Riyadh Ritz, once the most luxurious prison, to reopen as a hotel
CGTN 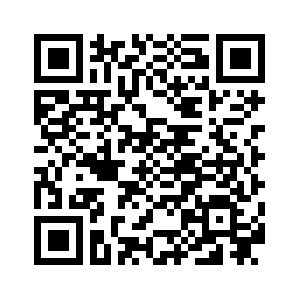 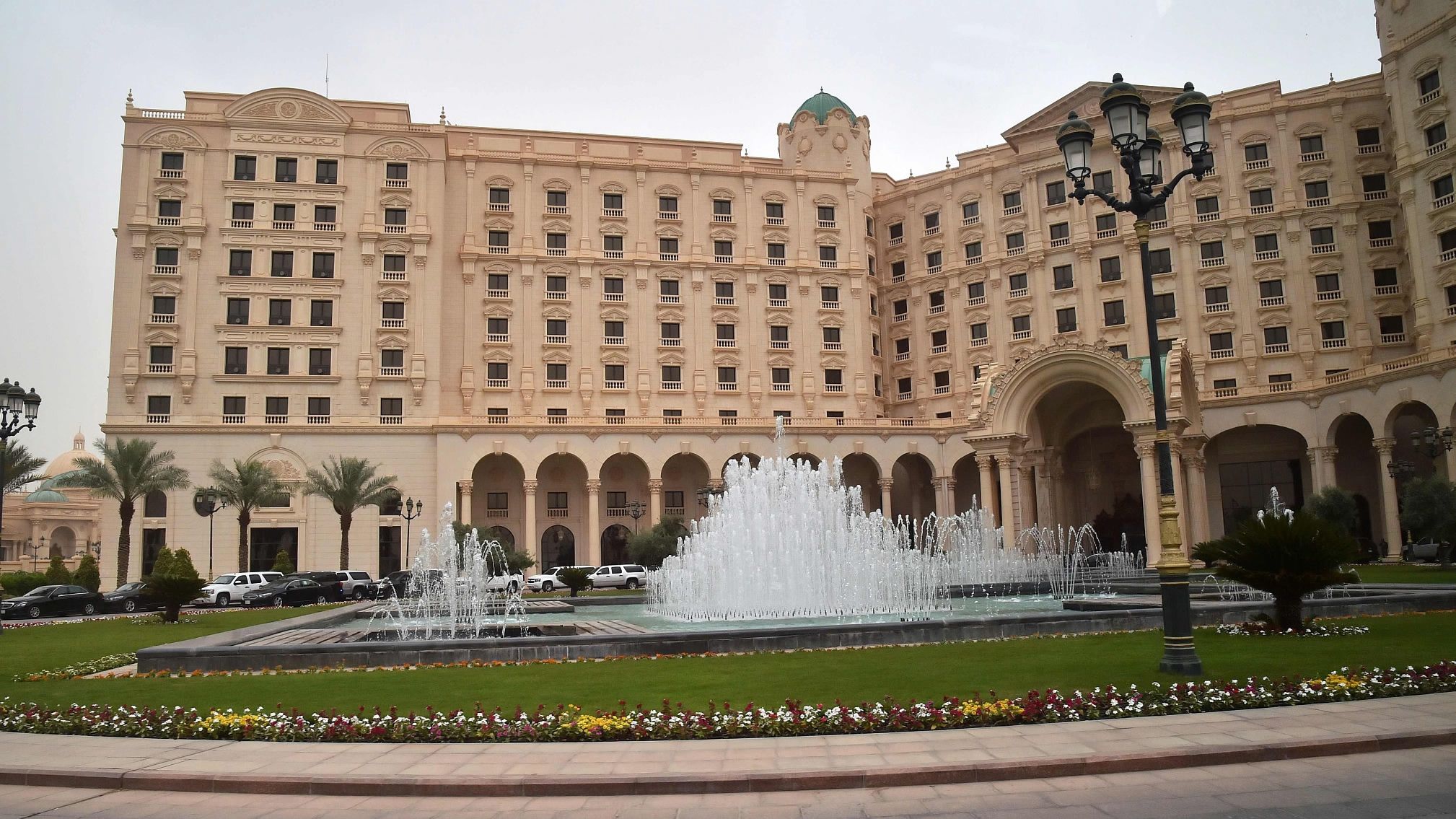 The Ritz Carlton in Riyadh, the capital of Saudi Arabia, was once a prison during Saudi Arabia’s crackdown on corruption, announced it will reopen for business next month.
According to Reuters, booking made by the public will be accepted starting February 14, 2018.
In a statement, a spokesperson for the Marriott hotel group, owner the Ritz-Carlton brand, claimed that “the hotel is operating under the directive of local authorities and not as a traditional hotel for the time being.”
Dozens of senior officials, royal families and businessman were confined in the five-star hotel as the government launched the corruption purge in early November last year.
As the Telegraph reported, around 200 detainees, most of which are the richest and the most powerful men in the country, have occupied over half of the hotel’s 492 rooms.
The hotel was evacuated on November 4, 2017, sparking fears, concerns and rumors.  Since then, the hotel’s Internet and telephone lines have been disconnected.
As New York Times reported, a search of the hotel’s reservation page on November 4 showed that the hotel was “not available for check-in until December 16.”
In late November, senior Saudi Prince Miteb bin Abdullah, once one of the leading contenders to the throne, was freed after reaching a settlement with authorities which involved paying more than 1 billion US dollars, according to Reuters.
Another businessman, who also was held at the hotel, Prince Alwaleed bin Talal, is the chairman and owner of global investment firm Kingdom Holding. After reaching a settlement, he was freed from the hotel.
The Ritz, playing host to billionaires, heads of state and members of the Saudi royal family, then became the world’s most luxurious prison.
Ballroom B of the hotel, the glittering cage for the 200 detainees during the purge, can be used as a banquet room seating 1,400 people or a reception accommodating over 2,000 people. 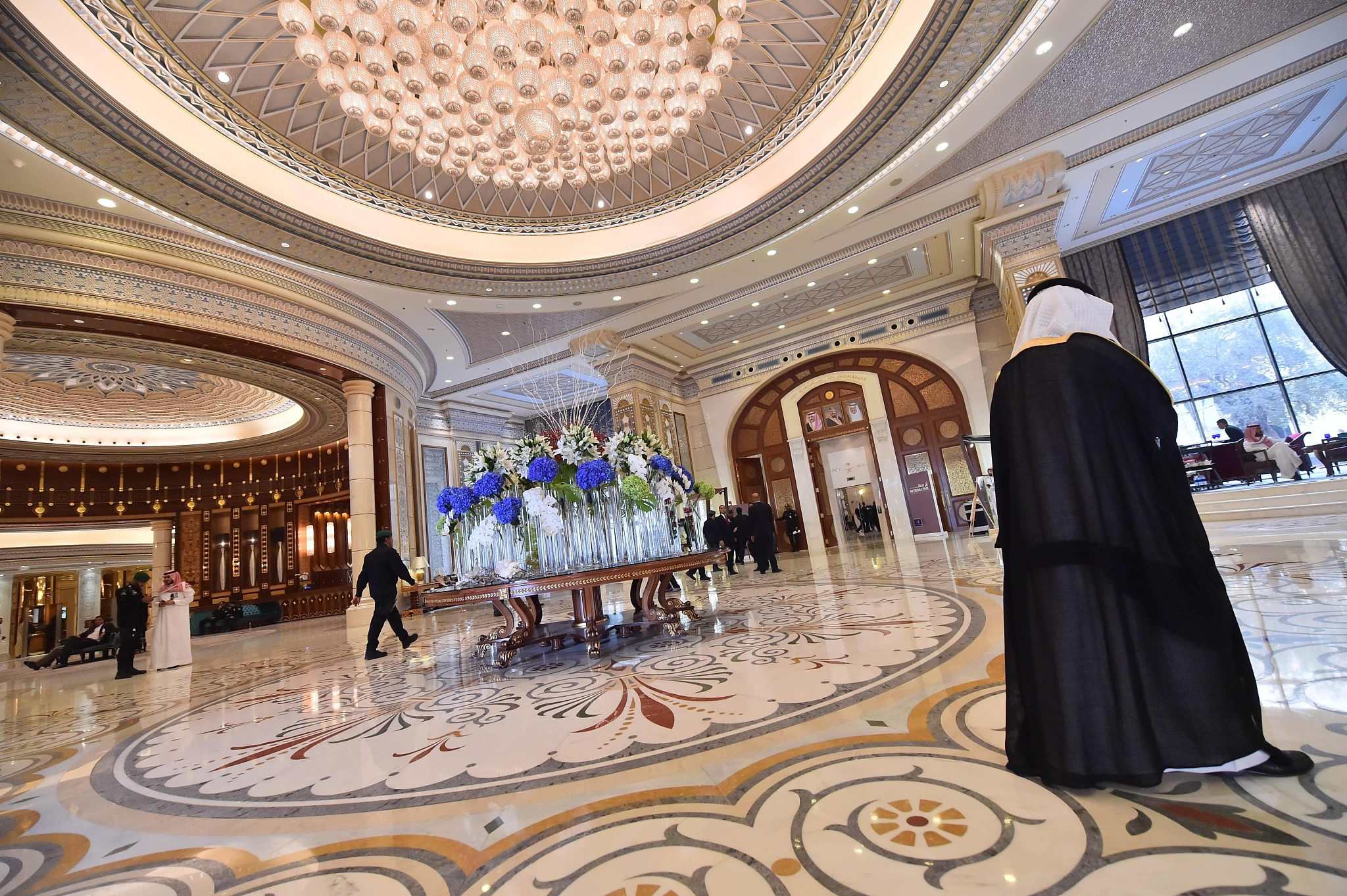 The Ballroom B, decorated with glittering chandeliers, once confined over 200 the richest and the most powerful elite of Saudi Arabia. /VCG photo

The Ballroom B, decorated with glittering chandeliers, once confined over 200 the richest and the most powerful elite of Saudi Arabia. /VCG photo

Back in May 2017, the hotel was festooned with the US flags when the US President Donald Trump visited the city and lived there. Also, his predecessor, Barack Obama also stayed at the hotel in a 2014 visit. 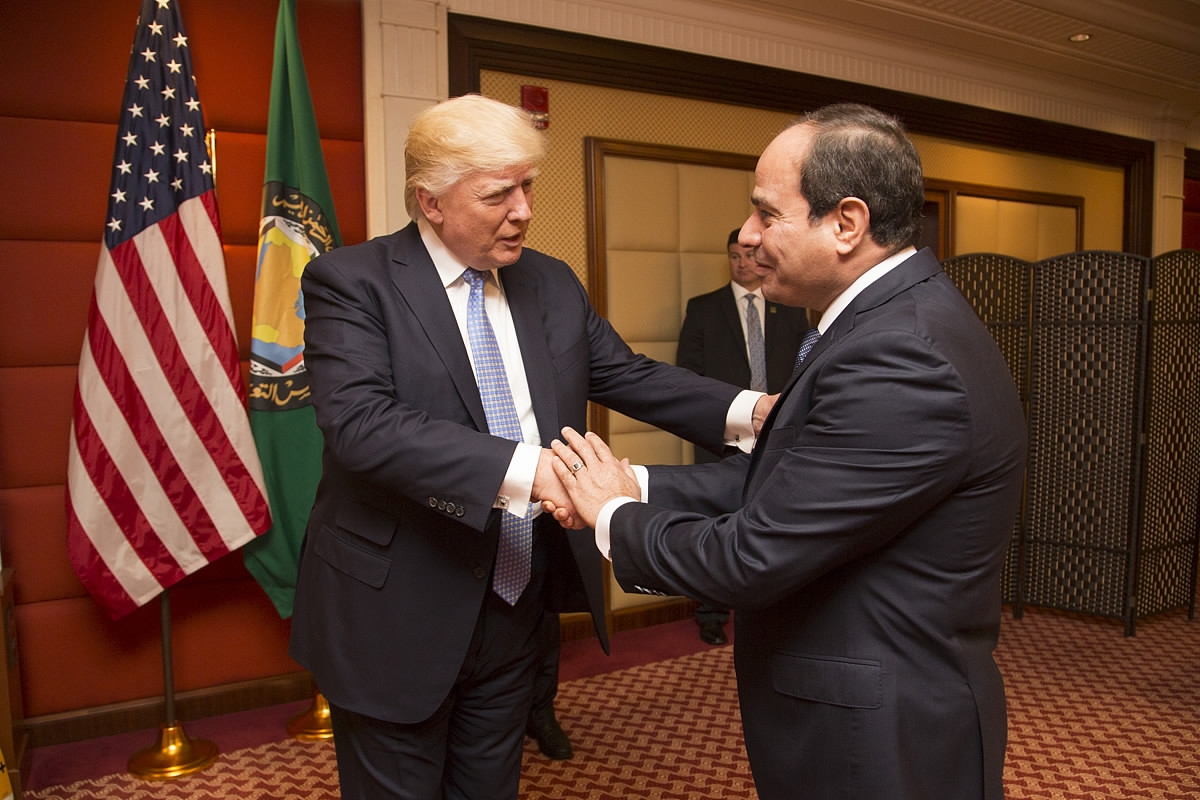 The hotel was festooned with American flags when the US president visit the country and lived here . /VCG photo

The hotel was festooned with American flags when the US president visit the country and lived here . /VCG photo