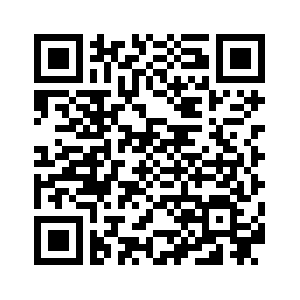 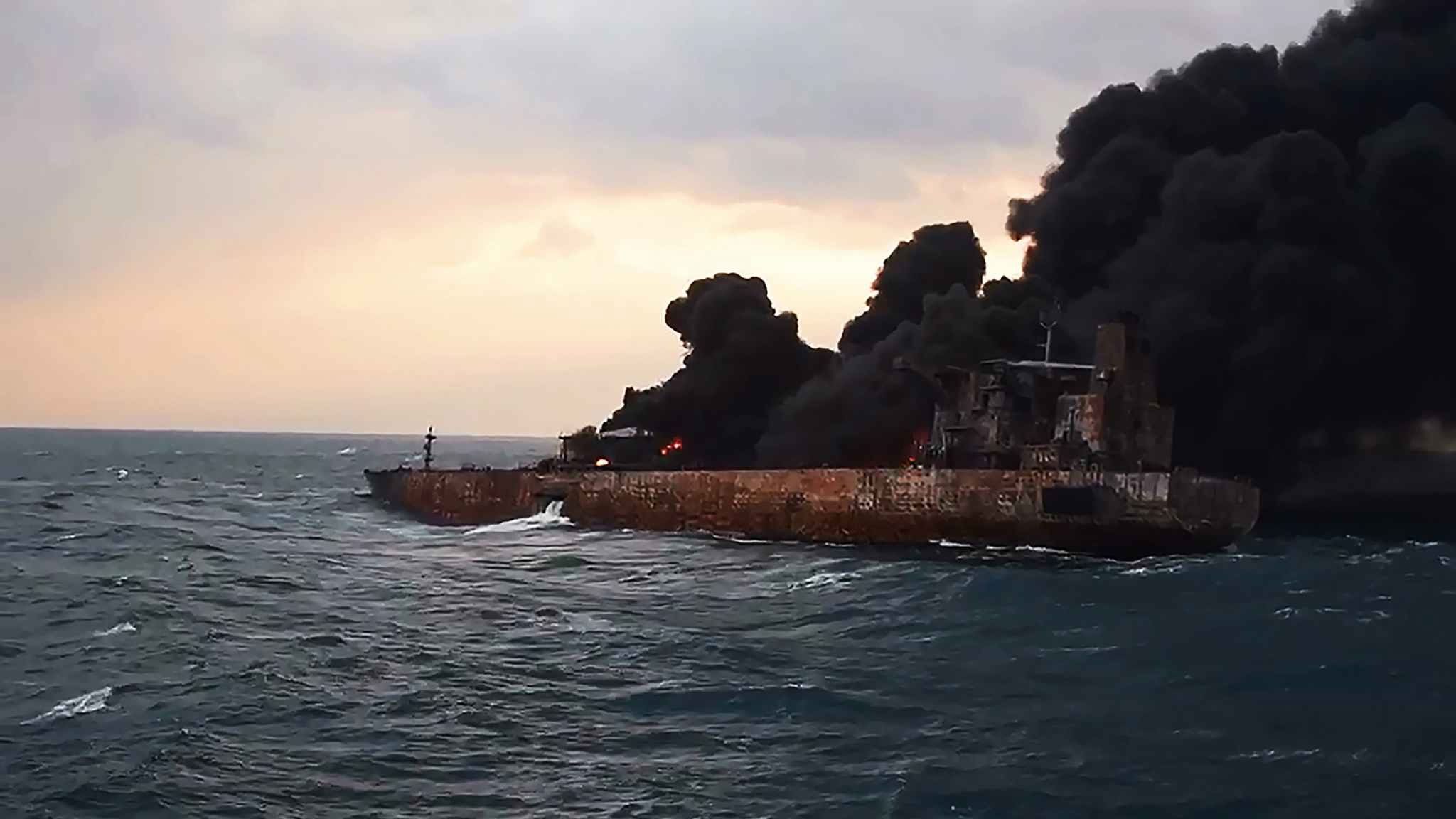 When Oil tanker the Sanchi and CF Crystal vessels collided on the East China Sea, it triggered another environmental disaster at sea. The collision of the Iranian oil tanker and the Chinese cargo ship cost 30 lives and caused huge environmental damage to the air and the ocean. It became another alarming environmental disaster in a long list of collisions and oil spills in the world's oceans.
The accident occurred 160 nautical miles to the east of Shanghai. Oil condensate, carried by Sanchi, is also called “natural gasoline," which is mostly hydrocarbon compounds. It is inflammable, volatile and extremely soluble. When burned, it emits nitrogen monoxide, nitrogen dioxide, nitrogen oxides, sulfur oxides, among other pollutants.
After burning for more than a week, the smog reached 3,000-meters high, and an area of more than 10-nautical-miles of spill spread could be seen. Oil spill, as well as the sunk wreckage, threatens marine life in the region. 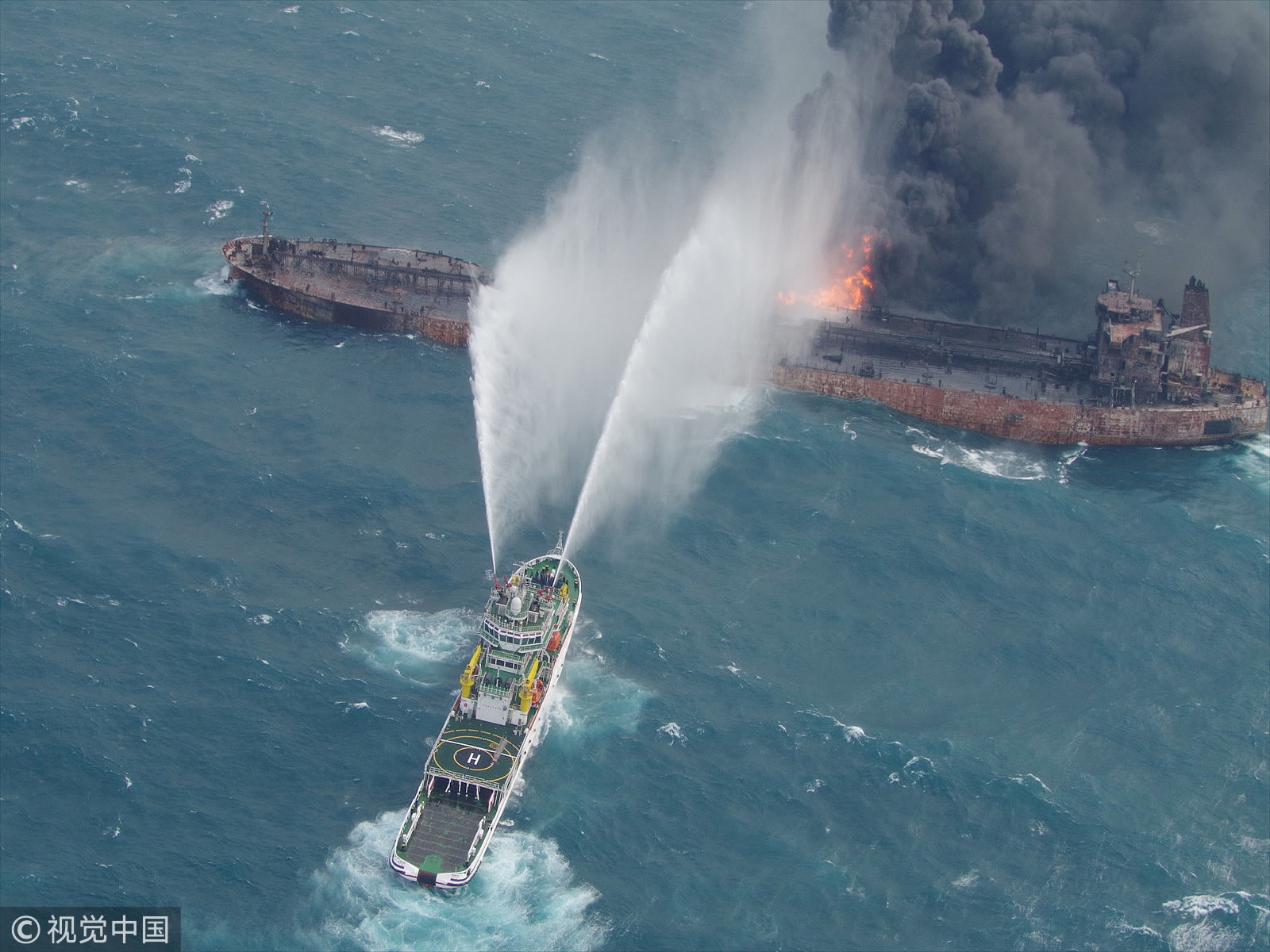 A rescue ship works to extinguish the fire on the stricken Iranian oil tanker Sanchi in the East China Sea, on January 10, 2018. /VCG Photo

A rescue ship works to extinguish the fire on the stricken Iranian oil tanker Sanchi in the East China Sea, on January 10, 2018. /VCG Photo

According to scientists, this area is rich in marine life. Whales and other sea mammals, different kinds of fish, shellfish, corals, and sea turtles are often spotted. At a time when ocean pollution is already recognized as a major threat and risk to marine life, which in turn compromises the human food chain and food safety, such an incident, makes the situation undoubtedly more worrisome.
Differing from a traditional oil spill, when heavy oil is often the rescue focus, oil condensate, or gasoline, is very difficult to manage because of its unique features mentioned above. Conventionally, peri, chemical and microbial methods are selected to clean up the spill. Each has its advantages and disadvantages, depending on the specific case. For the peri oil method, absorbing ropes are thrown into the impacted area to suck up spill. But gasol is very soluble in water, easy to evaporate, and inflammable. Such a method does not apply well. If chemicals are sprayed into the spill, it often disperses the spill, but creates secondary pollution. Microbial method relies on microorganisms to eat up spill, but it takes a much longer period of time.
Then the big question is what can we do?
Some immediate cleanup should be applied to reduce the negative impact as much as possible. In the meantime, close and comprehensive monitoring should be put in place so that we understand the current situation and what could happen next in order to come up with timely remediation and response. With the black box retrieved, analysis needs to be done so that we know the whys. 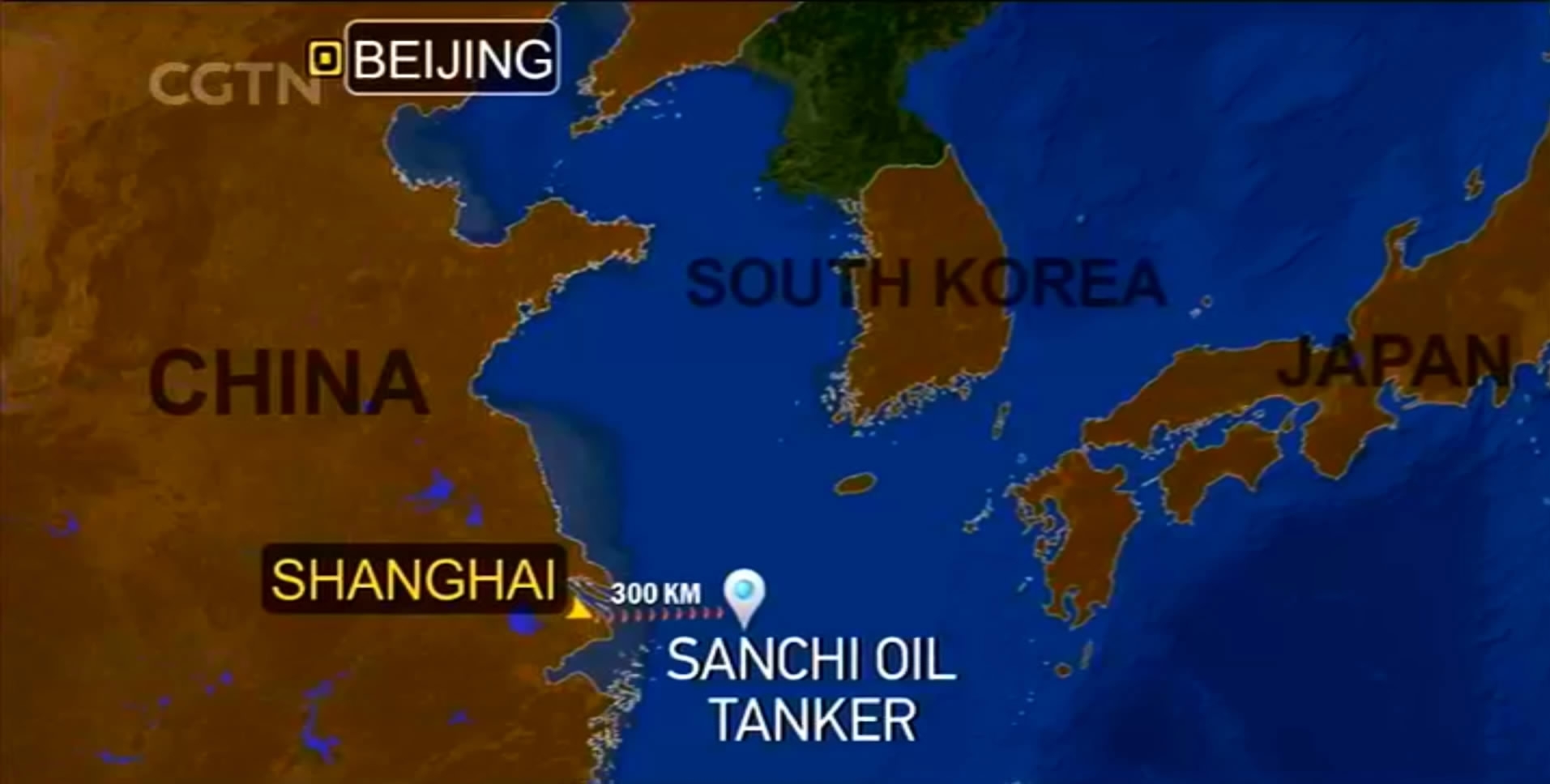 Rescuer onboard the sinking and burning oil tanker, Sanchi, in a rescue mission, January 13, 2018 /Photo released by Shanghai Salvage Bureau‍

Rescuer onboard the sinking and burning oil tanker, Sanchi, in a rescue mission, January 13, 2018 /Photo released by Shanghai Salvage Bureau‍

At a time of new industrial revolution, and when satellite, GPS, digital, AI, among other technologies are becoming pervasive, we are well equipped with the best technologies ever imaginable. We need to figure out how to prevent future accidents from happening.
Some thoughts to share. Firstly, the case should be studied to prevent future accidents from happening. Secondly, the liability is well established. Thirdly, both Chinese and global expertise should be pulled together to produce preventive frameworks and mechanisms. Fourthly, related countries need to join hands to establish and enhance global ocean environmental governance. And finally, global awareness and behavior change should be a priority too when protection and utilization of oceans are concerned.
(The author is China/Asia Director of Office of Jeremy Rifkin, Founder of TECONET. The article reflects the author's opinion, and not necessarily the views of CGTN.)