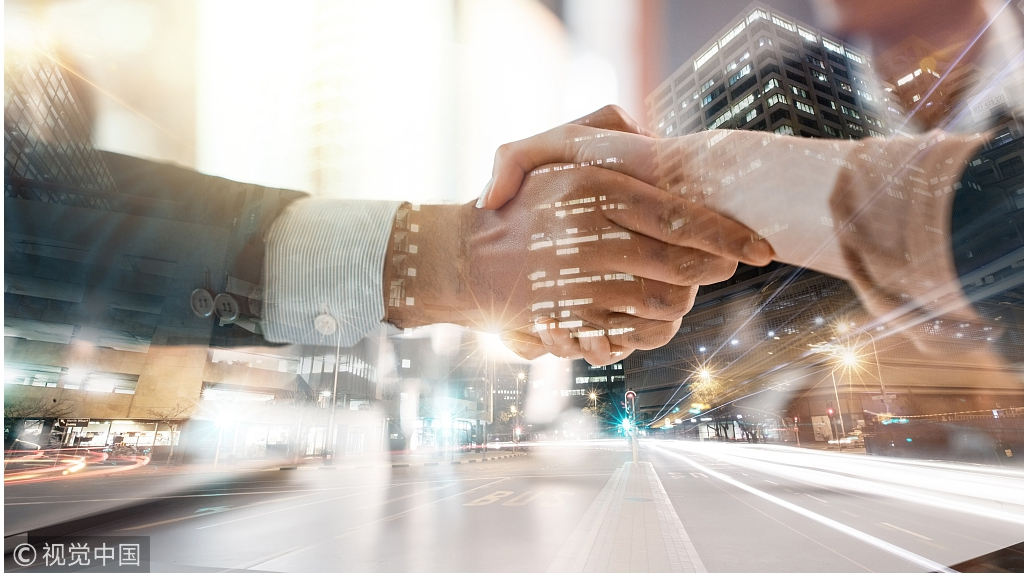 By Robert Lawrence Kuhn
One way to ameliorate tensions between countries, is to appreciate different cultures and to understand how different peoples think.
As Closer To China focuses on China, one contribution we can make is to explore foundations of Chinese culture and thought.
One of such thoughts is "Harmony and Cooperation", or 和合-Héhé in Chinese.
It is said that President Xi Jinping's thought on diplomacy for a new era is based on Harmony and Cooperation.
What's the origin of these terms? How have they evolved and developed? Are they truly overarching principles to guide policy or a linguistic decoration for situation-based pragmatism? 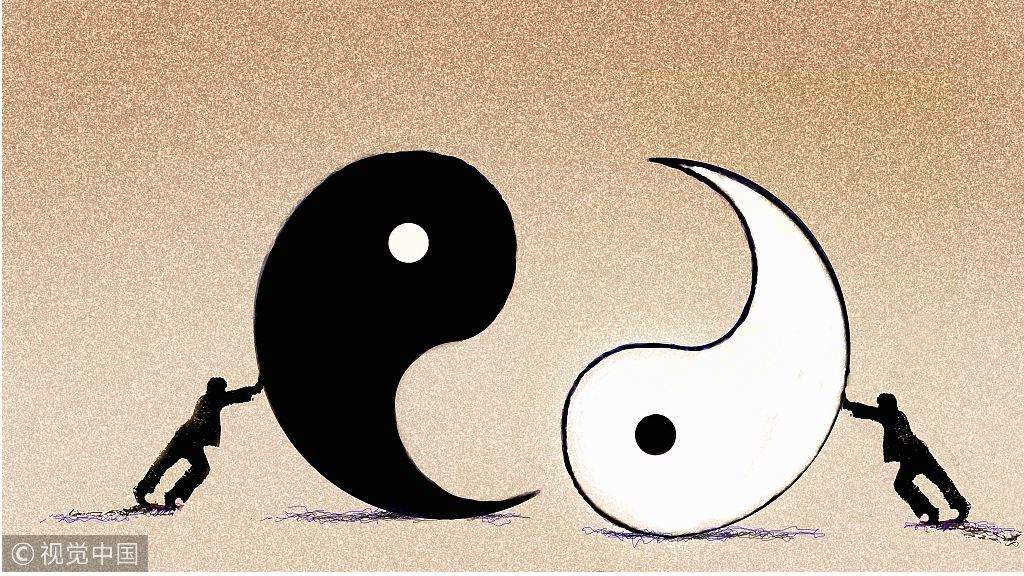 Businessmen pushing yin and yang symbols together./ VCG·Photo
和合- Héhé, harmony and cooperation, describes idealized relations among different segments of society that have potential for conflict.
Harmony implies differences; if everything or everyone were or thought the same, harmony would not make sense; if uniformity, no need for cooperation.
Considering China's long history, "harmony and cooperation" is not freshly coined political jargon, but a philosophical tradition.
Thousands of years ago, Chinese carved the character "He", which means harmony and peace, on tortoise shells, and Confucius expounded the philosophical concept of "harmony without uniformity", meaning that while the world is replete with differences and contradictions, the righteous man should seek balance to achieve harmony.
Given China's large area, vast population, and diverse interests, it has been difficult to find common ground. Thus, China was fertile soil in which the ideal of harmony and cooperation could flourish.
There is contemporary relevance. Given the complexity of domestic and international issues, China says it seeks to apply harmony and cooperation.
Domestically, for example, given severe socio-economic imbalances, eastern highly developed regions cooperate with western less developed regions, such as Shanghai sending doctors to Yunnan province and training Yunnan doctors in Shanghai.
Internationally, the Belt and Road Initiative, building infrastructure in poor countries, exemplifies cooperation in seeking a more harmonious world.
This is not to say that harmony and cooperation is a 'magic formula' that can solve all problems — rather, to China, harmony and cooperation is a universal principle that can contribute to prosperity within countries and peace among countries, thus enriching the global commons.
SITEMAP
EXPLORE MORE
DOWNLOAD OUR APP