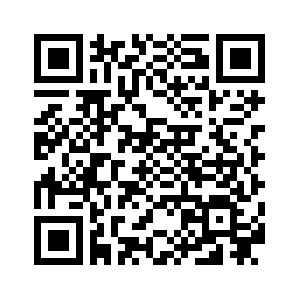 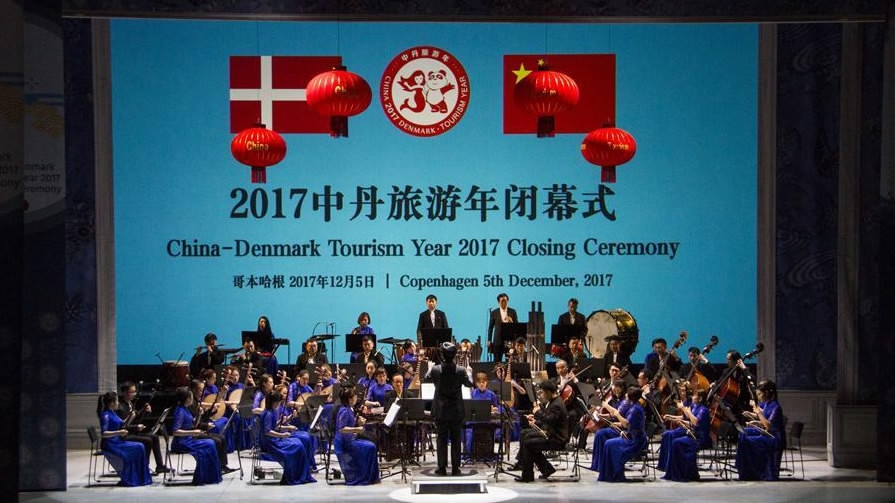 The 2017 China-Denmark Tourism Year ended with a gala closing ceremony in the Danish capital Copenhagen on Tuesday.
Some 1,000 people, including Crown Prince Frederik, Chairman of China National Tourism Administration Li Jinzao and Chinese Ambassador to Denmark Deng Ying attended the ceremony at the Royal Theater's Old Stage.
Officially launched in Beijing in February this year, the program aimed to boost travel and tourism between China and Denmark, the first European country to celebrate a Tourism Year with China. 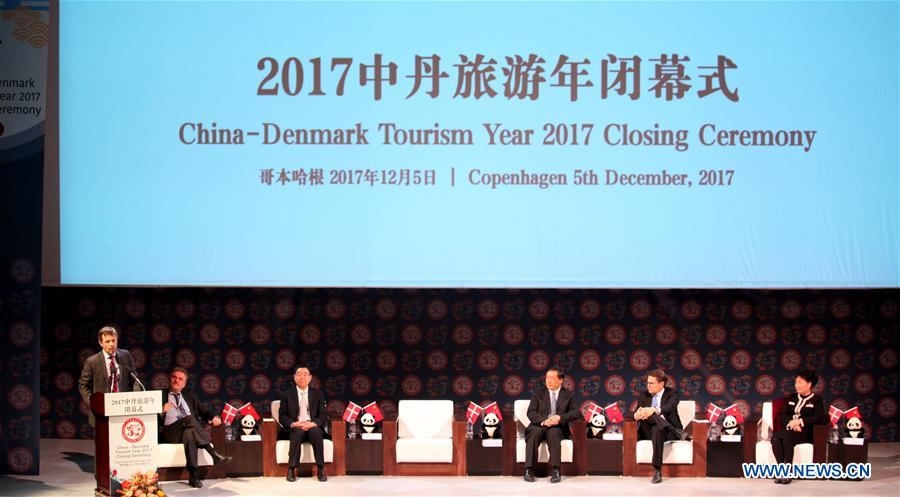 During the year, a host of exchange and cooperation events were staged including "Lighten up Copenhagen", the promotion of the Tea Road, "Panda's Tour in Denmark" and the China-Denmark Forum on Tourism Cooperation.
Speaking at the closing ceremony, Crown Prince Frederik said the event represented the strong relations between the two countries.
"The China-Denmark Tourism Year has created a great platform for meetings and exchanges at all levels of society," he said, adding that, "the new partnership established during the year is a strong indication of the continuous positive development in the relationship between China and Denmark." 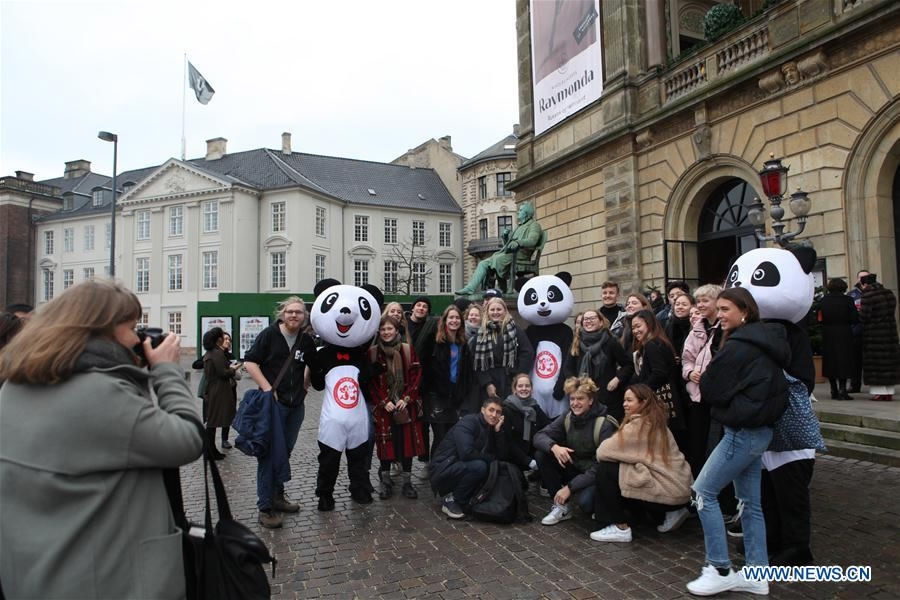 In May this year, Chinese Premier Li Keqiang met with Danish Prime Minister Lars Loekke Rasmussen in China, where a plan was unveiled to deepen cooperation from 2017 to 2020 and expand trade and investment.
Both sides identified agriculture, fisheries, food security, health and tourism as major areas for cooperation.
According to Li Jinzao, the Tourism Year has delivered the strong commitment made by the leadership of the two countries and has had pragmatic content that also facilitate the cooperation of airlines, culture exchanges and financial development.
"Tourism is not only a culture exchange activity, but also an industry that connects people with destination countries and help the development of local economic growth, job creation and the improvement of local people's livelihoods," Li said. 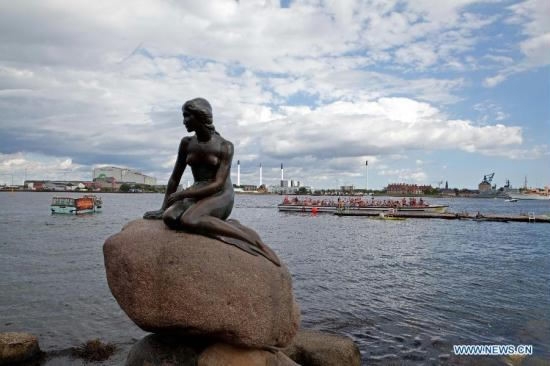 Over the past few years, Denmark has witnessed a growing number of Chinese tourists.
Figures show that Chinese tourists to Denmark quadrupled to about 200,000 in 2015 from only 50,000 in 2010.
"The China-Denmark relationship is an important part of the overall China-EU relationship. The successful conclusion of the China-Denmark Tourism Year is a new starting point to boost China-Denmark and China-EU cultural interactions," Ambassador Deng said.
Source(s): Xinhua News Agency