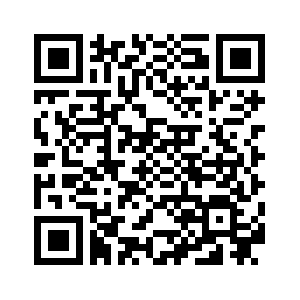 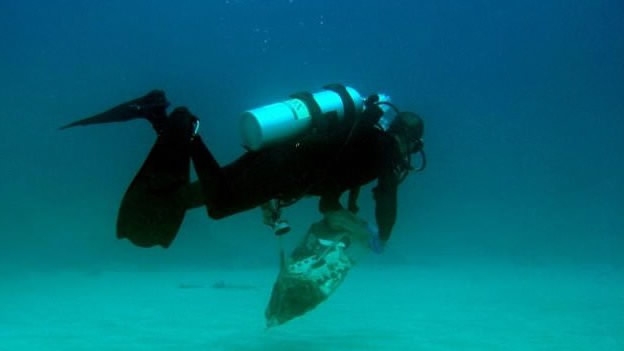 Lebanese divers plunge below the surface, scuba tanks on their backs and nets in hand. But what they're looking for under the sea's surface is not treasure, it's trash.
The group is conducting a clean-up below the waves, one of many initiatives emerging from Lebanon's civil society and private sector in response to the government's failure to address a long-running garbage crisis.
The dive, off the town of Tabarja, 25 kilometres north of Beirut, proved fruitful: the divers emerged with nets full of plastic and glass bottles, rusted drink and food cans and even tyres, as a few swimmers nearby looked on bemused.
"What we saw down there, it makes your heart hurt," said Christian Nader, a 19-year-old student, who has been diving for five years.
The event was organised by Live Love Beirut, a group of Lebanese working to promote a positive image of their country. The group said more than 100 divers joined clean-ups at eight sites along the country's coast over two days. 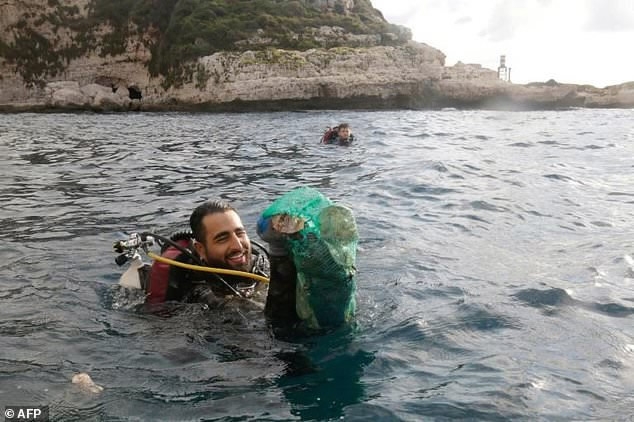 More than 100 divers joined a clean-up campaign at eight sites along the country's coast./AFP Photo

More than 100 divers joined a clean-up campaign at eight sites along the country's coast./AFP Photo

"It's sad, it's our sea. There should be awareness campaigns, the state should help us clean," Nader said.
But Lebanon's government has proved serially unable to address the country's rubbish crisis, which reached catastrophic proportions in the summer of 2015.
Mountains of trash piled up in the streets of Beirut and its surroundings after the nation's largest landfill closed down.
That site had been years overdue for closure, and the government had pledged to find an alternative before it was shuttered but failed to do so in time.
So there was nowhere for collectors to send the rubbish produced by the two million residents of Beirut and its environs.
Experts warn the nightmare scenario could soon be repeated thanks to the government's continued failure to adopt a comprehensive waste management strategy, even as the country produces 6,000 tonnes of refuse a day.

No 'plan for the future'

In response to the 2015 crisis, and the massive demonstrations it provoked, the government in March 2016 approved a "temporary" plan to reopen two long-closed dumps in the Beirut area.
But the massive backlog created by months of accumulating and uncollected trash meant the two sites quickly reached capacity.
Authorities are now examining the possibility of expanding the sites.
"The government must start to think seriously about lasting solutions and start putting them in place, even if it's little by little," said Lama Bashour, head of the Ecocentra environmental consultancy.
Like many experts, she emphasized the importance of "sorting and recycling" waste. 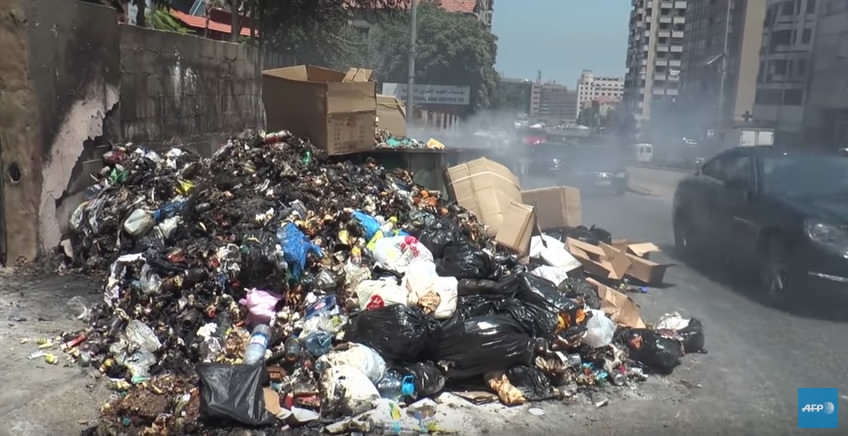 A screenshot of an AFP video showing garbage being burnt on the streets of Beirut./CGTN Photo

A screenshot of an AFP video showing garbage being burnt on the streets of Beirut./CGTN Photo

European Union funds have helped pay for several sorting and composting facilities in Lebanon, but there are still more than 900 unlicensed dumps nationwide, according to an official study.
"The government should first of all have a strategy," said Farouk Merhebi, a waste management expert.
"By 1997, it was an emergency plan. Today we are in 2017, and we are still in an emergency plan. So we are reacting, we don't plan for the future."
He said the failure to produce a proper strategy had dire consequences.
"Any region where there is no waste management facility, they are resorting to burning of the waste. Most of the municipalities burn their waste."
Despite the large quantity of recyclable material being deposed of each day, just 15 percent of it is actually recycled, according to a source with knowledge of the sector.

The government is reportedly now studying a plan that would seek to decrease waste and boost recycling, something that Ziad Abi Chaker, of the company Cedar Environmental, has long called for.
Founded in the late 1990s, Abi Chaker's firm now runs eight sorting centres across Lebanon, including one in the idyllic forested peaks of Mount Lebanon's Beit Meri.
In the large metal warehouse, workers sort in a chain, taking apart blue and black garbage bags and pulling out recyclables including glass, plastic and metal.
The company boasts of sorting 80 tonnes a day at its facilities, sending reusable items on to recycling factories.
"We've proved that the concept of zero waste, in a decentralised framework, can succeed," said Abi Chaker. 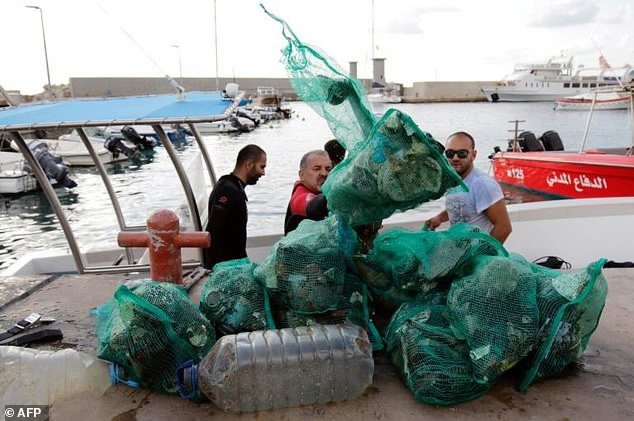 Lebanon is facing another imminent garbage crisis as the country produces 6,000 tonnes of refuse a day./AFP Photo

Lebanon is facing another imminent garbage crisis as the country produces 6,000 tonnes of refuse a day./AFP Photo

But elsewhere, attempts to tackle the waste crisis have been less of a success story.
In the southern seaside town of Sidon, a mountain of smelly trash has appeared on the shore, despite the presence of a new waste management facility.
The mountain is made up of what is known as "residues" that can neither be recycled nor composted and ordinarily should be placed in a sanitary landfill.
But no such landfill is available yet, so the leftovers are piling up on the facility's site, right next to the water's edge.
The municipality says it is planning to build a landfill to address the mountain, now several meters high.
In the meantime, residents simply have to put up with the stink.
At the mountain's base, fishermen seem almost oblivious to it as they cast their lines into the shallows, hoping for a bite.
Source(s): AFP