What robot strippers say about sexism, tech and the future 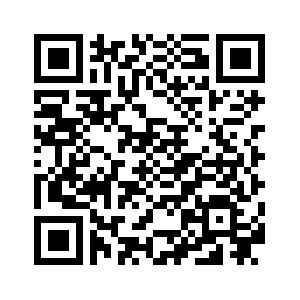 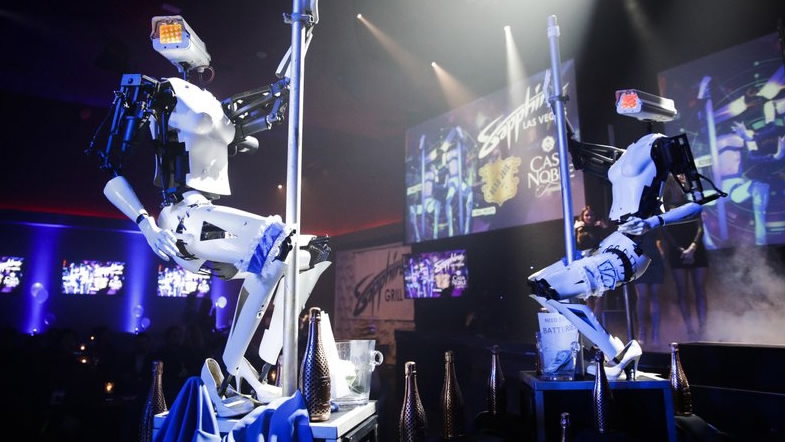 On a recent evening in Las Vegas during the CES technology show, robot strippers offered a window into technology’s gender fault lines – not to mention our robot future.
From a distance, the mechanical humanoids on a strip-club stage looked something like real dancers in robot drag. But close up, they were clearly mannequins with surveillance-camera heads and abstractly sculpted feminine chests, buttocks and backs, shimmying and thrusting their boxy plastic hips.
On one level, this was a classic Vegas stunt, a cheap way for the club to cash in on the presence of the world’s largest tech convention. After all, the android dancers weren’t really strippers, since they wore no clothes; in fact, they were barely even robots, since they were tied to their poles and only capable of a limited set of motions. 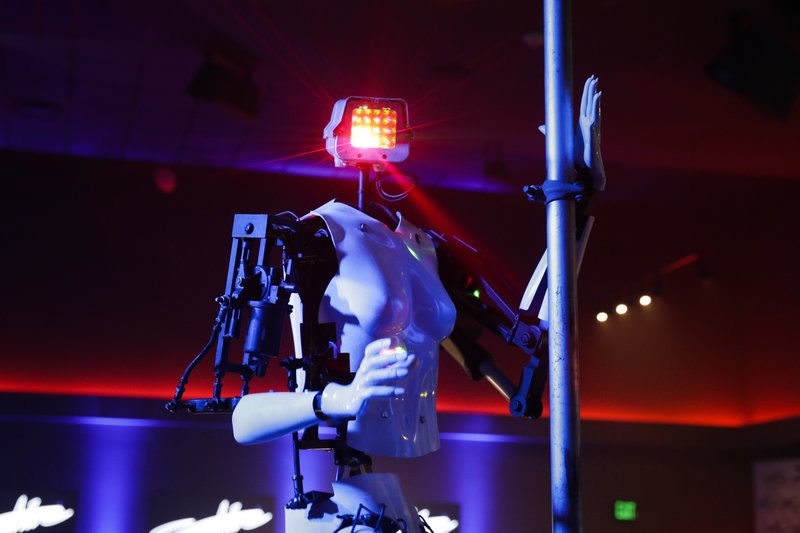 Robot strippers are tied to their poles and only capable of a limited set of motions. /AP Photo

Robot strippers are tied to their poles and only capable of a limited set of motions. /AP Photo

But they still provided some striking parallels to the much bigger tech show nearby. The robots served a racy but utilitarian function by drawing gawkers to the club, much the way provocatively clad “booth babes” lure CES visitors to wares on the convention floor. And they offered a glimpse of futurism crossed with sex, the sort of thing previously provided by the porn expo that used to overlap with the final days of CES.
“I see robotic strippers and I see half-naked women on the showroom floor promoting products,” said Ashleigh Giliberto, a CES attendee who works at a public-relations firm. “It’s like, aren’t we worth more than that?”

Last year was a watershed moment for women speaking out against sexism and sexual abuse, much of which reverberated through the tech industry.
Uber co-founder Travis Kalanick was forced to step down as CEO after he fostered a startup culture rife with alleged sexual misconduct. Several prominent venture capitalists likewise left their firms following accusations that they’d made unwanted sexual overtures to female entrepreneurs.
CES itself has long had a boy’s club atmosphere. Only about 20 percent of attendees this year are women; just two of the 15 keynote speakers at CES are female, as are only a quarter of the roughly 900 total speakers.
The conference took pains to note that it has no affiliation with the strip club nor its temporary robot workers. In a statement, organizers said they do not tolerate “inappropriate behavior on our convention grounds or at official show events.” Unsanctioned events, the statement said, aren’t reflective of CES “or the tech industry at large.” 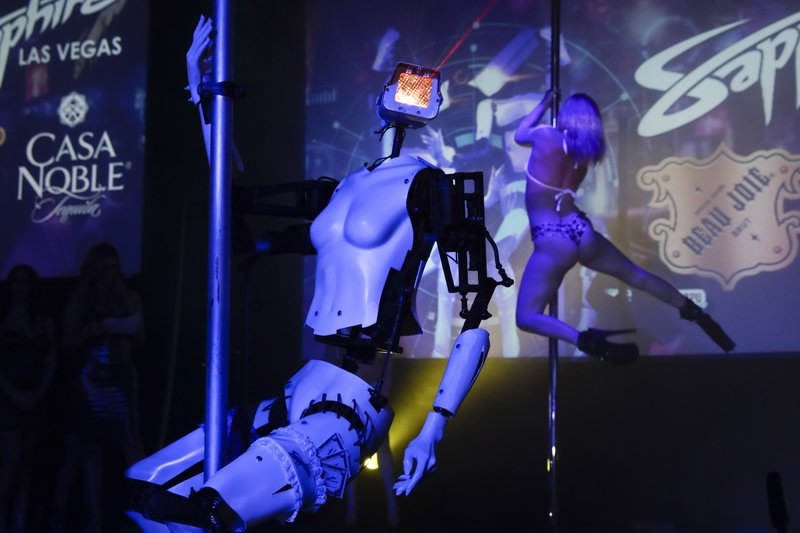 A pole-dancing robot performs at a gentlemen’s club Monday, January 8, 2018, in Las Vegas. The event was held to coincide with CES International. /AP Photo

A pole-dancing robot performs at a gentlemen’s club Monday, January 8, 2018, in Las Vegas. The event was held to coincide with CES International. /AP Photo

Yet critics point out that CES doesn’t do much else to create a positive environment for women. For instance, while the convention prohibits sexual harassment and other misbehavior, it doesn’t lay out its policies in a formal code of conduct for attendees the way many other large tech gatherings do.
Neither has it ever instructed attendees, participants and hosts “to not have booth babes, strippers, objectified, sexualized women as part of the ‘entertainment,’” said Cindy Gallop, a former advertising executive turned sex-tech entrepreneur. (CES policies do forbid the use of escort services, though.)
CES participants didn’t have to visit the club to come across the robots; images were prevalent on social media searches for CES-related posts. Their presence during the show reflects “a tone-deafness about women and gender within the industry,” said Elizabeth Ames, a senior vice president at the Anita Borg Institute, a nonprofit aimed at advancing women in the technology business.
Executives from the Consumer Technology Association, which oversees CES, have promised to “redouble” efforts to add women’s voices to the speaker lineup next year. But those same officials have said they’re hamstrung by a policy that restricts keynote slots to company CEOs – most of whom are men.
Tania Yuki, CEO of the social analytics firm Shareablee and a speaker at CES, said she doesn’t think the show’s organizers are purposely sexist, just trapped in status-quo thinking that worked for years. The dearth of female speakers and the presence of scantily clad show floor models are more “lazy” than “deliberately offensive,” she said.

Sex and technology (and art) 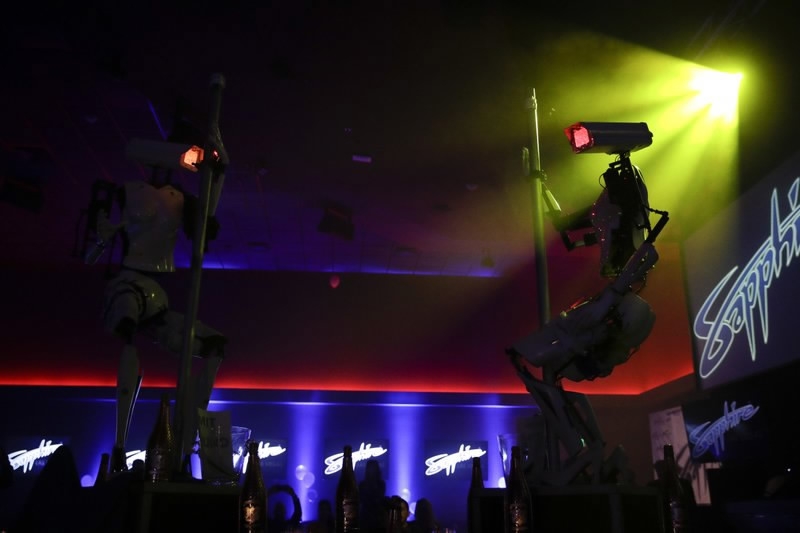 The robots are the work of artist Giles Walker, who made them seven years ago after he found two surveillance cameras on a warehouse floor. /AP Photo

The robots are the work of artist Giles Walker, who made them seven years ago after he found two surveillance cameras on a warehouse floor. /AP Photo

The robots are the work of artist Giles Walker, who made them seven years ago after he found two surveillance cameras on a warehouse floor. “I wanted to do a sculpture about voyeurism and the power between the voyeur and the person who’s being watched, ” he said.
Walker acknowledged that bringing the robots to the strip club for an undisclosed fee has led the project astray from his initial vision. “I’m not going to pretend,” he said. “They’re paying my bills and giving me the chance to do other art that I do which is much less commercial and is much more underground.”
But his sexualized androids also point to a future in which robots might not just take on many jobs now held by people, but are also likely to become companions – even intimate companions, a subject that squicks out many actual humans. Some of these robocompanions are already here; high-end sexbots with ultra-realistic silicone “flesh” and artificial-intelligence personalities are available online for as much as 15,000 US dollars.
As robot technology advances, that future could get very weird very quickly. For instance, academics are already wrestling with the ethical implications of sexbots designed to look like children, not to mention practical questions such as whether they might deter actual pedophilia.
10064km
Source(s): AP