Was 2017 the year that Chinese fintech grew up?
CGTN's Nicholas Moore 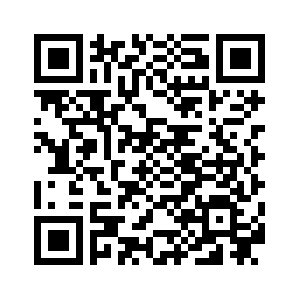 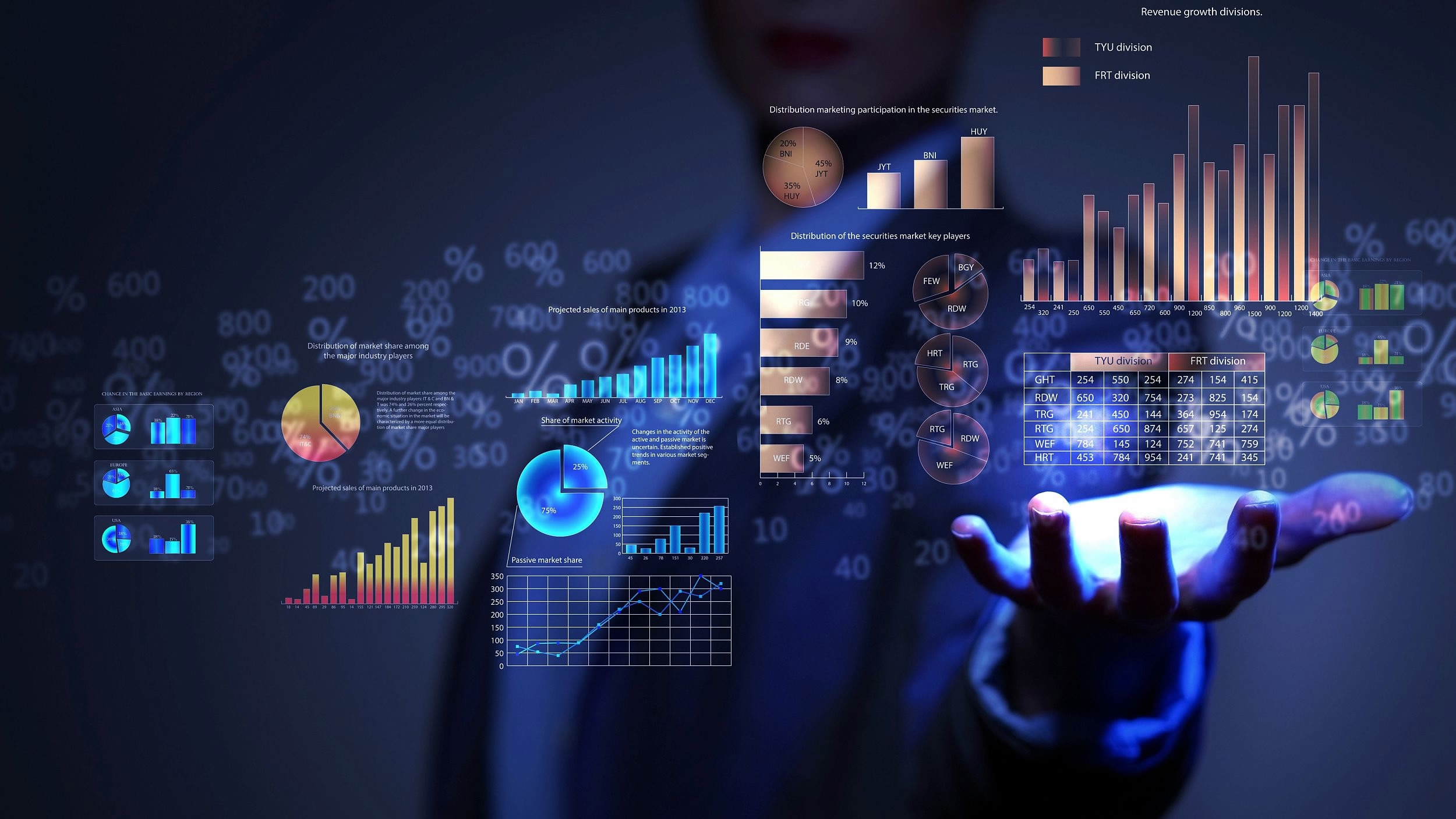 Recent years have seen the Chinese fintech sector boom, with an array of startups attracting hundreds of billions of yuan in investments, and China seemingly at the forefront of technological innovation in finance.
Every boom has to slow down eventually, and 2017 has seen consolidation and growing maturity in the sector, with tighter regulations in place as authorities look to keep pace with whirlwind growth.
Technology like blockchain and big data are now being adopted to solve real problems, boost efficiency and lay the foundations for fintech to become much more than just another flash in the pan. 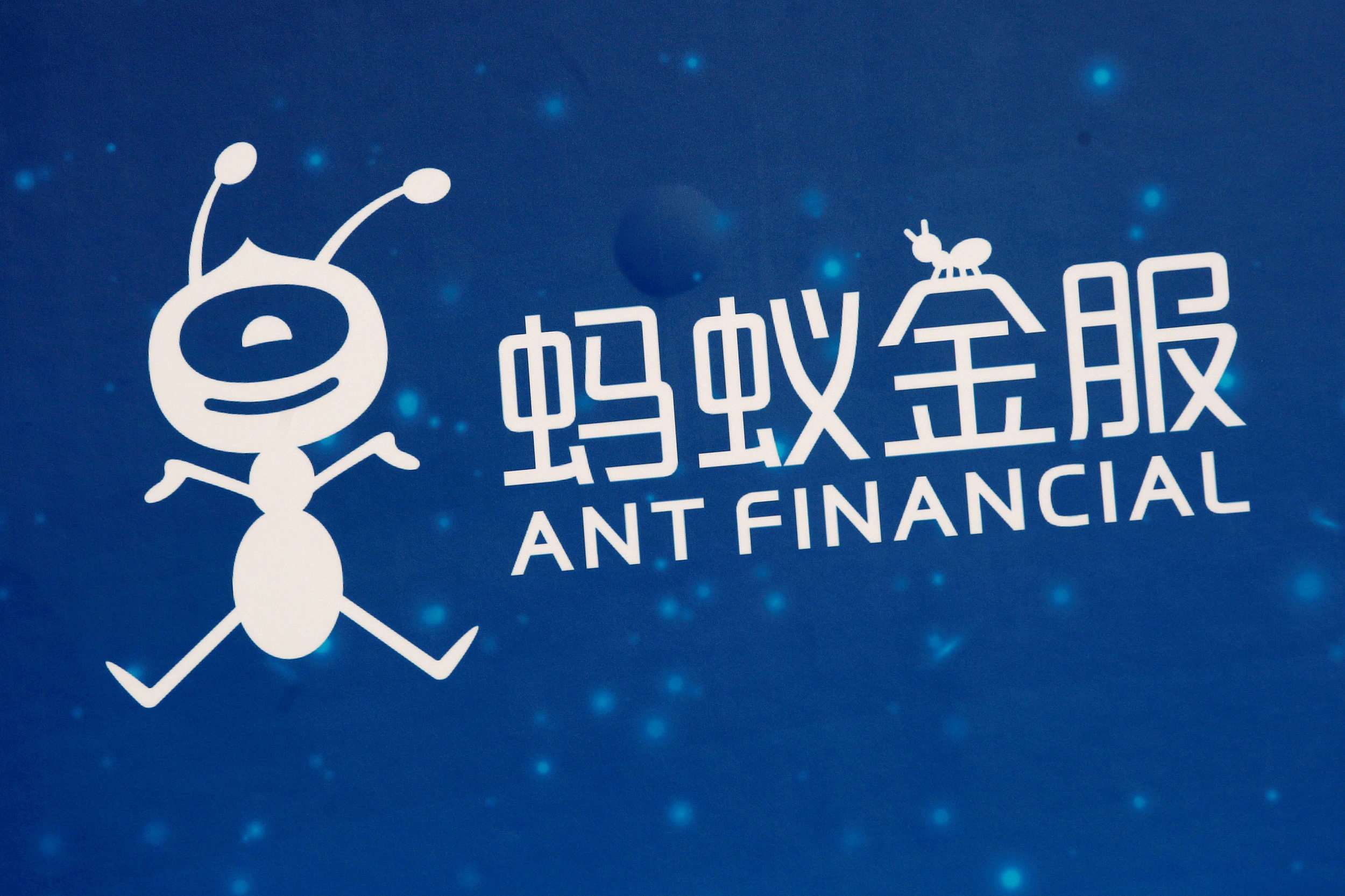 The financial arm of Alibaba, Ant Financial could be worth almost 75 billion US dollars, according to CLSA. /VCG Photo

The financial arm of Alibaba, Ant Financial could be worth almost 75 billion US dollars, according to CLSA. /VCG Photo

Meanwhile, despite early excitement for areas such as peer-to-peer (P2P) lending and financial robo-advisors, risks to investors and teething problems have forced those behind the fintech sector to readjust and provide solutions that are both useful, safe and innovative to their customers.

While investments in the Chinese fintech sector tripled to almost 10 billion US dollars in 2016 compared to the year before, 2017 has seen a significant drop in corporate fintech investments across Asia. KPMG reports that corporates have only put 840 million US dollars into the sector in 2017, compared to 6.8 billion US dollars in 2016.
That fall has coincided with IPOs for online lender Qudian and Internet insurer Zhong An, as well as a push into Southeast Asia by Chinese fintech companies, suggesting China’s giants in the sector are maturing and the startup boom is slowing down. 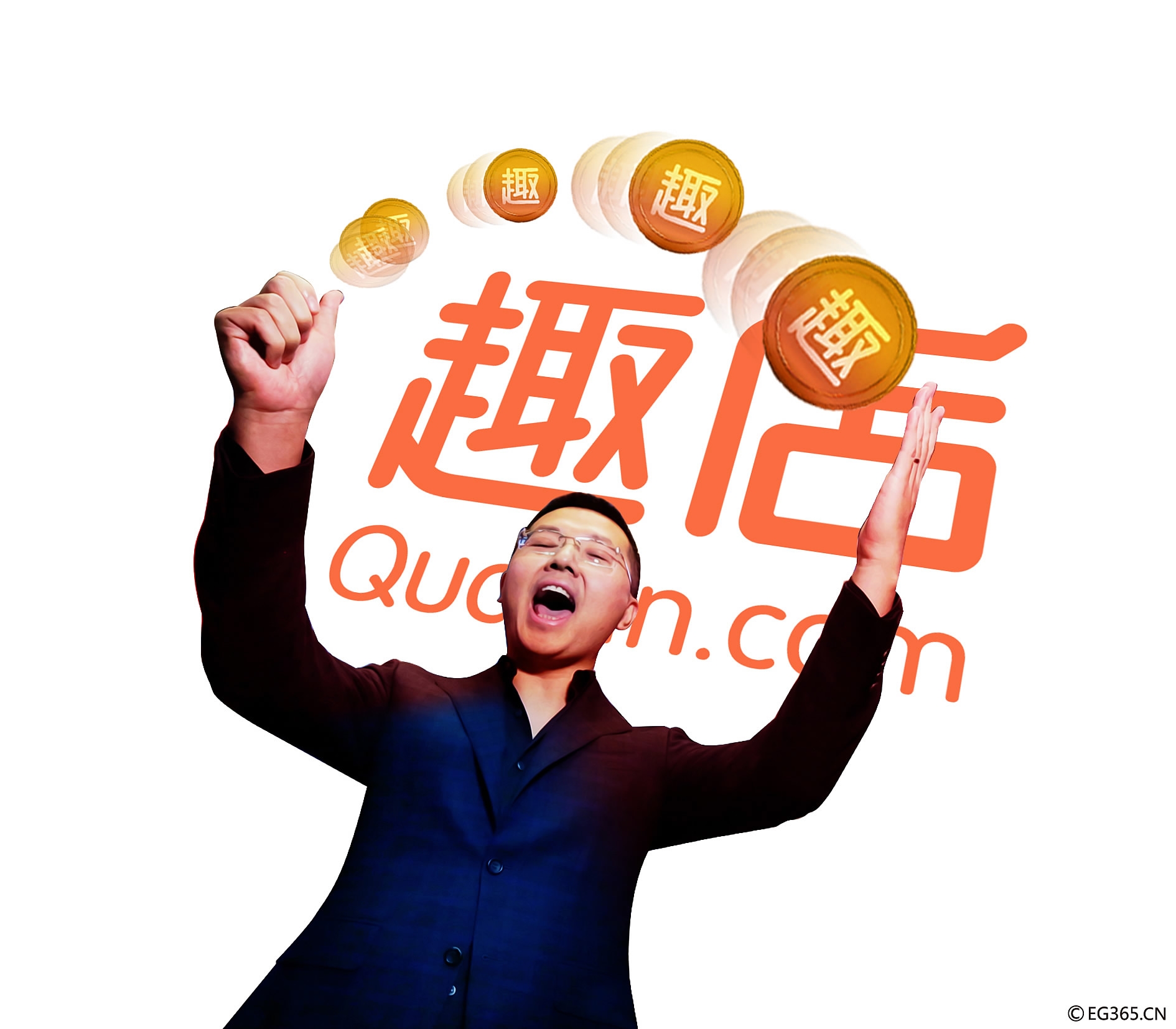 Online lender Qudian raised 900 million US dollars after its US IPO in October this year. /VCG Photo

Online lender Qudian raised 900 million US dollars after its US IPO in October this year. /VCG Photo

KPMG’s report also suggested that Chinese fintech is moving from a B2C model to B2B, saying “fintech companies that might have started with a customer focus are now embracing a business-to-business model, providing their solutions to traditional financial institutions”.
This comes after greater regulations from authorities, following scandals over Ponzi schemes played out through lending platforms like Ezubao, which saw more than 50 billion yuan (7.2 billion US dollars) worth of investments taken illegally from one million users.

The fallout of the Ezubao scandal has put greater pressure on the wider P2P lending domain, with a series of regulations rolled out in 2017, including caps on investments and platforms being required to keep money in third-party investor funds. 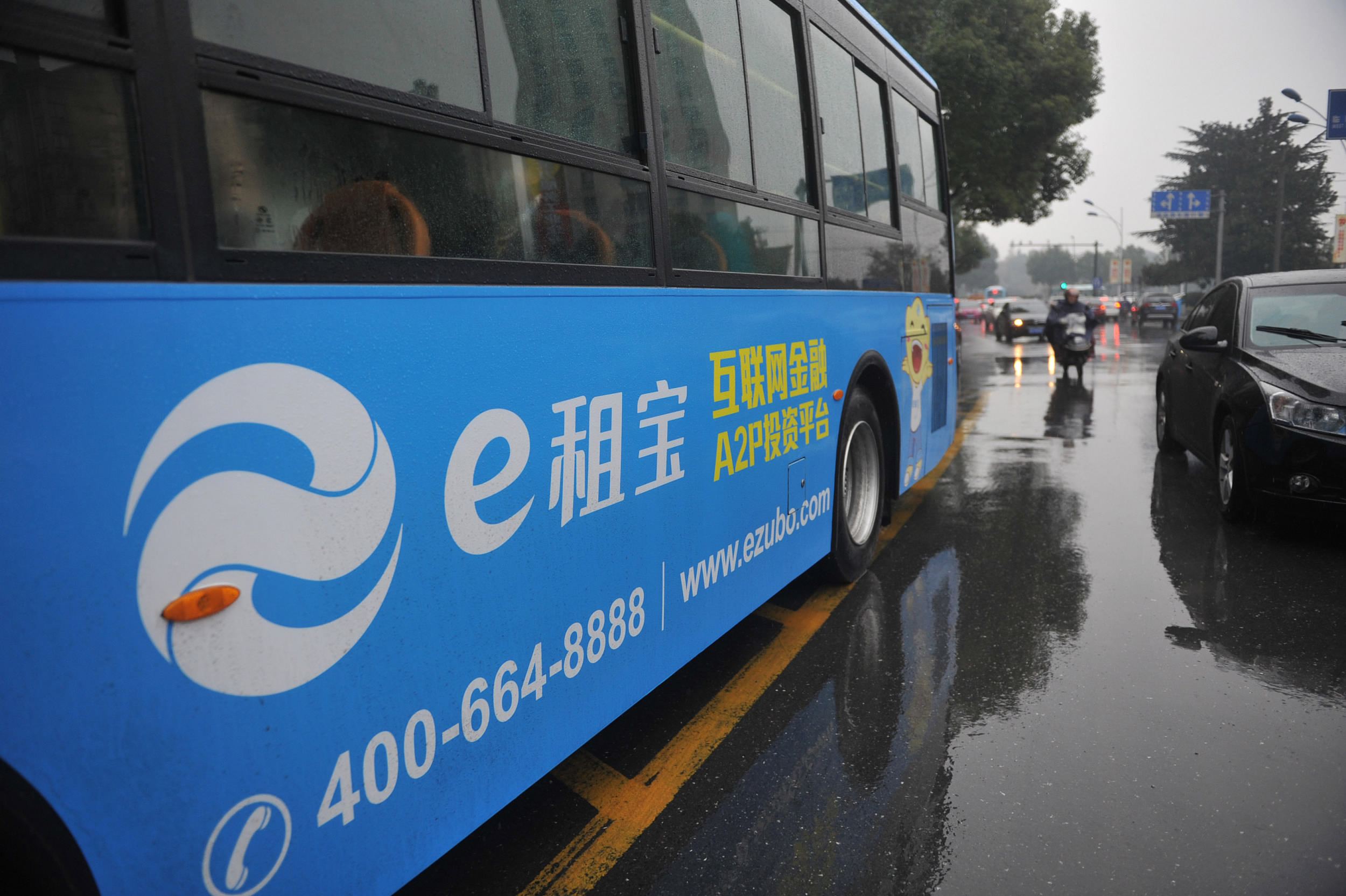 An advert for Ezubao on the side of a bus in Hangzhou, Zhejiang Province in 2015. /VCG Photo

An advert for Ezubao on the side of a bus in Hangzhou, Zhejiang Province in 2015. /VCG Photo

There were more than 2,400 different P2P platforms at the start of the year, and while the new rules put pressure on smaller players in China’s online lending market, bigger names like Qudian, Lufax and Dianrong.com now claim to play by the rules.
One other area that has struggled in 2017 has been robo-advisors. In 2016, China Merchants Securities predicted that by 2020, some 5.22 trillion yuan (758 billion US dollars) worth of assets would be managed by robot financiers.
However, this year Nomura has said that there is a big gap between what robo-advisors claim they can do, and what they can actually deliver. This has been reflected by skepticism and slow take up in the finance industry.
A PwC report this year found that 75 percent of managers believe that globally only 100 billion US dollars’ worth of assets will be managed by robo-advisors, well below industry expectations.

2017 has, according to consulting firm Oliver Wyman, seen “tech” play a greater role than “fin” in China’s fintech sector, with technology being applied to solve real problems in finance rather than to simply boost profits.
China may have banned initial coin offerings and closed some of the world’s biggest cryptocurrency exchanges, but that doesn’t mean blockchain has been eyed with the same amount of suspicion.
A research center focusing on blockchain technology backed by the Chinese government was launched in September and the People’s Bank of China is researching how blockchain could digitize the Renminbi.
A study by McKinsey says that blockchain will not only make financial transactions faster in China, but will also develop the growing digital insurance sector. A report by EY points to the huge potential in China’s “massive and underserved SME market,” which receives only 20-25 percent of bank loans despite accounting for 60 percent of GDP.
The report says blockchain technology could dramatically open up new sources of finance to SMEs, and provide “10x solutions… that are an order-of-magnitude better than what they replace.”

The enormous spending on fintech in 2015 and 2016 arguably sealed China’s place as a global leader in the field, and 2017 has seen the sector come of age in many regards. 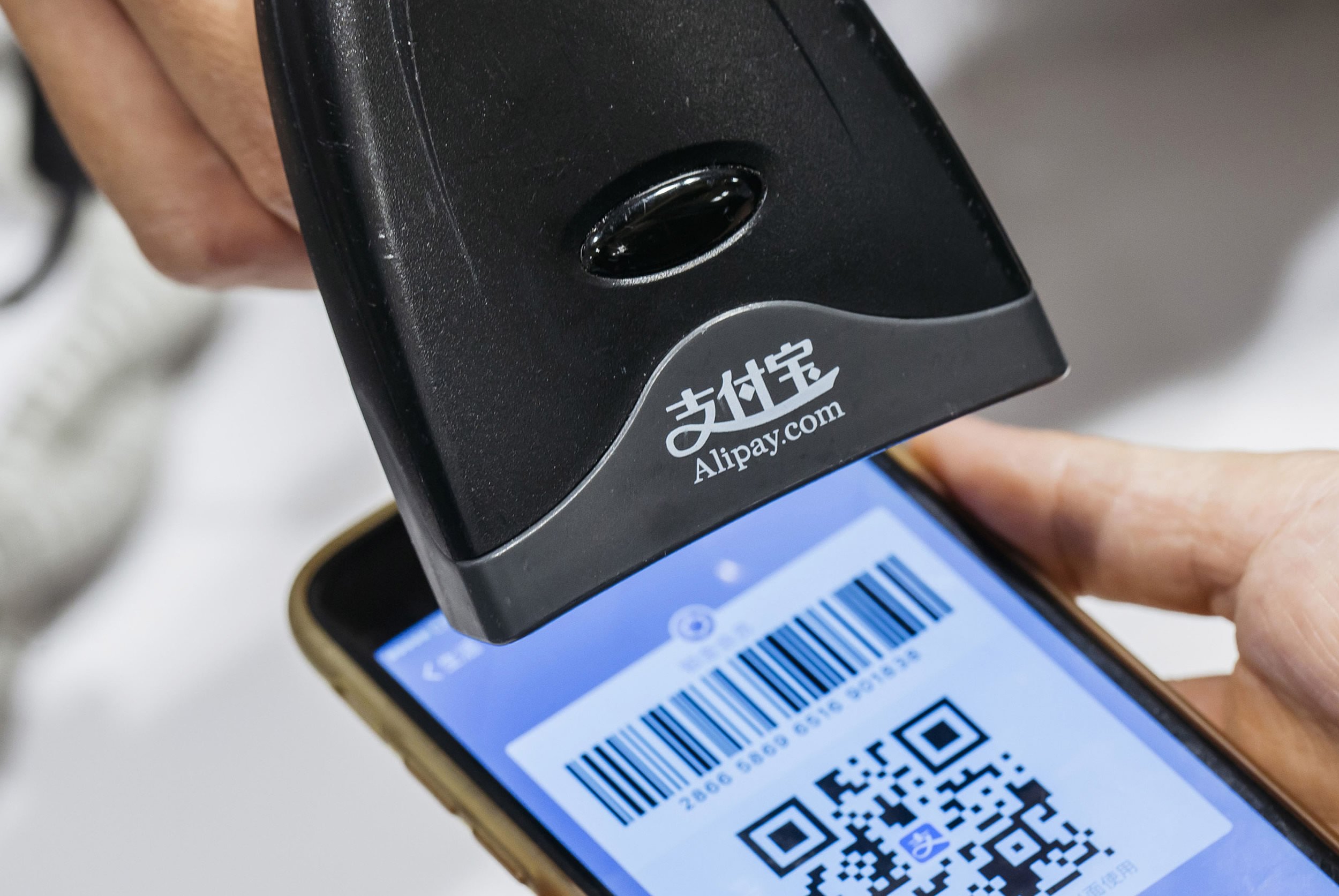 China already has a well-established mobile payments industry used by 520 million people, which is just one aspect of a burgeoning fintech sector‍. /VCG Photo

China already has a well-established mobile payments industry used by 520 million people, which is just one aspect of a burgeoning fintech sector‍. /VCG Photo

As with any new disruptive technology, there will be initial problems that can be ironed out with further regulations in the coming years, but Chinese fintech can develop in an ideal environment, where it receives widespread support, investment, and has access to the biggest online and mobile population in the world.
China’s rapidly growing middle class will continue to seek new and innovative access to finance, while demand will also come from SMEs and major companies looking to use fintech to minimize costs, boost efficiency and launch themselves into the future.