Analysis: Is Trump’s victory and the death of the TPP good news for Beijing? 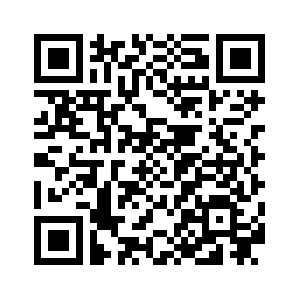 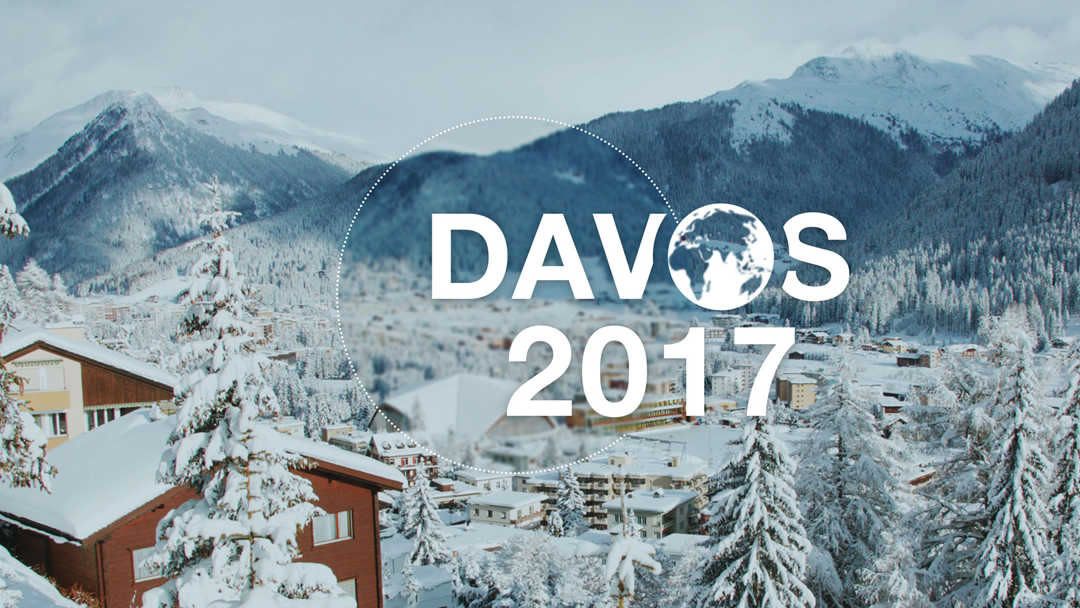 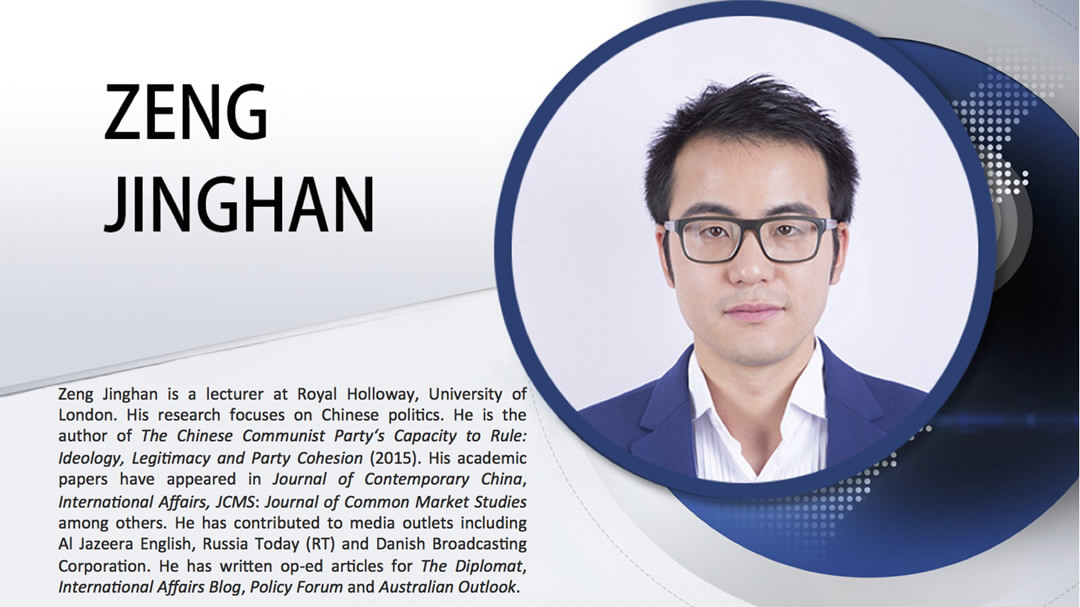 Donald Trump’s unexpected election victory surprised the entire world. As president of the world’s most powerful country, his every single word will now be taken seriously. Needless to say, Trump’s triumph will bring – or perhaps more accurately has brought – tremendous changes to the global economic order. An obvious example is the death of the Trans-Pacific Partnership (TPP) – an ambitious free trade agreement in Asia-Pacific that does not include China. President Barack Obama and Trump obviously have contrary views on TPP. Obama argues that the failure of TPP will let China write the global economic rules of the future. To Trump, however, it is “a bad deal.” Not surprisingly, Trump vows to pull the US from the TPP on his first day in office. 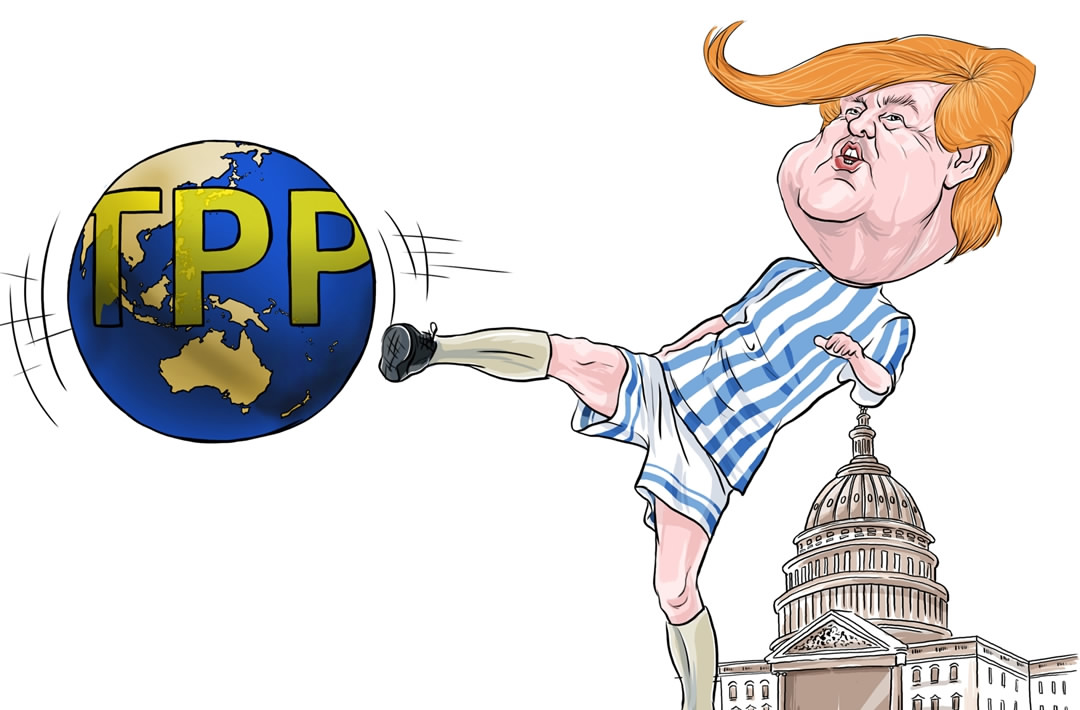 To be fair, the TPP is doomed not by Trump’s victory but the 2016 presidential election. Hillary Clinton – who once called the TPP the “gold standard” – openly campaigned against the trade deal. Trump and Clinton share the same concern over the TPP: jobs. Various studies show that the TPP would lead to job losses and declining wages in the US. This domestic concern dominated opinions towards the trade deal during the 2016 presidential election. 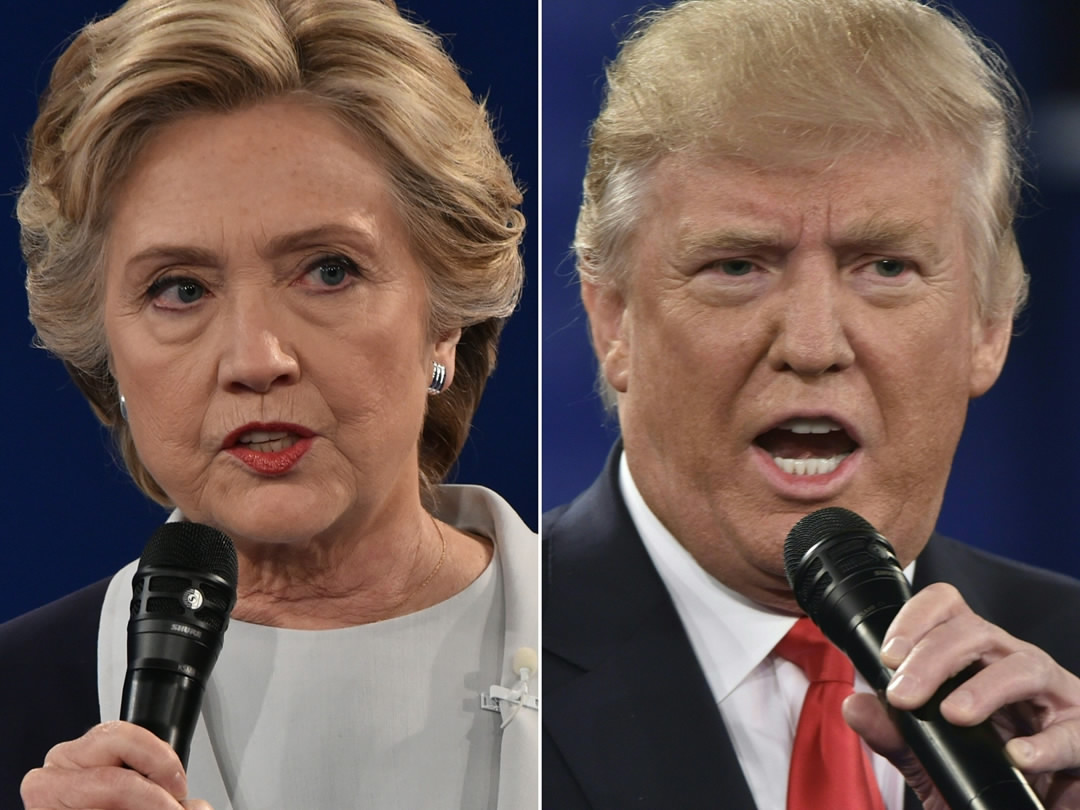 Despite domestic opposition towards the TPP, the Obama administration was keen to promote this trade agreement because it was about more than economics. Indeed, the birth and development of the TPP has been heavily underpinned by geopolitical factors. It is the key for the US’s “pivot to Asia” strategy in order to balance the rise of China. The latter has significantly undermined the American influence in the Asia-Pacific region. By using the open American market as a decoy, the TPP was designed to not only help the US strengthen its economic relations with small Asian economies but also traditional Asian allies such as Japan. By preventing China from joining the TPP, the US might integrate an Asian - “anyone but China” - economic club and thus reshape the regional geopolitical order in the US favor.
The TPP is also crucial to maintaining the influence of traditional US allies. China’s rise has led to increasing concerns in Japan over its regional leadership. By participating in the TPP, Japan hoped to promote a regional trade agreement on its preferred terms. In this regard, Japan saw the TPP not only as a trade agreement but also a geopolitical tool to contain China’s rise and thus maintain its own influence. This is also why the Abe administration did its best to desperately save the TPP during and after the US presidential election. 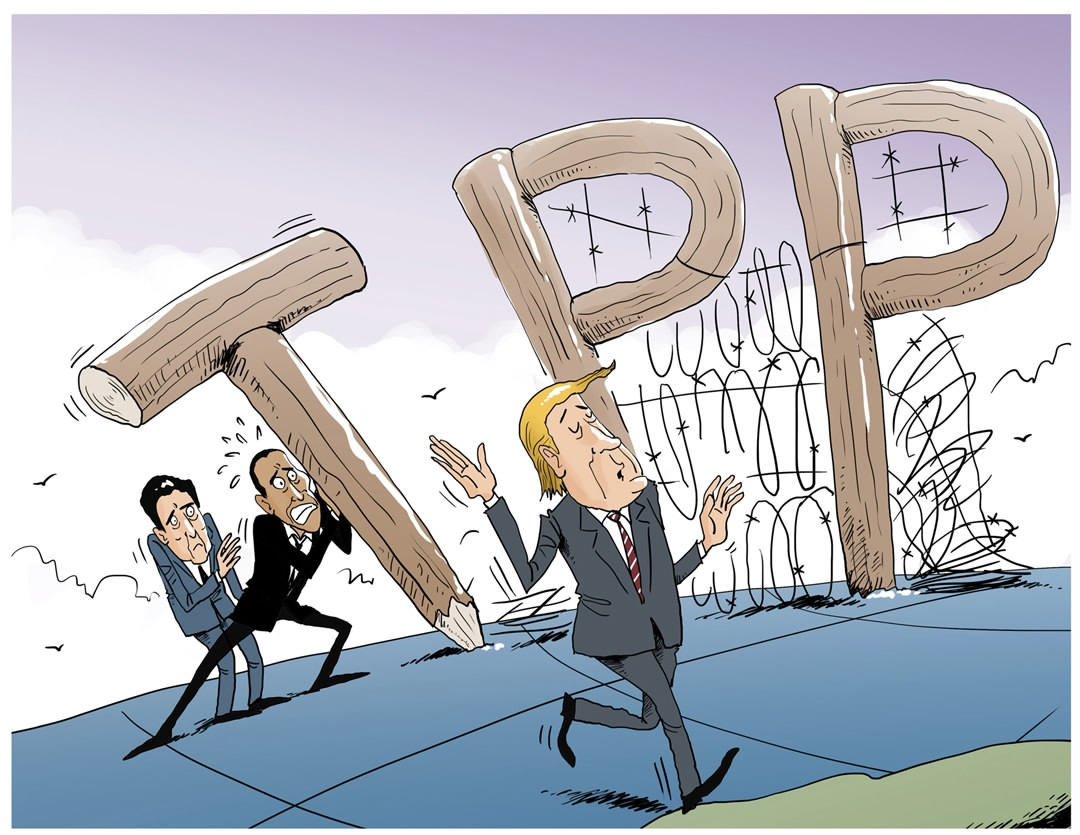 The US about-turn on the TPP has significantly harmed the country’s leadership credentials in the Asia-Pacific region. Needless to say, spotlights have now shifted to China. With the TPP in jeopardy, Asia turned to the Chinese version: the Regional Comprehensive Economic Partnership (RCEP). Some argue that the expected US withdrawal from the TPP means the end of the “pivot to Asia” strategy. Without the US’s strategic pressure to contain China’s rise, China will be able to build a Sino-centric regional economic order. In this regard, the RCEP is the first step. This view is based on the assumption of a stable East Asia. Trump’s unpredictable leadership style, however, might harm the accuracy of that assumption. 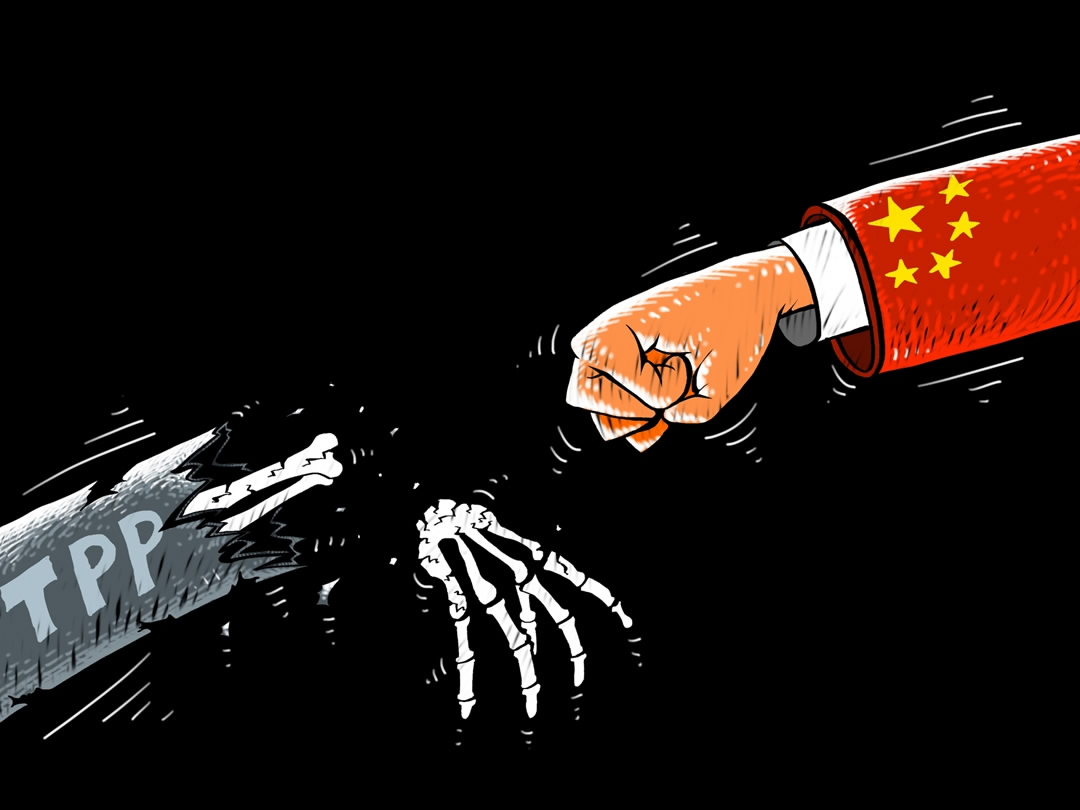 Trump’s “pay for the US military protection” view, for example, might reshape American military presence in the world and thus the global security order. When it comes to the global nuclear order, it is perhaps most terrifying. It is not only about his foreign policy towards the DPRK and the Iran nuclear deal but also his problematic view on nuclear proliferation – in his view, there is no reason why countries such as Japan, South Korea and even Saudi Arabia should not develop nuclear weapons. 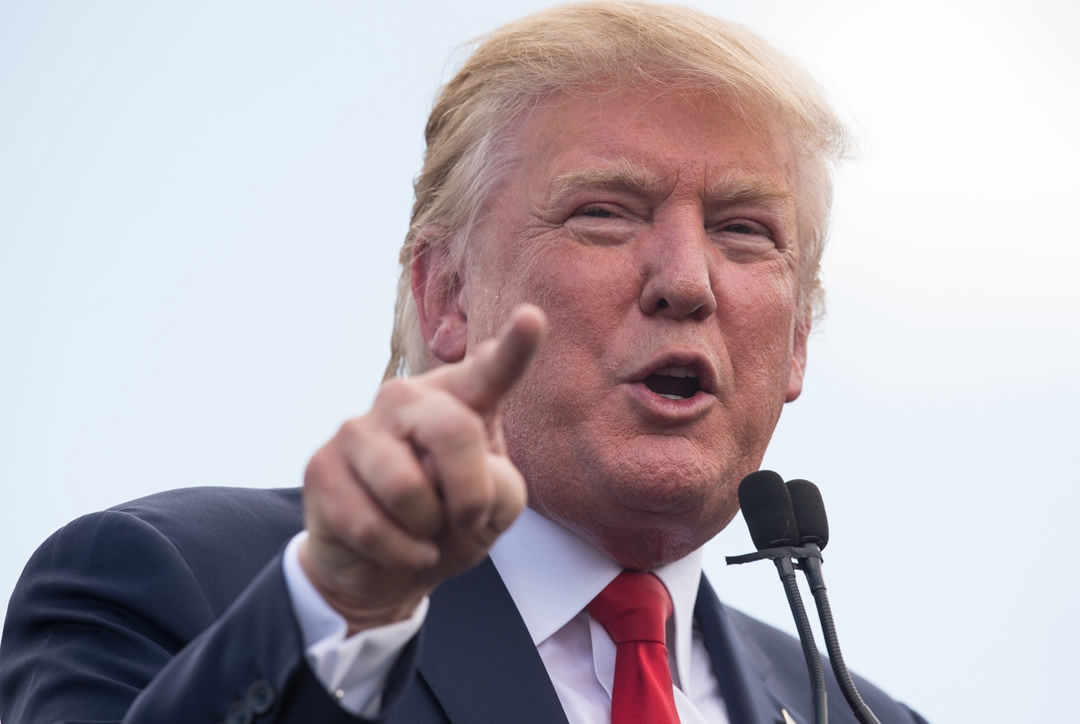 Donald Trump addresses a rally against the Iran nuclear deal at the US Capitol in Washington on September 9, 2015. /CFP Photo

Donald Trump addresses a rally against the Iran nuclear deal at the US Capitol in Washington on September 9, 2015. /CFP Photo

More importantly, Trump’s view of foreign affairs is even more troubling. His open remarks on the “one-China” policy have threatened the foundation of stable Sino-US relations. They also put Beijing into a corner by intensifying the domestic nationalism of China. Beijing has already been criticized on Chinese social media over its weak response to Trump’s open remarks on the “one-China” policy. Compared with the issue of Taiwan, “to build a Sino-centric economic order” is obviously a secondary concern to Beijing. If not handled well, the issue of Taiwan has the potential to generate a military conflict between the two largest economics in the world. By then, neither the US nor China will be able to achieve its regional and global goals.
All in all, Trump’s victory and the death of the TPP might allow room for China to achieve its regional economic goals. However, Trump’s unpredictable leadership style has also generated greater danger that Beijing will have to deprioritize its economic goals. Only time will tell whether Trump’s victory is good or bad news for Beijing.
(Video edited by Qi Jianqiang and Ran Boqiang)