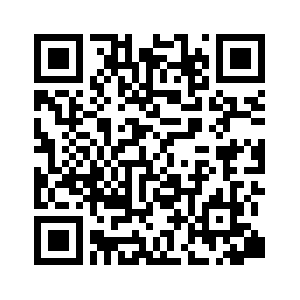 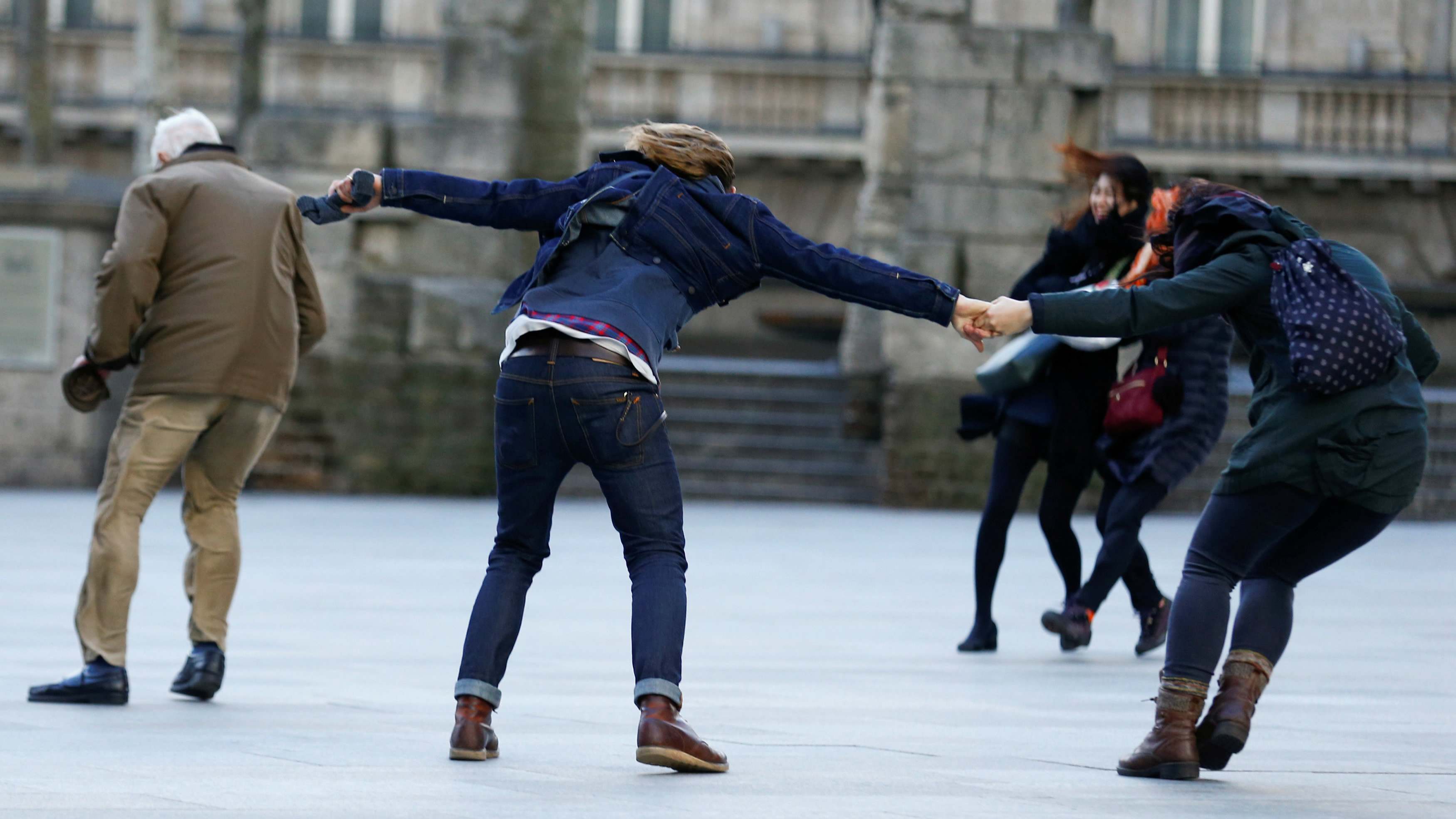 Storm Friederike has killed at least ten people in Europe - six in Germany, three in the Netherlands and one in Belgium - and powerful winds have caused widespread disruptions, including trucks getting blown off the road and trees being uprooted.
Besides for strong winds, the winter storm brought rain and snowfalls.
North Rhine-Westphalia (NRW), Germany's most populous state, has been one of the worst hit regions, with gusts reaching up to 140 km/h.
It is the heaviest storm to hit Europe's biggest economy in 11 years. Meteorologists have compared the Friederike storm with Kyrill, which lashed Europe on Jan. 18-19, 2007. It killed 47 people, 11 of them in Germany. 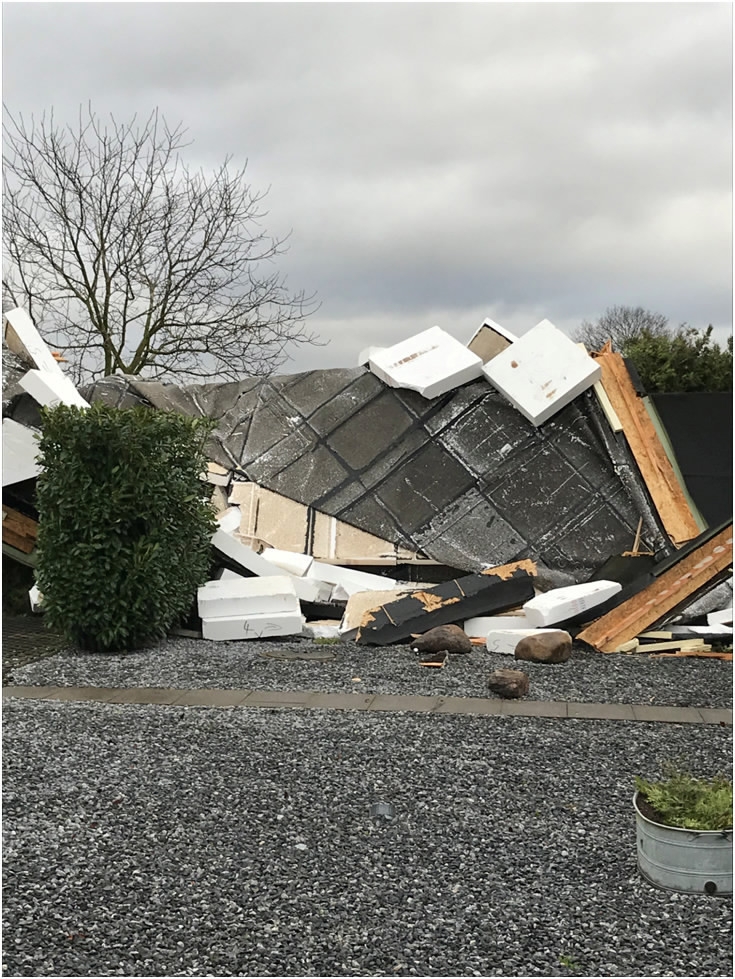 General view of a roof that had been blown off a building, during stormy weather in Emsdetten, Germany, Jan. 18, 2018 in this picture obtained from social media. /Reuters Photo

General view of a roof that had been blown off a building, during stormy weather in Emsdetten, Germany, Jan. 18, 2018 in this picture obtained from social media. /Reuters Photo

Meteorologists in Poland issued an Orange Warning, urging citizens to stay indoors, reported the country's daily Fakt newspaper.
In the mountainous areas, the wind speed was recorded at 140 km/h, while on the lowlands, gusts of about 100 km/h were recorded.
Storm casualties
A 59-year old man was killed by a falling tree near the city of Emmerich in NRW. A 68-year-old truck driver in Lippstadt died after strong winds caused his vehicle to collide with another truck. A fire department member was killed in a storm-related operation in the town of Sundern.
In the east-central German state of Thuringia, a firefighter was killed by a falling tree in the town of Bad Salzungen.
A truck driver in the federal state of Brandenburg died after a collision with another vehicle on the expressway.
A 61-year-old female driver died in a collision with a truck in Neubrandenburg, in the northern German state of Mecklenburg-Vorpommern
The storm has also injured several people.
In the Netherlands, police have confirmed that three people were killed by falling trees or debris in separate incidents
Transport chaos
The storm forced German train operator Deutsche Bahn (DB) to cancel all long-distance trains as a precautionary measure.
Many domestic flights were also canceled, causing transport chaos. 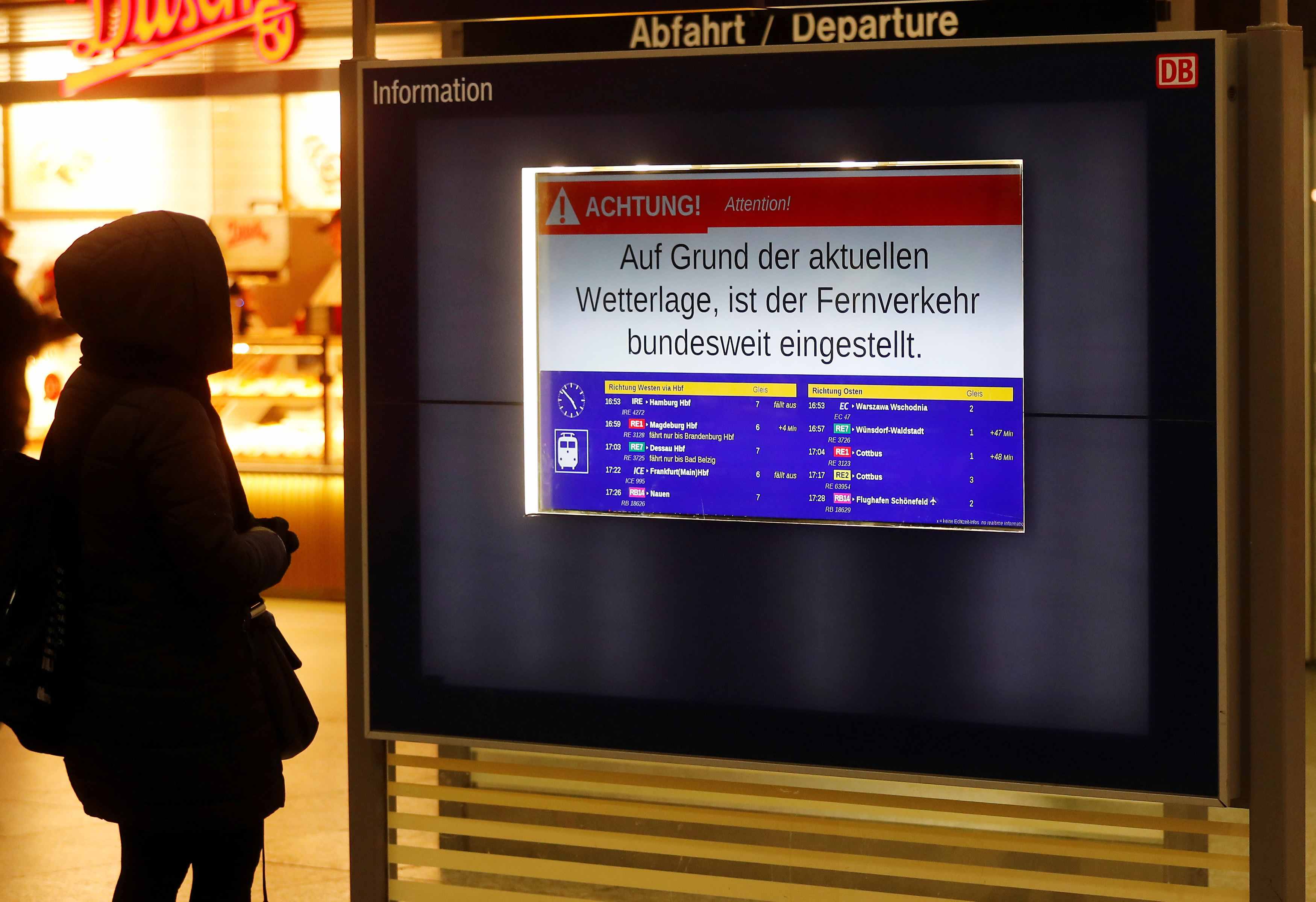 A passenger stands in front of an information board at a railway station in Berlin, Germany, Jan. 18, 2018. Sign reads "Attention! On account of the current weather situation the long-distance traffic is nationwide cancelled." /Reuters Photo

A passenger stands in front of an information board at a railway station in Berlin, Germany, Jan. 18, 2018. Sign reads "Attention! On account of the current weather situation the long-distance traffic is nationwide cancelled." /Reuters Photo

Although rail traffic resumed on Thursday evening, there were reports of possible disruptions on Friday, according to the online edition of the German magazine Spiegel.
Poland's mass-circulation tabloid Fakt reported travel chaos in Warsaw, Katowice, Wroclaw, Poznan, Gdansk and Szczecin.
Several long-distance trains were halted and flights were delayed or redirected across Poland, the paper said.
Train services were halted across the Netherlands after the authorities issued the highest weather alert on Thursday.
Reuters reported that at least 260 flights were suspended and falling roof tiles led to the closure of airport terminals at Amsterdam’s Schiphol Airport.
Disruptions to daily life
Overall, toppled trees caused the biggest problems. 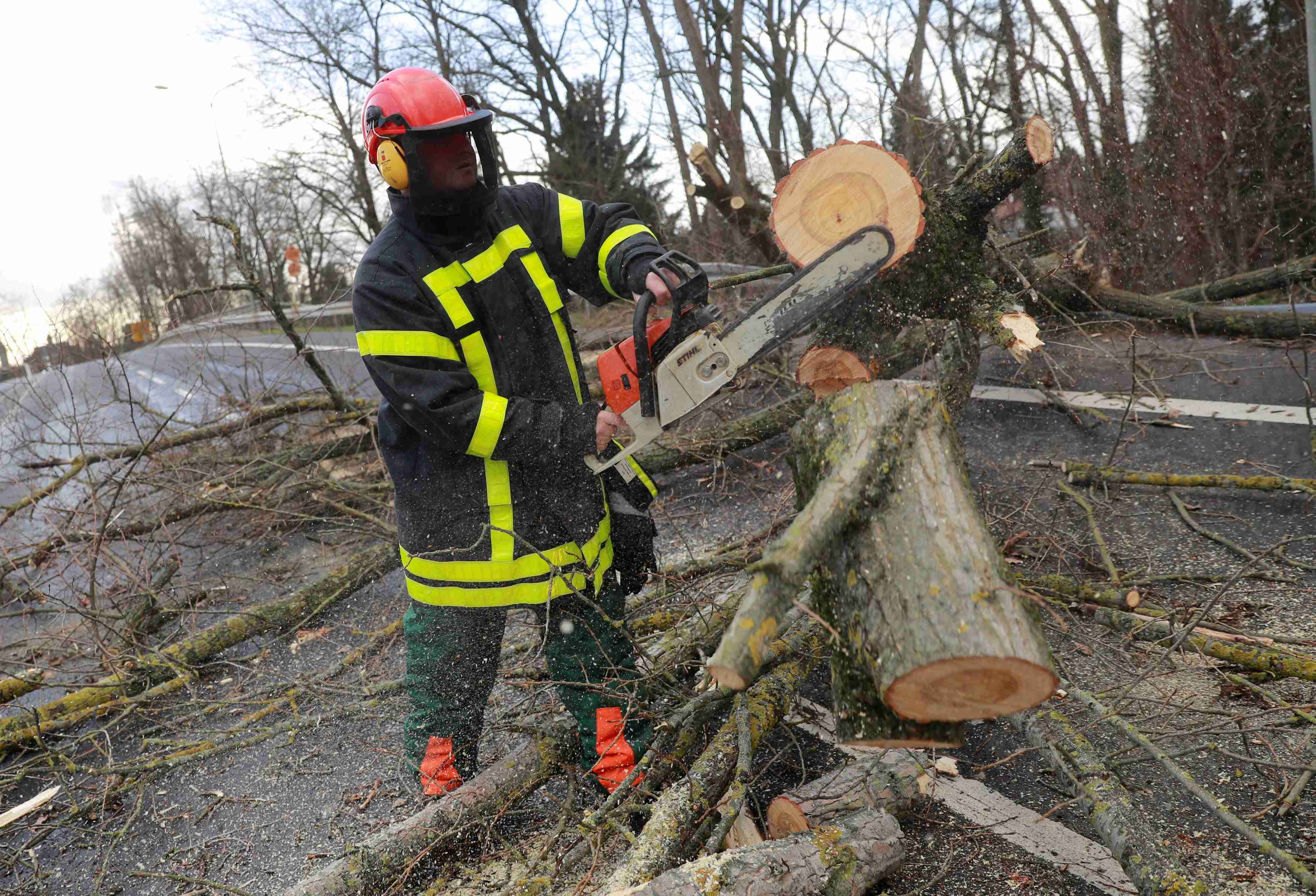 A firefighter works by a fallen tree during stormy weather in Hanau, Germany, Jan. 18, 2018. /Reuters Photo‍

A firefighter works by a fallen tree during stormy weather in Hanau, Germany, Jan. 18, 2018. /Reuters Photo‍

Many schools were closed in the storm-hit areas in Germany. According to the Interior Ministry, in NRW alone, fire and rescue services conducted at least 7,000 operations to clear debris from the streets and to repair damaged infrastructure by Thursday afternoon.
"This mission is far from over, and the consequences of the storm will continue to occupy the forces in the coming hours and days," Spiegel Online quoted NRW Interior Minister Herbert Reul as saying.
The authorities closed the area around Cologne's landmark cathedral, warning that rockfalls may occur.
Reuters quoted a spokesman for the energy company Westnetz as saying that some 100,000 people in NRW and the northern state of Lower Saxony were left without power.
New life in the chaos
A woman gave birth to a baby in a car as the storm delayed her arrival at the hospital in Cologne Thursday evening.
According to Germany's Bild newspaper, as an ambulance was rushing to the scene, the control room dispatcher was instructing the father over the phone until he heard the newborn screaming.
(Cover Photo: People hold each other as they struggle during heavy winds in downtown Cologne, Germany January 18, 2018. /Reuters Photo)