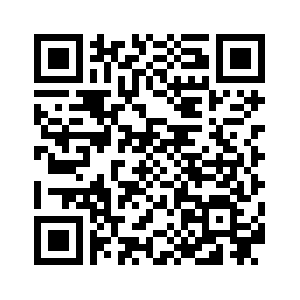 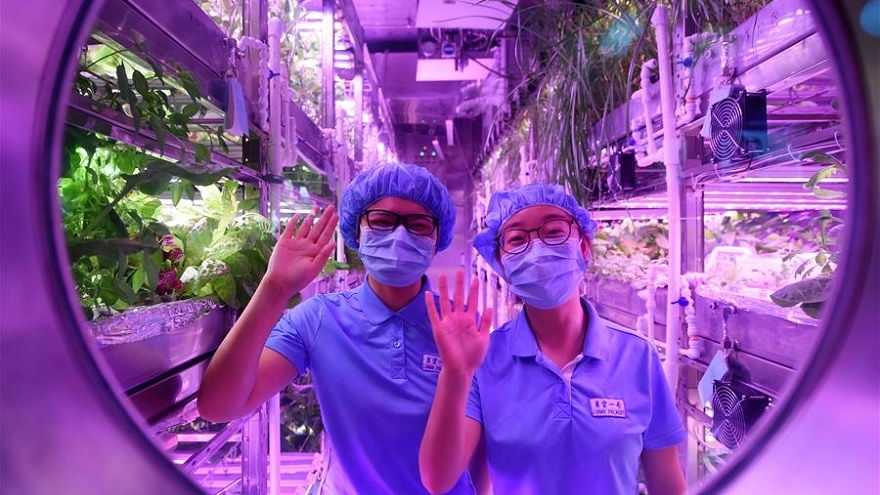 Four Chinese volunteers will live in a sealed, self-contained laboratory simulating a moon-like environment, for the next 200 days without any interaction with the outside world as Beijing prepares for its long-term goal of putting humans on the moon.
Their journey started on Sunday.
The lab, called "Yuegong-1" or "Lunar Palace," is a 160-square-meter cabin. It is the first such space developed in China, and the world’s third bioregenerative life-support base. 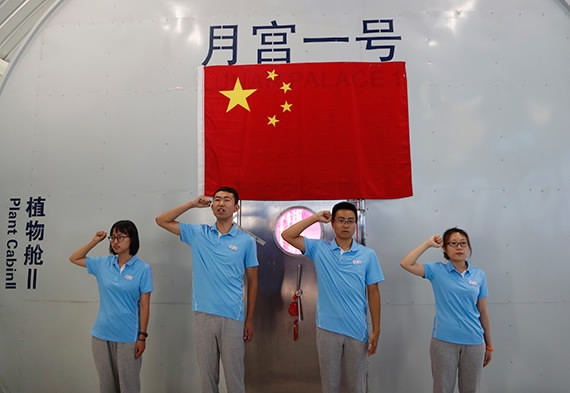 The cabin is located at Beihang University, and the four volunteers follow the footsteps of another group of four who have just finished their initial stay of 60 days.
The "Lunar Palace" consists of a major living space and two plant cultivation modules. The major cabin covers an area of 42 square meters, while each of the plant cabins is 3.5 meters in height and 50 to 60 square meters in area.
The major cabin hosts four bed cubicles, a common room, a washroom, a waste-treatment room and an animal-raising room, according to a report by Xinhua News Agency. The system allows the four wannabe "astronauts" to conduct research, while their basic needs are met.
Human waste will be treated through a bio-fermentation process, and experimental crops and vegetables will be grown with the help of food and waste byproducts. 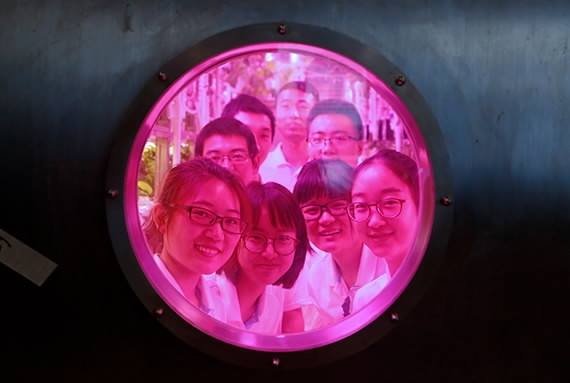 The lab provided life support to eight people during the 10-hour transition between the two batches on Sunday, as a test of the system's ability of dealing with high-load human activity in a short time.
The experiment, code-named "Yuegong-365," is the second attempt of Beihang University to see how the Bioregenerative Life Support System (BLSS) works in a moon-like environment.
A successful 105-day trial was conducted in 2014.
According to researchers, the program could strengthen China's knowledge and technical know-how, and help the country's scientists understand exactly what will be required for humans to remain on the moon in the medium and long terms.
After the 200-day stay, the third batch will enter and live for another 105 days to accomplish this 365-day experiment.
10km