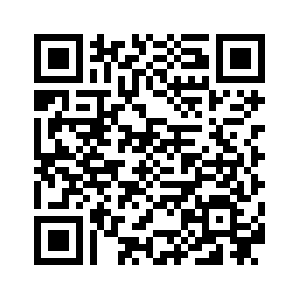 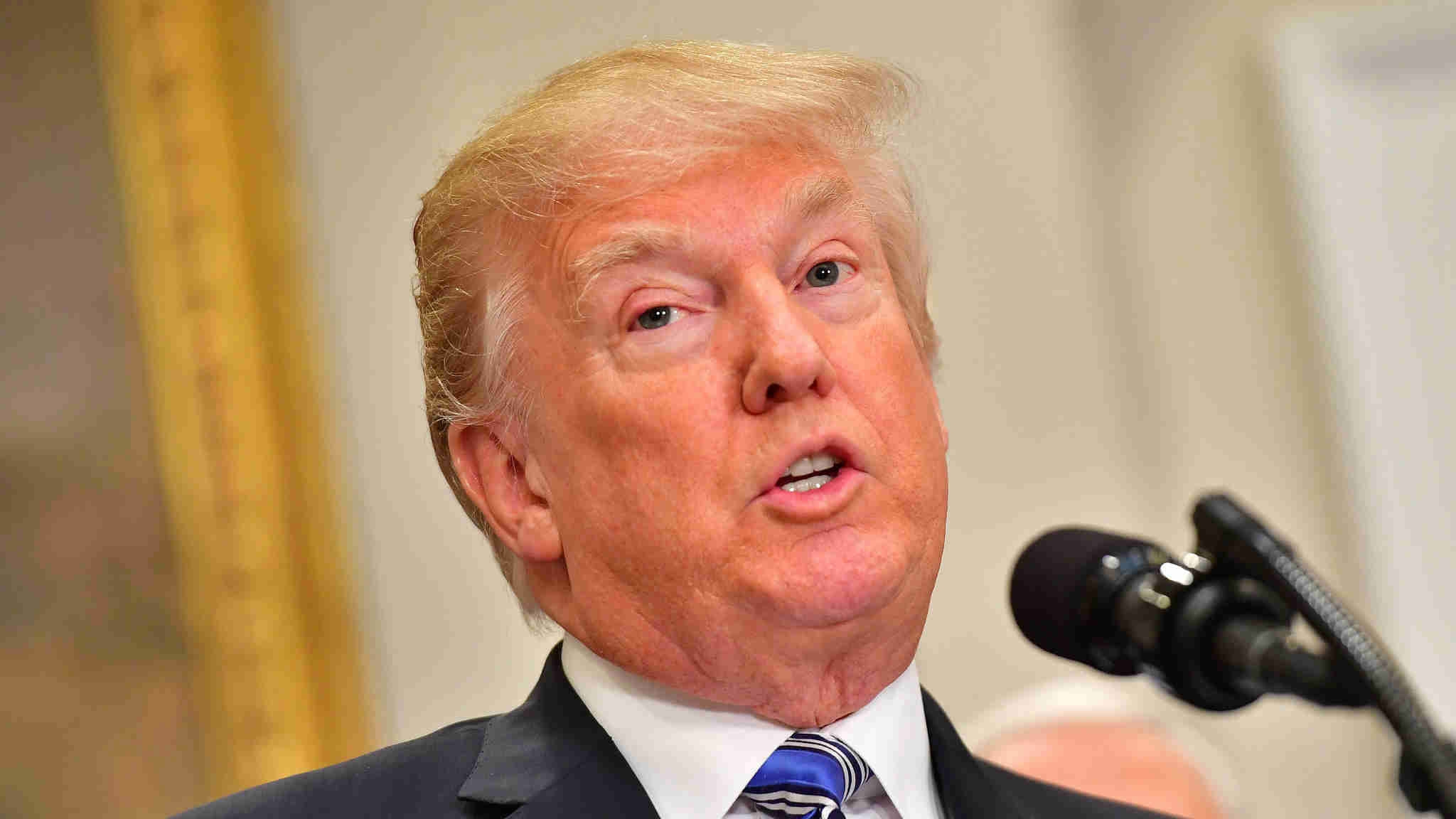 In horseracing, picking the first three finishers in order is called a trifecta. It’s not easy to do and there are few winners. Never one to shy away from an opportunity to be self-congratulatory, United States President Donald Trump has modestly called himself “a stable genius.” He certainly contradicted this laughable self-analysis yet again last week when he followed through on a lose-lose campaign promise to create a terrible trade tariff trifecta in which China, US and the world could all lose. He did so by imposing a 25-percent tariff or tax on most imported steel and a 10-percent tariff on imported aluminum thereby firing the opening salvos in a trade war. Of equal importance, but less discussed, is that this move ominously reflects the altered dynamics in the US government in favor of economic nationalist trade hawks with their sharpened knives poised to strike China’s economic heart. 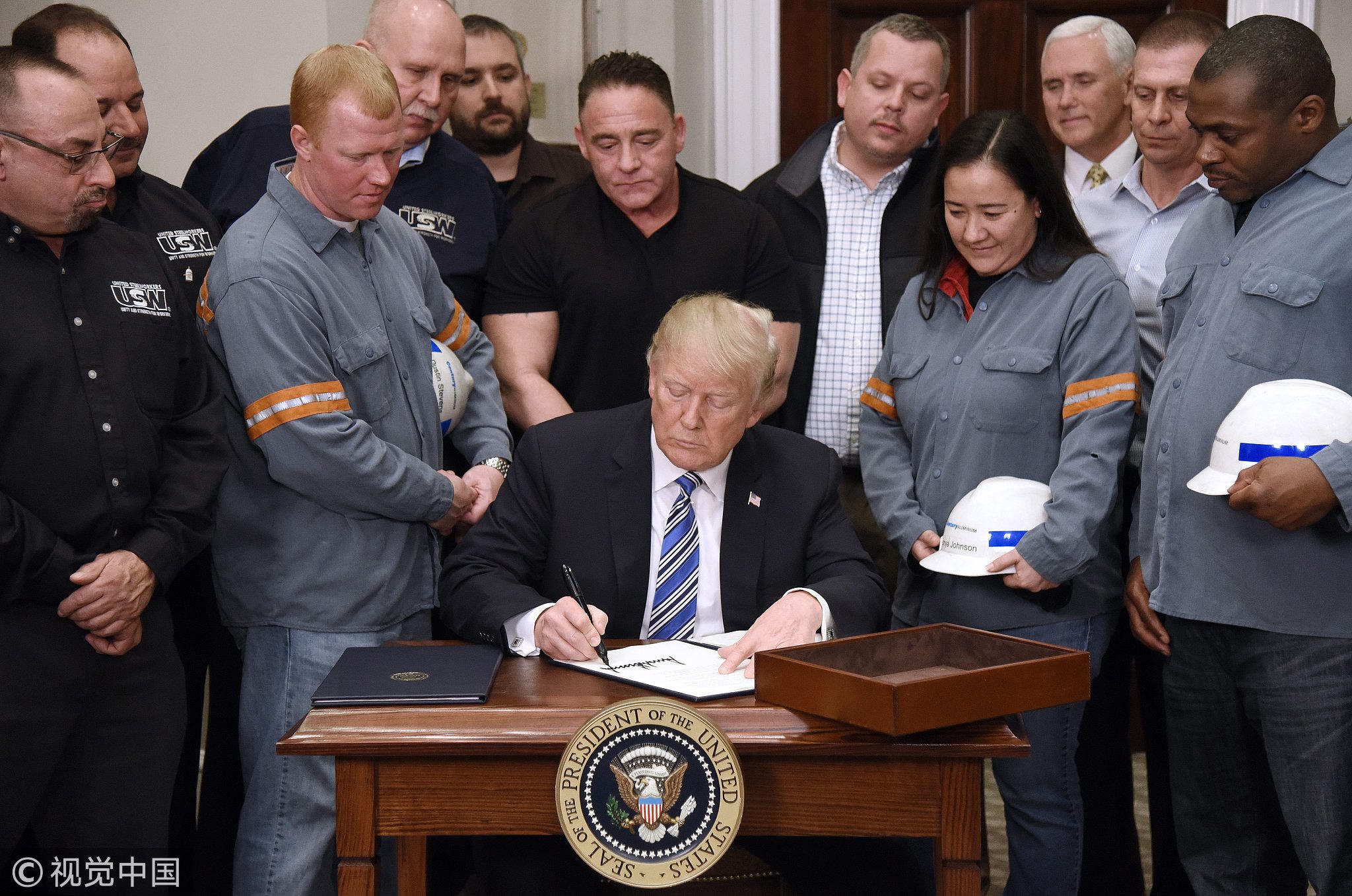 US President Donald Trump signs the Section 232 Proclamations on Steel and Aluminum Imports during a ceremony at the White House, March 8, 2018. /VCG Photo

US President Donald Trump signs the Section 232 Proclamations on Steel and Aluminum Imports during a ceremony at the White House, March 8, 2018. /VCG Photo

Trump’s imposition of the tariffs, created by secretly working around his globally-oriented National Economic Council head Gary Cohn, prompted Cohn’s resignation. For months, he had restrained Trump from starting a trade war, but his resignation left China trade hawks Commerce Secretary Wilbur Ross, and Trump’s trade adviser Peter Navarro, described by fellow economists as an “oddball” and author of “Death by China,” in control.
Navarro believes that “we're going right down the toilet, and it's a made-in-China toilet.” Navarro appears to be on the shortlist to replace Cohn; having such a China-hating ideology running trade policy is bad news for those who believe in the world described by President Xi Jinping in his January 2017 keynote speech to the World Economic Forum in Davos that “we should commit ourselves to growing an open global economy to share opportunities and interests through opening-up and achieve win-win outcomes.” The war has just begun but China and others have already threatened retaliation, but there may be a better way to fight it. 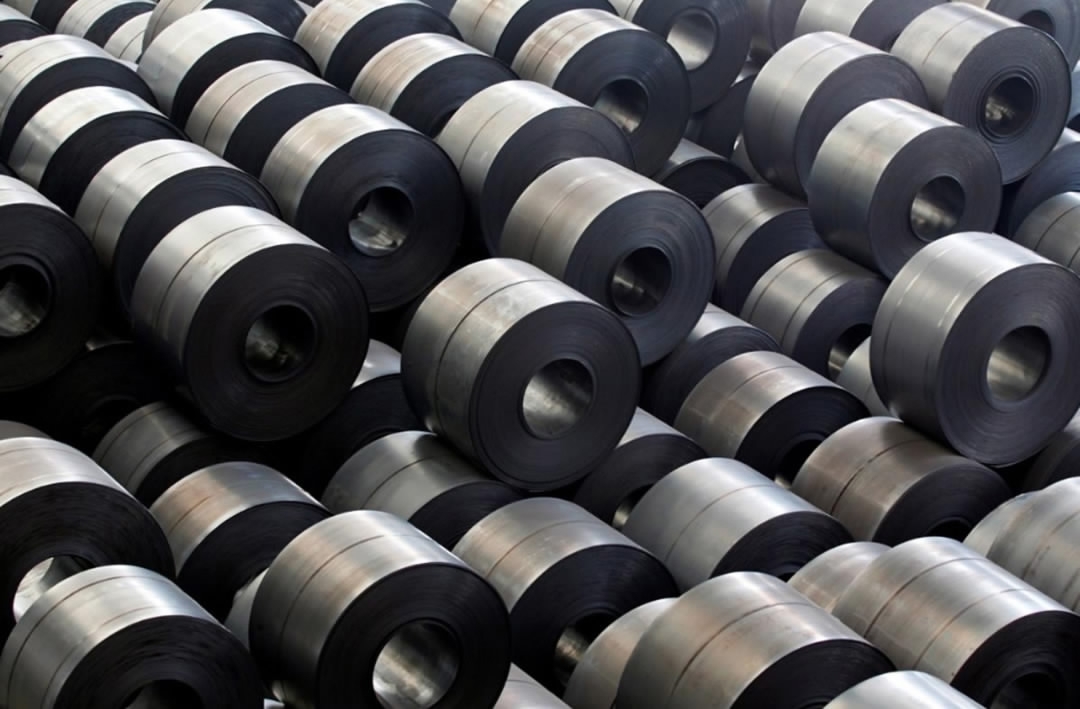 I like to think of the award-winning TV series “Mad Men” set in the 1960s because Trump has amply demonstrated that he is one of them. In his mind, he lives in an America that, like a nostalgic Norman Rockwell painting, no longer exists. Neither China nor Canada nor Mexico are mainly responsible for the loss of manufacturing jobs. What is responsible is technology making work more efficient and the rise of the service sector. In 1960, about one in four American workers had a job in manufacturing. Today fewer than one in 10 are employed in the sector but since 1950 industrial output has increased nearly 7 ½ times. Trump and Navarro never mention this when presenting their self-serving cherry-picked facts.
And looking at the steel industry specifically: There are 50 times as many people employed in steel-using industries as steel-producing industries and all of them will be losing as their employers will have to pay 25 percent more for imported steel. Especially hard hit will be Trump-favored US energy firms whose infrastructure is heavily reliant on steel. And according to a study by Goldman Sachs, Trump’s tariffs will “make the US less competitive by raising the prices of raw materials” and that “by imposing across-the-board tariffs on all steel and aluminum imports, the larger economic impact is on Canada, Mexico and the EU, and it ironically eases the economic impact to China and Russia.” 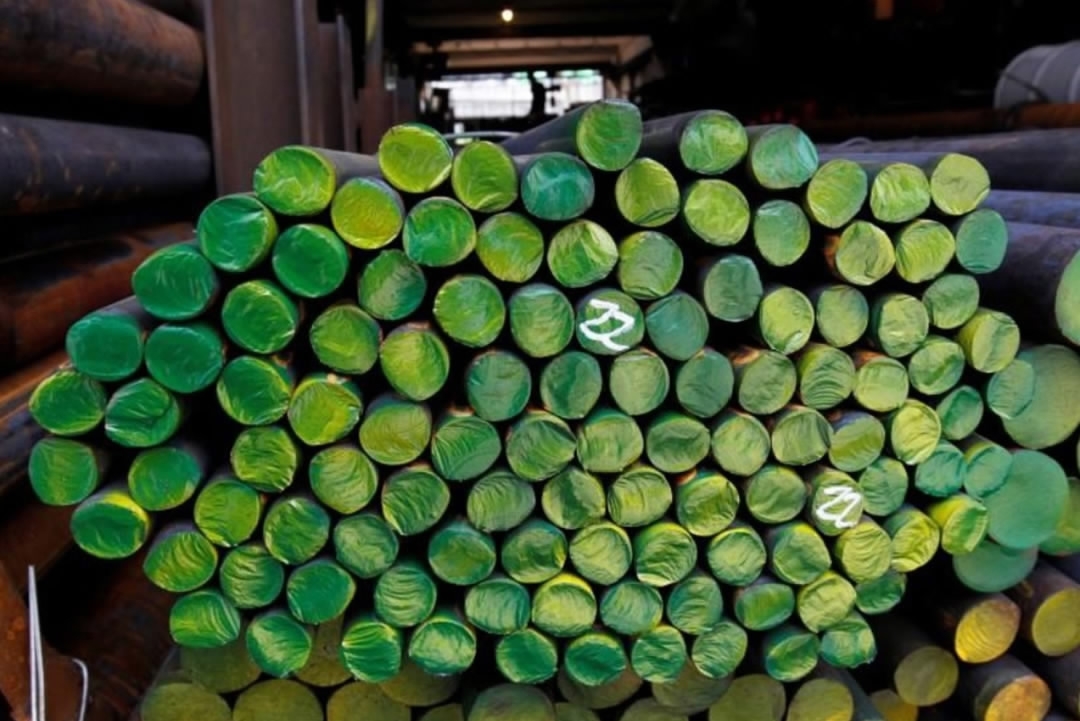 Steel bars for sale are displayed at a shop in the Mullae-dong steel product district in Seoul, July 13, 2010. /Reuters Photo

Steel bars for sale are displayed at a shop in the Mullae-dong steel product district in Seoul, July 13, 2010. /Reuters Photo

The Trump tariffs are opposed by virtually every US CEO, and by most countries. The tariffs make absolutely no sense, except as throwing a bone to Trump’s blue-collar base. By poking his little fingers in China’s eye, and sloppily doing so at that, the US is inviting retaliation from the countries most hurt by the tariffs, of which China is not even one.
Predictably, there is talk of retaliation and a trade war reminiscent of the 1930s in which historically there were no winners. Chinese Foreign Minister Wang Yi said that especially given today’s globalization, “choosing a trade war is a mistaken prescription” and that “China would have to make a justified and necessary response.”
Interestingly, Li Xinchuang, vice secretary-general of the China Iron and Steel Association, said the impact on China would be negligible and that "nothing can be done about Trump. We are already numb to him."
Given that the tariffs are merely a poke in the eye rather than a threat to China’s economy, I have a contrarian solution to suggest to China: do nothing.
This would be the perfect opportunity, and at little cost to China, to show Trump to the world for the know-nothing bully he clearly is. But even more so, it would show the world that the concepts that President Xi has been putting forward since Davos in 2017 of a community with shared future for mankind and win-win cooperation are not meaningless words but action-oriented concepts as evidenced by China acting as a responsible state actor and stopping the trade war in its tracks.
(Harvey Dzodin, who served as a legal adviser in the Carter administration in the US, is a research fellow at the Center for China and Globalization. The article reflects the author's opinion, and not necessarily the views of CGTN.)