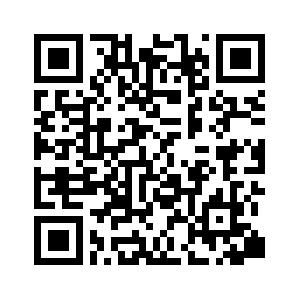 ‍Iran has banned the teaching of English in primary schools following warnings from Islamic leaders that early learning of the language is the first step to a Western “cultural invasion” as the the education ministry "envisages strengthening Persian language skills and Iranian Islamic culture of pupils at the primary school stage," according to a senior Iranian official.
The latest move has stirred questions again over the deep socio-economic divide in the Islamic republic where the wealthy have the choice of hiring private tutors while the weaker sections will be the ones facing the brunt of the decision. The deepening divide between the rich and the poor was among the key reasons for the recent unrest in Iran that killed 21 people.
“Teaching English in government and nongovernment primary schools in the official curriculum is against laws and regulations,” Mehdi Navid-Adham, the head of the state-run High Education Council, told state television late on Saturday. 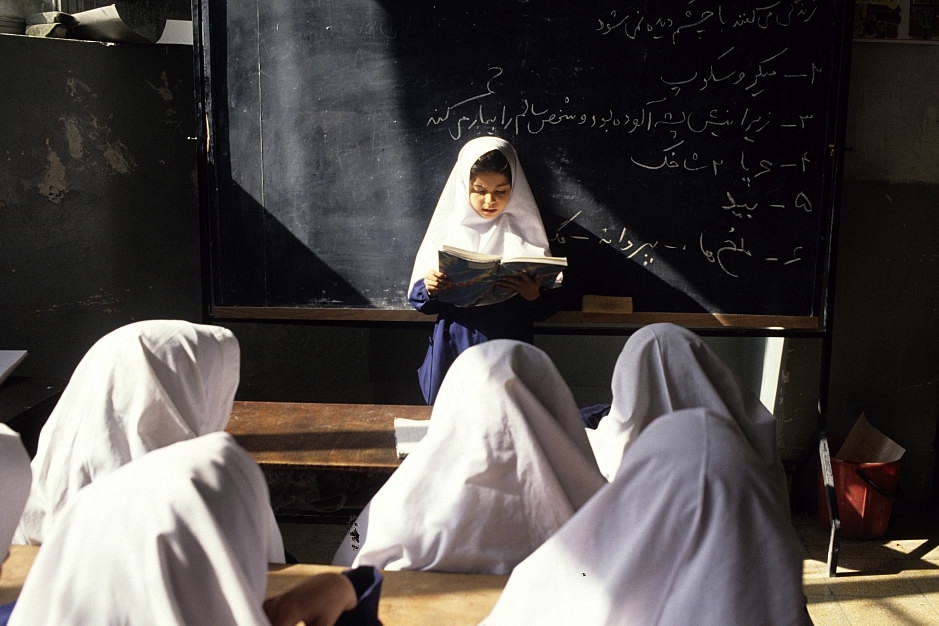 “This is because the assumption is that, in primary education, the groundwork for the Iranian culture of the students is laid,” he said, adding that non-curriculum English classes might also be blocked. Navid-Adham said that primary schools which teach English as an extra class outside of school hours were committing a "violation".
The teaching of English usually starts in middle school in Iran, around the ages of 12 to 14, but some primary schools below that age also conduct English classes.
Some children also attend private language institutes after their school day. And many children from more privileged families who attend nongovernment schools receive English tuition from day care through high school.
The ban does not affect foreign-language tuition at secondary school or popular private institutes which teach English outside the educational system.

'The language of aspiration'

Pointing out that English has never been more all-pervasive in Iran than in recent times with shop signs, advertising and letterheads all including English, Iranian journalist and author Azadeh Moaveni stressed how it has become the language of aspiration for the under-privileged in Iran.

“The under-privileged are acutely aware they need English to succeed for tourism, business, anything & will swiftly complain. Why are we the only ones subject to this? The wealthy have tutors, private schools & we get no English at primary cos ‘Western cultural invasion’?!,” she questioned while posting a series of tweets on the subject.
“The internet and social media have brought English into even the smallest towns. Tell a family in any of those places that rose up that their 10-year-olds will have to wait till high school to learn English, and see what happens,” she added.
Asserting that “the contest in Iran between thriving in the world and forging a non-Western identity is long-running,” Moaveni provocatively said: “Periodically Khamenei says things like, social sciences are bad because they’re Western, and five people sing: Yes, ban them! Only Islamic social sciences!.”

“There’s always going to be some official who says something archaic (last week a cleric decried zumba), there will be fierce social contest, resistance from below, and it will be quietly abandoned. This remains the IRI's unsexy story. And for which the people can take credit,” she stated.
“This stuff usually leads nowhere, as it’s ultimately hard to implement. Students and academics resist, parents resist. The rhetoric evaporates,” Moaveni said.

'In line with Khamenei's isolationist view'

Iran’s Islamic leaders have often warned about the dangers of a “cultural invasion,” and the supreme leader, Ayatollah Ali Khamenei, voiced outrage in 2016 over the “teaching of the English language spreading to nursery schools.”
Ayatollah Khamenei, who has the final say in all state matters, said in that speech to teachers, “That does not mean opposition to learning a foreign language, but [this is the] promotion of a foreign culture in the country and among children, young adults and youths.”
“Western thinkers have time and again said that instead of colonialist expansionism...the best and the least costly way would have been inculcation of thought and culture to the younger generation of countries,” Ayatollah Khamenei said, according to the text of the speech posted on Leader.ir, a website run by his office. 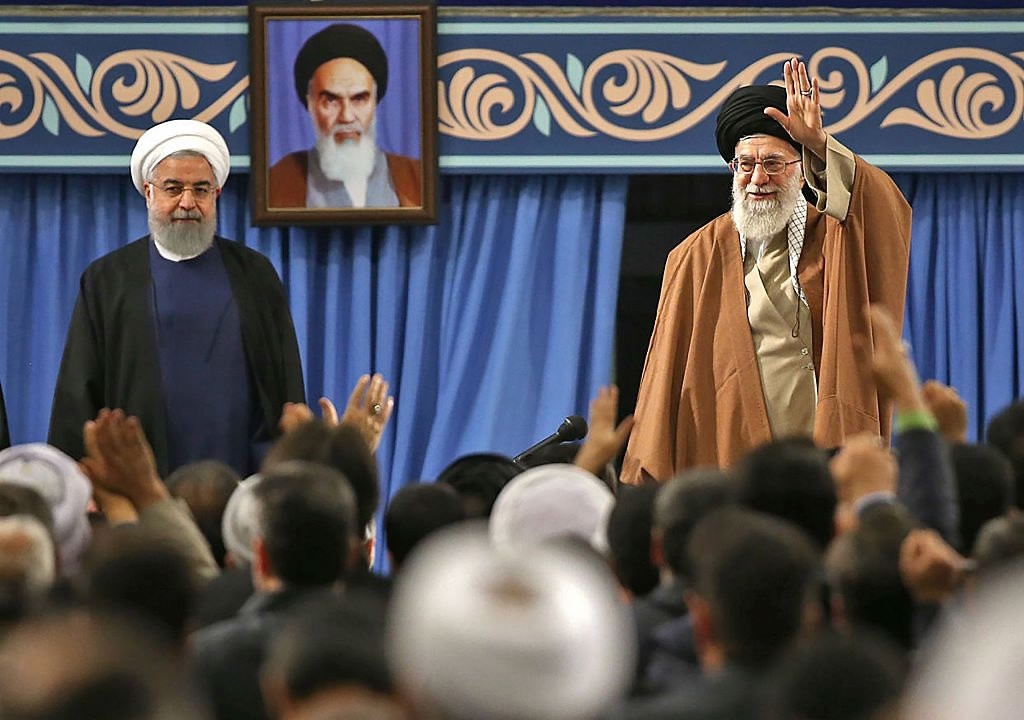 A handout photo provided by the office of Iran's supreme leader Ayatollah Ali Khamenei shows him (right) waving next to President Hassan Rouhani (left) during a meeting with the Iranian government in the capital Tehran on December 6, 2017. /VCG Photo

A handout photo provided by the office of Iran's supreme leader Ayatollah Ali Khamenei shows him (right) waving next to President Hassan Rouhani (left) during a meeting with the Iranian government in the capital Tehran on December 6, 2017. /VCG Photo

Rana Rahimpur of BBC Persian said the latest ban is “in line with the supreme leader's anti-Western, isolationist view of the world. He has repeatedly said that teaching English to children from an early age could lead to ‘Western cultural infiltration’.”
“He (Khamenei) says the language of science is not necessarily English and that children should be taught other languages like Spanish, French, or eastern languages.”
“President Hassan Rouhani disagrees with him, and has said that knowing English will help young people join the job market. But he had little power to stop the ban,” Rahimpur said, adding, “however, it is unlikely to stop families from pushing their children to learn English.”
While there was no mention of the announcement being linked to recent protests against the clerical establishment and government, Iran’s Revolutionary Guards have blamed foreign enemies for fomenting the unrest.
Over 1,000 were arrested during the protests that spread to more than 80 cities and rural towns, as thousands of young and working-class Iranians expressed their anger at graft, unemployment and a deepening gap between rich and poor.
(With input from agencies)
[Top photo: A student reads aloud in the classroom, Tehran, Iran. /VCG Photo]
5603km