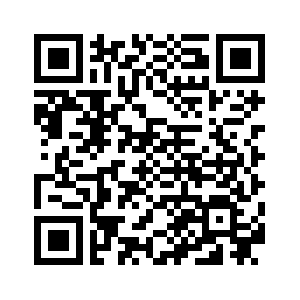 Sudan is seething with anger over soaring bread prices after the government eliminated subsidies on wheat imports in its 2018 budget. One student was killed on Sunday as protesters across the country took to the streets, amid reports of authorities confiscating copies of critical newspapers and arresting opposition leaders.
The widespread discontent is stoking concerns that the fresh protests could escalate in a similar way to the unrest that gripped the country in 2013 after fuel price increases.
The death occurred during a protest in Geneina, the capital of Sudan’s West Darfur state, organized by students angry at the increasing prices of bread. Six other protesters were also injured. West Darfur Governor Fadl Almula Alhaja confirmed the casualties without explaining the reason behind the high school student's death. "Investigations will be made to know the details," he noted, maintaining that the situation is stable. Xinhua cited eyewitnesses as saying that police confronted the students which led to injuries among the demonstrators.
Expanding protests
The protest in Geneina was one of many that broke out across the country on Sunday, on the heels of a demonstration in the southeastern city of Sennar a day earlier.
Demonstrators took to the streets of downtown Khartoum, and the southwestern city of Nyala, reported Reuters.
Anti-riot police clashed with students who were hurling stones outside Khartoum University, said AFP.
In Ed Damazin in the country’s southwest, about 400 people chanted "No, no to price rises!" with some setting tires on fire, according to Reuters, which also said police fired tear gas at the demonstrators.
Bread prices doubled in Sudan after the government announced late last month it intended to stop importing wheat, shifting the role to the private sector.
The decision was part of a raft of austerity measures in the 2018 general budget aimed at helping the country’s economy, which is still railing from its 2011 divorce with the oil-rich south and a decades-long trade embargo imposed by the US. The end of the embargo last October resulted in a weaker Sudanese pound.
In an interview with Reuters last month, State Minister for Finance Magdi Hassan Yaseen maintained that the competition between firms importing wheat would prevent an upward price movement. 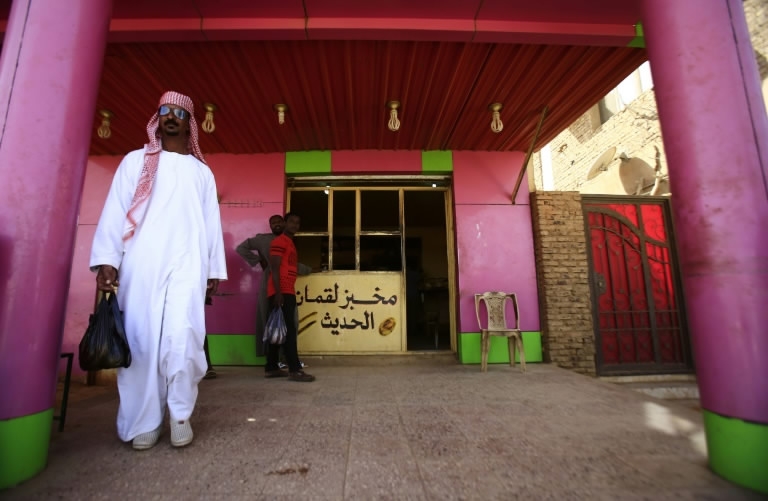 Bread scarcity turns heat on government
However, shrinking wheat supplies led to a 270-percent price increase for a 50-kilo sack of wheat flour, from 167 Sudanese pounds (23.7 US dollars) to 450 pounds (64 US dollars). As a result, the price of a loaf of bread doubled on Friday, from 0.5 Sudanese pounds (seven US cents) to one pound, according to the country’s Bakeries' Union.
The price increases have forced some businesses to shut their doors, led others to set a quota of bread loaves sold to customers, and impelled people to line up for hours outside bakeries.
Sudanese political parties have called for nationwide protests against the price rises, and some newspapers ran articles criticizing the subsidy cuts – however reports suggest that Sudanese authorities are moving towards cracking down on voices critical of the decision.
Prints of six daily newspapers were taken out of circulation on Sunday. The editions of Al-Tayar, Al-Mustagilla, Al-Qarar, Al-Midan, Al-Assayha and Akhbar al-Watan newspapers, were seized by the country’s national intelligence agency, the National Intelligence and Security Service, according to AFP.
"Our newspaper was confiscated from the printing house," Louai Abdel Rahman from Al-Qarar newspaper told Ankara-based Anadolu agency.
Authorities gave no reason for the confiscation, but at least one editor suspected that the seizure of her newspaper copies was related to the coverage of the bread price hike.
The move "is likely because of our honest and transparent coverage of the consequences of the price rises," said editor of Akhbar al-Watan newspaper Hanadi al-Siddiq in a statement. 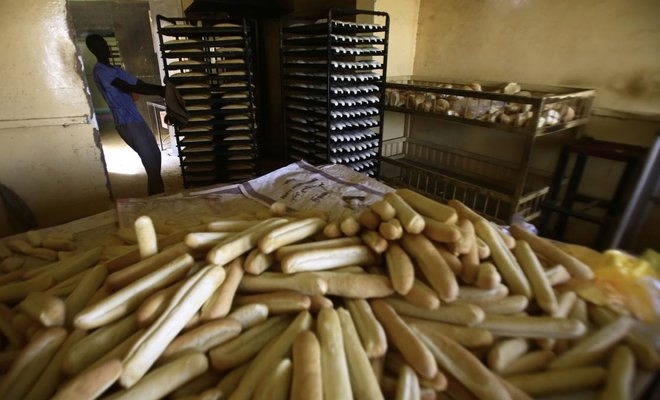 A Sudanese man works at a bakery in the capital Khartoum on January 5, 2018. /AFP Photo

A Sudanese man works at a bakery in the capital Khartoum on January 5, 2018. /AFP Photo

On the same day, two leaders of one of the country's largest opposition group, the Sudanese Congress Party, were detained, the party said.
The party’s former leader Ibrahim al-Sheikh and human rights secretary Jalal Mustafa were taken from their houses in the capital "in an attempt [by police] to exercise its usual policy suppression," Anadolu agency cited party leader Omar al-Dukair as saying.
Sudan has seen a string of sporadic protests in recent years in response to economic reforms that often translate into price increases in everyday commodities such as fuel, medicine and electricity.
In 2013, hikes in fuel prices led to widespread violent protests, during which dozens died. In 2016, a new round of economic measures caused tension in Sudan.
Sudan’s budget for 2018, which was approved by the parliament last week amid controversy, includes the devaluation of the Sudanese pound from 6.9 per US dollar to a new peg of 18 to the dollar, higher electricity tariffs and shifting wheat imports to private companies.
Sudan, which consumes about two million tonnes of wheat per year, relies on imports as local production accounts for only 12 percent of the annual consumption.
(With input from agencies)