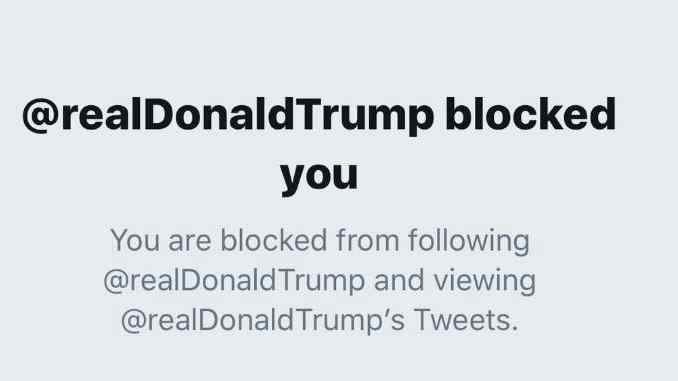 Despite facing a federal lawsuit for blocking twitter users ranging from celebrities to regular web users, US President Donald Trump decided he would not put an end to his ever growing Twitter blacklist. 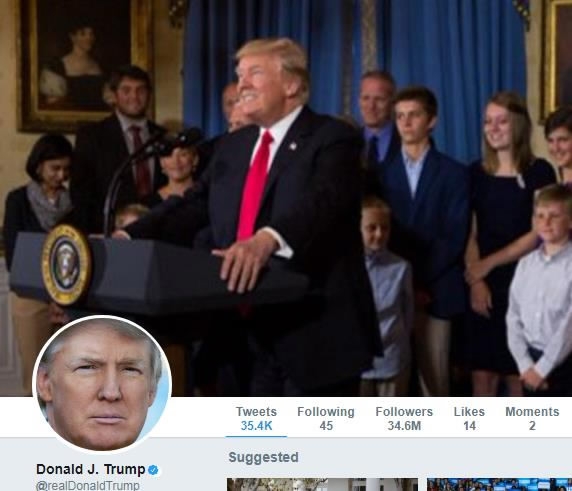 On Tuesday, US model Chrissy Teigen, voted one of TIME’s 2017 “25 Most Influential People on the Internet”, shared a screenshot of a notification that Trump had blocked her. 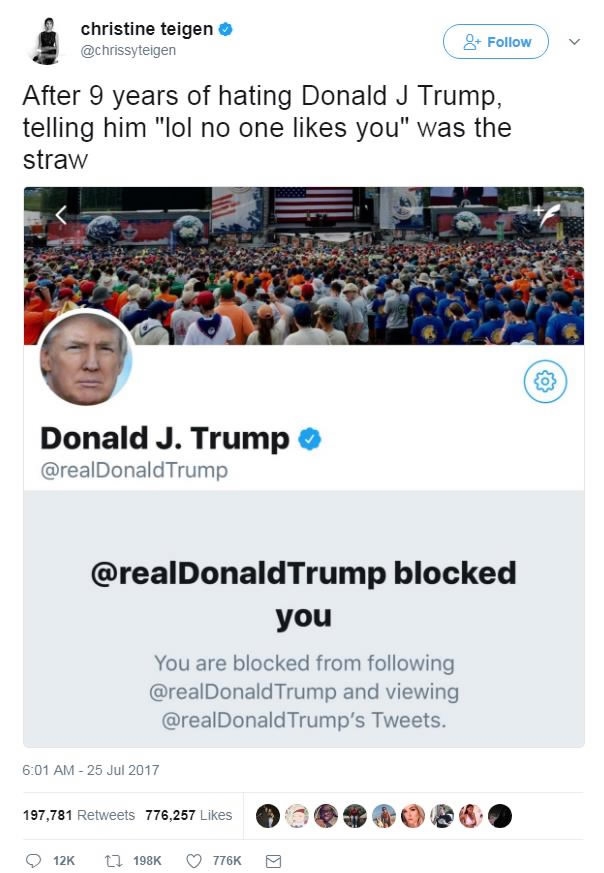 Screenshot of Teigen's tweet showing Trump has blocked her.

Screenshot of Teigen's tweet showing Trump has blocked her.

“After 9 years of hating Donald J Trump, telling him ‘lol no one likes you’ was the straw,” Teigen posted as a caption to the above screenshot.
The last straw for Trump was apparently Teigen’s comment on Monday, when she replied “Lolllllll no one likes you” to one of his tweets complaining about a lack of support among Republicans. 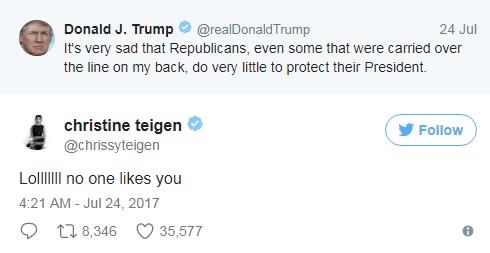 Teigen’s comment was retweeted over 198,000 times and received over 12,000 comments.
Many Twitter users responded with support, with some sharing their experiences of being blocked by the President.
Twitter user @krisyhead even ventured to create a hashtag based on Teigen’s reply and commented with the line to one of Trump’s more recent tweets. 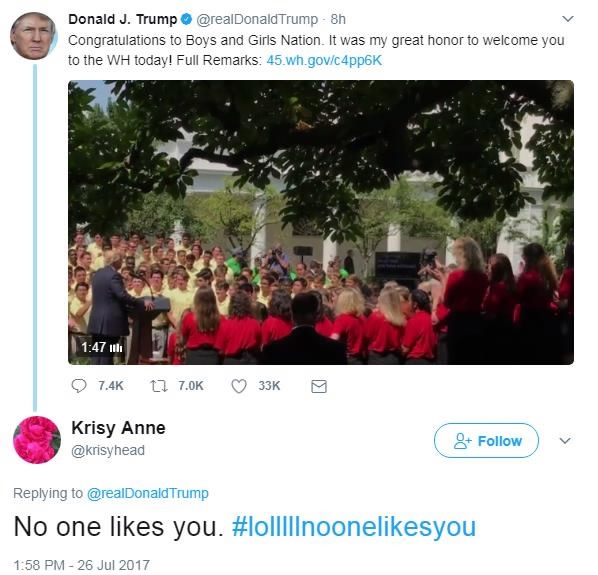 Teigen's public opposition to Trump is nothing new.
In February, when Trump tried to call for public support for his controversial travel ban by tweeting “We must keep ‘evil’ out of our country!”, Teigen replied with a bold comment proposing to call him an Uber.

"I've actually been a big Donald Trump hater (for a long time). I've been trolling him for about five to seven years now," she told USA TODAY in February.
Teigen is not the first Twitter user blocked by Trumps’ personal account @realDonaldTrump; the running list even includes novelist Stephen King.
Several Twitter users are now sharing their experiences of being blacklisted by the President using the hashtag #BlockedByTrump. 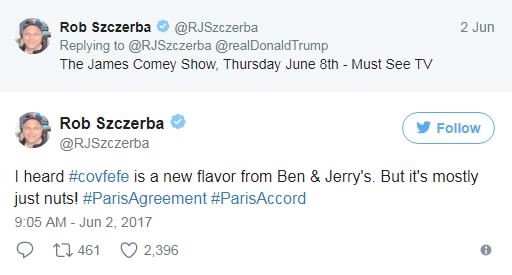 Screenshot of Szczerba's tweet that led to him being blocked.

Screenshot of Szczerba's tweet that led to him being blocked.

Earlier in May, songwriter Holly O'Reilly was notified she had been blocked by Trump’s account after she tweeted an animated GIF showing Pope Francis throwing the president an awkward look. 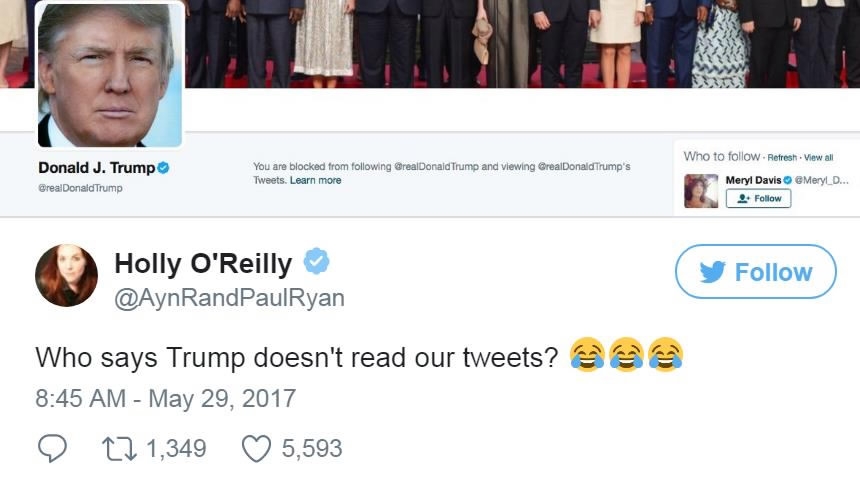 After being blocked, O’Reilly took the matter more seriously.
She joined the Knight First Amendment Institute at Columbia University in New York with another six tweeters, and together they sued Trump for violating the First Amendment of the Constitution that protects freedom of speech.
The federal suit names previous White House press secretary Sean Spicer and Dan Scavino, the White House director of social media, as defendants in addition to Trump.
It asks for the Twitter block to be deemed unconstitutional and seeks an injunction to require the president to unblock users.
Besides blocking Twitter users, Trump and Republicans have also stirred up a debate by proposing a rollback of the Federal Communications Commission (FCC)’s net neutrality rules, which include banning Internet service providers from blocking legal content.
A public hearing is set to take place in September.