Opinion: Who's to blame for teacher throwing fit on train in China?
Guest commentary by Li Hongchang 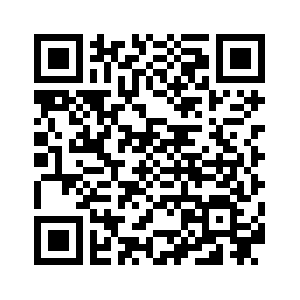 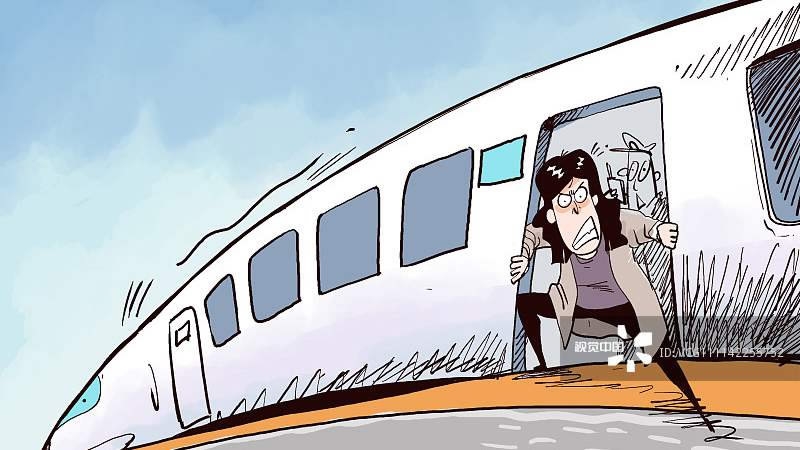 The footage of a Chinese teacher trying desperately to stop a high-speed train from leaving the platform on Jan. 5 has gone viral on the Internet and sparked controversy.
Many questions have arisen. Should the teacher be punished for delaying the train? Was it really her fault or was she just reacting to incompetent staff and unreasonable rules?
But fundamentally there is one simple question lying at the core of all the social media discussions:
Who is to blame? 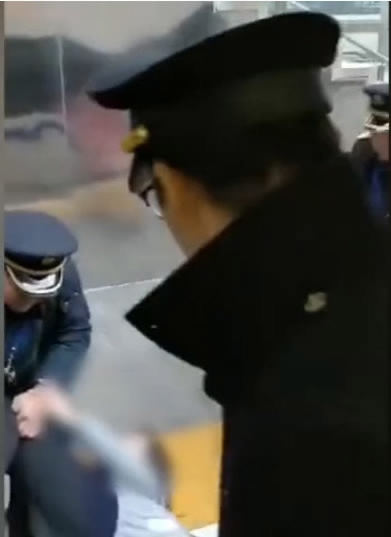 Screenshot from the video showing railway police trying to pull Luo Haili away from blocking the door.

Screenshot from the video showing railway police trying to pull Luo Haili away from blocking the door.

The parties involved clearly expressed their viewpoints and the theories supporting their arguments. We can classify them into the following three categories.
Humanitarian theory
This theory maintains that we need to satisfy the need of individual citizens. It’s heart-warming for the police to take the female teacher’s husband and let the family board the train. If the railway staff did things in a more efficient way and helped them get on the train within 10 seconds, the incident could have been avoided.
Social norm theory
Social norm theory insists that the female teacher and her family should be resolutely stopped, dragged off of the train and be seriously punished for their misconduct, which caused disturbance among passengers and incurred huge losses for railway operators due to the delay of train departures. It’s believed that private rights can never be justified to violate or challenge good public order and custom. Therefore, the teacher should be severely punished and removed from her teaching post as a warning to society.
Institutionalization theory
This one argues that all the parties involved, to some extent, broke an unwritten contract of social norms and behavior. Everyone should be able to take legal action for the “crimes” that have been committed against them. The female teacher should be fined; however, she needn’t be suspended from her teaching post, which has nothing to do with her obstructing the operation of the train service.
At the same time, she has the right to sue the railway operator for not checking her and her daughter’s identity card and letting her husband on as well as ineffective implementation of railway rules – say, the boarding gates have to be closed 5 minutes before departure. Railway operator and staffs should enforce the law strictly; otherwise, it would set a very bad example and even an act of connivance. Therefore, it is not right to allow the teacher’s husband to board the train; rather, all of them should be expelled from it.

Screenshot of a statement from Hefei station, which belongs to Shanghai Railway Bureau, posted on its official Weibo account on January 9, 2018.

Screenshot of a statement from Hefei station, which belongs to Shanghai Railway Bureau, posted on its official Weibo account on January 9, 2018.

When making social decisions, we should make trade-offs between the cost-benefit of the individual with that of the rest of society. Except for emergencies such as a patient needing emergency medical care, which is a life-and-death matter, generally speaking, public interest will be damaged and seriousness of rules will be neglected and even mocked at, which greatly increase the operating cost of the whole society.
In a word, it’s ridiculous to allow the teacher’s family to board the high-speed train at the cost of breaking the fundamental operational rules of the railway system and delaying the train to impose a cost on the rest of the passengers. But what’s worse is that it clearly demonstrates that we can find reasonable excuses to break public laws and rules. At the same time, it’s absurd to suspend the teacher from her teaching post. The fact some people are calling for this shows how they don’t have the ability to think logically and rationally.
We should worry about the irrational behavior of the teacher, railway staff and netizens.
The incident coldly reveals the reality that we are far from reaching a civil, law-governed and rational society. Simultaneously, we should be encouraged to observe a lot of people agree that private and public rights have to be mutually respected and all social parties involved have to carry out their responsibilities in a civilized way, not simply act from an emotional state or rush to make moral judgments.
(The author is Associate Professor of Beijing Jiaotong University. The article reflects the author's opinion, and not necessarily the view of CGTN.)