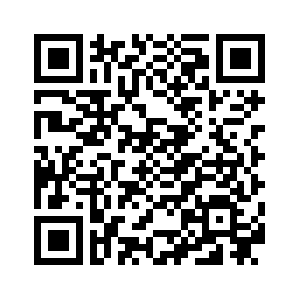 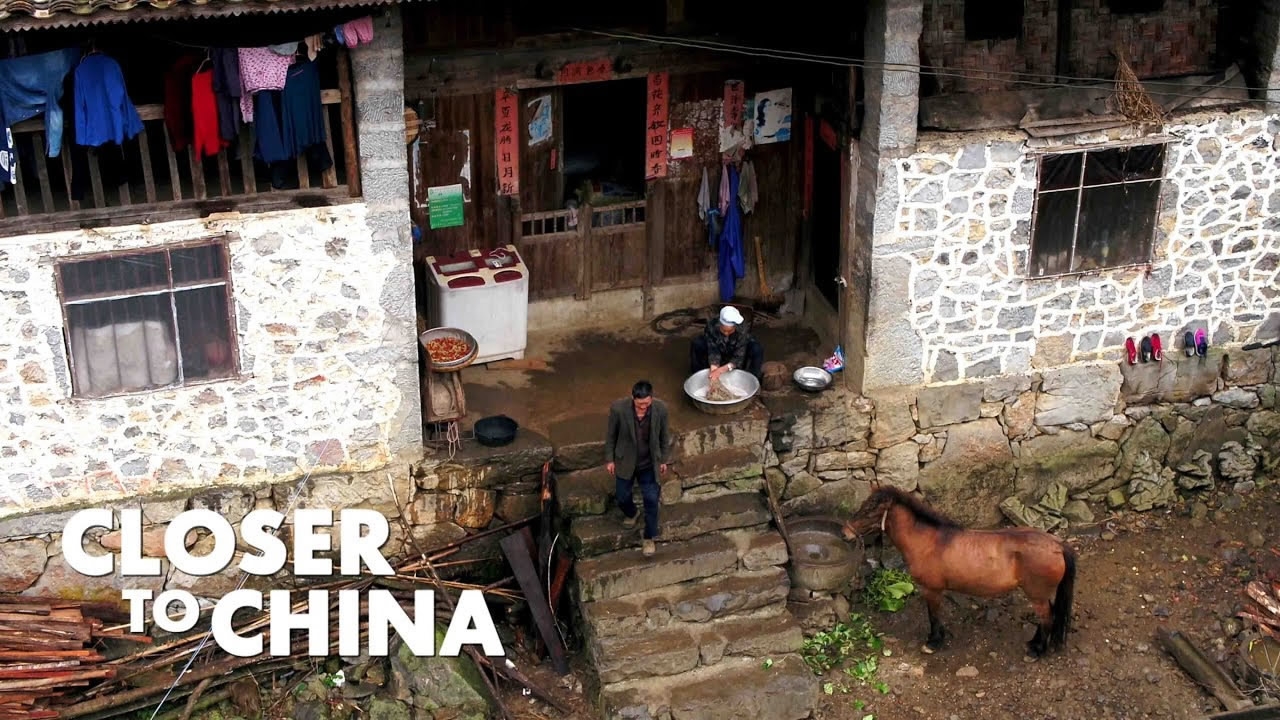 China has lifted over 700 million people out of poverty, the greatest anti-poverty accomplishment in world history. But still there are about 40 million people living in extreme poverty; some are intractably poor, usually due to geographic isolation or personal hardship.
How does the central government organize such a massive initiative? Why has General Secretary Xi Jinping of the CPC Central Committee made poverty alleviation a signature priority of his leadership? What are the challenges, the obstacles? Which organizations are involved? How does China plan to eliminate extreme poverty in three years? How then to make China’s poverty reduction campaign sustainable? And don't forget: How reliable is the data? When we follow poverty reduction, that’s getting Closer To China.

How to elevate officials’ spirits when performing poverty alleviation tasks?

To carry out targeted poverty alleviation, about 800,000 officials have been sent to the frontline on poverty-relief missions, working on the very local level. These villages are very poor and the officials need to work in them one by one. To motivate officials, from county or provincial level, to go down to the poorest levels and work with individuals in difficult physical circumstances is by no means easy.
Robert Lawrence Kuhn asked Wu Guobao, director of the Center for Poverty Studies at CASS, about how to motivate and elevate officials’ spirits when they're performing poverty alleviation tasks. 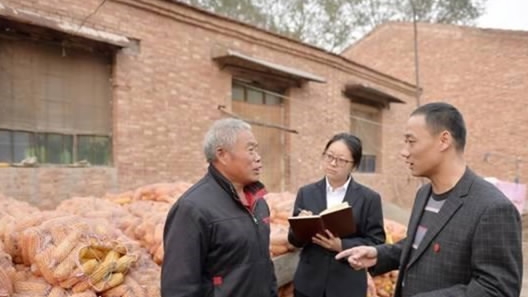 “Over years of learning lessons from others, say, by referring to experiences of the development programs in China designed by the World Bank, we have already developed measures to monitor, examine and evaluate the work of staff working in poor villages. It includes three aspects."
"First, at the county and township levels, we set up systems of support for poverty alleviation management departments. For example, the cadres will keep records of their daily work in the village, such as what activities they have performed, etc. And then report to the township and county."
"Second, superior officials will inspect the villages from time to time, and ask the aid recipients about the performance of the cadre working in village. The questions go like this: Is he visiting the poor households every day? And what problems is he working on? Such a conversation is also carried out with village cadres."
"Third, the recipients' satisfaction is a very important indicator in China’s poverty alleviation. That is to say, if the poor are not satisfied with the cadres assigned there to help, they cannot be lifted out of poverty because their problems cannot be effectively solved. Therefore, with multiple sources of information, we can evaluate the performance of our cadres and staff in an objective and reliable manner.”

Why is targeted poverty alleviation the highest national priority?

To "continue to implement targeted poverty reduction and alleviation measures" and to "ensure that by 2020, all rural residents living below the current poverty line will have been lifted out of poverty" were emphasized by General Secretary Xi Jinping in his report to the 19th Party Congress. The fight against poverty is a human fight and every country throughout history has been concerned with poverty.
Why then is the anti-poverty campaign in China, the so-called “Targeted Poverty Alleviation” program, so important that General Secretary Xi has made it the top national priority? Liu Yongfu, director of the State Council Leading Group Office of Poverty Alleviation and Development, shared his views with Robert Lawrence Kuhn. 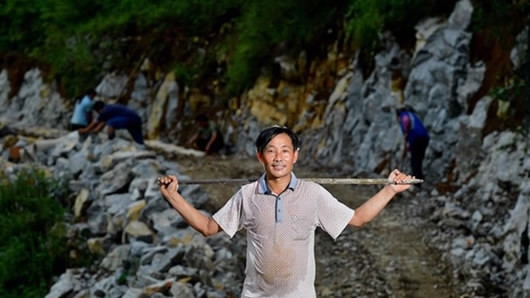 “To enable everyone to lead a happy life is a common desire of all human beings. To reduce poverty is a daunting task for all countries, especially the underdeveloped ones. But this task is of special importance to China."
"Why? China is the most populous country in the world, whose development lagged behind for a long time, and whose impoverished population is relatively large. Since the founding of New China, the CPC and the Chinese government have tried to eradicate poverty by developing the socialist system. And we have partially achieved the goal."
"Entering the new era, China will fulfill its Chinese Dream and build a moderately prosperous society in all respects, but it must not leave the poor behind. Before the 18th CPC National Congress in 2012, China had a total of nearly 100 million poor people. The number of poor people recognized by the Chinese government numbered 99.89 million at the end of 2012 – that’s a population larger than all but a few countries."
"So the reason China attaches such great importance to poverty alleviation has to do with, first, our national conditions, and second, our task of building a comprehensively well-off society. Undeniably, the workstyle and characteristics of the leader has also played a role.”

What is General Secretary Xi’s new dimension for poverty alleviation?

China launched large-scale poverty relief programs in 1986. In the same year, 32-year-old Xi Jinping was working in Zhengding County in Hebei Province, serving as deputy county party secretary at the grassroots level. Two years later, Xi became secretary of the prefectural party committee in Ningde, Fujian Province. Some of his speeches and articles from this period were published in his book “Up and Out of Poverty”.
As Xi writes, “I worked hard during the two years in Ningde Prefecture, along with the people and Party Members there. I always felt a sense of unease. Poverty alleviation is an immense undertaking that requires the efforts of several generations."
Over the next 24 years, this county official worked his way up to China’s presidency, and brought his dream of poverty reduction to the center of China’s political life. What is it about Xi Jinping Thought that gives a new dimension to poverty alleviation in China? Robert Lawrence Kuhn spoke with Huang Chengwei, director of the General National Poverty Alleviation Publicity and Education Center at LGOP, about this. 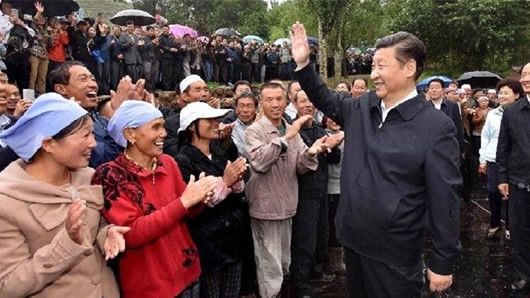 Huang said that when Xi Jinping took office as CPC General Secretary at the 18th CPC National Congress, many fundamental changes took place. "The most prominent ones are reflected in his series of new opinions and ideas on poverty alleviation, which altogether form his strategic thinking on poverty alleviation."
"Xi Jinping’s strategic thinking on poverty alleviation and the development of poor regions specifies that poverty alleviation and development is the essential requirement of socialism and the most daunting task in building a moderately prosperous society in all respects."
"It also covers the ideas of precision, science-based, and content-based poverty alleviation, as well as the ideas of institutional advantages, the building of a community of shared destiny for human beings free from poverty. This has offered a new meaning to poverty alleviation and development in China’s new era, and is a legacy of past leaders’ thoughts on poverty alleviation."
"At the recently concluded 19th CPC National Congress, Xi Jinping also made new plans for our path ahead. At the critical stage towards building a moderately prosperous society in all respects－for the coming 30 years－clear guidelines were presented to promote the country’s modernization and address problems in poor households and regions so as to catalyze common prosperity. I believe such guidance is not only beneficial for China’s fight against poverty, but also valuable for the world, as it represents the China Plan with the pooled wisdom of China.”