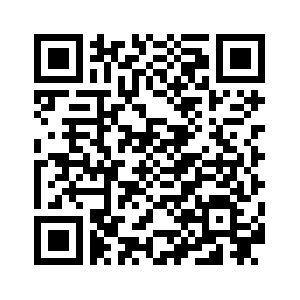 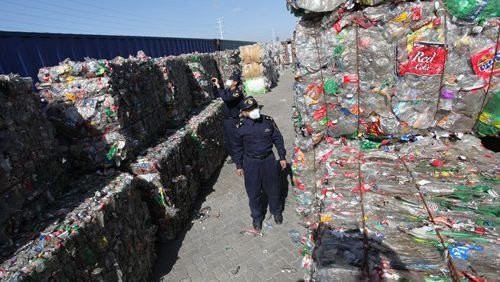 The European Union (EU) on Tuesday announced its first-ever Europe-wide strategy on plastics recycling, a month after China banned imports of waste from Western countries.
All plastic packaging in the European market will be recyclable by 2030, the consumption of single-use plastics will be reduced, and the use of microplastics will be restricted, the EU Commission said in a press release.
A draft of the plan gives a deadline of 2030 to recycle 55 percent of plastic packaging waste, while per-capita annual consumption of plastic bags will be reduced to 90 by 2019 and 40 by 2026.
The strategy also focuses on improving product design to address durability, repairability and recyclability and Member States obliged to monitor and reduce their marine litter.
EU Commission First Vice President Frans Timmermans said, "If we don't change the way we produce and use plastics, there will be more plastics than fish in our oceans by 2050. We must stop plastics getting into our water, our food, and even our bodies.” 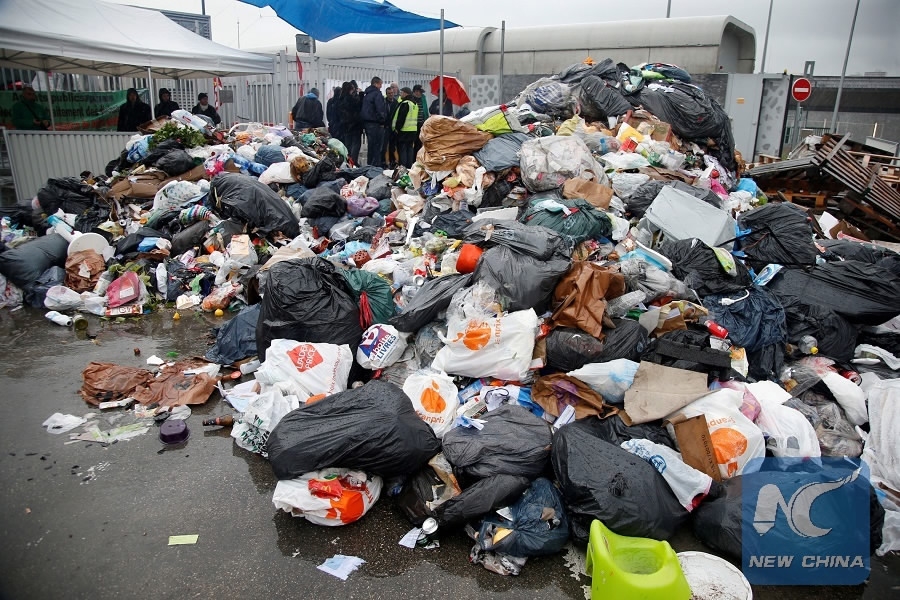 The Egyptian district of Manshiyat Naser outside Cairo is commonly known as Garbage City for its role in collecting and recycling the country’s waste. /Xinhua Photo

The Egyptian district of Manshiyat Naser outside Cairo is commonly known as Garbage City for its role in collecting and recycling the country’s waste. /Xinhua Photo

Europeans generate 25 million tons of plastic waste annually, but less than 30 percent is collected for recycling. Globally, plastics constitute 85 percent of beach litter, according to the commission.
An additional fund of 100 million euros (122.4 million US dollars) has been committed to finance efficient recycling technologies, and to boost innovation in plastic recycling.
The strategy adopts a “circular” approach to contain plastic waste and works on the principle that design and production should fully complement reuse, repair and recycling needs.
According to Jyrki Katainen, EU Commission vice president for jobs, growth, investment, and competitiveness, the EU’s plastic strategy has laid the foundation for a new circular plastics economy, and it will drive investment towards the recycling sector.
“This will help to reduce plastic litter in land, air, and sea while also bringing new opportunities for innovation, competitiveness and high-quality jobs,” Katainen said.
The EU’s waste strategy comes after China banned the import of 24 types of waste from Western countries at the end of 2017.
Last week, UK Prime Minister Theresa May also said the country would eliminate avoidable plastic waste within 25 years.
The 25-year time span has been criticized by environmentalists who claim plastic waste recycling is an emergency issue for the environment.
Policymakers fear that developed countries’ inability to deal with plastic waste following China’s ban will lead to waste dumping in other Southeast Asian countries.
In the meantime, the EU underlined its commitment to partner with countries from around the world to come up with global solutions and develop international standards for plastic waste.
“We will also continue to support others, as we have done with the clean-up of the Ganga River in India,” according to the press release.
China said it banned imports of waste because the US and EU countries flouted waste standard rules.
US Environmental Protection Agency (EPA) data makes clear the mammoth quantity of waste that Western nations have been shipping to China.
Last year, Chinese manufacturers imported a whopping 7.3 million metric tons of waste metal, plastics, and paper worth 18 billion US dollars mostly from developed countries, according to the EPA.
In the last five years, the UK exported over 2.7 million tons of plastic waste to the Chinese mainland and Hong Kong-based recyclers.
And the US last year exported 1.42 million tons of plastics worth 495 million US dollars to China. The EU countries alone shipped 87 percent of the recycled plastic to China, the data showed. 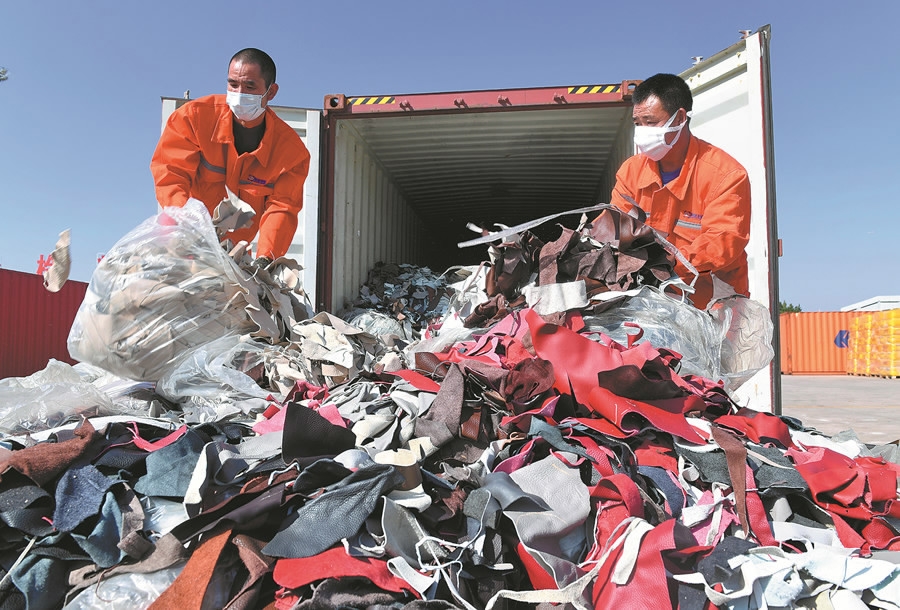 Workers check a load of imported leather scraps in the Chinese city of Xiamen. /Xinhua Photo

Workers check a load of imported leather scraps in the Chinese city of Xiamen. /Xinhua Photo

Notifying the World Trade Organization about its waste import ban, the Chinese government said “that large amounts of dirty wastes or even hazardous wastes are mixed in the solid waste that can be used as raw materials. This polluted China's environment seriously."
China might have banned the import of waste, but its own policy on plastic bags might need an overhaul. The government in 2008 banned the sale of plastic bags, but it did not stop their manufacturing. Chinese shops routinely sell plastic bags.
According to Dr. Zhang Xuehua, an expert on solid waste management and chief advisor to a non-profit organization concerned with urban rivers in the Chinese city of Chengdu, the policy was ill-designed and its implementation has failed to reduce the use of plastic bags by consumers but enabled supermarkets to make extra profits from selling the once-free bags.
"The ban on plastic bags has been largely ornamental,” she told CGTN.