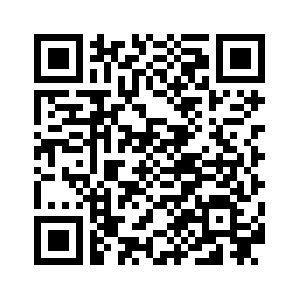 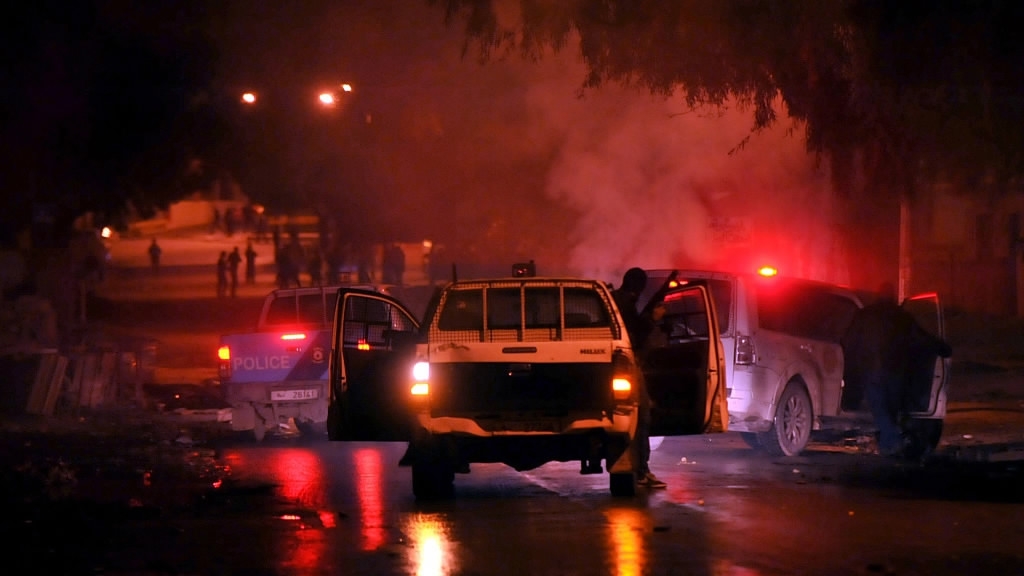 Protesters hit the streets of Tunisia’s cities, including capital Tunis, for a third night on Wednesday, as initially peaceful demonstrations over economic pressures continued to escalate.
Police have fired tear gas at protesters, and government buildings in major cities are being protected by the military ahead of the seventh anniversary of the Arab Spring.

Interior ministry spokesman Khalifa Chibani said that around 50 police officers were wounded during clashes on Tuesday night and that more than 200 "troublemakers" were arrested.
Prime Minister Youssef Chahed on Wednesday condemned acts of "vandalism" that "serve the interests of corrupt networks to weaken the state.”

What sparked the protests?

The recent unrest started with peaceful protests against austerity measures implemented on January 1, but has since spiraled into clashes with police across the country.
The anger was sparked by hikes in value-added tax and social contributions as well as higher petrol prices and increased taxes on cars, phone calls, Internet usage and hotel accommodation. 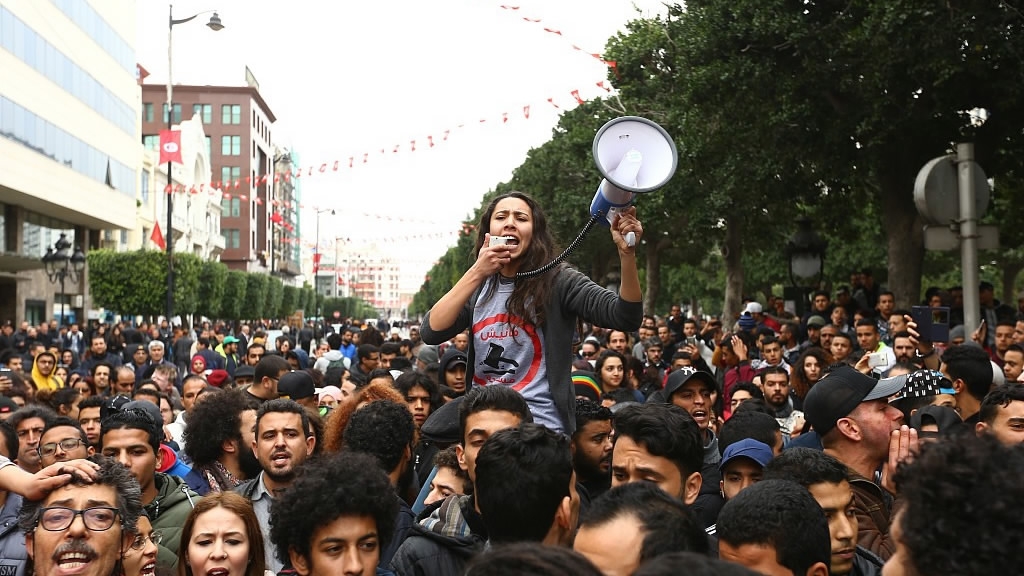 Protesters shout slogans during a demonstration against price hikes in Tunis, Tunisia on January 9. /VCG Photo

Protesters shout slogans during a demonstration against price hikes in Tunis, Tunisia on January 9. /VCG Photo

Activists have called for a massive demonstration on Friday against the austerity measures, and have called for the revision of the legislation behind the VAT and social contribution hikes.
One man died during unrest on Monday night. Police have insisted they were not responsible, but further protests followed his funeral in Tebourba.

Tunisia was at the forefront of the Arab Spring in 2011, after which it experienced a relatively smooth transition to democracy but has struggled economically.
The North African country has had nine governments in seven years and none have been able to deal with growing economic problems. 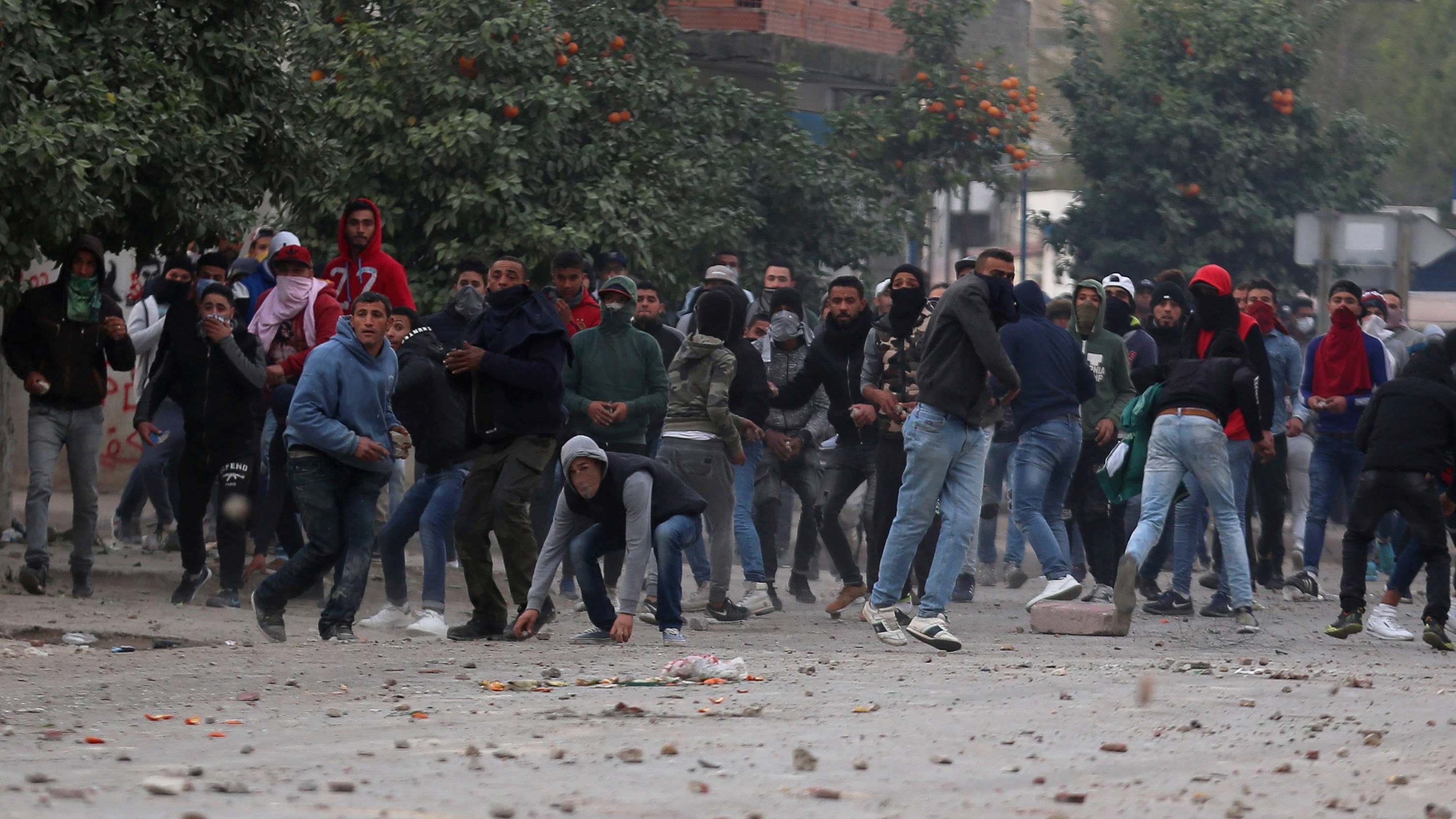 The 2011 uprising and two major militant attacks in 2015 damaged foreign investment and tourism, which accounts for eight percent of Tunisia's economic activity.
The International Monetary Fund urged the country to take “decisive measures” to reduce its deficit last month, after granting the country a four-year 2.8-billion-US-dollar loan in return for economic reforms.

Are the protests unusual?

Unrest is common in Tunisia in the month of January, when the anniversary of the revolt that unseated dictator Zine El Abidine Ben Ali in 2011 is marked.
January 2016 saw the biggest wave of public discontent since the uprising as the death of an unemployed protester in Kasserine sparked days of unrest. The protests over the past week are so far smaller in scale.
The revolution in Tunisia began in the town in December 2010 after street vendor Mohamed Bouazizi set himself on fire and later died in a protest over unemployment and police harassment that spiraled into Ben Ali's overthrow.
‍(With inputs from agencies)
8652km