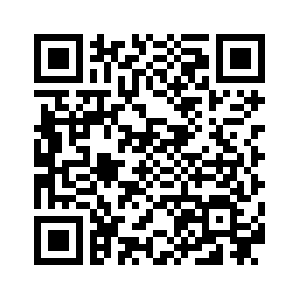 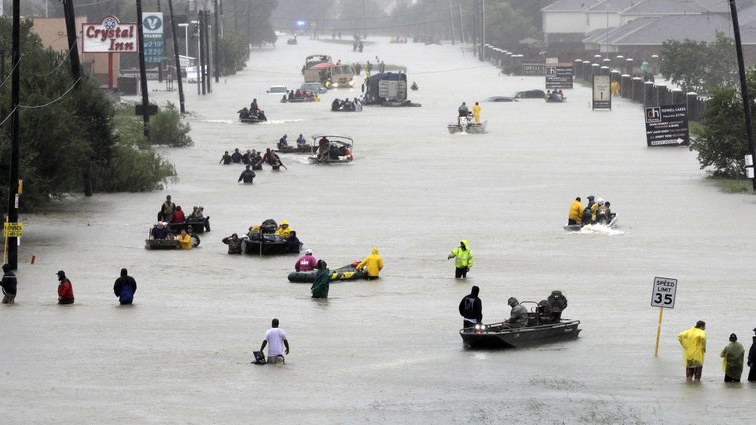 North America couldn’t catch a break in 2017. Parts of the US were on fire, underwater or lashed by hurricane winds. Mexico shook with back-to-back earthquakes. The Caribbean got hit with a string of hurricanes.
The rest of the world, however, was spared more than usual from the drumbeat of natural catastrophes. Preliminary research shows there were fewer disasters and deaths this year than on average, but economic damages were much higher.
While overall disasters were down, they smacked big cities, which were more vulnerable because of increased development, said economist and geophysicist Chuck Watson of the consulting firm Enki Research.
In a year where US and Caribbean hurricanes set a record 215 billion US dollars in damages, according to insurance giant Munich Re, no one in the continental US died from storm surge, which traditionally is the No. 1 killer during hurricanes. Forecasters gave residents plenty of advance warning during a season where storms set records for strength and duration.
“It’s certainly one of the worst hurricane seasons we’ve had,” National Weather Service Director Louis Uccellini said. 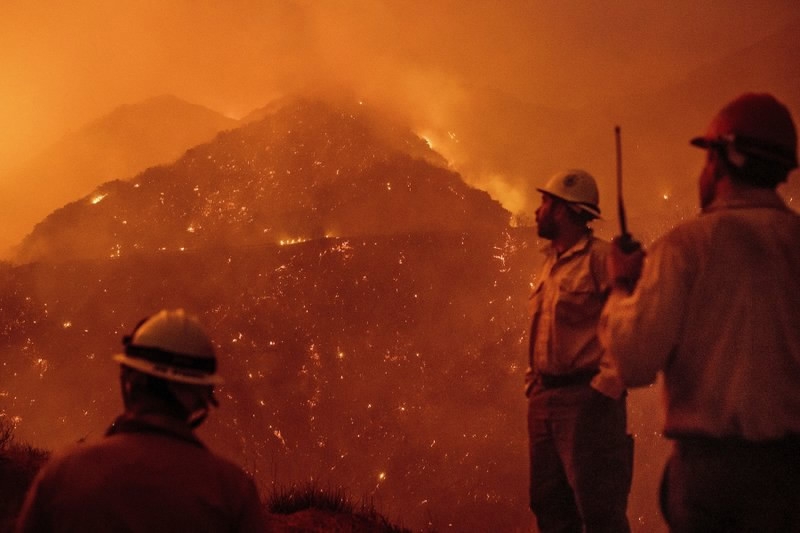 The globe typically averages about 325 disasters a year, but this year’s total through November was less than 250, according to the Centre for Research on the Epidemiology of Disasters at the University of Louvain in Belgium. They included flooding and monsoons in South Asia, landslides in Africa, hurricanes in Ireland, and cyclones in Australia and Central America. Colombia experienced two different bouts of floods and mudslides.
Disasters kill about 30,000 people and affect about 215 million people a year. This year’s estimated toll was lower – about 6,000 people killed and 75 million affected.
Was it random chance, statistical quirk or better preparedness? Experts aren’t certain, but say perhaps it’s a little bit of each.
“This has been a particularly quiet year,” said Debarati Guha-Sapir who heads the disaster research center. “The thing is not to be ... complacent about this.”
But quiet depends on where you live.
The US had gone more than a decade without a Category 3 storm or larger making landfall on the mainland. The last few Septembers – normally peak hurricane month – had been record quiet until this year when Harvey, Irma, Jose and later Maria popped up and grew to super strength in no time, said Colorado State University hurricane researcher Phil Klotzbach.
“September was just bonkers. It was just one after the other, you couldn’t catch a break,” he said. 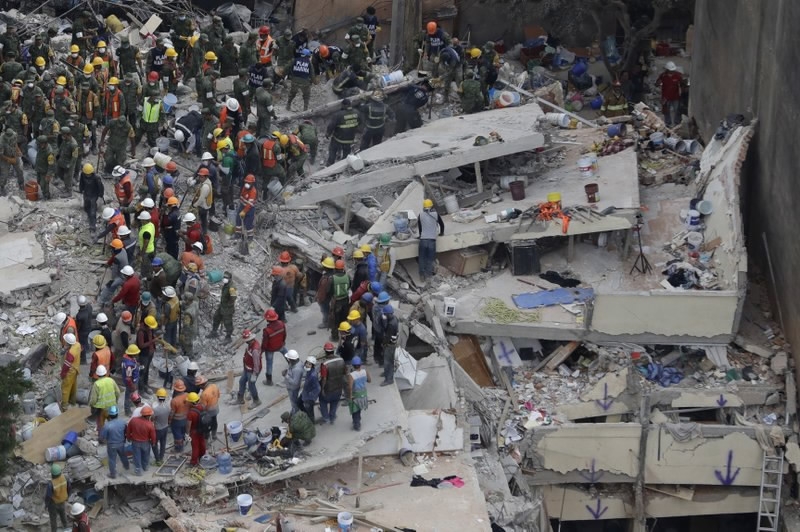 Rescue workers search for people trapped inside a collapsed building in the Del Valle area of Mexico City on September 20, 2017, the day after a 7.1 magnitude earthquake struck the area. Hundreds were killed by the earthquake. /AP Photo

Rescue workers search for people trapped inside a collapsed building in the Del Valle area of Mexico City on September 20, 2017, the day after a 7.1 magnitude earthquake struck the area. Hundreds were killed by the earthquake. /AP Photo

There were six major Atlantic hurricanes this year; the average is 2.7. A pair of recent studies found fingerprints of man-made global warming were all over the torrential rains from Harvey that flooded Houston.
Researchers at the University of South Carolina estimated that economic damages from this year’s disasters, adjusted for inflation, were more than 40 percent  higher than normal, mostly because of Harvey, Irma and Maria. By many private measures, Harvey overtook Katrina as the costliest US hurricane, but the weather service hasn’t finished its calculations yet.
Much of the damage and deaths – storm surge and otherwise – from hurricanes striking the Caribbean are still unknown. The National Hurricane Center hasn’t finished tallying its data.
Uccellini of the weather service said warmer than normal waters and unusual steering currents made the hurricanes especially damaging, combined with booming development in disaster-prone areas.
“We are building in the wrong places. We are building in areas that are increasing in risks,” said Susan Cutter, director of the Hazards and Vulnerability Research Institute at the University of South Carolina.
Wildfires blazed nearly year-round in the US fanned by relentless winds and parched conditions. Some 9.8 million acres of land have burned, mostly in the West, nearly 50 percent more than the average in the past decade. A wildfire that ignited in early December in Ventura and Santa Barbara counties northwest of Los Angeles grew to be the largest in California history. 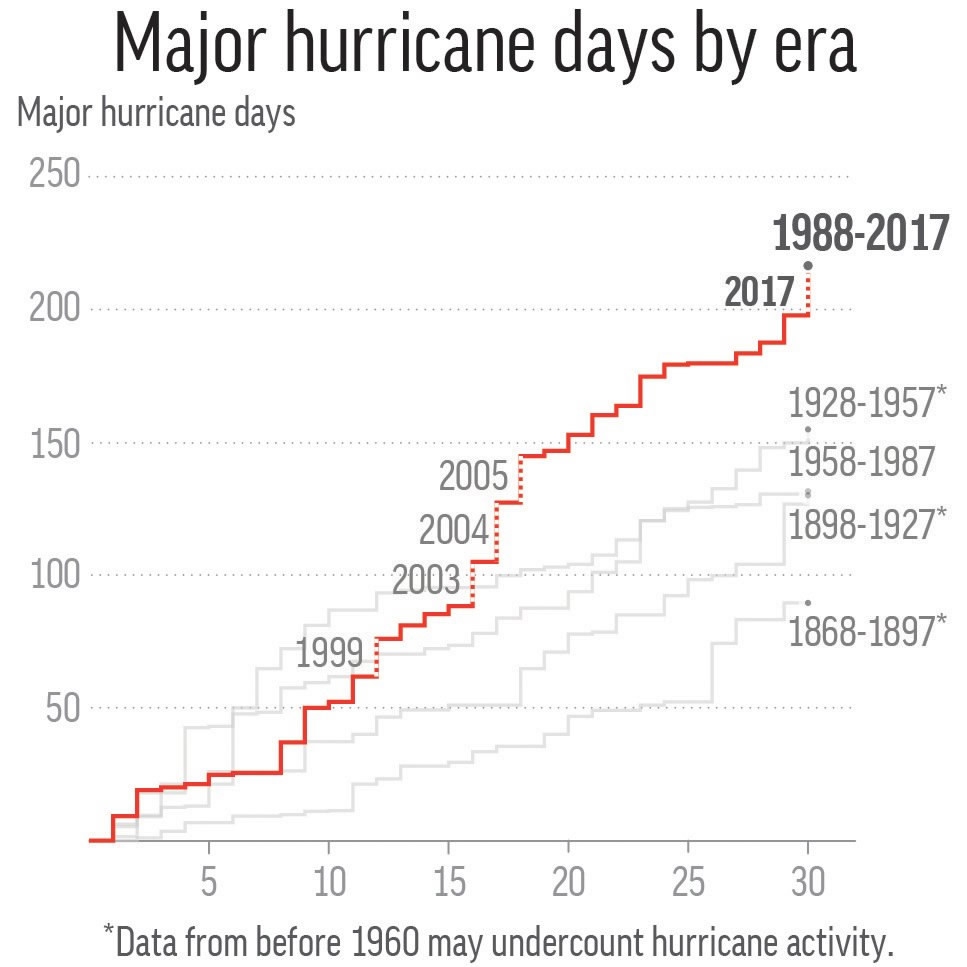 A chart showing a cumulative count of major hurricane days for each 30-year era since 1868. /AP Photo

A chart showing a cumulative count of major hurricane days for each 30-year era since 1868. /AP Photo

Scientists connect drier weather after heavy rains – leading to the buildup of fuel that can catch fire and burn easily – to a combination of both man-made warming and a natural La Nina, the climate phenomenon that’s the flip side to El Nino, said Georgia Tech climate scientist Kim Cobb.
Worldwide significantly fewer people and less land were affected by drought this year, and extreme heat waves were less severe compared to the past.
Landslides were more frequent and deadlier this year, mostly because of the Sierra Leone landslide that killed 915 people, Guha-Sapir said.
Earthquakes worldwide were dramatically down. As of mid-December, there had been only seven earthquakes of magnitude 7 or larger compared to a normal year of about 15. Two powerful quakes struck Mexico in September including one that hit on the anniversary of the devastating 1985 Mexico City quake.
The back-to-back Mexico quakes were unrelated, said geophysicist Ross Stein of Temblor Inc., a company that provides information about seismic risk.
“We have to remember that coincidences really do happen,” he said.
Source(s): AP