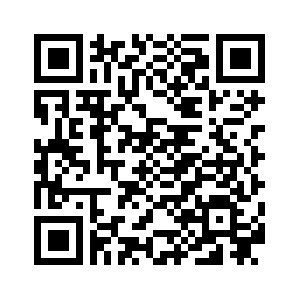 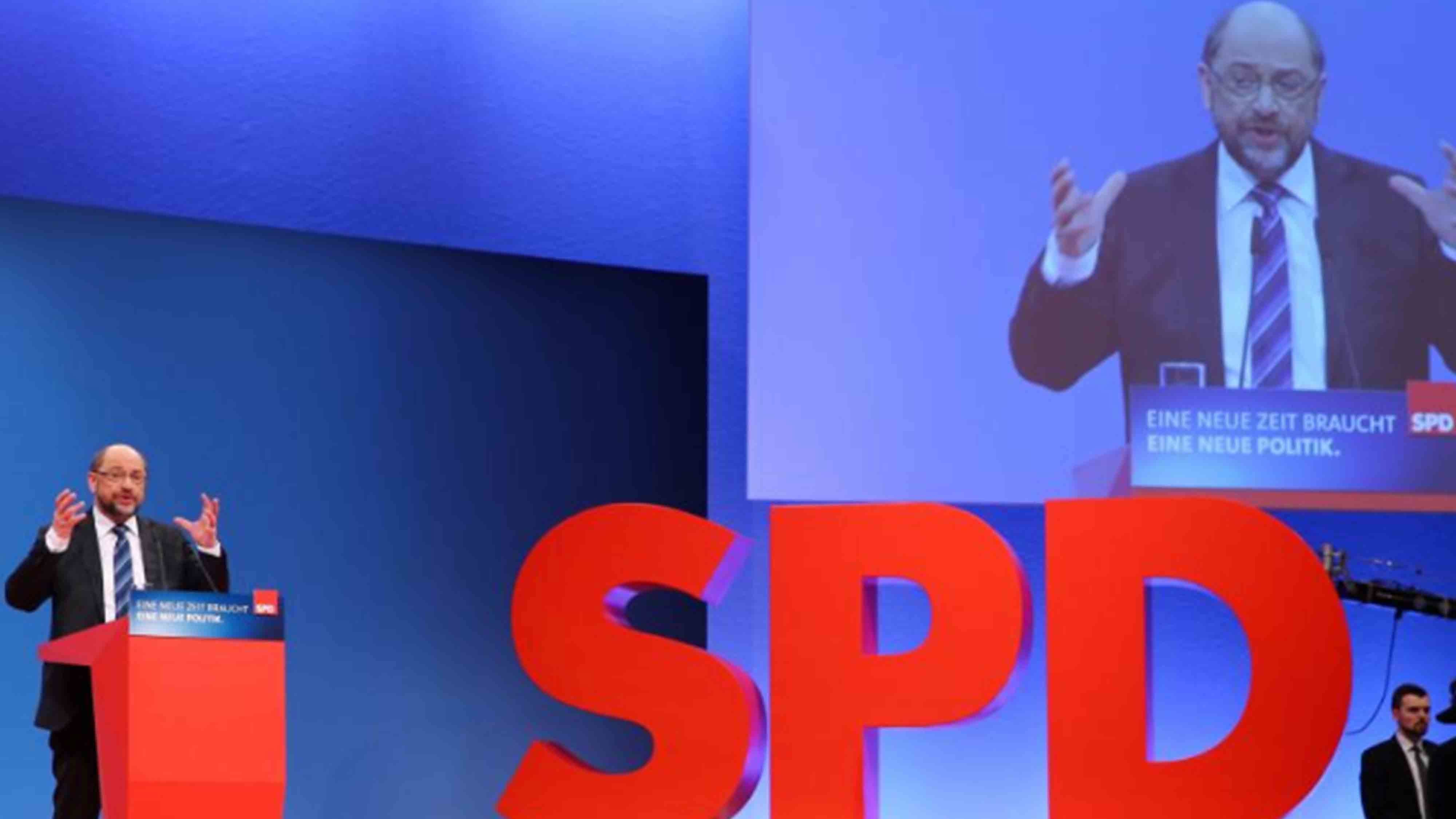 In the coming hours, the fate of one of the most powerful politicians on the world stage may come down to the votes of 600 members of a German political party that gained its lowest ever results in September's election.
The leadership of the center-left Social Democratic Party (SPD) managed to agree with Chancellor Angela Merkel's Conservative bloc (CDU) on a framework for negotiations to form a coalition government last week. Two smaller parties had failed to do the same late last year, ending hopes of the only other viable alternative for a stable government.
But the SPD had always said it would put that preliminary agreement to its membership – which this weekend is split down the middle.
One the one side, there are those, like youth leader Kevin Kühnert, who say the compromise of coalition is killing the party. 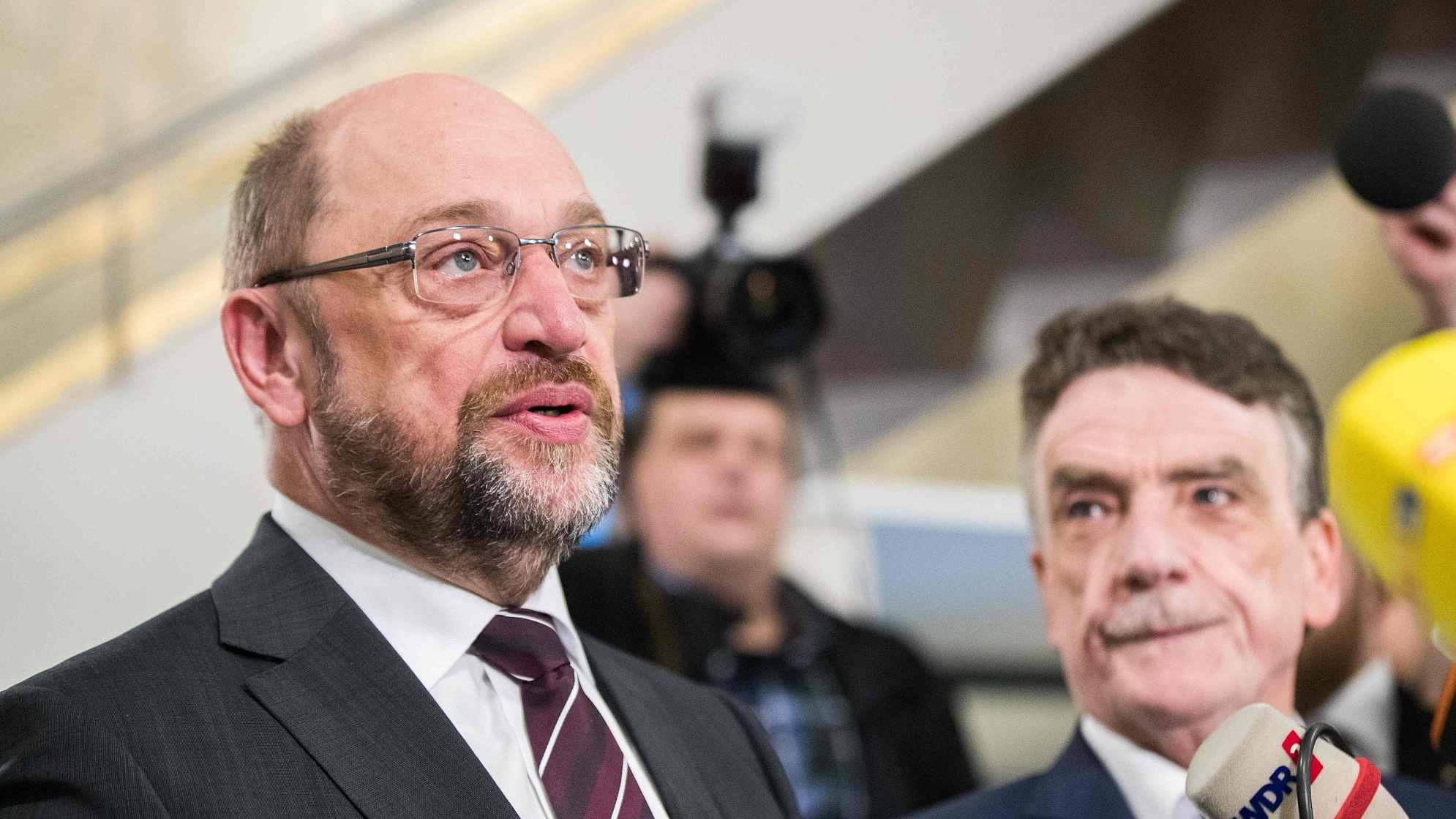 Social Democratic Party (SPD) Chairman Martin Schulz (L) speaks to journalists next to Michael Groschek, board member of the SPD, during a party event of the SPD in Dortmund, western Germany, January 15, 2018. /VCG Photo

Social Democratic Party (SPD) Chairman Martin Schulz (L) speaks to journalists next to Michael Groschek, board member of the SPD, during a party event of the SPD in Dortmund, western Germany, January 15, 2018. /VCG Photo

On the other hand, there are those who say the alternative is worse: that a ‘no’ on Sunday may scupper a key priority for their own party, reforming the European Union with French President Emmanuel Macron. Supporters of this camp believe that the party has a chance to cement its place in history for being part of a government that re-shaped the continent during a decisive period in its history.
That is certainly what Angela Merkel has been trying to remind SPD members ahead of the upcoming vote. The Chancellor stood alongside Macron in Paris on Friday, effectively saying "if you like Macron’s ideas, then you need another Grand Coalition with me at the helm."
Europe is not the only priority for the SPD though - even senior party members in favor of talks want Conservatives to concede more before any final agreement, particularly on health, labor, and migration.
The SPD knows its party is the CDU's last chance of avoiding a serious political crisis that could spell the end of Merkel's chancellorship. 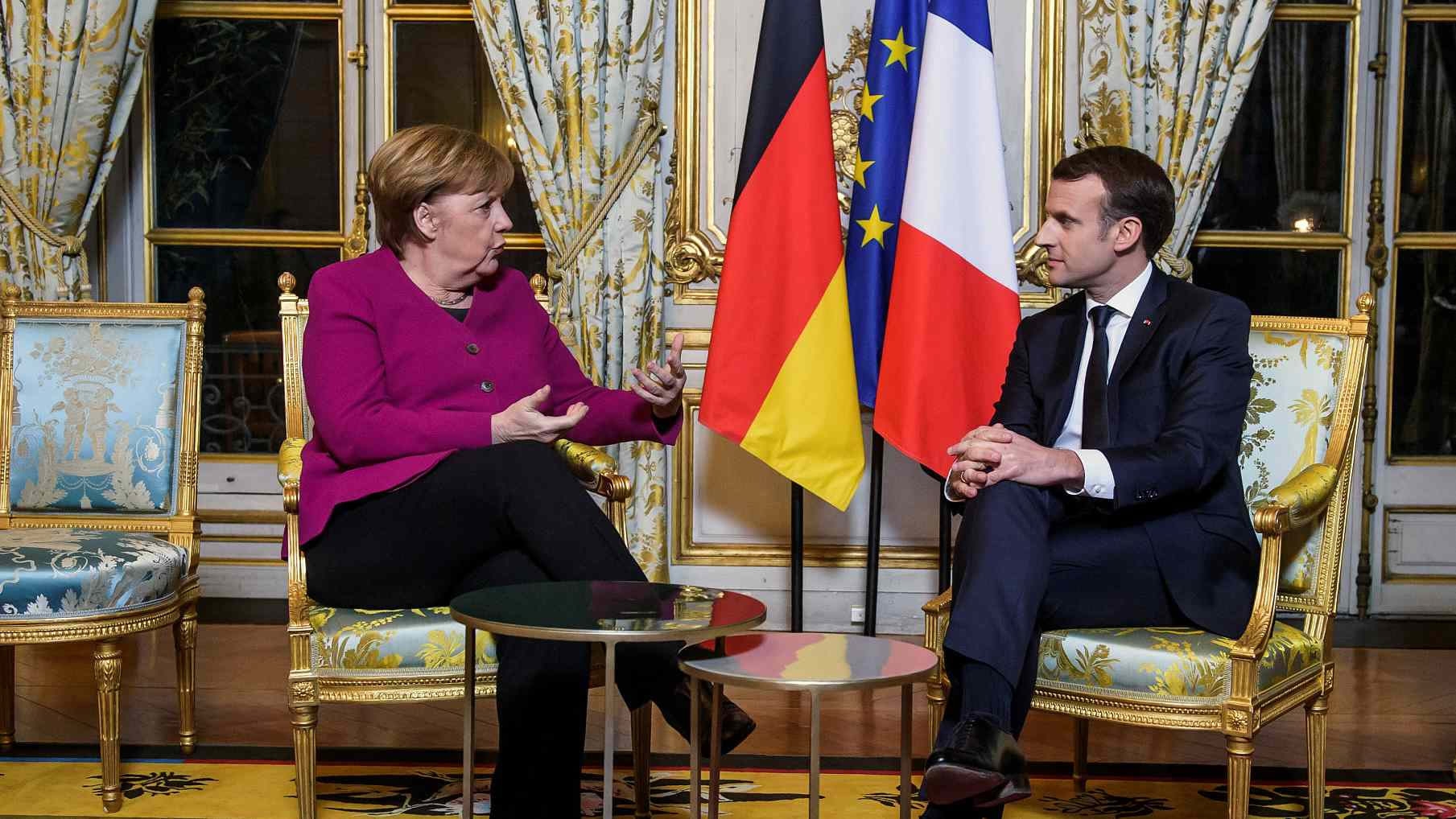 Many Conservatives, though, feel that the SPD's 20.5-percent share of the national vote last year means it already has more from the preliminary agreement than it deserves. Senior figures have ruled out demands for changes to last week’s preliminary deal.
So even if the SPD gives its leadership the chance to negotiate－there is still no certainty whether those talks would be successful. And ultimately, SPD members will get to vote a second time once negotiations are complete. That could yet again leave Germany stumbling on without a stable government – and, possibly, without its current Chancellor.