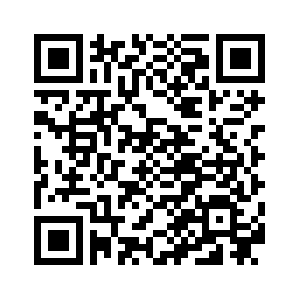 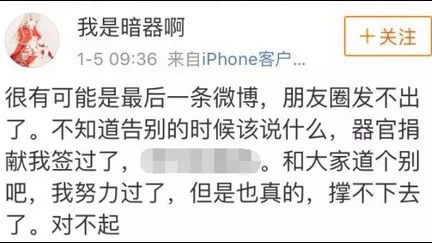 Chinese netizens are well known for their sleuthing abilities, able to find people in real life from only traces of personal information online. This has sometimes led to violations of privacy, where individuals have had their names, phone numbers, and even addresses exposed on the net to be excoriated by all after being accused of doing something morally questionable.
However, netizens used their powers for good this time to save a 23-year-old woman in the southern city of Guangzhou from a suicide attempt. She had aroused online concern when she posted on Friday a message that read like her last words on the microblogging platform Sina Weibo.
Under the moniker @Woshianqia, she posted, “This might be my last microblog. I don’t know what else I should say for farewell. I’ve signed an agreement to donate my organs. I’m saying goodbye to all here. I’ve worked hard,  but I really cannot make it anymore. Sorry.” 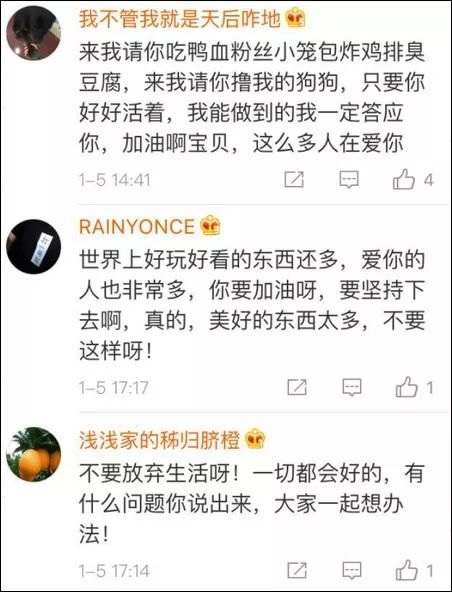 The post was then noticed and shared by many users, followed by an outpouring of encouraging comments on her post that tried to change her mind.
“Don’t give up on life. Everything will turn out well. Just tell us any difficulties you are facing, and we can help you find a solution!” user @Qianqianjiadeziguiqicheng commented.
“You will find the world is beautiful if you see it from another angle. Please do persist and get over the difficulty. Tomorrow will be brighter. See, there are so many people with positive energy. Don’t give up! I can make it, so will you,” @Yuanlaishihoufeng urged.
“Come here. I can treat you to Xiaolongbao (a Chinese-style steamed bun) and fried chicken. You can also play with my pet. Only if you promise to stay alive can I agree with you on everything. See, many people love you,” @Wobuguanwojiushiianhouzadi said. 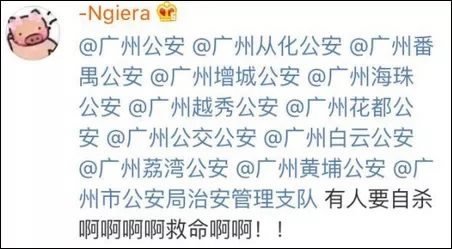 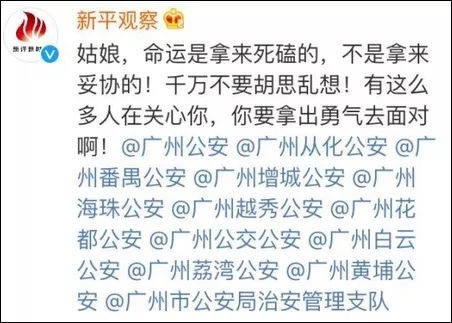 Others took further action by tagging all local police accounts so that the relevant authorities could be notified, while others revealed their own locations so they could help look for her. Eight hours later, local police reportedly found the woman at a river bank. At the time, she did not give a reason for her suicide attempt.
According to Guancha.cn, a Shanghai-based news portal, the woman’s family was eventually informed of the post and her suicide attempt.

Her friend posted a message later that day saying that she was in good health as well as thanking everyone for helping.
1891km