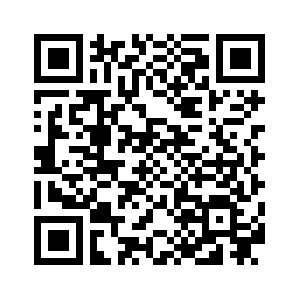 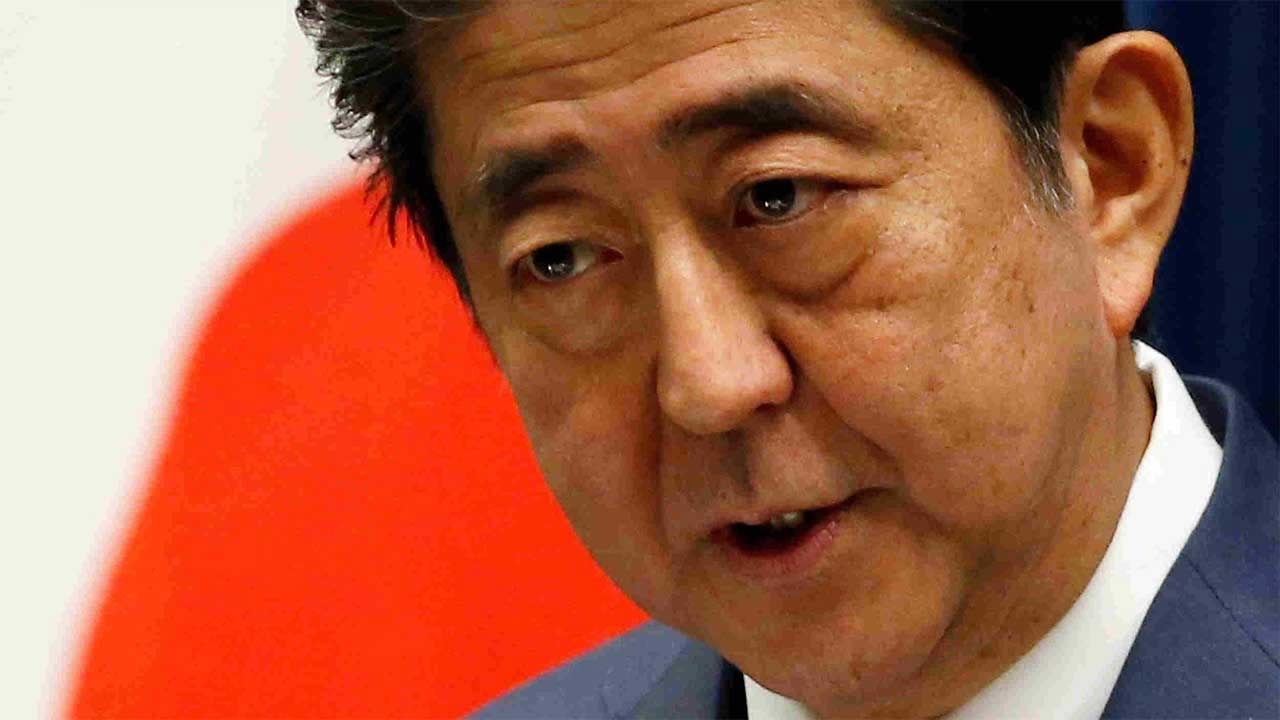 ‍Updated at 7:50 a.m. BJT Monday
Tokyo Governor Yuriko Koike's new party and its allies scored a sweeping victory against Japanese Prime Minister Shinzo Abe's ruling Liberal Democratic Party (LDP) in Sunday's Tokyo metropolitan assembly election.
"We must recognize this as an historic defeat," former defense minister and LDP lawmaker Shigeru Ishiba was quoted by public broadcaster NHK as saying.
Forces supporting Koike captured a total of 79 seats out of the 127 seats up for grabs, with Koike's Tomin First no Kai (Tokyoites First party) winning 49 seats, and its major ally in the metropolitan assembly the Komeito party securing 23 seats.
Meanwhile, Abe's ruling LDP won only 23 seats, its lowest-ever level in a Tokyo assembly election, according to local media.
Voter turnout of Sunday's election stood at 51.27 percent, 7.77 percentage points higher than the one of the previous election in 2013.
(Source: Xinhua)
‍Updated at 10:44 p.m. BJT ‍
Embattled Japanese Prime Minister Shinzo Abe's conservative party was set for a major defeat in the Tokyo assembly election, exit polls showed on Sunday.
Abe has struggled with a series of setbacks and scandals that have driven down his popularity at the national level.
Former TV anchorwoman Yuriko Koike, who was elected the city’s governor in a landslide last year, was expected to seize a comfortable majority of the 127-seat Tokyo assembly, which the ruling Liberal Democratic Party previously controlled but is now bracing for a historic defeat.
While the vote is local, it serves as an important indicator of national political sentiment. 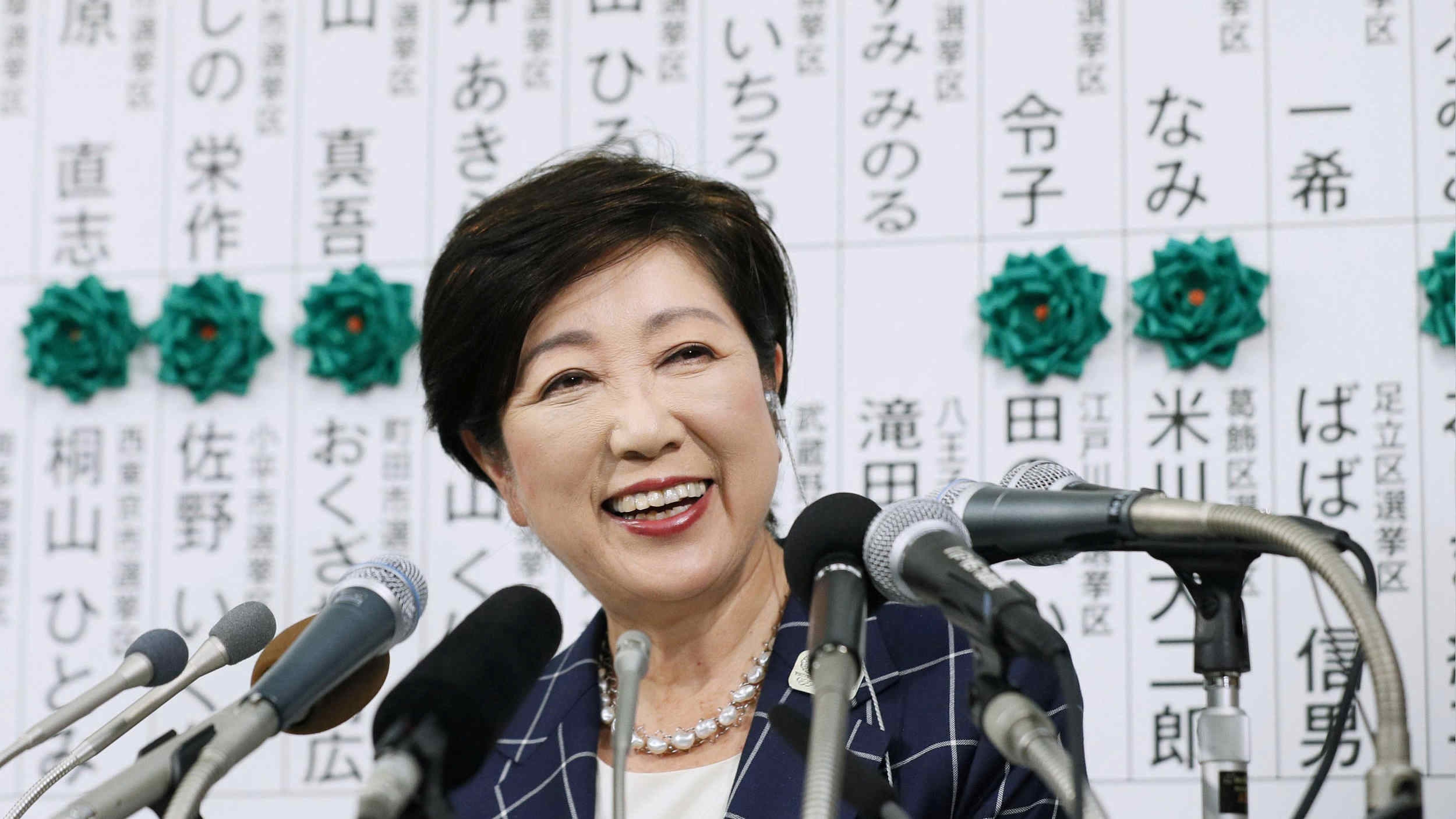 "Forces supporting Koike projected to take majority" of the chamber, national broadcaster NHK said immediately after voting ended at 8:00 pm (1100 GMT).
"The LDP set for serious defeat," and may reduce its seats to a historic low, NHK said.
The broadcaster projected that a coalition under Koike would win 73 to 85 seats in the chamber.
The LDP was projected to drop from 57 to less than 38 seats – the lowest number of seats the conservative party had held in the capital since 2009. 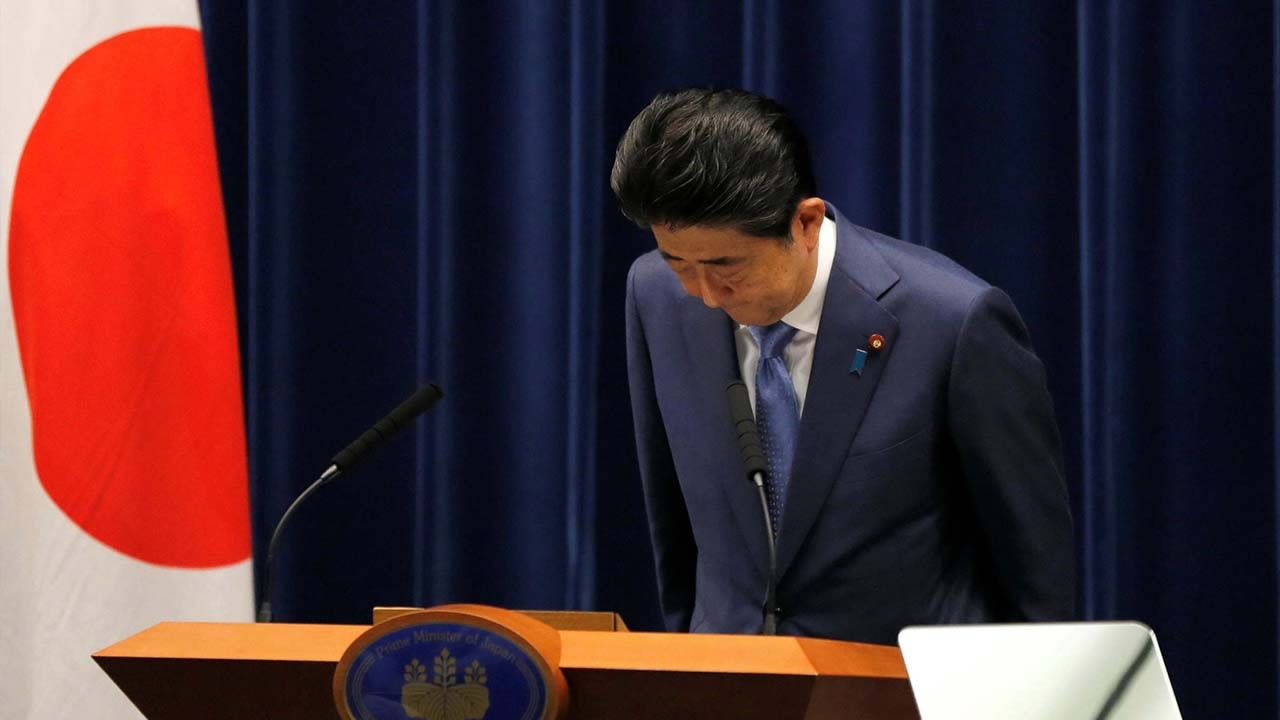 Koike, who has also served as defense and environment minister, has approval ratings topping 60 percent and is already been spoken of by analysts as a potential future prime minister, as Abe battles a cronyism scandal.
The energetic 64-year-old quit the LDP last month to lead the newly-formed Tomin First no Kai (Tokyo Residents First).
Koike has pledged to rein in overspending on the Tokyo 2020 Olympics and has upended political convention by allowing television cameras into what were traditionally closed-door city government meeting.
She managed to forge an alliance with the Komeito party, a Buddhist-backed moderate group that has long sided with Abe in national politics. 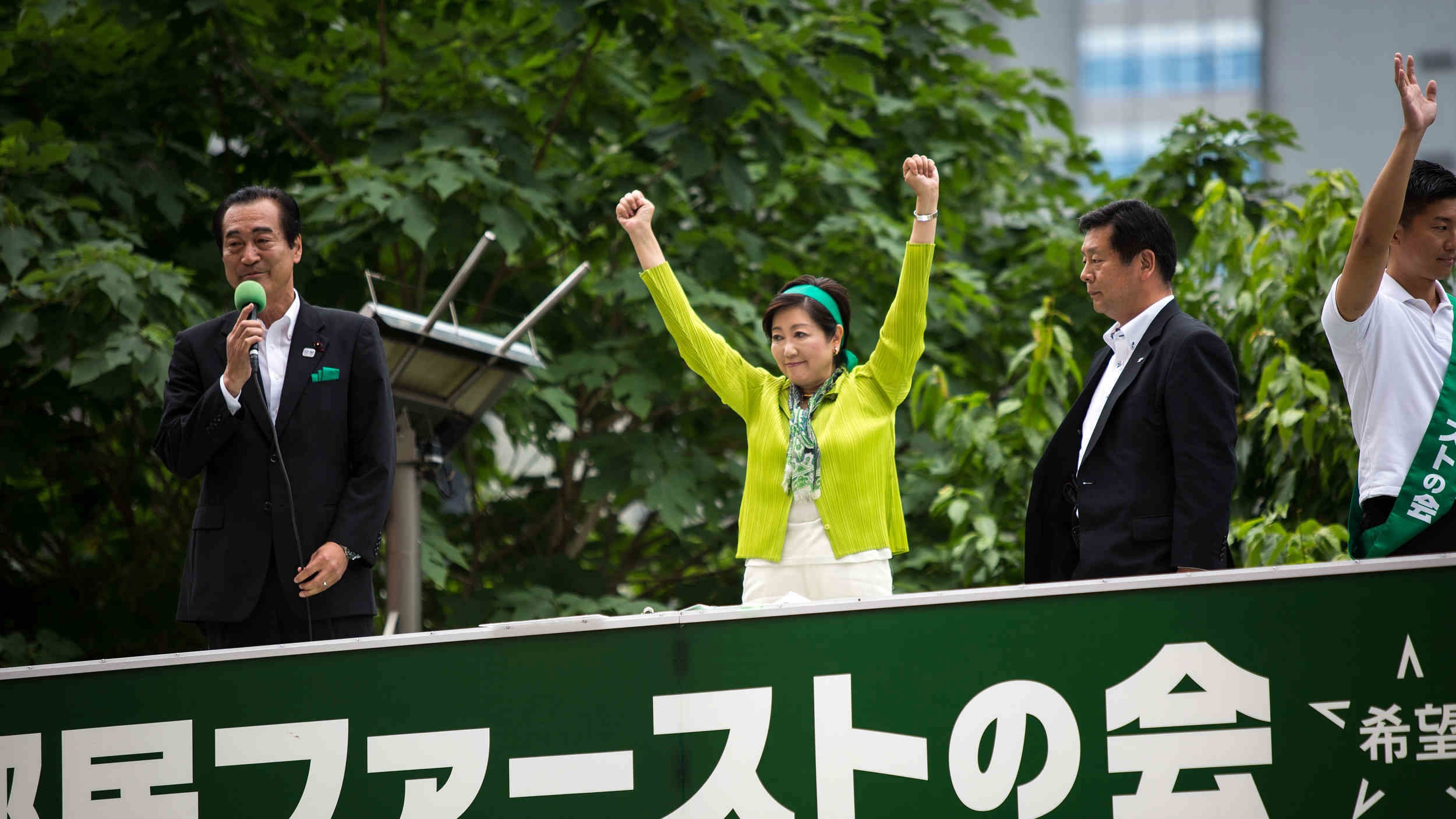 Yuriko Koike, center, who heads the Tokyo Citizens First party, waves her hands to voters from atop of a campaign van with party's members during election campaign for Tokyo Metropolitan Assembly on July 1, 2017 in Akihabara, Tokyo, Japan. /VCG Photo

Yuriko Koike, center, who heads the Tokyo Citizens First party, waves her hands to voters from atop of a campaign van with party's members during election campaign for Tokyo Metropolitan Assembly on July 1, 2017 in Akihabara, Tokyo, Japan. /VCG Photo

“I am grateful that people of Tokyo have affirmed our achievements so far,” Koike said in televised remarks as media began forecasting her massive win.
“This is the moment when we reinstate reasonable, common-sense politics in Tokyo,” she said.
A total of 259 candidates ran for seats in the male-dominated chamber that administers the city of nearly 14 million people.
The vote came as Abe, who was elected prime minister in late 2012, suffers a series of setbacks and faces loud criticism for ramming controversial and unpopular legislation through parliament.
(Source: AFP)
2105km