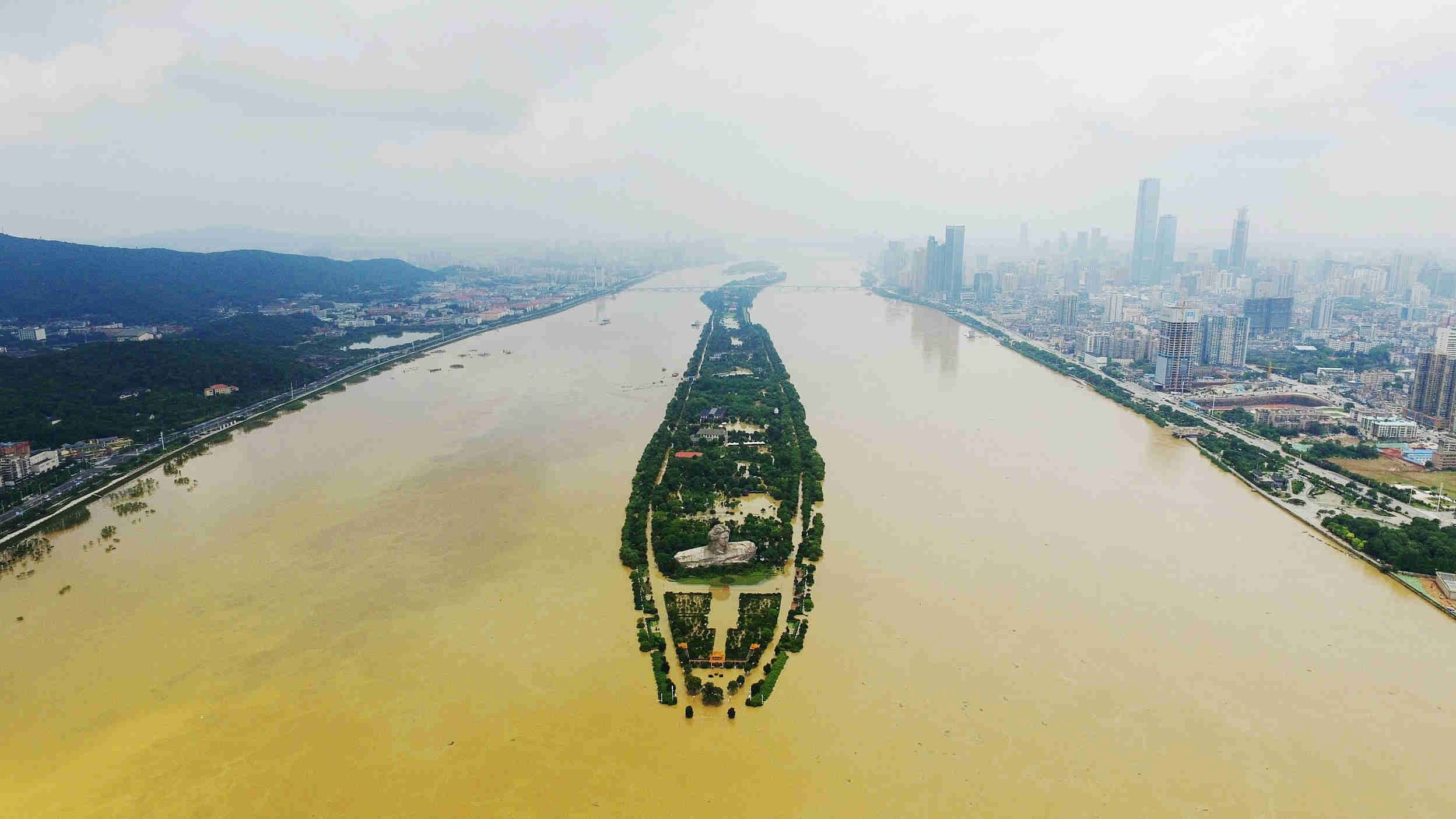 At least 56 people were killed, 22 missing, and over 11 million people have been affected as rainstorm lashed large parts of central and southern China, triggering floods, landslide, haze and other disasters, according to the Ministry of Civil Affairs on Tuesday.
The rainstorm has spread to over 61 cities in 11 provinces, with the direct economic loss exceeding 25 billion yuan (3.7 billion US dollars).
The central government allocated 1.88 billion yuan (276 million US dollars) to 20 provinces for disaster relief. Previously, the Ministry of Civil Affairs and the National Commission for Disaster Reduction had already allocated 3,300 tents, 30,000 quilts and 24,000 folding beds to four provinces, namely Zhejiang, Jiangxi, Hunan and Guizhou. 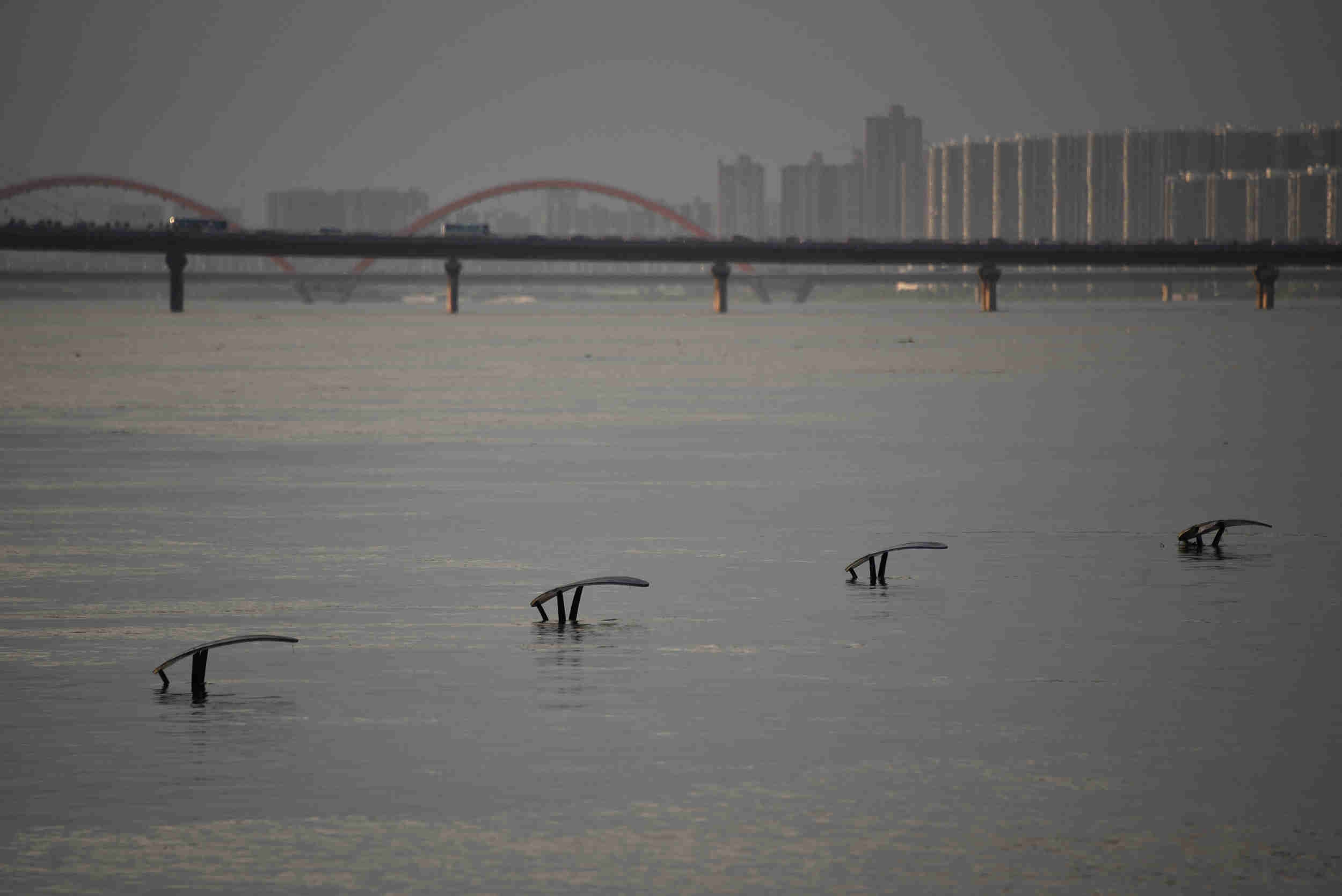 Landscape lamps by Xiangjiang River in Huna Province submerged in water, with only their tops visible. /VCG Photo

Landscape lamps by Xiangjiang River in Huna Province submerged in water, with only their tops visible. /VCG Photo

Hunan Province and Guangxi Zhuang Autonomous Region are among the worst affected areas. 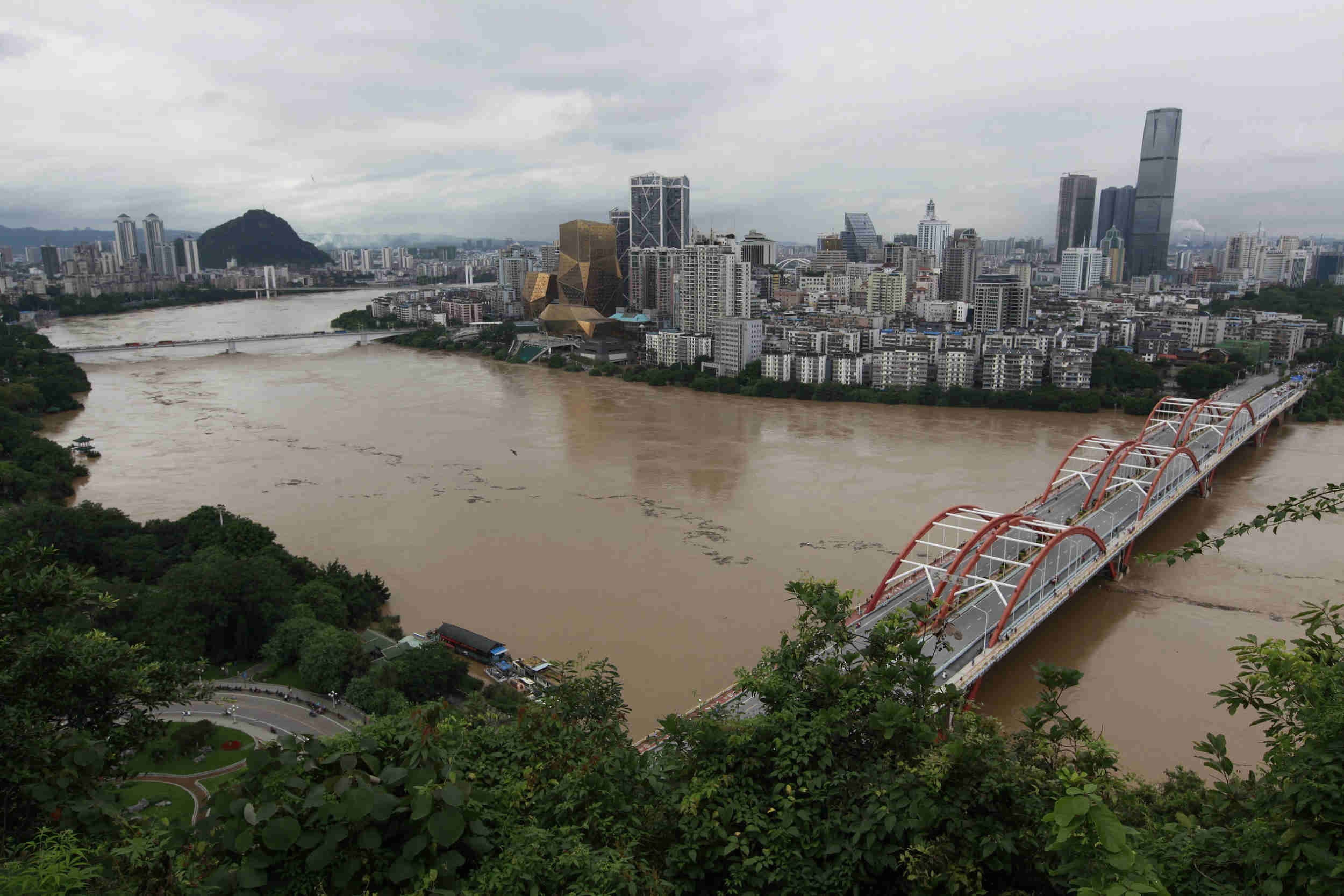 According to a Xinhua News Agency report on Tuesday afternoon, nine people were confirmed dead from a landslide at Ningxiang County in Huna Province on Saturday. 19 others injured in the disaster have been receiving treatment, said the report.
The precipitation in June has broken the provincial record since 1951. According to Hunan's provincial meteorological center, the average precipitation in June this year is 397.4 millimeters, 89.1%  higher than the average level of other years. 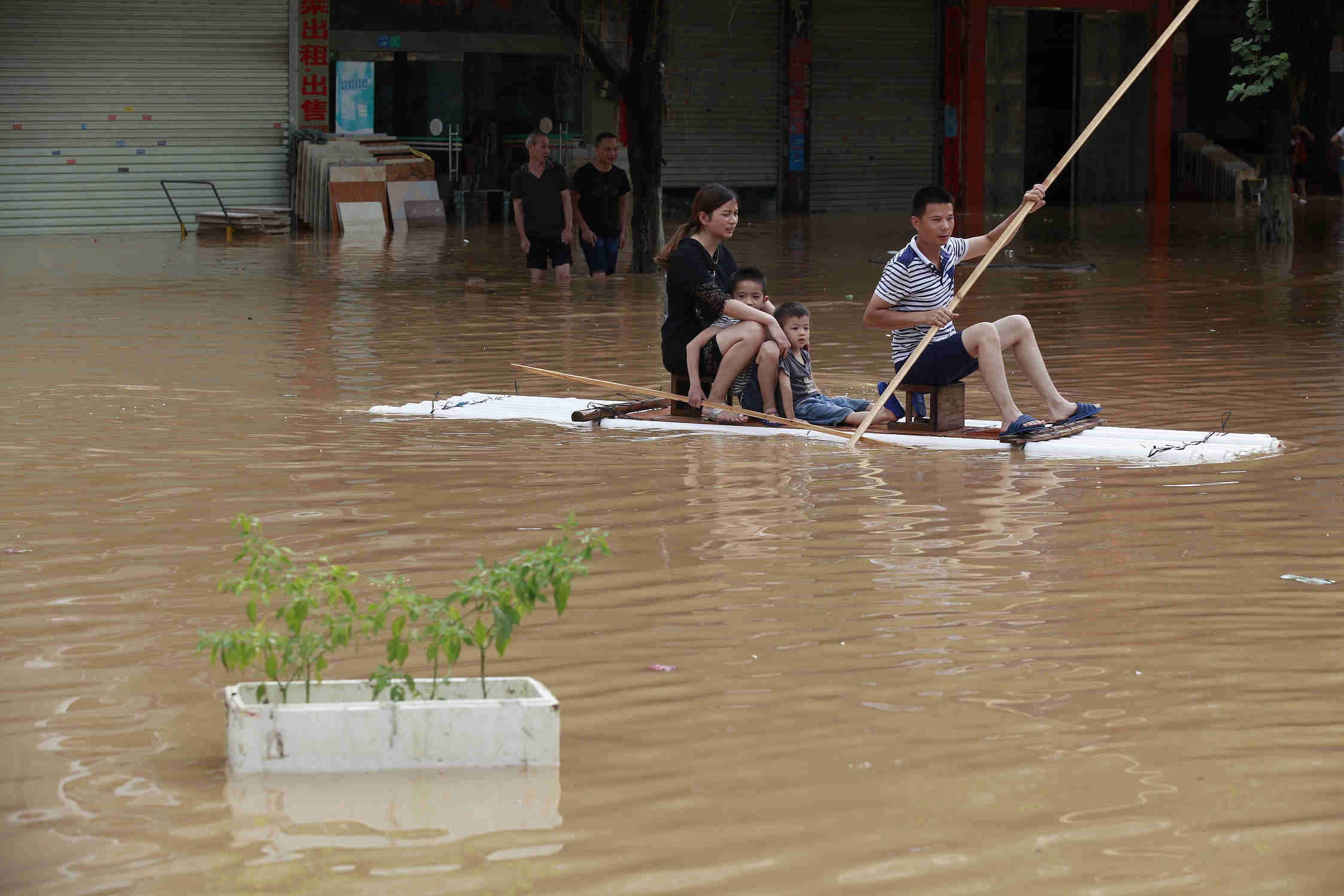 A family row with a self-made raft in Liuzhou, Guangxi. /VCG Photo

A family row with a self-made raft in Liuzhou, Guangxi. /VCG Photo

The water level at the Changsha monitoring station in the Xiangjiang River, a major Yangtze River tributary, reached a record high of 39.51 meters early on Monday, higher than the previous record of 39.18 meters during a massive flood in 1998.
In south China's Guangxi Huang Autonomous Region, several rivers have seen the water-level higher than the alert line. On Monday, Xijiang River, the western tributary of the Pearl River , has seen the first flood of the year. 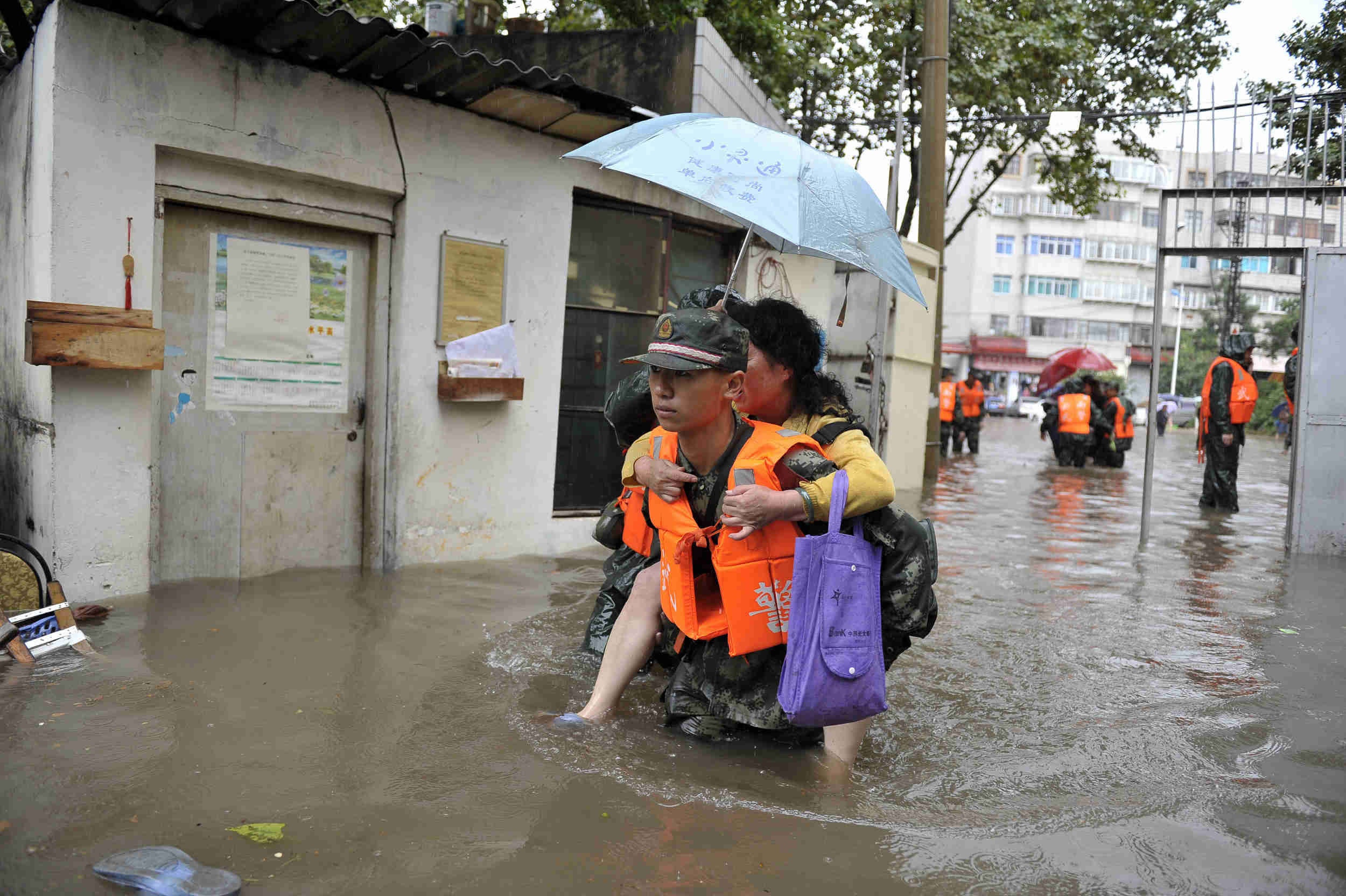 So far, at least 16 people were killed by the rain-triggered floods in Guangxi, with another 10 missing. The disaster also wreaked havoc on the lives of 1.05 million people, inflicting direct economic losses worth nearly 2.9 billion yuan (428 million US dollars).
China has launched a IV-level emergency disaster relief response, the highest one, following the disasters.