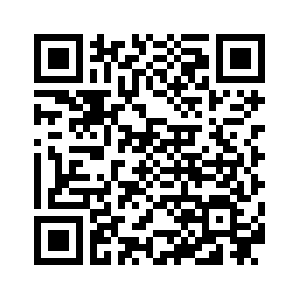 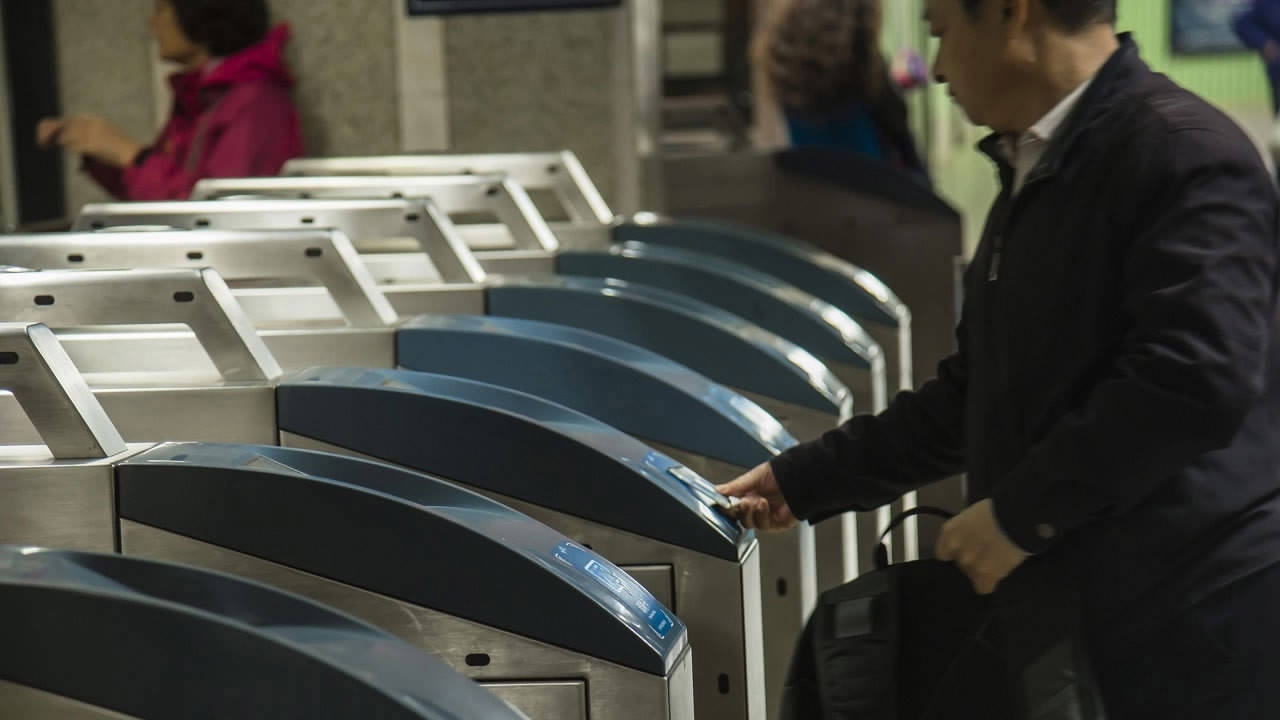 Today, people have too many cards in their pockets. Credit cards, membership cards and public transit cards.
Over the last ten years, the Chinese commuters have been trying many ways to get rid of the metro card by replacing it with smartphones.
Now, the dream starts to come true, as some cities' metro firms introduced electronic passes.
The latest among them is Shanghai Metro, which launched QR code-based pass on Saturday.
But not all cities are the same.  In other cities, there are other solutions. 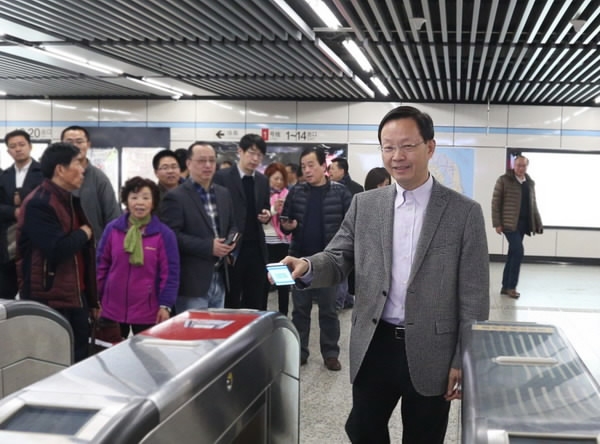 One less card but one more app

The Shanghai solution is a mobile app called "METROpolis," which displays a QR code on the phone. The company installed scanners on the turnstiles in the metro to read the code.
The beauty is "no Internet connection needed," according to the company's website.
Once entered, commuters can pay the bill through widely-used online payment services like Ant Financial's Alipay or UnionPay, the largest credit card issuer in China. 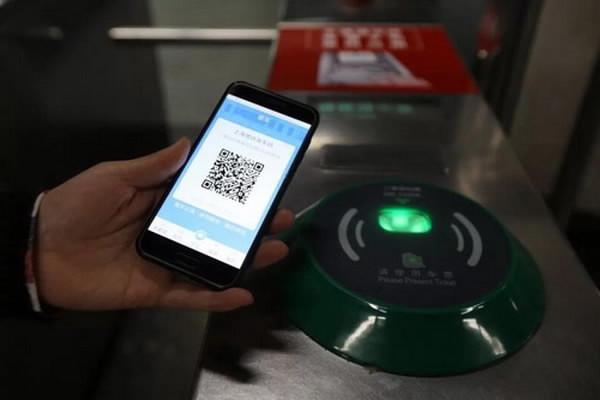 However, putting one more app on the phone can also be annoying to some people. Are there any "natural" solutions that include nothing "additional" installed?

Card inside the phone, literally

Before the cities introducing e-passes, some smart people have already found their own way to get past the turnstiles with a cellphone.
The most easy-to-understand solution have been existing for more than ten years: Just put the metro card between your phone and its case, and you have the phone pass.
A more "technical" way to do the same thing is to crack open the metro card, taking out the only the part that does the job, which is usually a metal "tag" to trigger the turnstile sensor. 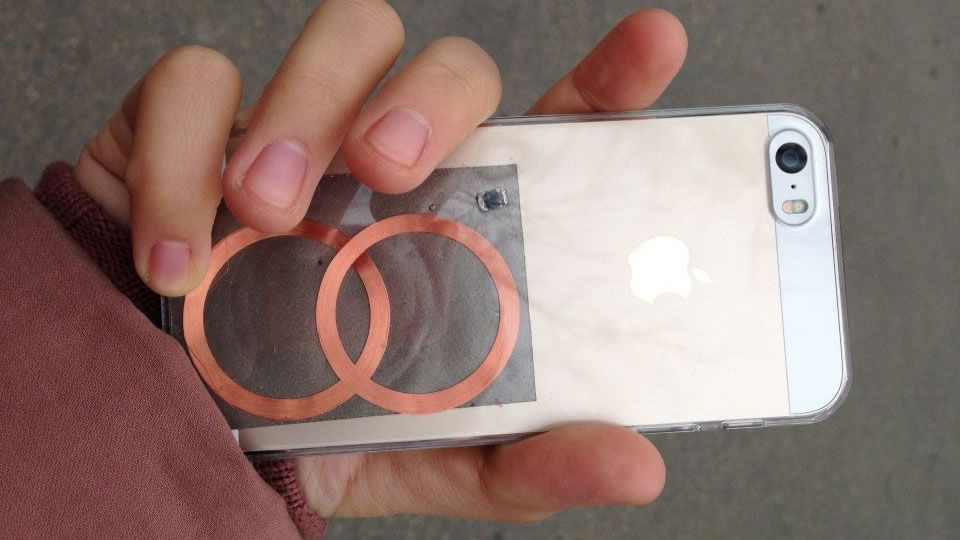 As long as your phone case is not transparent /Web Photo

As long as your phone case is not transparent /Web Photo

The real technology for a phone to emulate a metro pass is called Near-Field Communication (NFC), which is the magic behind the swipe-to-open function.
It functions a bit similar to radio and phone signal, but the power is very low to limit the range to millimeters.
Today, a lot of phones have NFC chips integrated as well. Some chips can be tweaked to act as a metro card.
That's what Beijing Subway did. 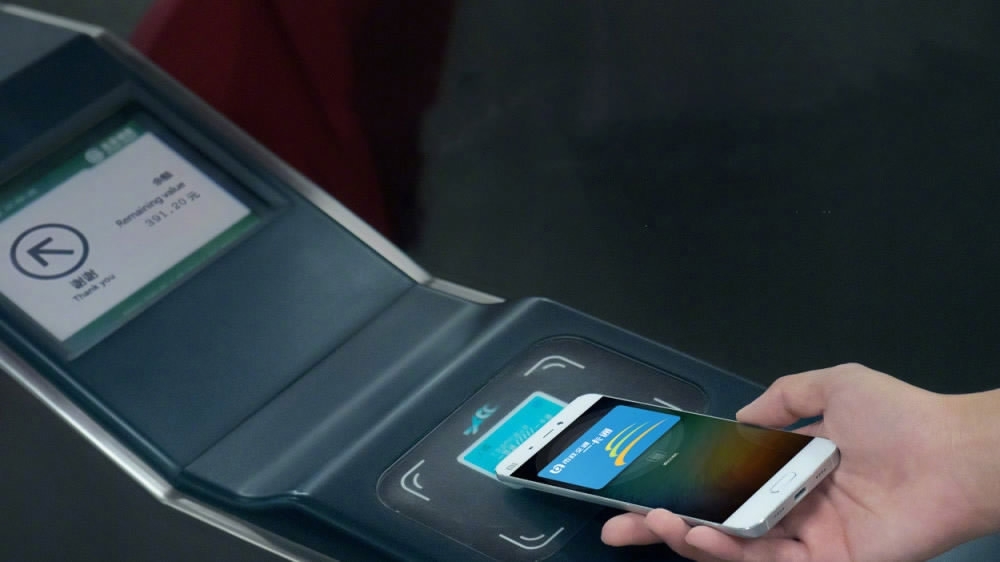 The NFC way provided more natural experience, retaining the swiping action.
But it has a drawback: No iPhone support. Apple's phone comes with a modified type of NFC chip that limits the usage to Apple Pay only.
The Shanghai solution also comes with a list of unsupported phones, since the system requires Bluetooth Low Energy (LE) to prevent hacking attempts. A lot of old phones don't have Bluetooth LE.
Is there a way to support all phones with no additional apps? For people in Alibaba's hometown Hangzhou, it's a yes, because the city's metro system cooperated with Alipay, which is used by almost everyone in the city.
There are a lot of other metro-enabled cities that have no plan to support e-pass yet. Maybe it's still a good idea to just stick the card at the back of the phone and wait for a better solution.