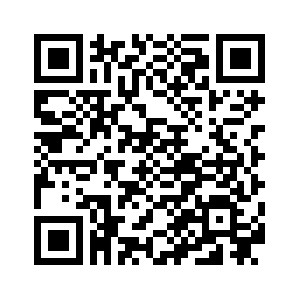 Just 15 minutes into 2018, a 23-year-old man was murdered in Trinidad and Tobago, one of the five homicides on the first day of the year.
It was a continuation of a worrying trend, not only for the two-island nation, but for the entire Caribbean region which has one of the highest murder rates in the world, belying its image as a tourist haven.
Trinidad and Tobago, with a population of 1.3 million, recorded 494 murders in 2017, according to advocacy groups and news organizations. That’s more than New York City (8.5 million), where the number was 290, one of the lowest in decades.
But spare a thought for Jamaica, where St James, in the west of the island, with an estimated population of 180,000 people, reported 332 murders out of a staggering national figure of 1,616, the Gleaner newspaper said.
That overall total was itself an increase of more than 250 from the previous year. Add to that the more than 1,400 people reportedly involved in non-fatal shootings and injuries.
Jamaica and Trinidad and Tobago are two of the more populous Caribbean nations but the picture in smaller nations like St Kitts and Nevis and St Lucia, as well as the better-known Bahamas, is just as concerning, as they feature regularly in the global top 20 of countries with the highest homicide rates per capita.
Even normally staid Barbados grabbed international headlines as 2017 neared its end when its international pop star Rihanna issued an appeal for an end to gun violence in the country after her 21-year-old cousin was shot dead on Dec. 26.
American territories in the region don’t fare much better, with the US Virgin Islands, for example, having been branded in the past by the FBI as having the highest murder rate in the United States. 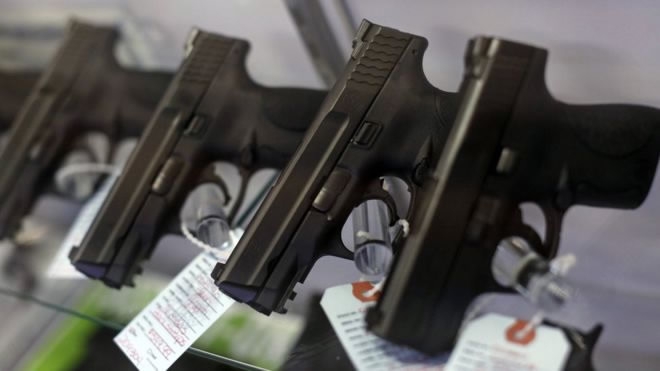 Firearms are the weapons of choice for serious crimes in the Caribbean, accounting for 65% of homicides, in comparison to 22% in Asia and 24% in Europe, according to research. /Reuters Photo

Firearms are the weapons of choice for serious crimes in the Caribbean, accounting for 65% of homicides, in comparison to 22% in Asia and 24% in Europe, according to research. /Reuters Photo

“The Caribbean region is rightfully known for its beauty, warmth, culture, music and, yes, beckoning environment,” Therese Turner-Jones, the manager of the Caribbean Department of the Inter-American Development Bank, said last year. “But the darker side of having some of the world’s highest violent crime rates remains a cause for concern.”
But the IDB noted that the violence is concentrated in certain neighborhoods and demographic groups, often well away from resorts, partly explaining why tourism in the Caribbean still prospers. Most visitors' memories will be of an easy-going fun-loving area of the world.
The International Monetary Fund (IMF) also took up the crime theme in a book, Unleashing Growth and Strengthening Resilience in the Caribbean, published in November, which said that violent crime in the Caribbean is significantly higher than in any other region (with 6.8 percent of the population affected versus a world average of 4.5 percent).
The high crime rate is taking a toll on Caribbean economic growth, which has been sluggish at best, according to the international financial institutions.
“Crime – particularly violent crime – is pervasive in the Caribbean and imposes a serious economic and social burden on the countries in the region,” the introductory note in the IMF book said. “An average of 40 percent of the Caribbean population identifies crime and security-related issues as the overarching problem facing their countries, even more so than poverty or inequality.”
The IDB says direct crime-related costs range from 3 to 5 percent of GDP in the Caribbean every year, compared to 2 percent of GDP in advanced economies.
“To put the magnitude of the cost in context, it is comparable to the income share of the poorest 30 percent of the Caribbean population,” the bank said.
The IMF calculates that that if Caribbean countries were to lower their murder rates to those of, say Canada, growth would be between 0.4-0.7 percentage points higher per year. 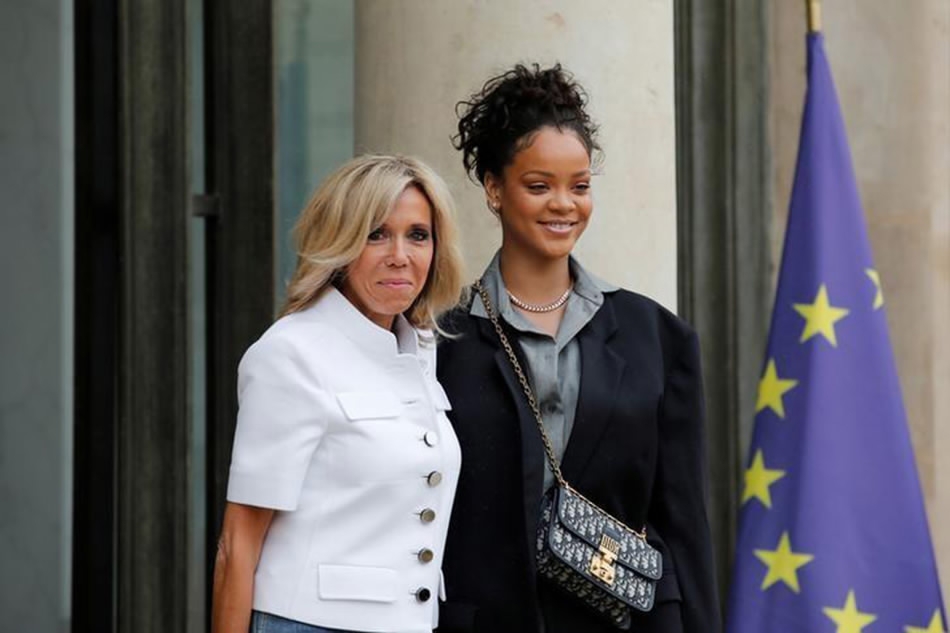 Rihanna, seen here with French first lady Brigitte Macron, tweeted #endgunviolence after the murder of a cousin in her native Barbados in December. /Reuters Photo

Rihanna, seen here with French first lady Brigitte Macron, tweeted #endgunviolence after the murder of a cousin in her native Barbados in December. /Reuters Photo

Research has suggested that the violence is linked to high youth unemployment and lack of opportunities and inter-gang warfare over the illegal drug trade.
The failure of the Caribbean to reverse the trend has tended in recent years to skew development assistance from traditional partners like the United States, Britain, the European Union (EU) and Canada, towards security and related forms of co-operation. That suggests money is being diverted from key areas like health and education.
Financial institutions are taking note and are adding tackling crime as a condition for support, according to Anthony Clayton, professor of Caribbean sustainable development at the University of the West Indies at Mona, Jamaica.
“Every single one of them now is saying to the [Jamaican] government, ‘If you can’t deal with organized crime and corruption, then what is the point of supporting you because your economy cannot grow until you deal with these cancers’,” Clayton was quoted as saying last month.
Finding a solution will not be easy. The opposition spokesman on national security in Jamaica, Fitz Jackson, believes an all-out national effort may be imminent.
“There is a converging consensus that the long-term solution and approach requires all hands on board. Not just government hands or opposition hands, but inclusive of just about all stakeholder groups and individuals who will become the ultimate owners and defenders of this approach,” he said on Jan. 2.
The IDB, IMF and World Bank say much of the fight against crime in the region has traditionally taken on a punitive bent, such as in reliance on greater police action or more incarceration.
The World Bank has recommended that the region increases prevention efforts, such as investing in education, behavioral and soft skills programs, and well-targeted poverty reduction efforts.