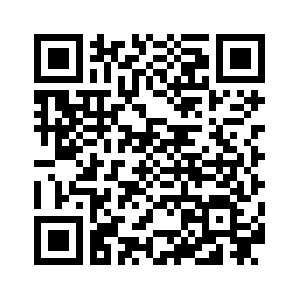 Theaters in Lebanon might not lift the curtain on Steven Spielberg’s latest film, "The Post," after authorities reportedly nixed it because of the director’s ties with Israel. News about the ban set off a cacophony of contradictory voices, and turned the spotlight on whether art could ever be separated from politics.
Lebanese media reported on Sunday that the political thriller film was initially given the green light, but its screening was later canceled following action taken by the Office of the Boycott of Israel. The bureau operates under the Ministry of Economy and works towards the implementation of "the laws and regulations in force and the provisions and principles of the boycott of Israel approved by the Council of the League of Arab States in 1951." 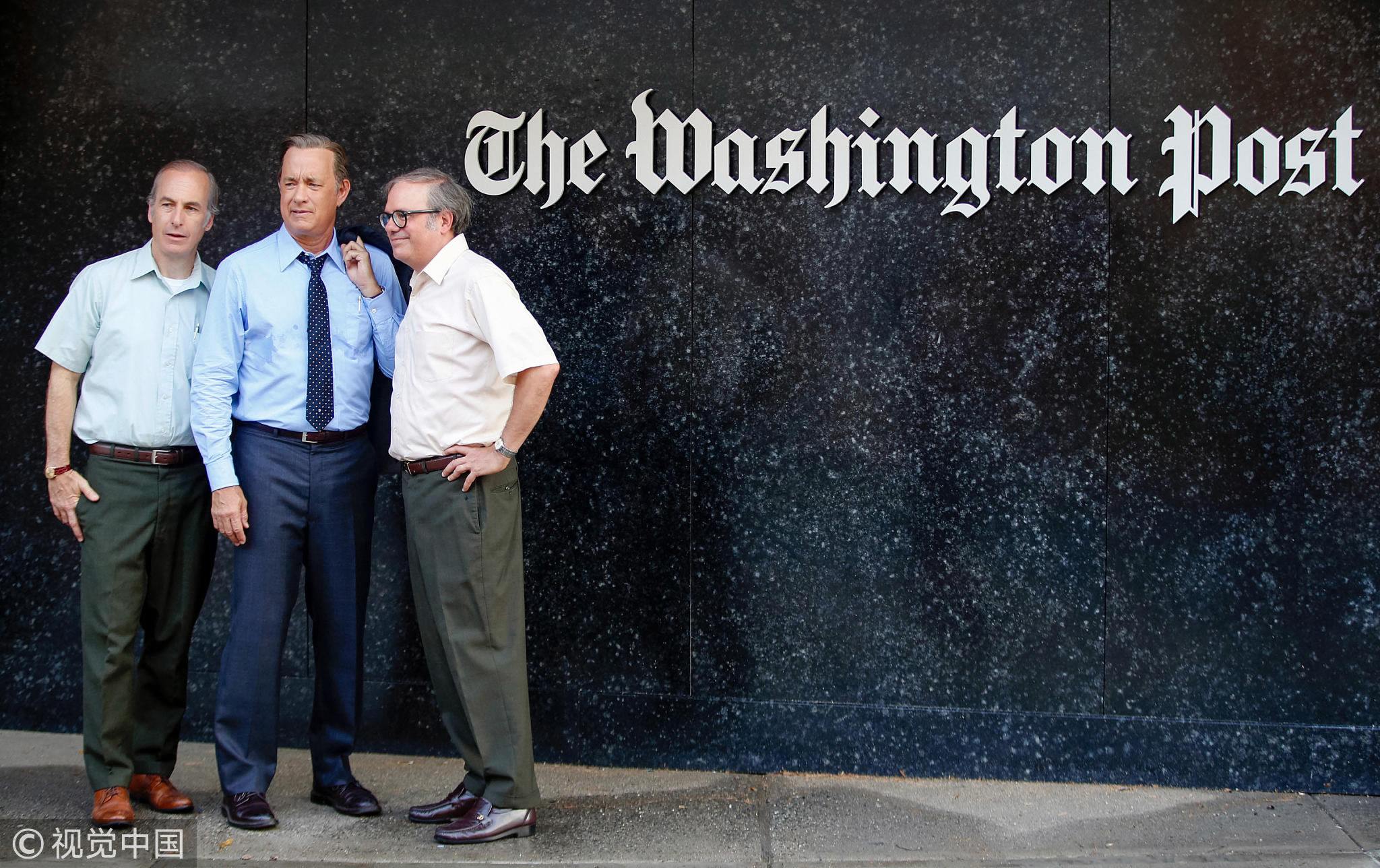 (From right to left) David Cross, Tom Hanks and Bob Odenkirk at the movie set of Steven Spielberg's "The Post" on July 25, 2017. /VCG Photo

(From right to left) David Cross, Tom Hanks and Bob Odenkirk at the movie set of Steven Spielberg's "The Post" on July 25, 2017. /VCG Photo

Lebanon and Israel are officially in a state of war. Beirut bars its citizens from traveling to Israel, forbids them from having contact and carrying business with Israelis, and prohibits foreign nationals whose passports are stamped by Israeli authorities from entering the country.
Approved, denied and now in limbo
Lebanese newspaper Annahar said the ban came in place after a six-member committee from the Ministry of Economy issued a recommendation to the General Security Directorate, an agency affiliated with the Ministry of Interior and Municipalities and whose job, among others, is to inspect films prior to their release.
Quoting an unnamed film industry insider, the daily said the ban resulted from a push by Lebanese group, the Campaign to Boycott Supporters of Israel-Lebanon (CBSI). Since 2002, the organization has worked to raise awareness about Israel-related entities and call for the cultural and economic boycott of individuals and companies that support or deal with Israel.
The Hollywood Reporter cited a source familiar with the international roll-out of the movie as saying that Lebanese authorities have not given the go-ahead to "The Post," but noted the issue is now in the hands of Lebanese Minister of Interior Nohad Machnouk, who could reverse the decision. A poster for "The Post" by Steven Spielberg. /Photo via IMDb

A poster for "The Post" by Steven Spielberg. /Photo via IMDb

"The Post" was due to premiere in Lebanon on January 18. Local cinema operators VOX cinemas and Cinekilk are still showing the movie in their "coming soon" section on their websites.
A spokesman for Spielberg's Amblin Entertainment, which produced "The Post" along with 20th Century Fox, told The Hollywood Reporter that they have not been notified officially by the Lebanese distributor about any ban.
Spielberg was blacklisted by the Arab League's Central Boycott Office in 2006 after donating one million US dollars to Israel during its war on Lebanon. The 33-day conflict between Hezbollah fighters and Israeli Defense Forces wreaked havoc in Lebanon and destroyed the country’s infrastructure as Israeli planes and warships leveled bridges, highways and buildings.
Over 1,000 Lebanese civilians were killed and 4,400 others injured in the war. On the Israeli side, 44 civilians died and over 1,300 others were wounded.
One weekend, two movies
Reports of "The Post"’s ban came on the heels of Lebanese authorities stopping on Saturday the screening of Australian survival drama Jungle, three days after its debut in the country. 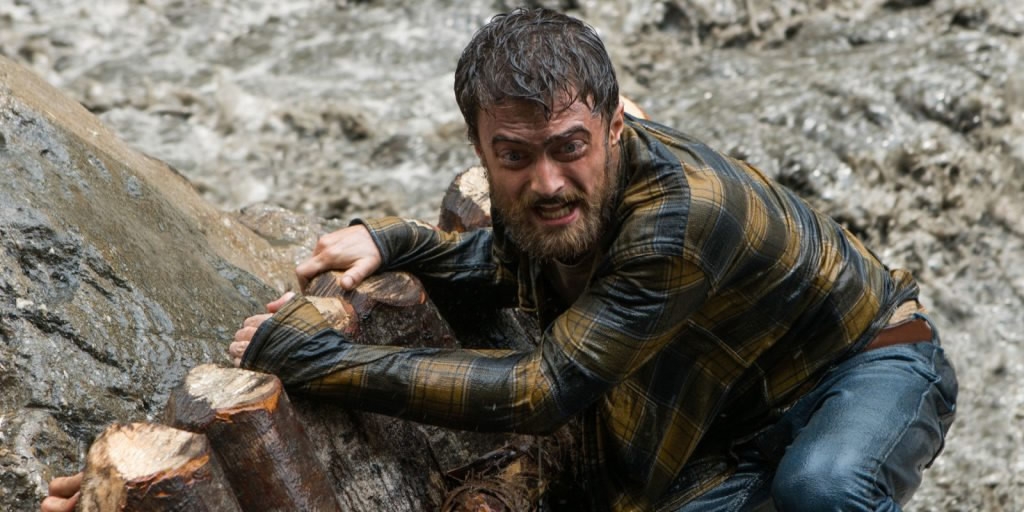 Daniel Radcliffe in a scene from "Jungle." /Photo via IMDb

Daniel Radcliffe in a scene from "Jungle." /Photo via IMDb

The biographical film tells the survival ordeal of Israeli adventurer Yossi Ghinsberg (Daniel Radcliffe) in the Amazon rainforest in Bolivia after being stranded in unforgiving territory for three weeks.
The CBSI had campaigned for the screening of the movie to be suspended from Lebanese theaters, arguing that Ghinsberg had served in the Israeli army for three years and that one of the producers, Dana Lustig, is Israeli.
"We hope that there will be no ‘freedom of expression’ in our homeland for the soldiers of the enemy, even if they dressed up as travelers or wore the crown of beauty queens or disguised themselves in art and production," the CBSI wrote on their Facebook page, adding the Arabic hashtag المقاطعة_مقاومة# (Boycott is resistance).
Online controversy
But not everyone expressed satisfaction with the movie bans. 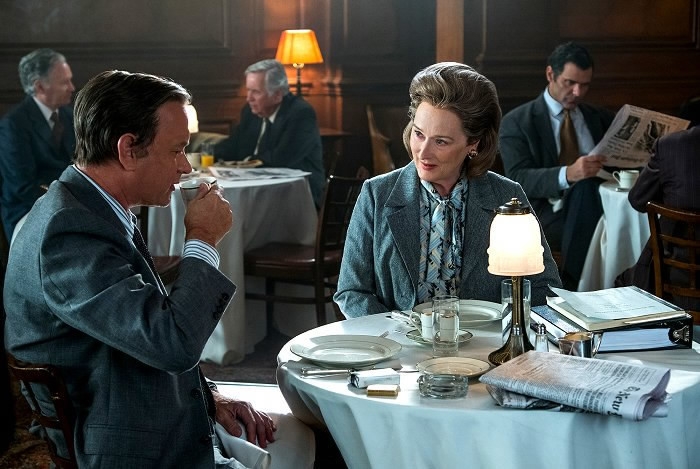 A still from "The Post" by Steven Spielberg‍. /Photo via IMDb

A still from "The Post" by Steven Spielberg‍. /Photo via IMDb

Reacting to media reports about the ban of Spielberg’s movie, film critic Josephine Habshi bemoaned in a Facebook post the death of Lebanon’s "culture, openness, freedom and art."
"Lebanon bans the screening of 'The Post' and Saudi Arabia allows movie theaters," she wrote, finishing off the post with the hashtag #RIP_Lebanon.
Fueling the controversy was the fact that movies involving Spielberg, either as a director or producer, have been approved in past years in Lebanon, prompting some to speak of hypocrisy.
"Men in Black III" (2012), "Transformers: Age of Extinction" (2014), "Jurassic World" (2015), "Bridge of Spies" (2015), and "The BFG: Big Friendly Giant" (2016) are part of Spielberg’s theatrical releases screened in Lebanon without any hiccups.
Set in the early 1970s, "The Post" follows Katharine Graham (Meryl Streep), the first female publisher of major American paper The Washington Post, and editor Ben Bradlee (Tom hanks) through their quest to publish top-secret documents detailing the extent of the US’ involvement in the Vietnam War.
Not a first
But while previous Spielberg movies made it to the big screen in Lebanon despite the blacklist, other foreign films have fallen foul with the authorities. 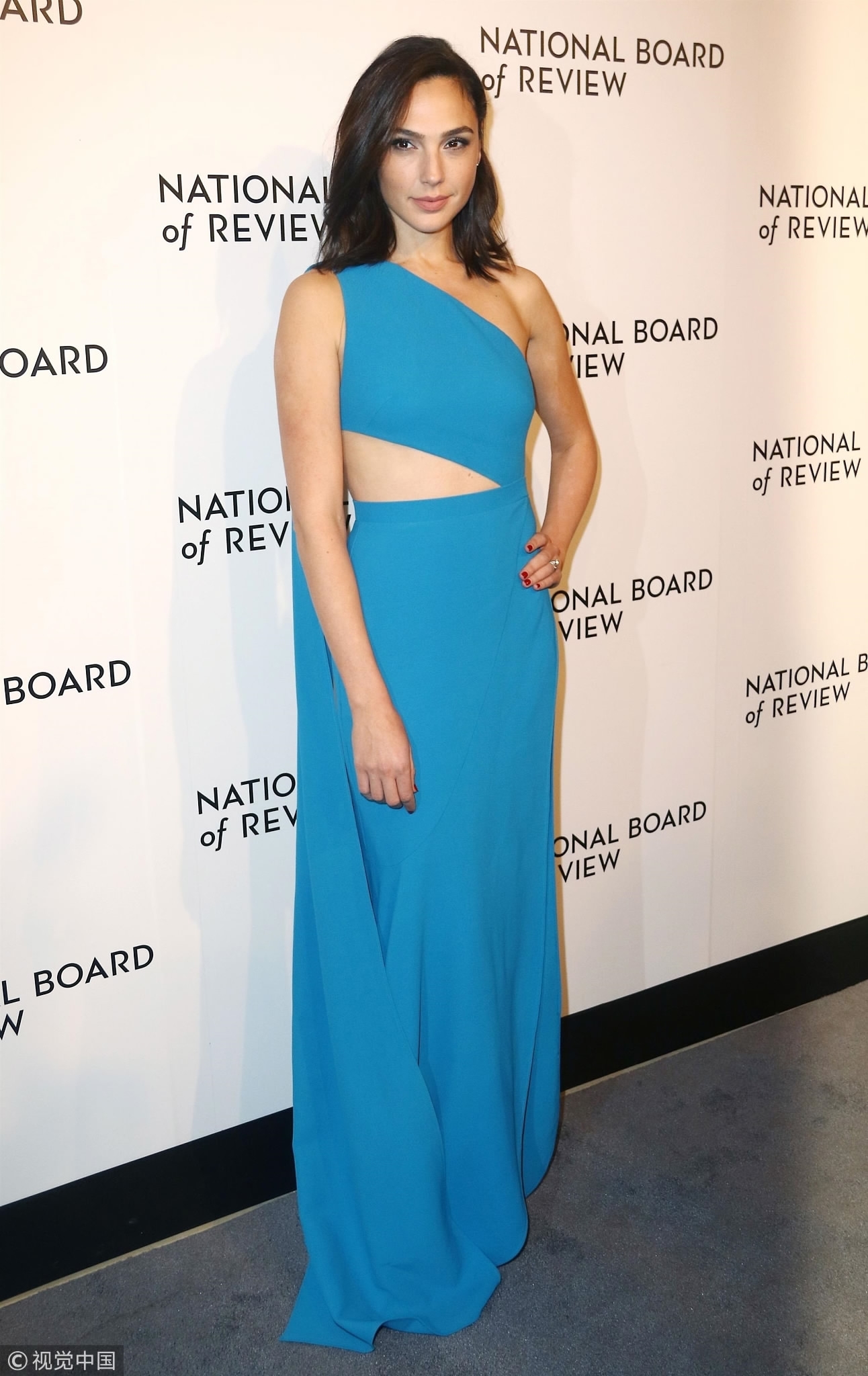 In May last year, superhero movie "Wonder Woman" was banned hours before it was due to premiere in Lebanon because its lead actress, Gal Gadot, served in the Israeli military.
Gadot found herself at the center of controversy last week after Lebanese fashion designer Elie Saab posted a photo of the dress the actress wore to the National Board of Review Awards Gala on his Instagram account, describing her as "flawless." The post drew criticism from his fans, prompting him to delete the photograph.