45 years on: Sino-Japanese ties need to be put back on the right track
CGTN 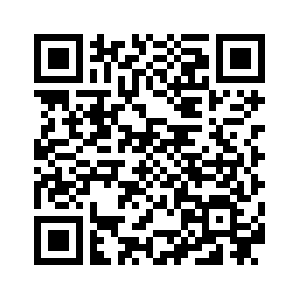 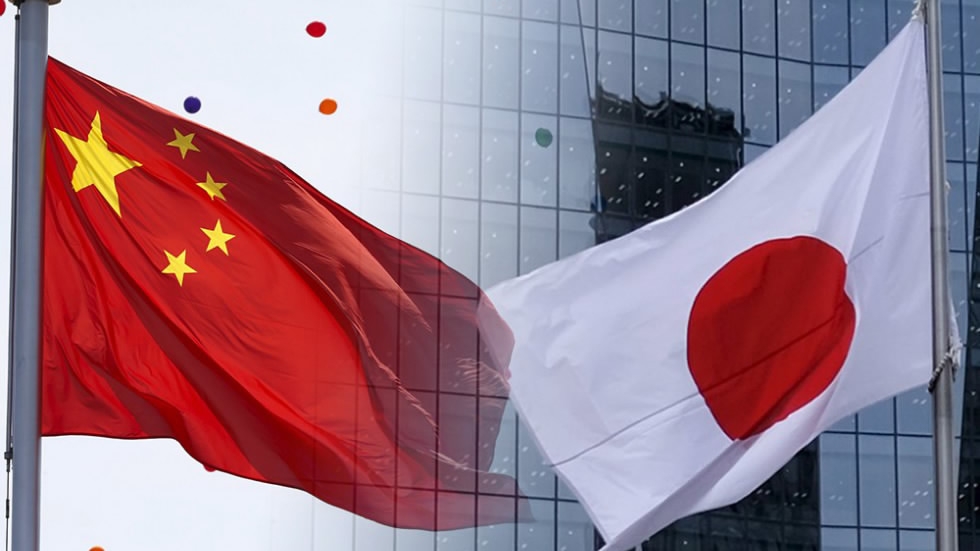 September 29 marks the 45th anniversary of the normalization of diplomatic ties between China and Japan, which over the decades have experienced ups and downs.
Sino-Japanese ties went through a post-war recovery in early 1970s, passing through a honeymoon phase in the 1980s, before disputes resurfaced in the 1990s. During the 21st century, bilateral relations made remarkable achievements in politics, economy as well as cultural exchanges. But at the same time, they also experienced complex twists and turns and severe challenges.
Historical background of the normalization
On October 2, 1971, China put forward the "Three Principles on the Restoration of Sino-Japanese Diplomatic Relations," reaffirming that the one-China principle is the sole political foundation of bilateral ties.
On September 25, 1972, then Japanese Prime Minister Kakuei Tanaka visited China. On September 29, the Chinese and Japanese governments issued the Sino-Japanese Joint Statement, officially restoring diplomatic relations between the two countries. 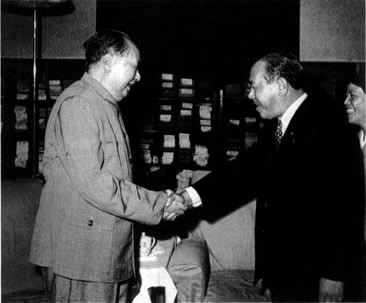 Ups and downs in bilateral relations
Since normalizing ties, China and Japan have signed four important political documents: the China-Japan Joint Statement inked in 1972, the China-Japan Treaty of Peace and Friendship of 1978, the China-Japan Joint Declaration of 1998 and a joint statement on advancing strategic and mutually-beneficial relations in a comprehensive way that was signed in 2008.
The four documents stipulate a series of important principles, which have laid the foundation for Sino-Japanese relations and are widely considered the keystone for bilateral cooperation.
Sino-Japanese relations slipped into an "ice age" in 2012, when then Japanese Prime Minister Yoshihiko Noda tacitly authorized the audacious proposal to "purchase" and "nationalize" China's Diaoyu Islands. 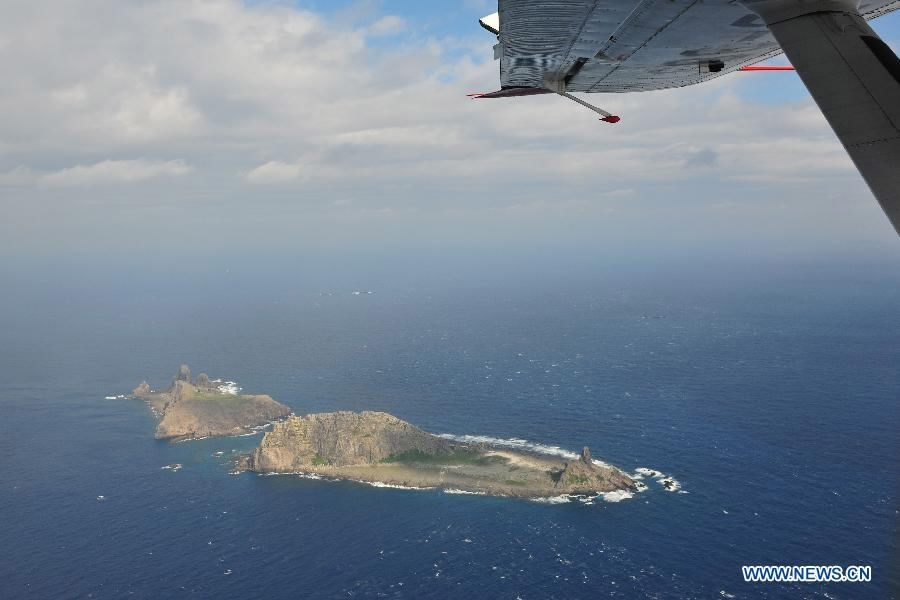 This file photo taken on a marine surveillance plane B-3837 shows the Diaoyu Islands and nearby islands. /Xinhua Photo

This file photo taken on a marine surveillance plane B-3837 shows the Diaoyu Islands and nearby islands. /Xinhua Photo

In 2014, the two countries reached a four-point agreement to improve bilateral ties, according to which they agreed to resume political, diplomatic and security dialogue while acknowledging different positions on the Diaoyu Islands.
President Xi Jinping and Japanese Prime Minister Shinzo Abe have signaled willingness to repair bilateral relations at the 45th anniversary of the normalization of diplomatic relations between China and Japan, especially after the four-point consensus.
Abe attended a ceremony marking China's upcoming National Day at the Chinese Embassy in Tokyo on Thursday, one day before the two countries' 45th anniversary of the normalization of diplomatic ties. It was the first time that Abe attended such annual events as prime minister, a Japanese foreign ministry official told local media.
One landmark event this year was the meeting between  President Xi and Prime Minister Abe during the G20 Summit in Hamburg, Germany this July. 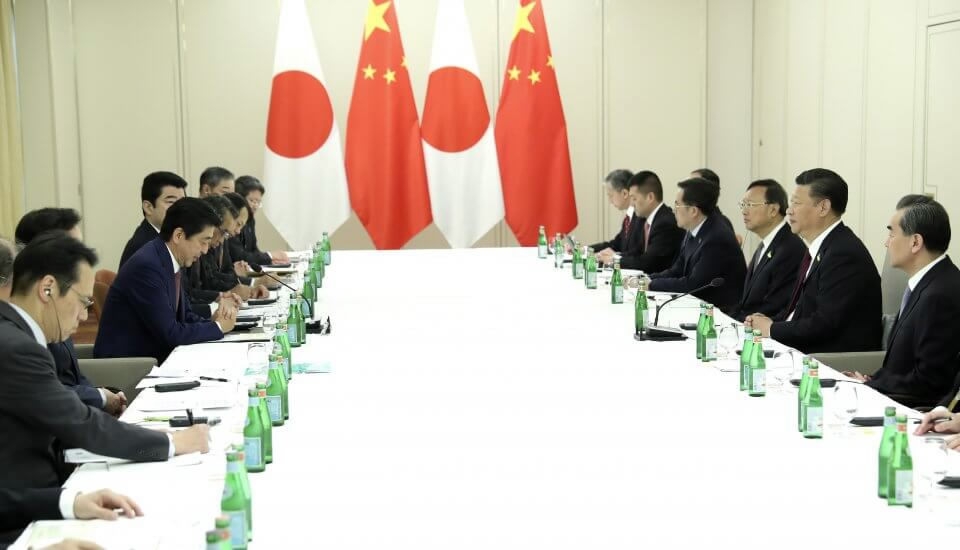 Abe's administration has been explicit about the prime minister's pursuit of a meeting with President Xi and his intentions to improve Sino-Japanese ties. Yet his China-containing maneuvers seem to be opposite to his wish for better bilateral relations.
Current challenges for Sino-Japanese relations
Sino-Japanese relations often go through tense periods due to Japan’s unwillingness to face up to its history of aggression before and during World War Two. The Abe administration has repeatedly hurt the feelings of the Chinese people by approving the visits by some of its top officials to the notorious Yasukuni Shrine.
The territorial dispute in the East China Sea is also a flash-point that has weighed heavy on Sino-Japanese relations. China has repeatedly called on Japan to stop making incorrect remarks or practicing wrong deeds in regard to China's Diaoyu Islands.
Belt and Road Initiative brings opportunities
Over the past half century, China and Japan have managed to advance exchange and cooperation in various fields, despite some bumps and difficulties. Amid diplomatic and security tensions, sizable trade exchanges keep acting as a stabilizing factor for China-Japan ties. China remains Japan's largest trade partner with Japan being the second-largest trade partner of China. 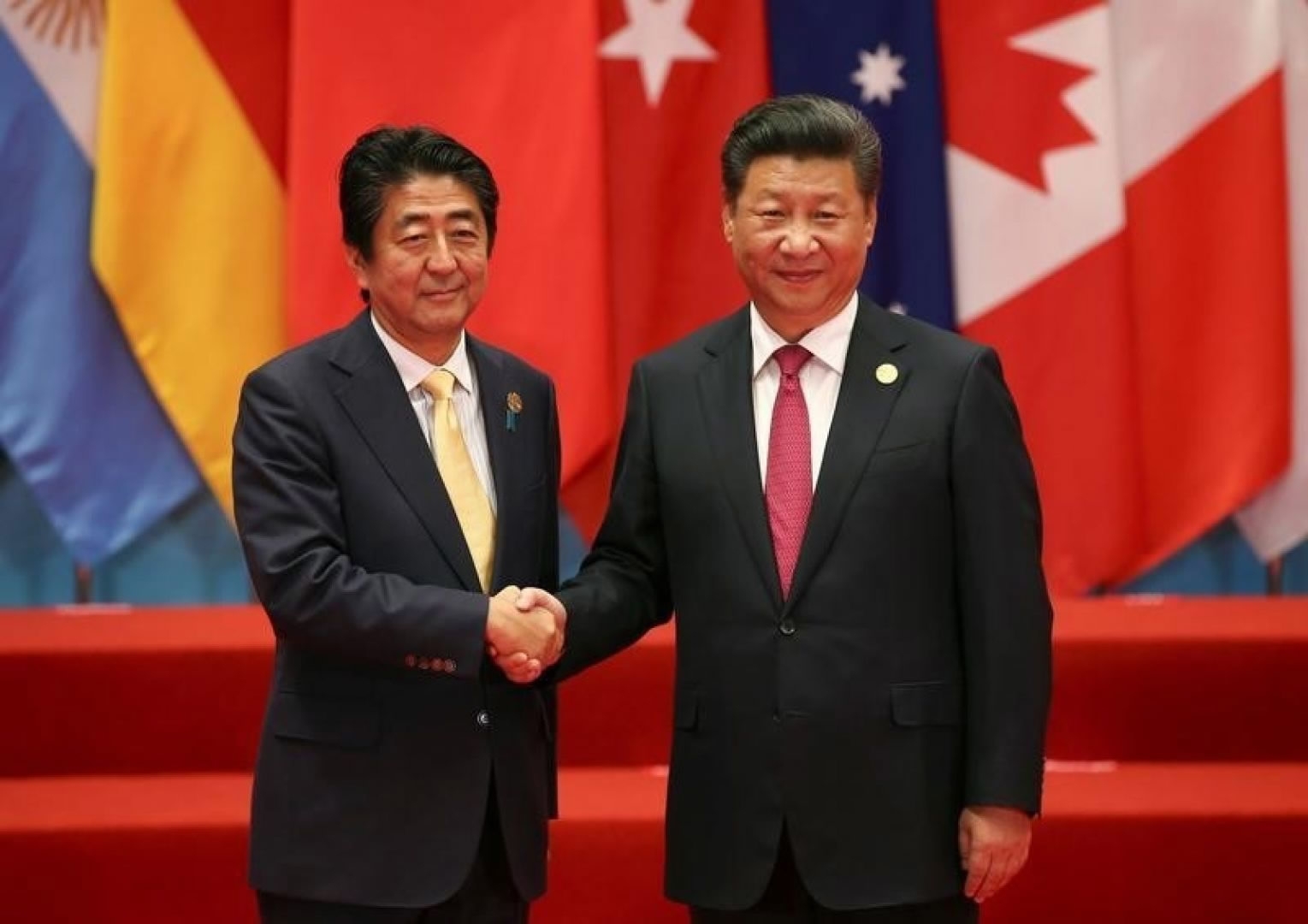 Cheng Yonghua, Chinese ambassador to Japan, sees the Belt and Road Initiative as a new platform for mutually-beneficial cooperation and common development, as Japanese enterprises have actively taken part in areas such as infrastructure construction and logistics. The initiative is an opportunity for China and Japan to strengthen cooperation in trade, investment and finance.
Japanese businesses have also pinned high hopes on the initiative to boost regional prosperity and share the fruits of development, and have urged the Japanese government to adopt a positive attitude towards it.
"The Belt and Road Initiative exhibits the grand view of the world on the part of Chinese President Xi Jinping, and based on that initiative, there will be various kinds of construction plans. This is something that should win approval from every side," said Yoshinobu Nisaka, governor of Japan's Wakayama prefecture. 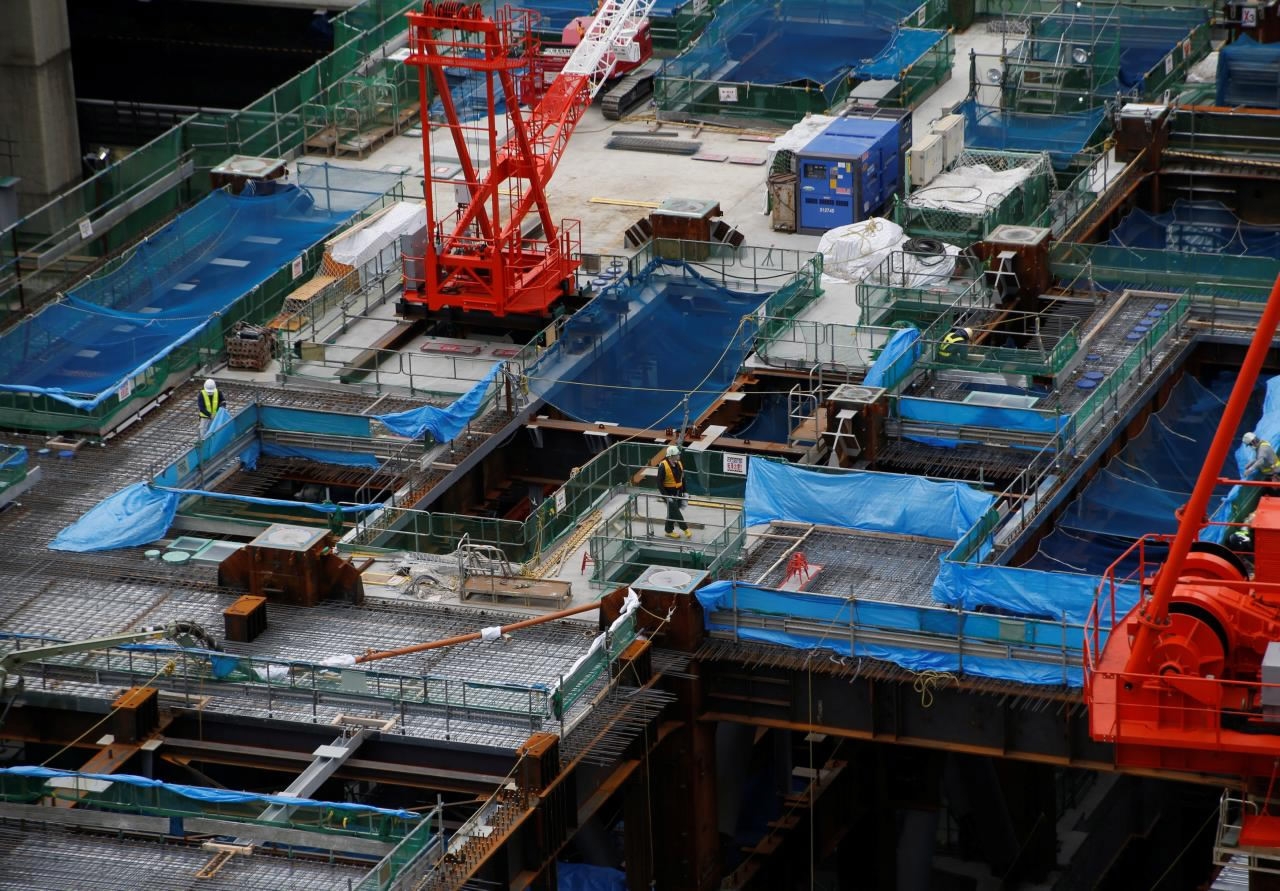 A construction site in Tokyo, Japan on March 23, 2017 /Reuters Photo

A construction site in Tokyo, Japan on March 23, 2017 /Reuters Photo

“I feel strongly that further efforts are needed to move forward bilateral relations,” said Yohei Kono, a member of the ruling Liberal Democratic Party, who chairs the international trade promotion association, at a ceremony in Beijing on September 8.
What to look for in the future?
Chinese Foreign Minister Wang Yi has noted that the difficulties in bilateral ties with Japan in recent years originated from whether Japan is sincerely willing to see China as a cooperation partner and to accept China's development and growth.
Ambassador Cheng pointed out that decreasing political mutual trust has had its toll on Sino-Japanese relations.
Japan, an important neighbor of China, remains an important focus for China's diplomatic strategy. China’s basic position of being committed to improving bilateral ties with Japan has never changed. And Beijing has kept the communication channels open with Japan at all levels even when ties were faced with difficulties in recent years. The ball is in Japan's court to improve political mutual trust with China. 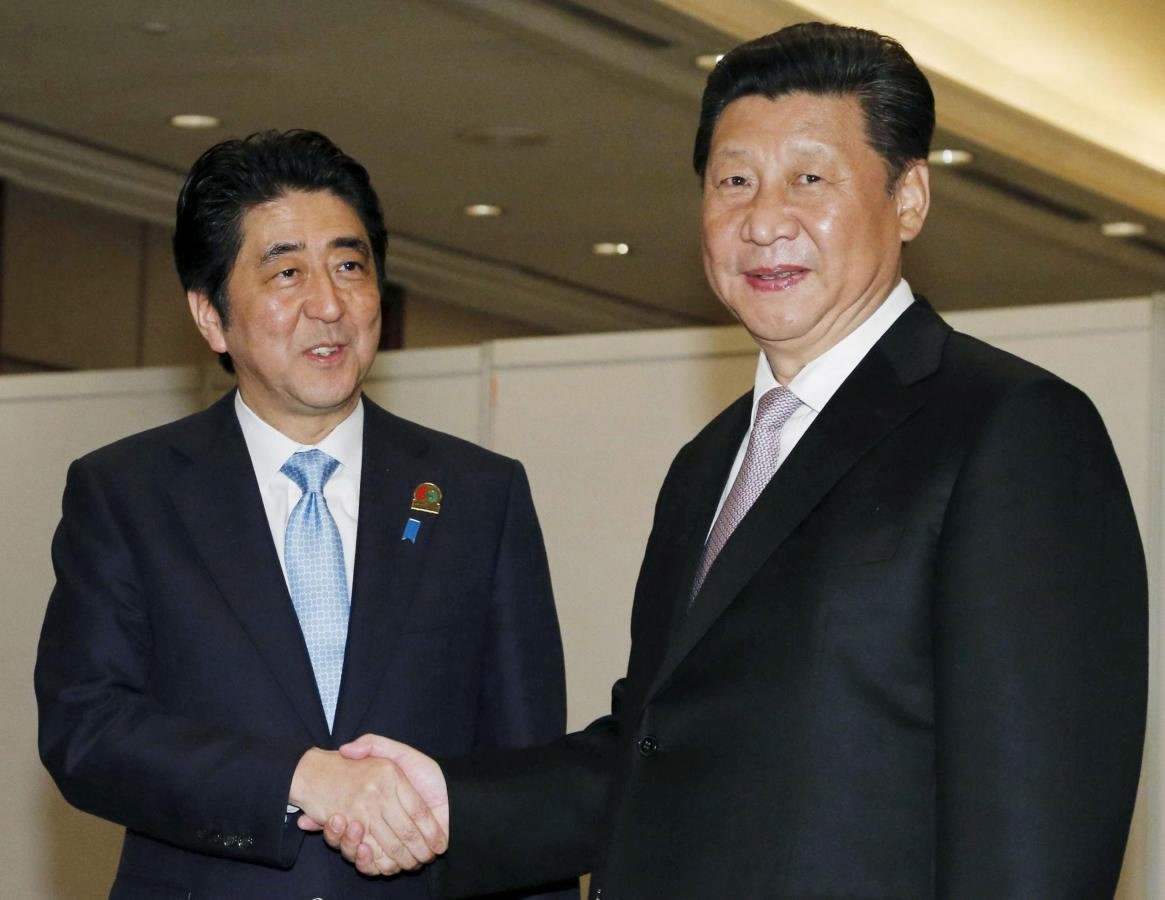 During a recent meeting of the ruling parties of the two countries, Song Tao, head of the International Department of the CPC Central Committee, urged the two sides not to forget their original intention when normalizing bilateral ties 45 years ago.
It's hard to find any quick fix in the foreseeable future to the current challenges that two sides are facing, including historical issues, territorial disputes and maritime issues, said Jiang Yuechun, a senior research fellow and director of the Department for World Economy and Development Studies at the China Institute of International Studies.
"There is cooperation and competition between China and Japan. The basic situation of confrontation will not see any changes in the short term," Jiang said. "The bilateral relations will see development in cooperation and competition, friction and confrontation between the two sides."