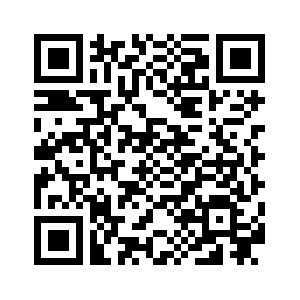 China asserted its long-standing position of preventing the weaponization of outer space on Tuesday, a day after US President Donald Trump announced plans to renew manned missions to the Moon, and possibly the Mars, that sparked fears of a revival of the Cold War-era “Star Wars” program.
“China's position on preventing weaponization of outer space is distinct and consistent. As early as in the disarmament talks in Geneva, China has clearly expressed its hope that various parties of the international community will reach the consensus of committing to an early conclusion of a treaty that aims for the prevention of weaponization of outer space,” China’s Foreign Ministry Spokesperson Lu Kang told reports on Tuesday. 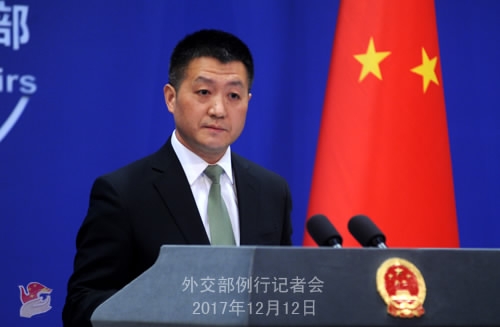 Is it a space race?

In June, Chinese space officials revealed their own plans of sending a man to the Moon. “China is making preliminary preparations for a manned lunar landing mission,” Xinhua quoted Yang Liwei, deputy director-general of China Manned Space Agency, as saying. Yang, himself China’s first astronaut, added that if chosen he would love to go to the Moon.
Wu Yansheng, president of China Aerospace Science and Technology Corporation (CASC), also confirmed that China is working on a manned lunar landing plan. 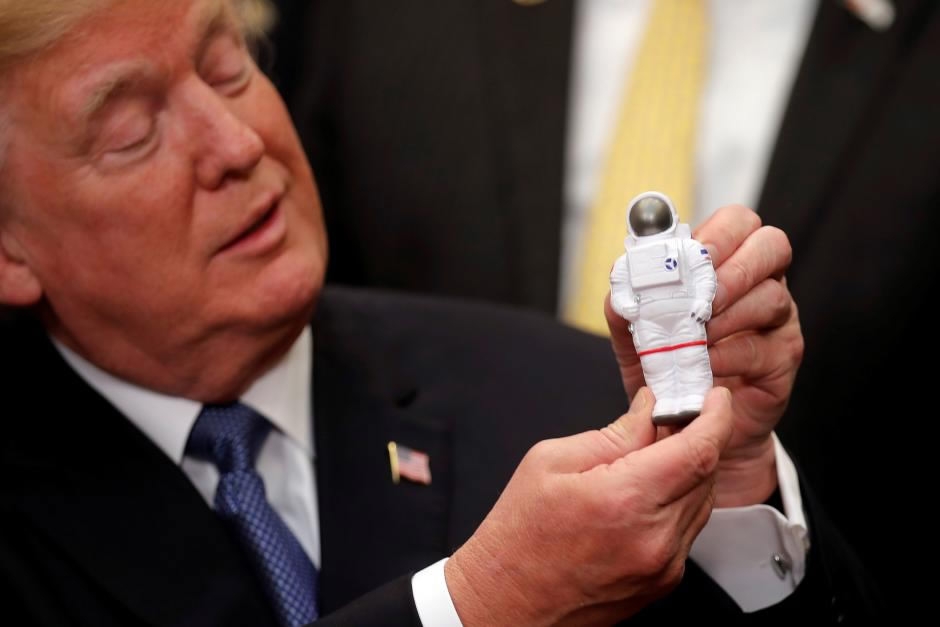 US President Donald Trump holds a space astronaut toy as he participates in a signing ceremony for Space Policy Directive at the White House in Washington DC, US, on December 11, 2017. /Reuters Photo

US President Donald Trump holds a space astronaut toy as he participates in a signing ceremony for Space Policy Directive at the White House in Washington DC, US, on December 11, 2017. /Reuters Photo

Earlier on Monday, Trump signed “Space Police Directive 1” setting the groundwork for future manned missions to the Moon with an eye on eventually reaching Mars. The move is being seen as a new round of space race as it comes just months after the Chinese announcement.
“It marks an important step in returning American astronauts to the moon for the first time since 1972 for long-term exploration and use,” the US President said, adding: “This time we will not only plant our flag and leave our footprint, we will establish a foundation for an eventual mission to Mars and perhaps someday to many worlds beyond.”
"We are the leader and we're going to stay the leader, and we're going to increase it many fold," he gloated.

However, what raised the specter of a revival of “Star Wars” was Trump’s reference to “military application” of space. Star Wars was the name given to the US Strategic Defense Initiative (SDI), which was a missile defense system during the Cold War intended to protect the country from attack by ballistic strategic nuclear weapons.
While emphasizing that he is taking a giant step toward “reclaiming America’s proud destiny in space”, Trump remarked: "And space has so much to do with so many other applications, including a military application.” 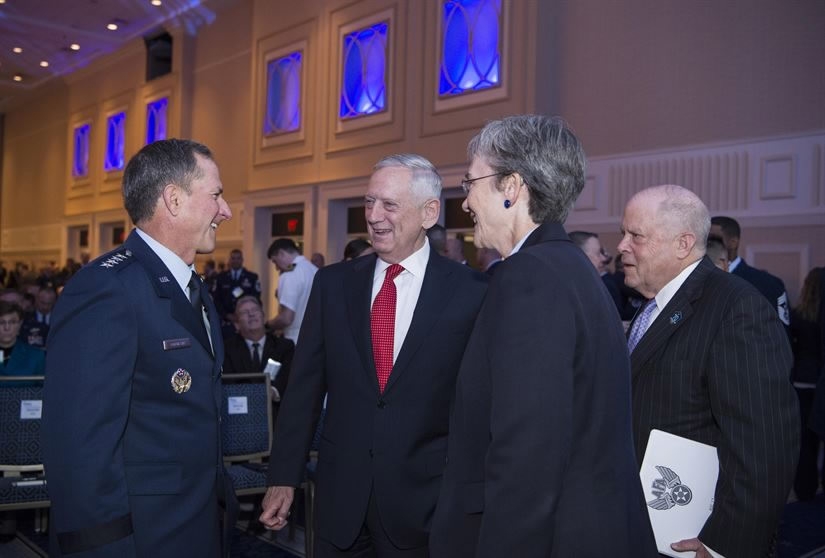 The statement reflects the US strategic thinking that considers space as the new military frontier. “We are moving forward with modernization in space, so we’re increasing our lethality in all of our areas of endeavor,” Russian broadcaster RT quoted US Air Force Secretary Heather A. Wilson as saying last month. “And we are shifting to space as a warfighting domain,” she added.
According to reports, the US National Defense Authorization Act (NDAA) for Fiscal Year 2018 classifies space as a potential “combat domain”.
Addressing the Air Force Association’s annual Air and Space Conference in National Harbor, Maryland, earlier in September, US Defense Secretary James Mattis called for upgrading space capabilities while making the Air Force "more lethal every day".
“And whether it’s safeguarding the nuclear deterrent or air combat mobility, to space, to personnel management processes and policies, and everything in between, your actions must meet one standard, and that is to make the US Air Force more lethal every day that you serve,” he said. 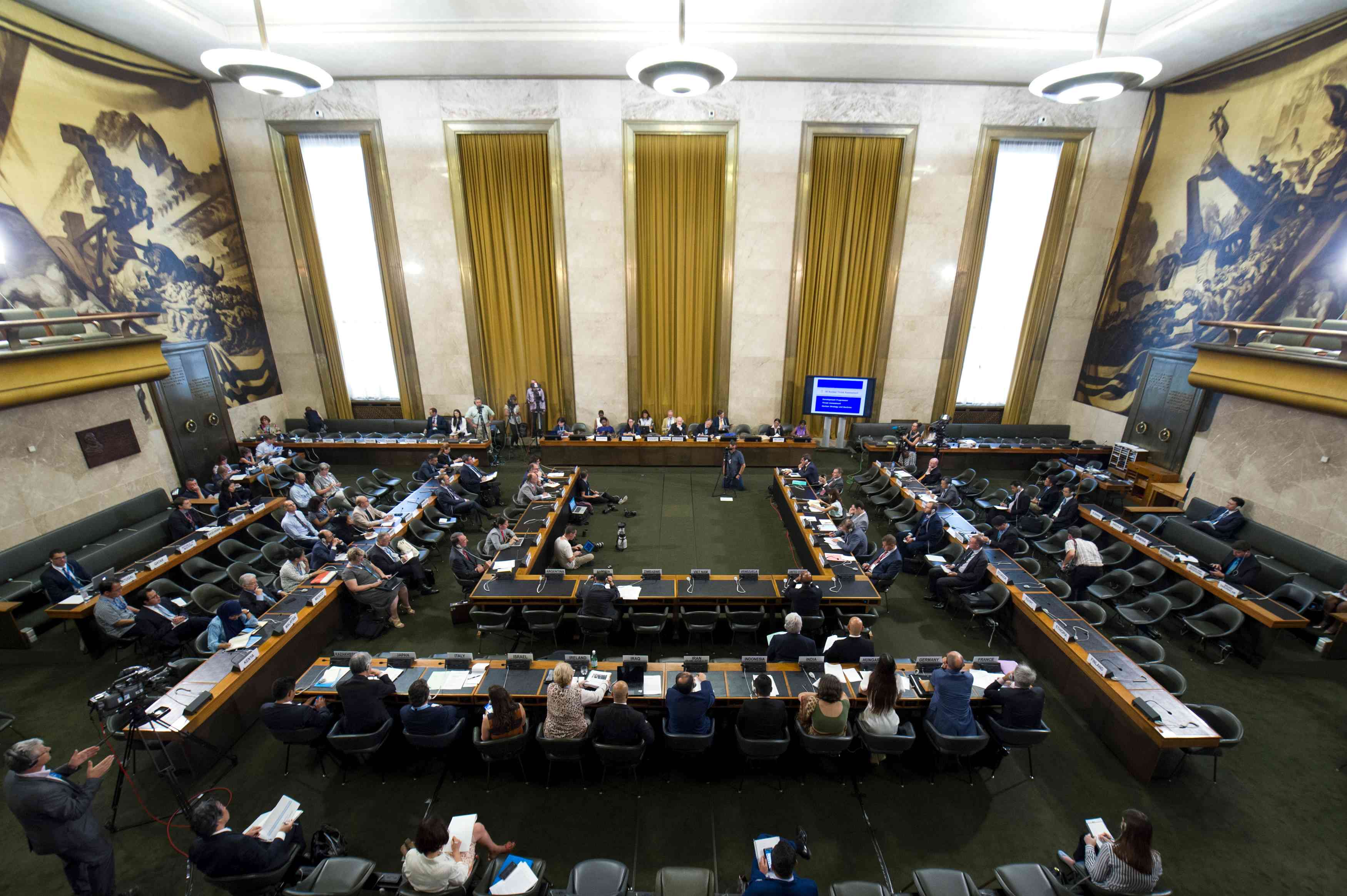 A general view of the session of Conference on Disarmament at the United Nations, in Geneva, Switzerland, on August 30, 2017. /United Nations Photo

A general view of the session of Conference on Disarmament at the United Nations, in Geneva, Switzerland, on August 30, 2017. /United Nations Photo

At the height of Cold War in 1967, the US and the Soviet Union signed the Outer Space Treaty which prohibits signatories from placing nuclear weapons or any other weapons of mass destruction in outer space, but it allows for any other type of weapon anywhere except for the surface of planets, moons and asteroids.
China has constantly felt that the 1967 treaty is inadequate and together with Russia has made several attempts at the United Nations to push for a new treaty to ban deployment of weapons in outer space.
In 2008, China and Russia introduced a draft treaty on the Prevention of the Placement of Weapons in Outer Space, the Threat or Use of Force against Outer Space Objects (PPWT) to the UN Conference on Disarmament. The US dismissed this proposal characterizing the offer as “a diplomatic ploy by the two nations to gain a military advantage.”
In December 2014, an updated version of the Chinese-Russian draft resolution on banning arms race in outer space was adopted by the UN general assembly. The US, Israel, Georgia and Ukraine were the countries that opposed the draft resolution.
Beijing has warned of the growing risks of the weaponization of outer space with the rapid development of space technology, which China’s UN Ambassador Wu Haitao said will “hinder the peaceful use of outer space, break global strategic balance and stability and hamper nuclear disarmament”.
[Top photo: An artists impression of NASA's Solar Dynamics Observatory (SDO) in orbit around the Sun. The SDO has been monitoring the Sun since February 2010. /NASA Photo]
0km