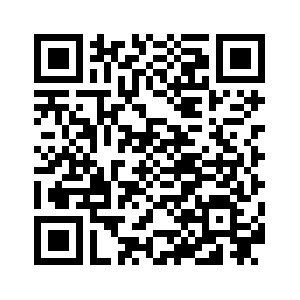 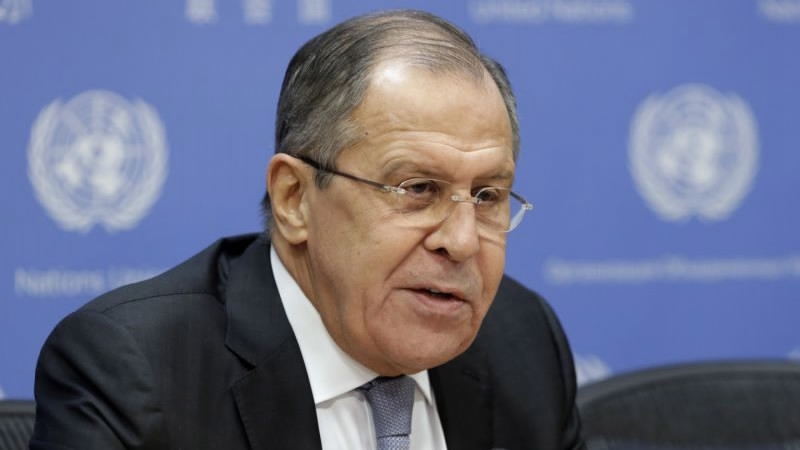 Russia's top diplomat on Friday exhorted US President Donald Trump to counter "Russo-phobic" intrigues against him in the US to improve ties between Washington and Moscow.
Sergey Lavrov didn't offer a specific course of action for Trump, whose presidential campaign is being investigated by a special counsel for possible coordination with Russia's alleged efforts to interfere in the 2016 US presidential election.
Lavrov said any improvement in US-Russian relations depends in part on "the preparedness and capability of Mr. Trump to counter the domestic intrigues which are directed first and foremost against him." He lamented that "such intrigues are playing the Russo-phobic card."
In his wide-ranging news conference, Lavrov added that he is convinced Americans will eventually tire of the anti-Russia messaging and recognize it's in their interest to repair US-Russian relations.

Moscow has vehemently rejected that it meddled in the election that brought Trump to power. Still, Lavrov's suggestion that Trump fight back against allegations of improper relationships with Russia was surprising.
US-Russian ties were at a low point even before special counsel Robert Mueller's appointment last May. Before President Barack Obama left office, American intelligence agencies released a public report assessing the Kremlin directed a wide-ranging effort to influence the 2016 presidential election to help Trump and hurt Democrat Hillary Clinton.
Trump has been trying for months to cast investigations into his campaign as a "witch hunt" and partisan "hoax." He has publicly and privately fumed that his first year in office has been dogged by revelations about his campaign's ties to Russia. They include a June 2016 meeting at Trump Tower that the president's son, Donald Trump Jr., agreed to despite it being described as part of a Russian government to aid the Trump campaign. 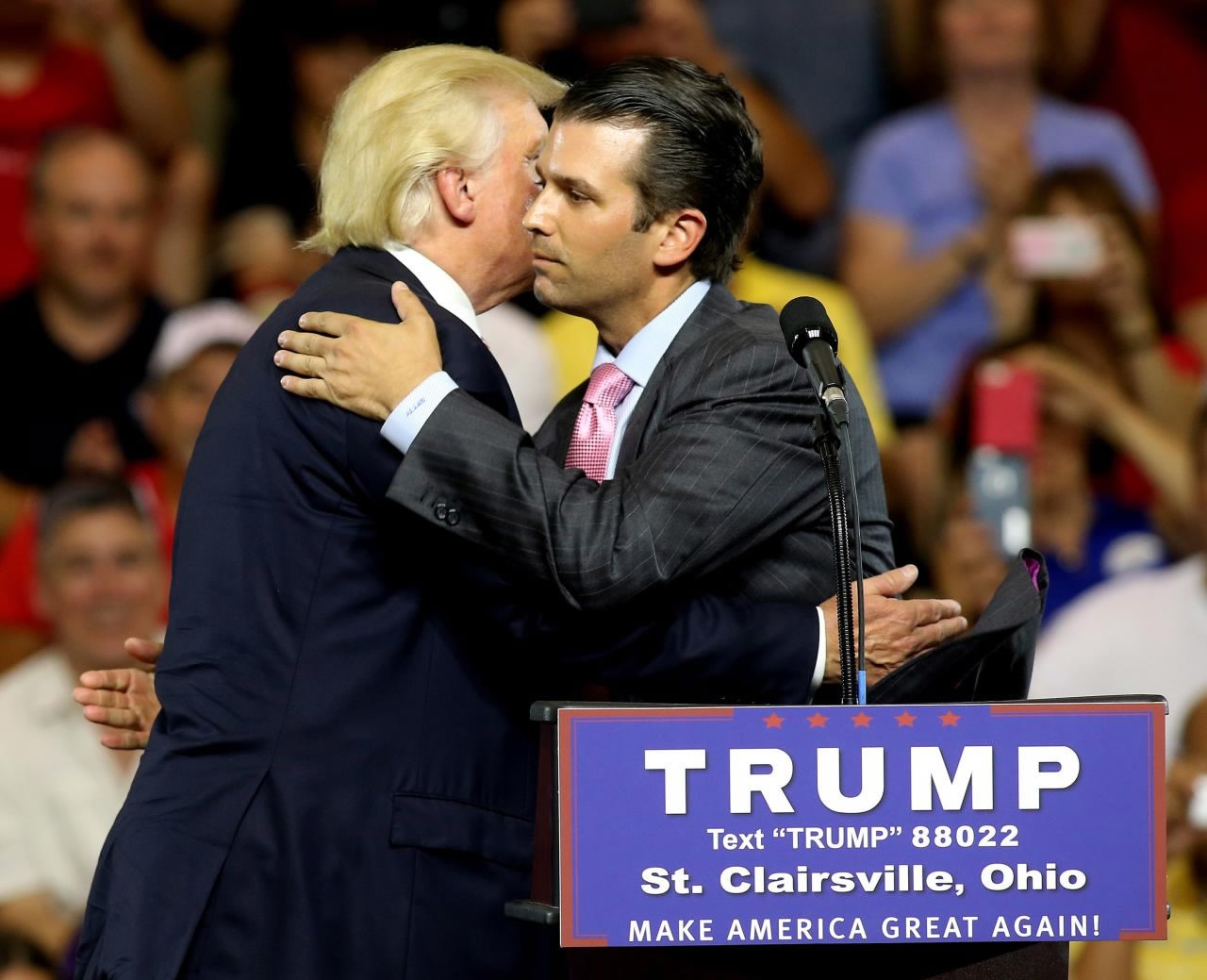 Several congressional committees also are investigating Russia's election conduct, and there is broad bipartisan support for the overall finding of the intelligence agencies.
"We see that all problems are blamed on Russia, and this domestic political life is using the Russo-phobic card for bad purposes," Lavrov said. "But I'm positive that the time of those who use such practices will pass," and the US will support greater cooperation with Russia.
He said several times Russia is open to talks with the Trump administration, including on a new military strategy released Friday. The Pentagon's strategy puts countering China and Russia as top national security priorities, instead of combating terrorism.
Lavrov lamented the "confrontational" approach. 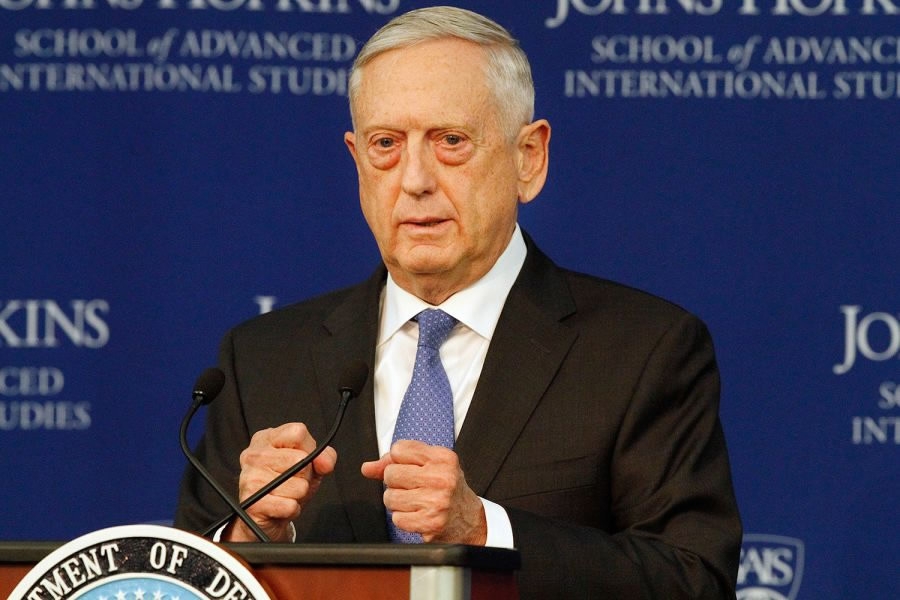 Asked if the US was losing global leadership under Trump, he said, "In today's world, leadership can only be a collective thing."
"We all have to help," he said. "And such a powerful country as the US can indeed do a lot of beneficial things in eliminating terrorism. We're interested in coordinating our actions."
Lavrov said military communications between the US and Russia in Syria helped eliminate the caliphate that ISIL sought to establish. But he said terrorists roam the region still, and more cooperation is needed.
Lavrov said the Trump administration has delivered mixed and contradictory messages on several issues. An example: Insistence that US forces are in Syria only to fight ISIL and now saying they'll remain.
"We're troubled by that," he said. "This incoherence and the lack of a principled commitment to what we negotiate is very typical of the current American diplomacy."
Lavrov also warned about the 2015 Iran nuclear deal. If Trump pulls the US out, he said, the agreement "will fall apart."
"This is a decisive moment," he said, saying nuclear-armed DPRK (Democratic People's Republic of Korea) was watching the diplomacy closely.
"If this Iranian deal becomes a token in the geopolitical game, how can we ask North Korea (DPRK) to use the same option?"
11000km
Source(s): AP