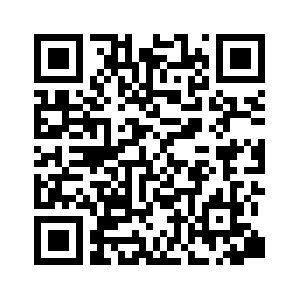 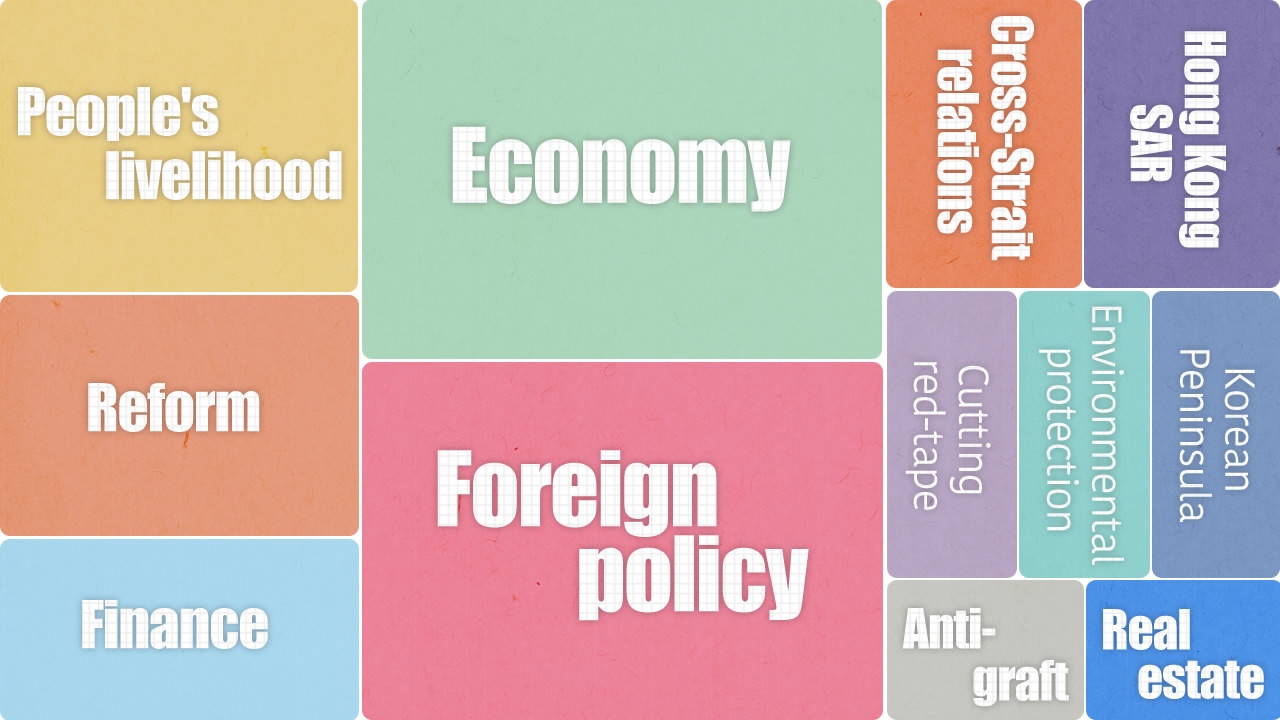 Chinese Premier Li Keqiang gave a press conference on Tuesday after the closing meeting of the first session of the 13th National People's Congress at the Great Hall of the People in Beijing.

He was endorsed as Chinese premier by lawmakers on Sunday for a second term in office. Since he started the post in 2013, meeting the press has been a fixture at the end of the annual Two Sessions.

Reporters' questions from 2013 to 2018 have ranged from China's foreign policies, reform policies, anti-graft campaign, economic policies and people's livelihood, to the Chinese mainland's relations with Taiwan and the Hong Kong SAR. 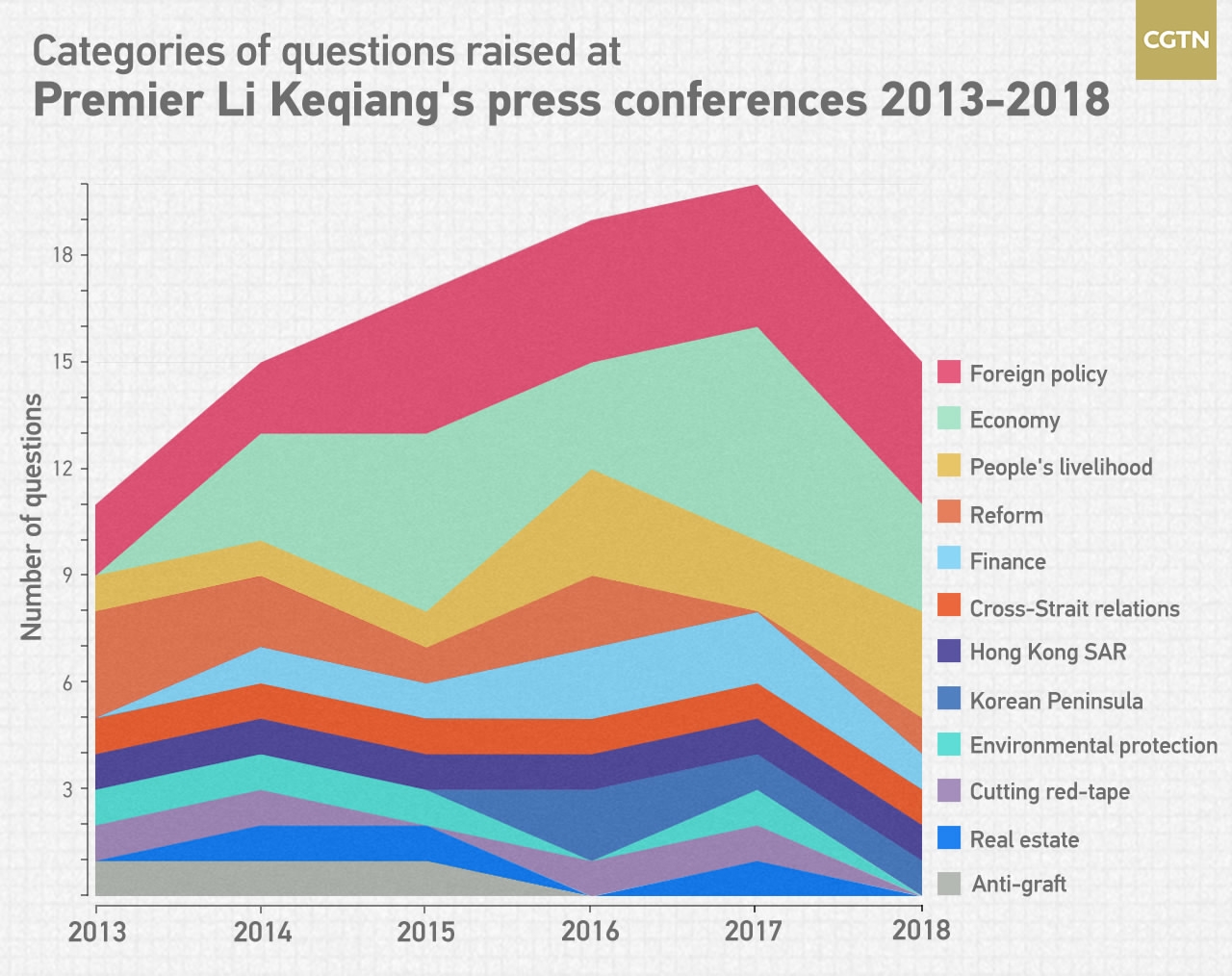 Above is a stacked area chart that shows how the questions have changed over time since 2013. And the fillings between the line segments and the x-axis emphasize the total number of questions of each category for six years..

One glance at the graph gives you a clear understanding that the economy and foreign policy have been the top two focal points of media.

This year, Li answered 15 questions, three on the economy; three on people's livelihoods, which covered employment, health care reform and pensions; and four on foreign policies including China's relations with the US, Russia, Japan, as well as China's role in the world.