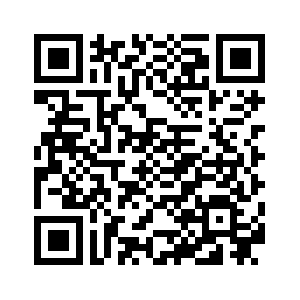 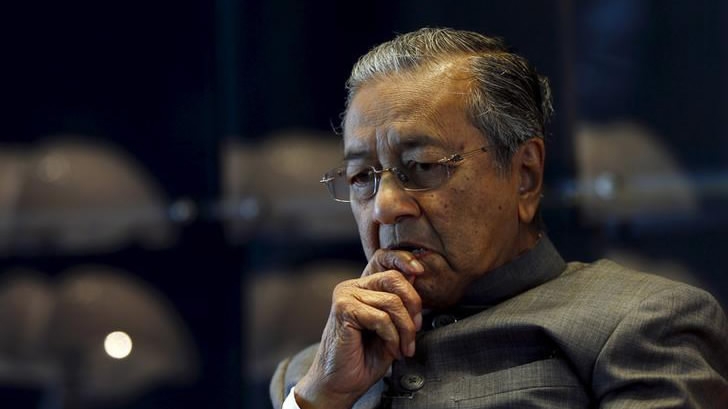 It was trademark Mahathir Mohamad: dashes of wit amid lashings of abrasiveness and sarcasm. But the setting and the topics he addressed still jarred many months after Mahathir abandoned the ruling party.
Here, he sat alongside Wan Azizah, wife of Anwar Ibrahim – Mahathir’s former protégé-turned nemesis, whom Mahathir had sacked as his deputy and who was subsequently jailed. To his other side sat Lim Guan Eng, leader of the Democratic Action Party and chief minister of the state of Penang, who was twice jailed on Mahathir's watch, including under the notorious Internal Security Act. 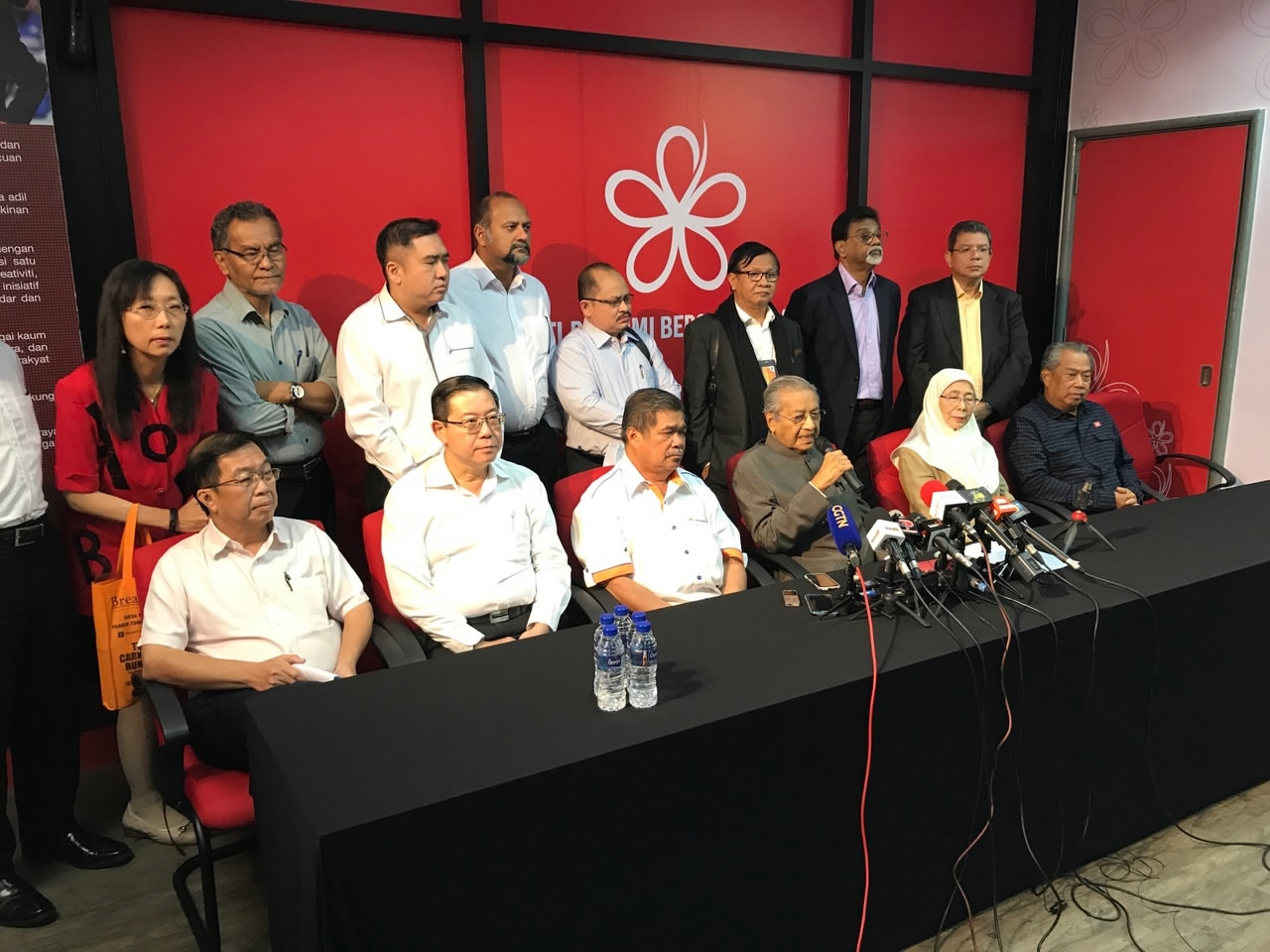 Now they are comrades in arms – or desperation. Mahathir is desperate to unseat the current Prime Minister Najib Razak, whom he once championed, blaming him for a multi-billion dollar corruption scandal involving state investment firm 1Malaysia Development Berhad (1MDB).
The opposition Pakatan Harapan or Alliance of Hope is desperate to unseat the Barisan Nasional coalition, which in one form another has ruled the country for six decades. And they see Mahathir Mohamad as the best means of doing that.
Earlier this month, Pakatan Harapan chose the 92-year-old Mahathir as their choice for prime minister should they win the upcoming election, which is expected to be called before May.
A senior fellow at Malaysia’s Institute for Strategic and International Studies, Sholto Byrnes, is scathing about the choice.
“He is 92. And I think they don't understand that around the rest of the world people are saying, ‘you’re seriously suggesting putting a 92-year-old for candidate for prime minister.’ Can you think of any other country in the world where this would happen?" Byrnes said. 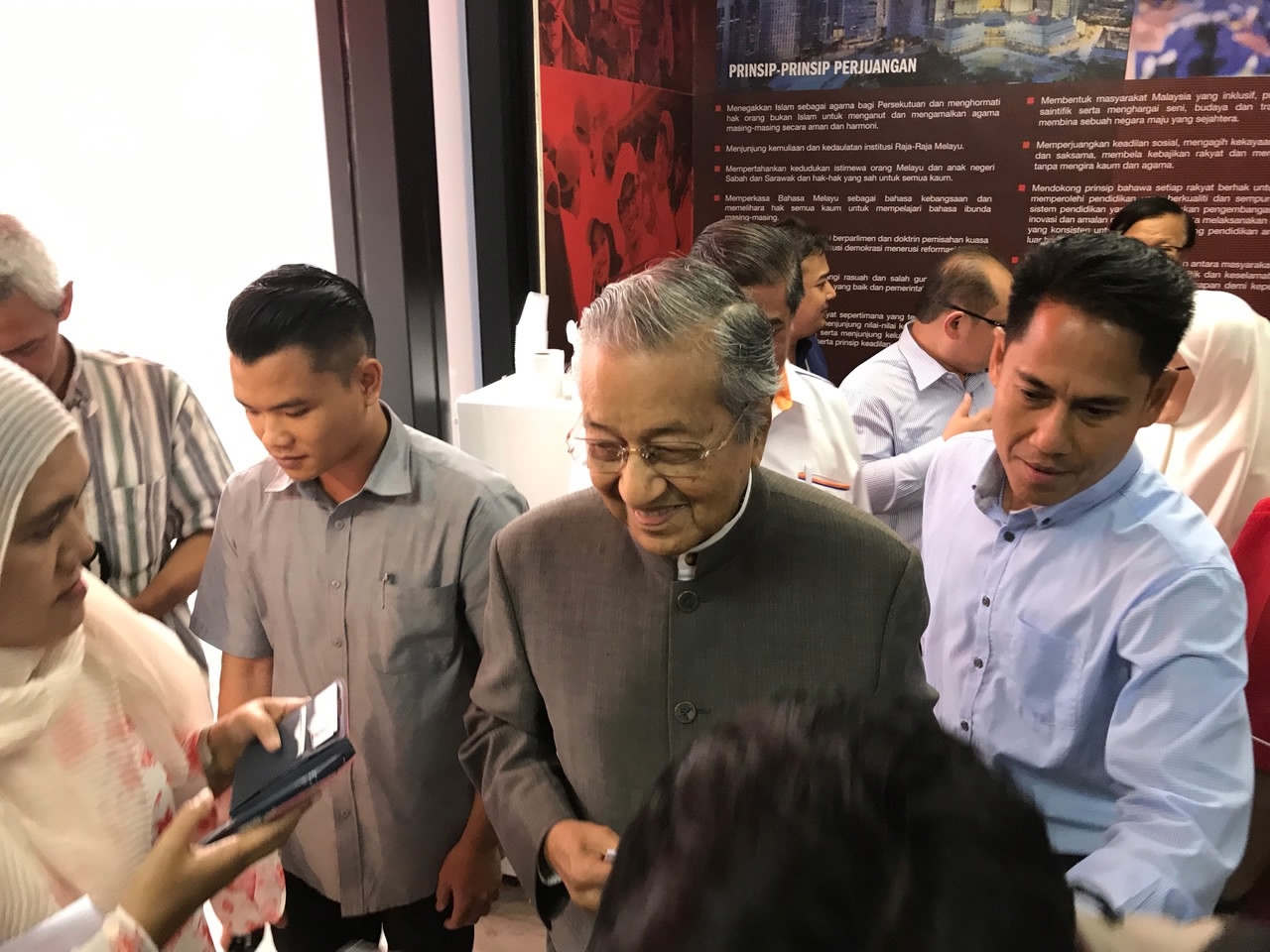 Mahathir (R) is still an iconic figure in Malaysia, the country he ruled for 22 years. /CGTN Photo

Mahathir (R) is still an iconic figure in Malaysia, the country he ruled for 22 years. /CGTN Photo

Byrnes said some of the younger and hardworking talents in the opposition alliance have a right to feel aggrieved at being overlooked.
The Pakatan Harapan’s preferred choice for prime minister remains Anwar Ibrahim. He is due to be released from jail after serving a second term for sodomy – charges the opposition maintain were politically motivated. But he will not be eligible to run for office for another five years unless he receives a royal pardon.
It’s clear why Pakatan has turned to Mahathir.
The ruling party UMNO has been working hard to convince ethnic Malaysians, who make up about 60 percent of the population, that opposition alliance is controlled by non-Malays and both anti-Malay and anti-Islam. With non-Malays – especially ethnic Chinese – having all but abandoned the ruling coalition in the last election, winning the support of the Malay electorate is crucial.
“Mahathir brings a special effect to our campaign and our strategy because, on the one hand, he has a lot of followers among a significant number of Malay young voters. Secondly, on the other hand, he still has a lot of fans in the Malay villages in the rural areas,” said Saifuddin Abdullah, a former deputy minister in the government who is now chief secretary of the opposition alliance.
“So when you combine these two hopefully this will bring about the spike in the support among Malay voters which every pundits are saying it is the Malay voters who will decide the result of the coming election.” 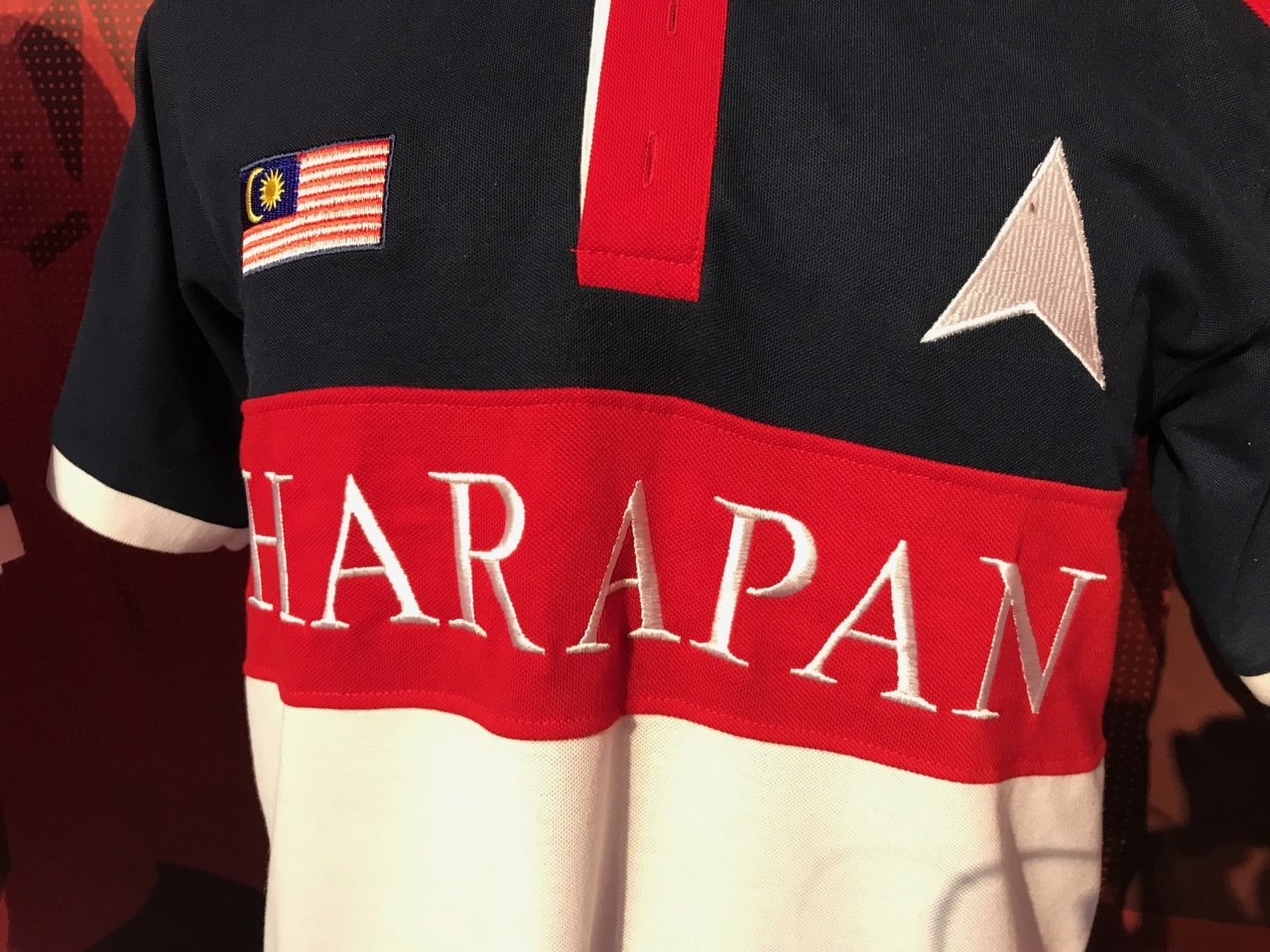 Out of desperation, stalwart opposition party faithful have largely accepted the choice of Mahathir as prime minister, despite blaming him for many of the country’s current ills including cronyism, corruption and a weakening of the independence of institutions such as the judiciary.
But many progressives who might seem natural opposition supporters are dismayed by the opportunism and hypocrisy.
For example, during Mahathir's press conference on Wednesday, he railed against the apparent presence of so-called “phantom” voters on electoral lists – for example, far too many people registered at a single address and where they are unknown to the true occupants. It’s a problem that was rife during Mahathir’s time as prime minister.
He went on to demand that foreign observers be allowed to monitor the election, something he would have angrily dismissed as neo-colonialism when he ruled.
“We are wary of the fact that by announcing Mahathir as our prime minister designate we may get some backlash,” said PH secretary general Saifuddin. But with their preferred choice Anwar ineligible, “our problem is we try to make a decision that is ideal but within a situation that is extremely non-ideal. So we have to make some compromise.”
Mahathir himself acknowledged he wasn’t the universally popular choice. “If they don’t agree then we’ll look into it. These are internal affairs. We don’t have to discuss it with the media,” he said, returning to his less media friendly persona of old. 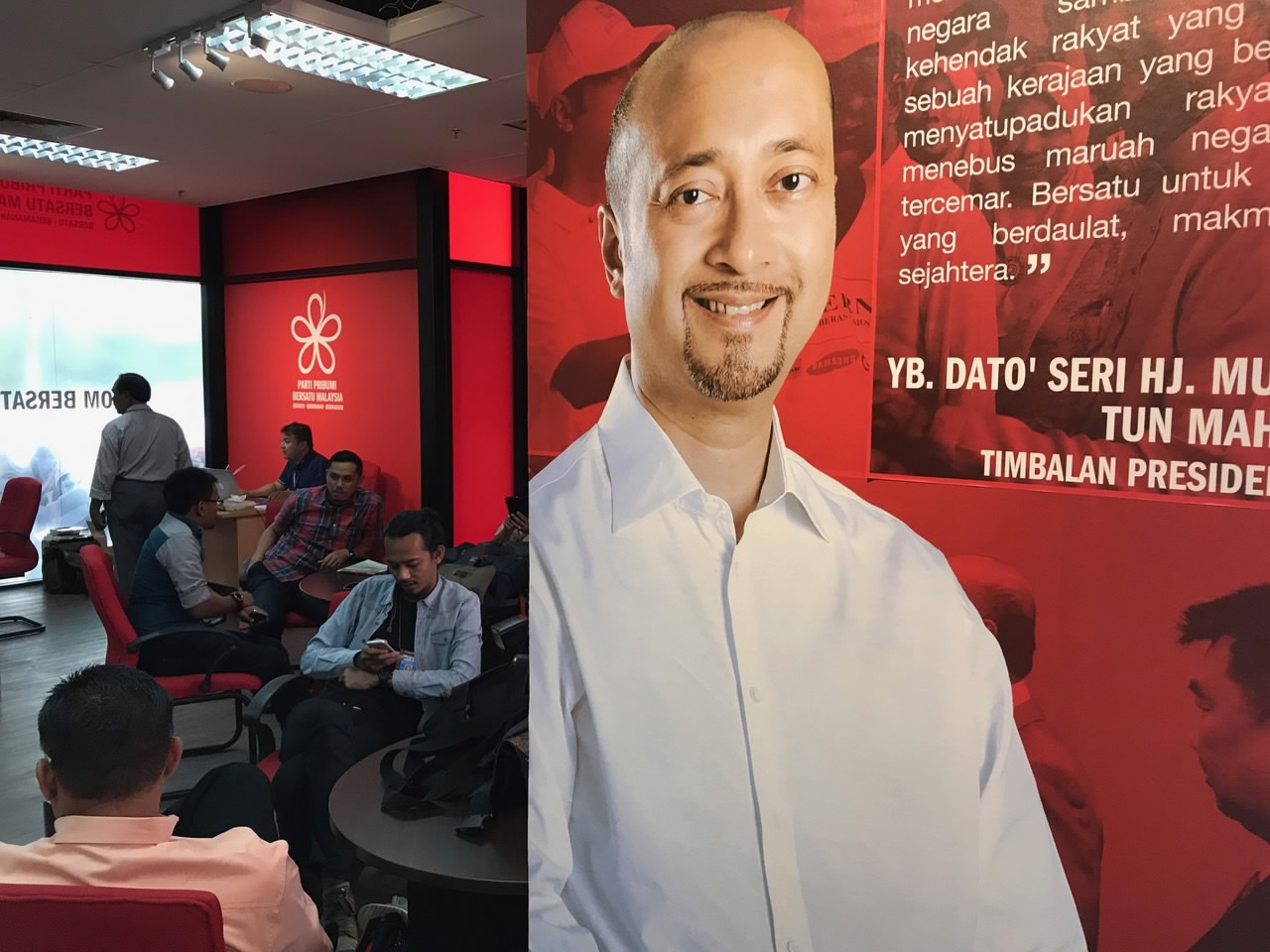 The poster shows Mahathir's son Mukhriz, and many believe Najib's refusal to support Mukhriz political rise is what really turned Mahathir against him. /CGTN Photo

The poster shows Mahathir's son Mukhriz, and many believe Najib's refusal to support Mukhriz political rise is what really turned Mahathir against him. /CGTN Photo

Analyst Byrnes doesn’t buy Mahathir’s transformation into an opposition politician dedicated to righting the wrongs of the system.
“He said it was all about 1MDB and corruption. But there are an awful lot of people who feel if Najib had just done what Mahathir wanted and had tended to the career of Mahathir’s son Mukhriz, we wouldn’t be hearing anything about 1MDB from Mahathir and he would have been right Najib all the way.”
Instead, Mahathir is battling alongside his former opponents and political nemeses to unseat Najib and the party he led for 22 years.
4349km