Mozambican President: BRI is a way of modernizing multilateralism 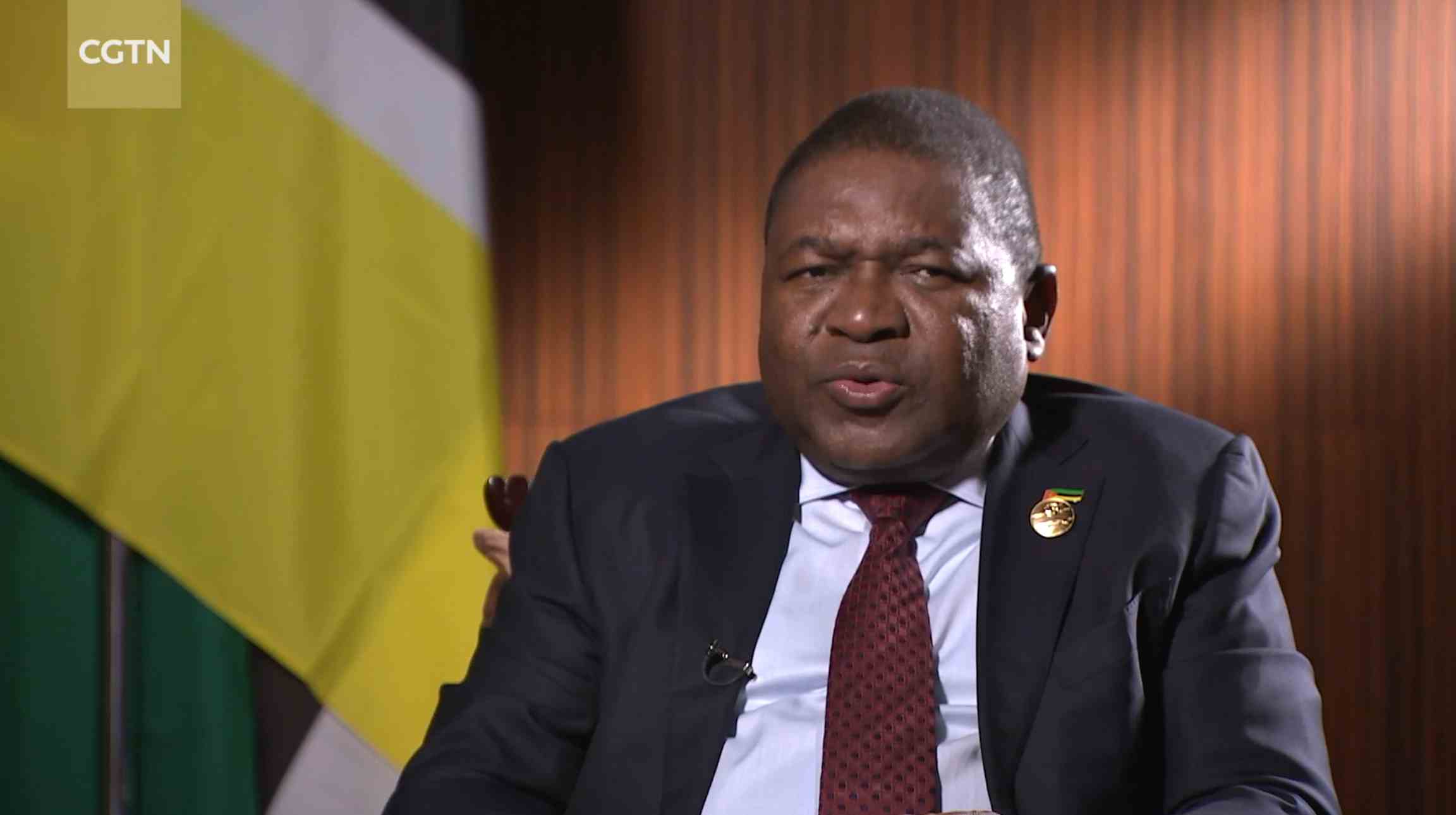 ‍“The speech was rich, deep, (and) very profound. It made a historical analysis that connects the past with the present and with the future," said President of Mozambique Filipe Nyusi, expressing his excitement upon hearing Chinese President Xi Jinping's speech at the second Belt and Road Forum for International Cooperation (BRF). "The speech has a lot of insights because initially, people had so many interpretations on the Belt and Road Initiative (BRI), but now it has become clear."
In an exclusive interview with CGTN's Liu Xin, President Nyusi talked about misconceptions surrounding the BRI: Some see it as a way of expansionism or colonialism, others fear China is trying to take hold of resources from African countries. But Xi Jinping's speech made it clear that the BRI is a way of a modernizing multilateralism.
Nyusi hailed China-Mozambique ties as “very close relations of brotherhood and sisterhood” and thanked China for its aid to Mozambique after Cyclone Idai.
The BRI is based on trust and confidence. It will reduce world imbalances in terms of development and bring globalization that's friendlier to everyone.
In short, President Nyusi believes the BRI will help infrastructure, sports, culture, technology, and education, and even bring peace to the world. And remarks from other heads of state or government aligned with Xi's speech in terms of BRI's significance and impact.

Projects under the BRI 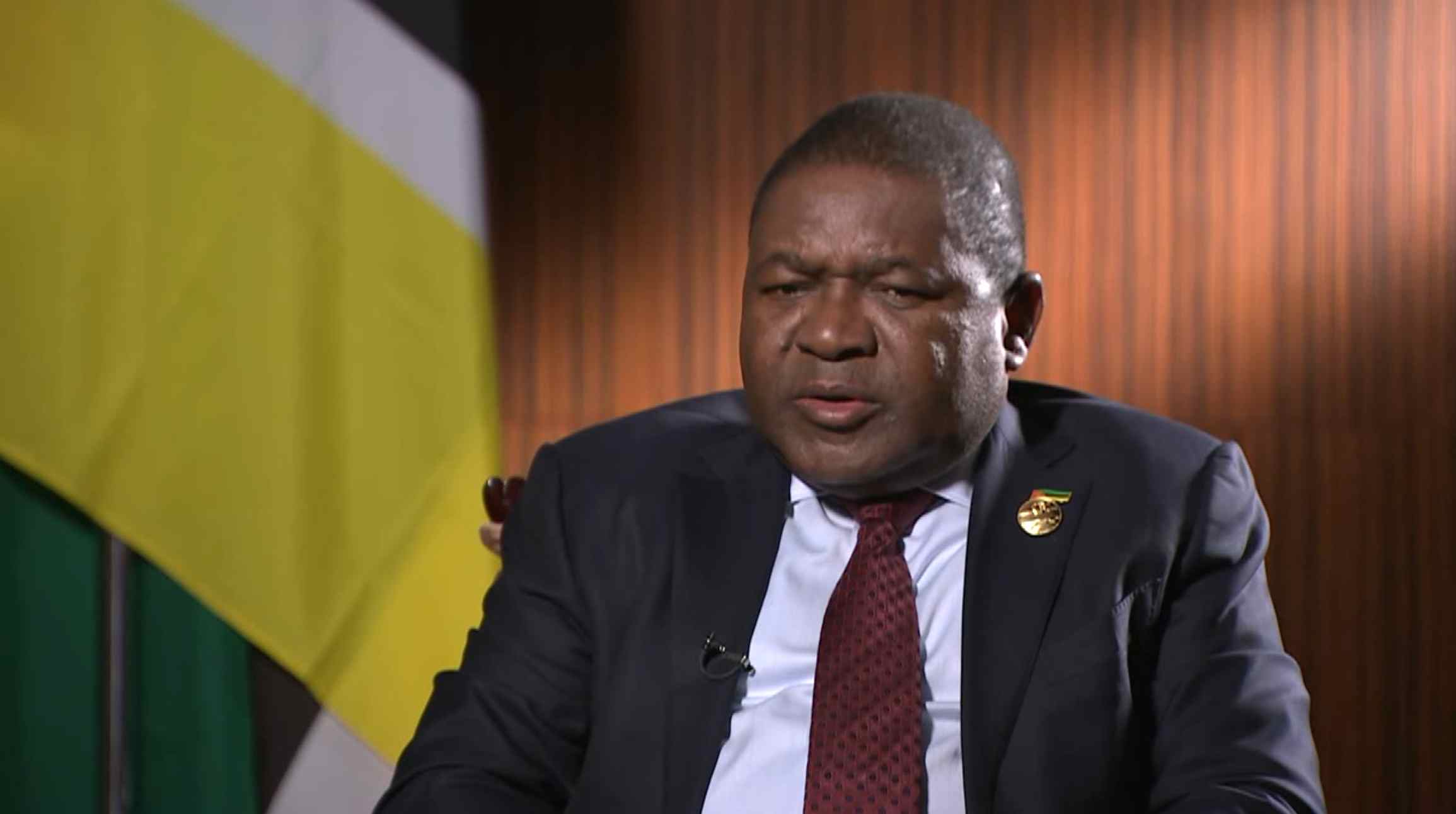 “We've seen a lot of acceptance by people and we in Mozambique were indeed adhering and accepting this initiative because it brings tangible results in our own country," Nyusi said. "We have been building roads and many other infrastructures which are part of this Belt and Road Initiative. We have the Maputo–Katembe bridge, which was exhibited yesterday. This is a result of the Belt and (Road) Initiative. This shows this is something tangible and we're very proud and we're very happy with it,” Nyusi added.
The twin-tower suspension bridge over Maputo Bay in southern Mozambique was erected by the China Road and Bridge Corporation (CRBC). It has a main span of 680 meters and connects the Mozambican capital Maputo with the suburb of Katembe. The bridge is the longest of its kind in Africa and opened to traffic in November 2018.
According to the project's contractor, Maputo Bay Bridge has generated 3,788 jobs for the local people. The Chinese company has also provided skills training opportunities for thousands of local employees.
Regarding Mozambique's distinct advantage in the BRI, Nyusi is proud of his country's important geographical position and convenient transportation. He mentioned that most of the fuel that is sold in the world passes through the Mozambique Channel, which lies between Mozambique and Madagascar.
The country has several ports and can reach many landlocked countries in Africa, providing a maritime route of goods transportation to and from Africa.

Ties date back to the colonial era

Echoing remarks made by Chinese officials last year, Nyusi traces deep China-Mozambique friendship to their struggles against imperialism and colonialism.
“In our struggle for independence, we counted on China's support," Nyusi said. "When we started to establish diplomatic relations in 1975, and these are very close relations of brotherhood, sisterhood and of confidence. There is a lot of trust between the two countries.”
The heads of state of China and Mozambique decided to elevate the bilateral relations to a comprehensive strategic partnership of cooperation in 2016.
Nyusi explained that the decision was made for strategic objectives, as the two countries wanted to conduct economic diplomacy and make ties even better.
Today, China has become Mozambique's major trading partner, its largest investment source, and one of the most important financing sources and builders for infrastructure projects.
SITEMAP
EXPLORE MORE
DOWNLOAD OUR APP