Opinion: The week that shook the world
Guest Commentary by Harvey Dzodin 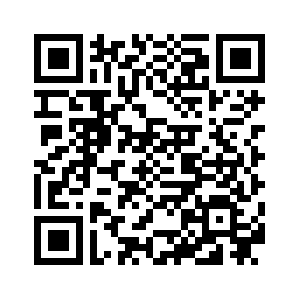 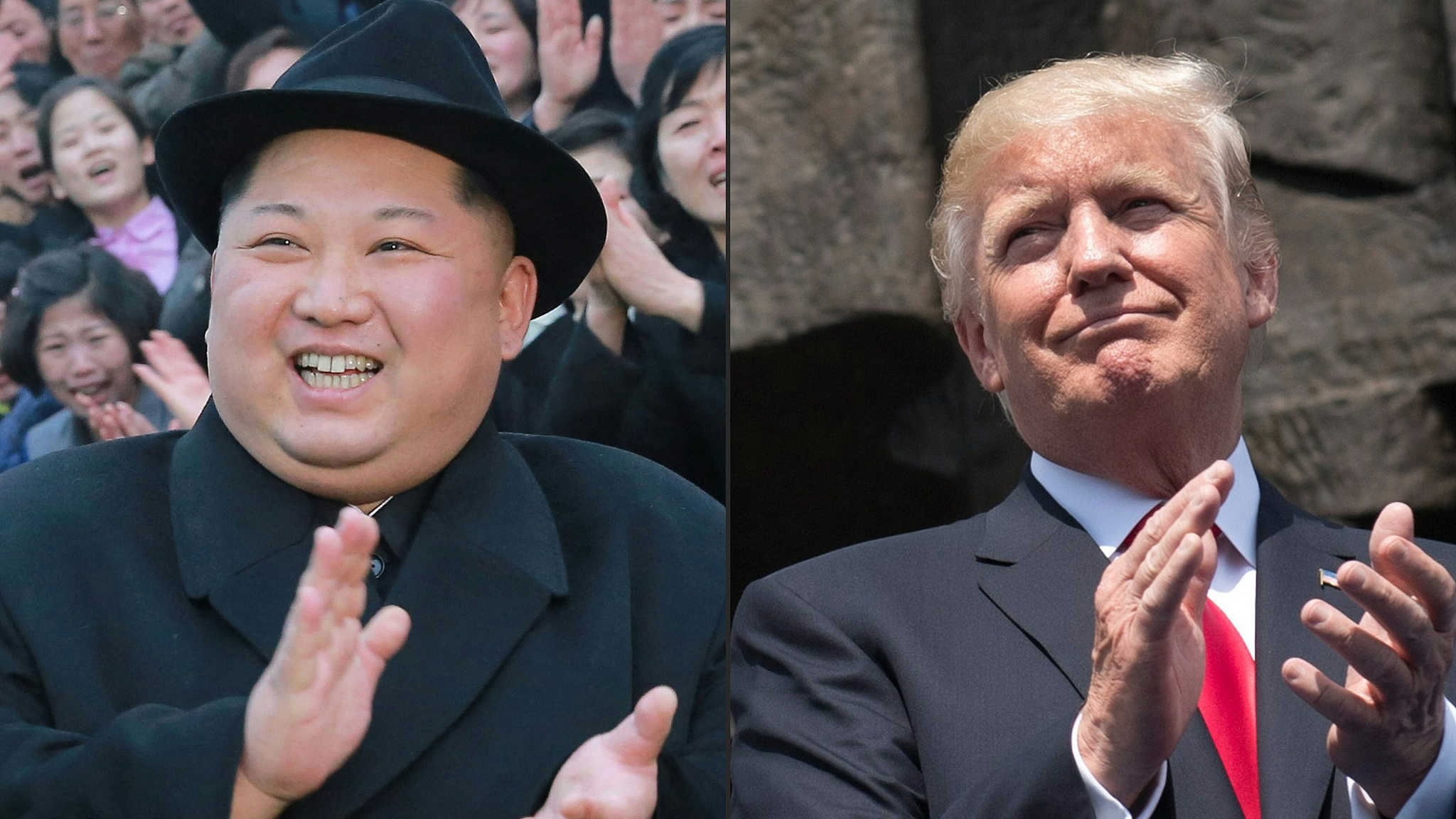 What an amazing week. Head-spinning. So much has happened in the space of a few days, each with world-changing potential. The National People’s Congress convened. US President  Donald Trump’s chief economic adviser, Gary Cohn, quit when Trump overruled him and announced tariffs aimed squarely at China. At the White House, visiting Republic of Korea's (ROK) Chung Eui-yong, head of the ROK's national security office, announced that Trump would meet with Democratic People's Republic of Korea (DPRK) leader Kim Jong Un before May, the first time ever that leaders of these two nations technically still at war, have met.
Chung had brought a letter to Trump from his Monday meeting in Pyongyang with Kim initiating a Kim-Trump summit to “achieve permanent denuclearization”. This was a development that absolutely nobody expected; a Nixon in China moment. Even Secretary of State Rex Tillerson was caught unaware and said a few hours before the announcement that direct talks between the US and DPRK were still in the distant future.
You have to give Kim credit for upgrading his place in the world since he gave his annual New Year’s address two months ago. It set in motion both his country’s participation in the Winter Olympics, some events conducted under a unified flag, and also Kim’s surprise invitation delivered there by his sister, Kim Yo Jong, to ROK President Moon Jae-in beginning state-to-state high level contact. 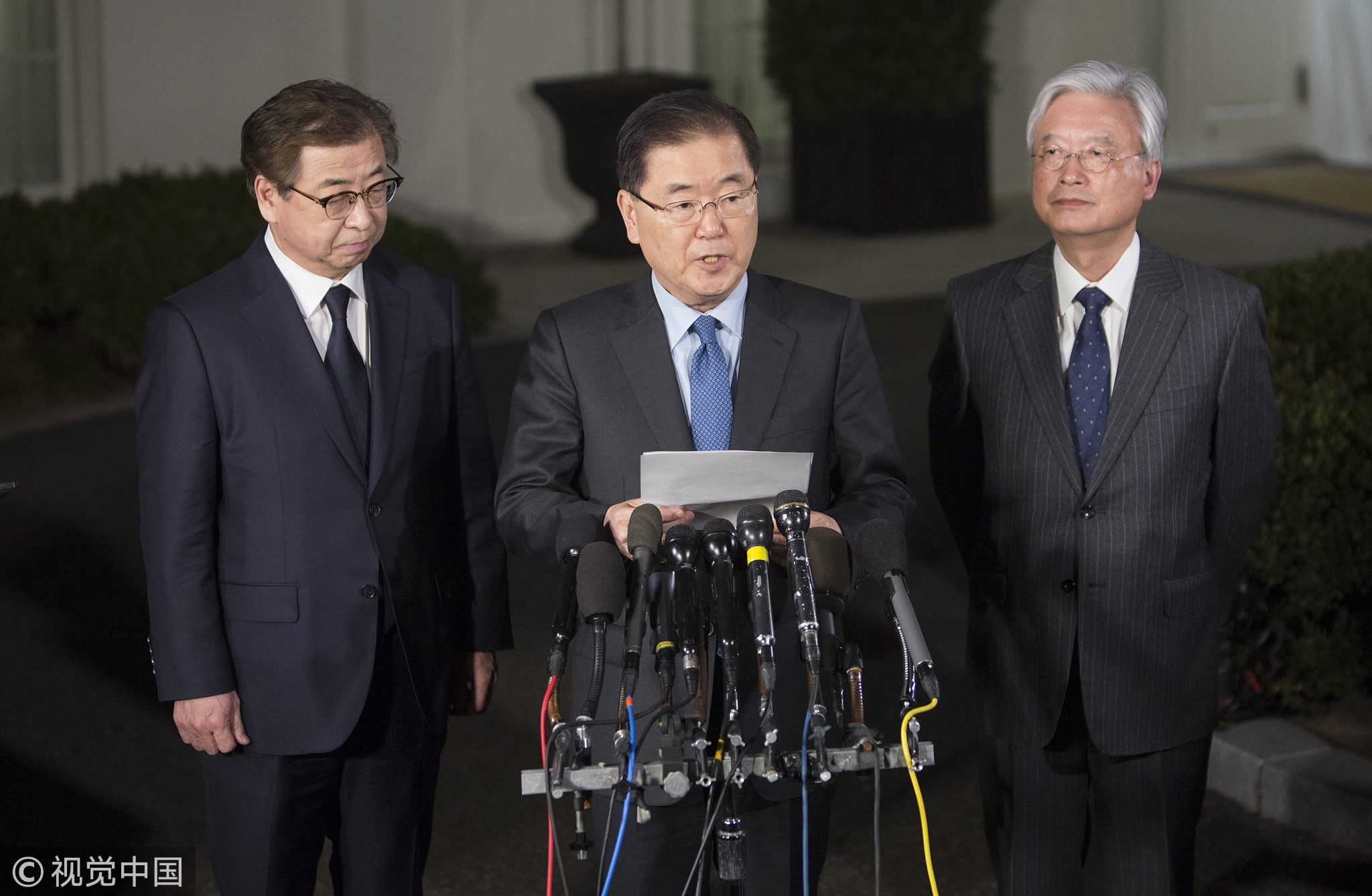 Of course, it’s a very positive development. Considering that only a few months ago DPRK was called the hermit kingdom and Trump promised to unleash “fire and fury like the world has never seen” and was contemplating a limited nuclear strike to show the DPRK that he meant business.
One of the most positive and rather unbelievable parts of Chung’s announcement was not only that there would be no missile testing for the immediate future but that Kim said he “understood” that joint military exercises with the US and ROK would go ahead as scheduled after the end of the Paralympic Games this month.
Kim seems to have also partially accomplished what Ambassador Christopher Hill, who led the US delegation to the six-party talks on DPRK in 2005, feared most: the decoupling of ROK from the US. Kim knew that President Moon was deeply committed to improving relations with the DPRK and would be inclined to take steps, even risky ones, to do so, even independently from the US and Japan. Now with the proposed Kim-Trump summit, Moon will be pressuring Trump to make what could turn out to be risky deals on nukes and missiles.
Personally, I am heartened but not optimistic. DPRK has a poor track record on both improving its relations with the ROK during the several multilateral negotiations that took place over the years. I am worried that this is just an effort by Kim to lift the onerous sanctions imposed on his country and obviously having a severe impact, get hefty financial aid all the while buying precious time to perfect the weapons and delivery systems and eventually breaching his obligations. These are all things the DPRK has done before prompting Robert Gates, former US Secretary of Defense, famously to say in commenting on this pattern that he was “tired of buying the same horse twice”. 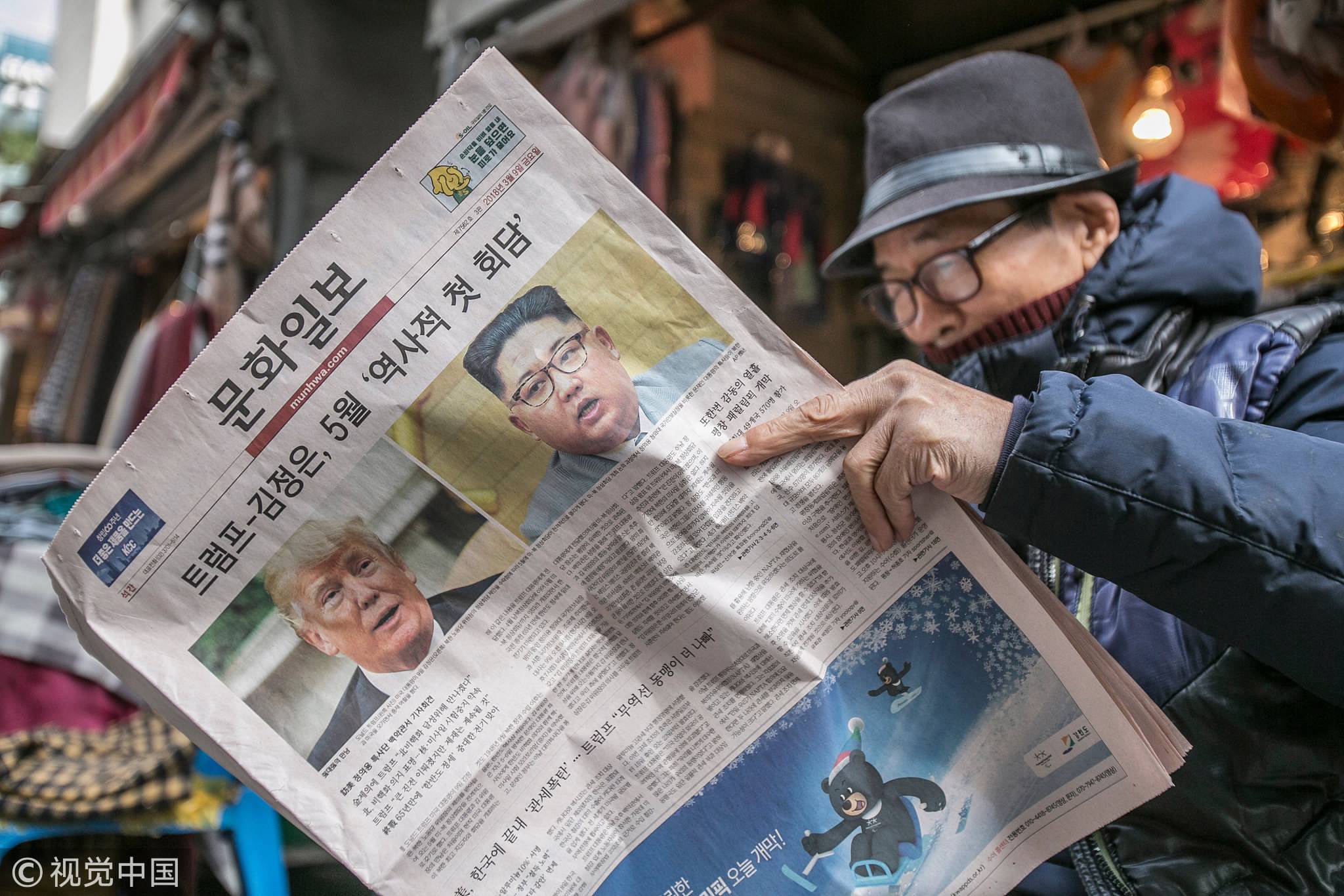 For China, the announcement is however a double-edged sword. China has responded positively to the developments as any war would have a huge negative impact on China in numerous ways. On the other hand, if Kim were to come out of his hermit’s cave, as he seems to be doing, in some respects Kim could become a sizable state actor in the region and act in ways that may go against China’s interests.
And if I had Trump’s ear, I’d remind him that nuclear weapons aren’t the only weapons that can be placed on a short-range or intercontinental ballistic missile. DPRK is reported to have ample stocks of chemical and biological weapons (CBW). The UN confirmed this week that DPRK has been shipping supplies to Syria that could be used to make chemical weapons. I don’t think that the world would be any safer with every nuke removed from DPRK.
Trump once said that he’d be honored to have a hamburger with Kim. Now he may get his chance.
(Harvey Dzodin is the former legal advisor in Carter administration, Research Fellow of Center for China and Globalization. The article reflects the author's opinion, and not necessarily the views of CGTN.)