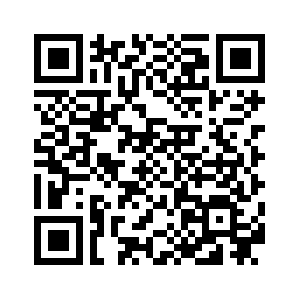 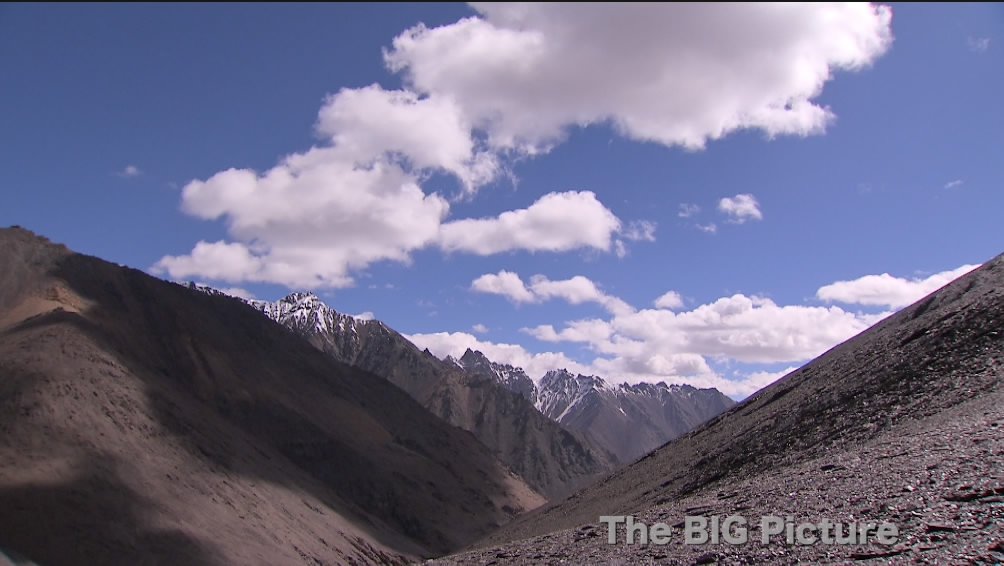 Fighting poverty is a global challenge, and China is no exception. CGTN visits a remote village in the Tashkurgan Tajik Autonomous County of Xinjiang Uygur Autonomous Region. The country's anti-poverty efforts have brought drastic changes to this once isolated village, and new conflicts among the different groups of people.
'Truly short of everything'
The village of Reskamu is some 20 kilometers away from the Taxkorgan County seat. But it would take more than five hours drive to reach the village due to poor road conditions. In Tajik language, Reskamu means "truly short of everything." Villagers are scarcely populated beneath the Pamir Mountains.
"The anti-poverty efforts by the government is really helpful, but I hope the development won’t change the environment here."
-  Nazimu Dila, a 71-year-old herdsman in Reskamu. 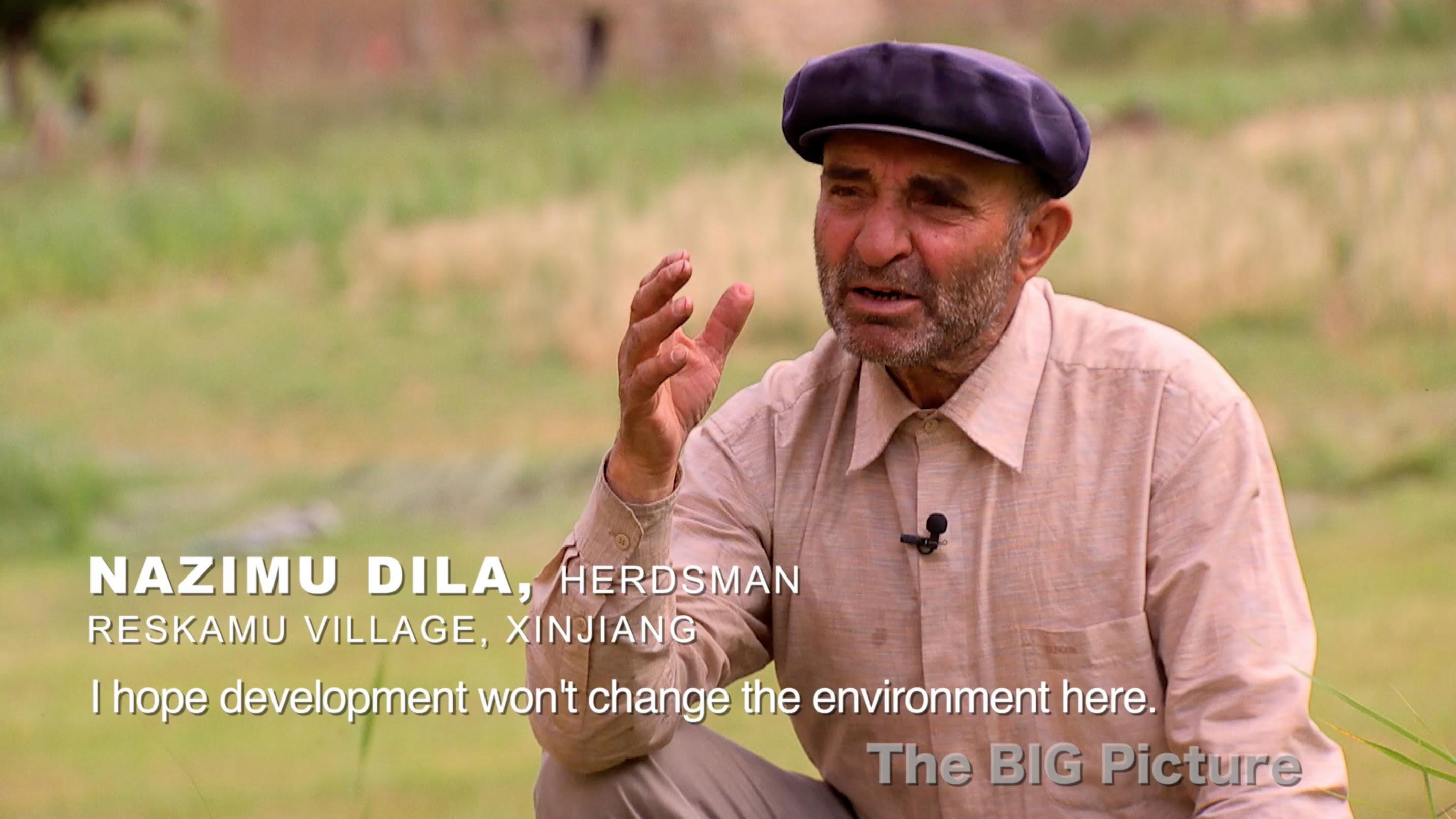 "They have their lives and I have mine. I can't raise livestock on the plateau all my life. I want to study and come back to make some changes."
-  Bahatijiang Bsuyike, Nazimu Dila’s granddaughter, a senior school student in Kashgar city. 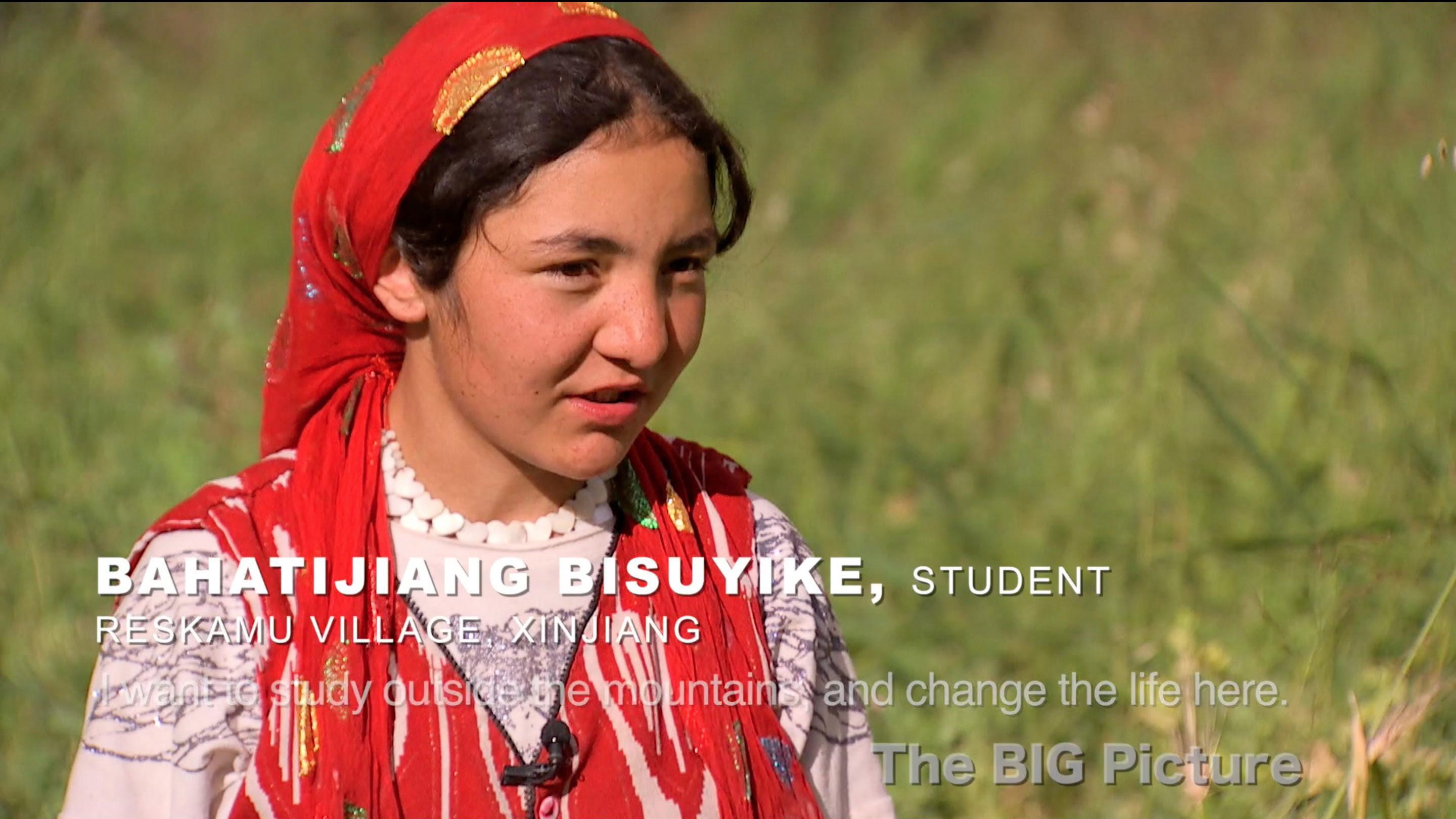 Though China has lifted more people out of poverty than anywhere else in the world, the question remains: Can repeat this success and eradicate extreme poverty entirely? The current Economic and Social Five-Year Plan, the country's 13th, aims to eliminate all poverty by 2020, ten years ahead of the UN Sustainable Development Goal poverty eradication target. 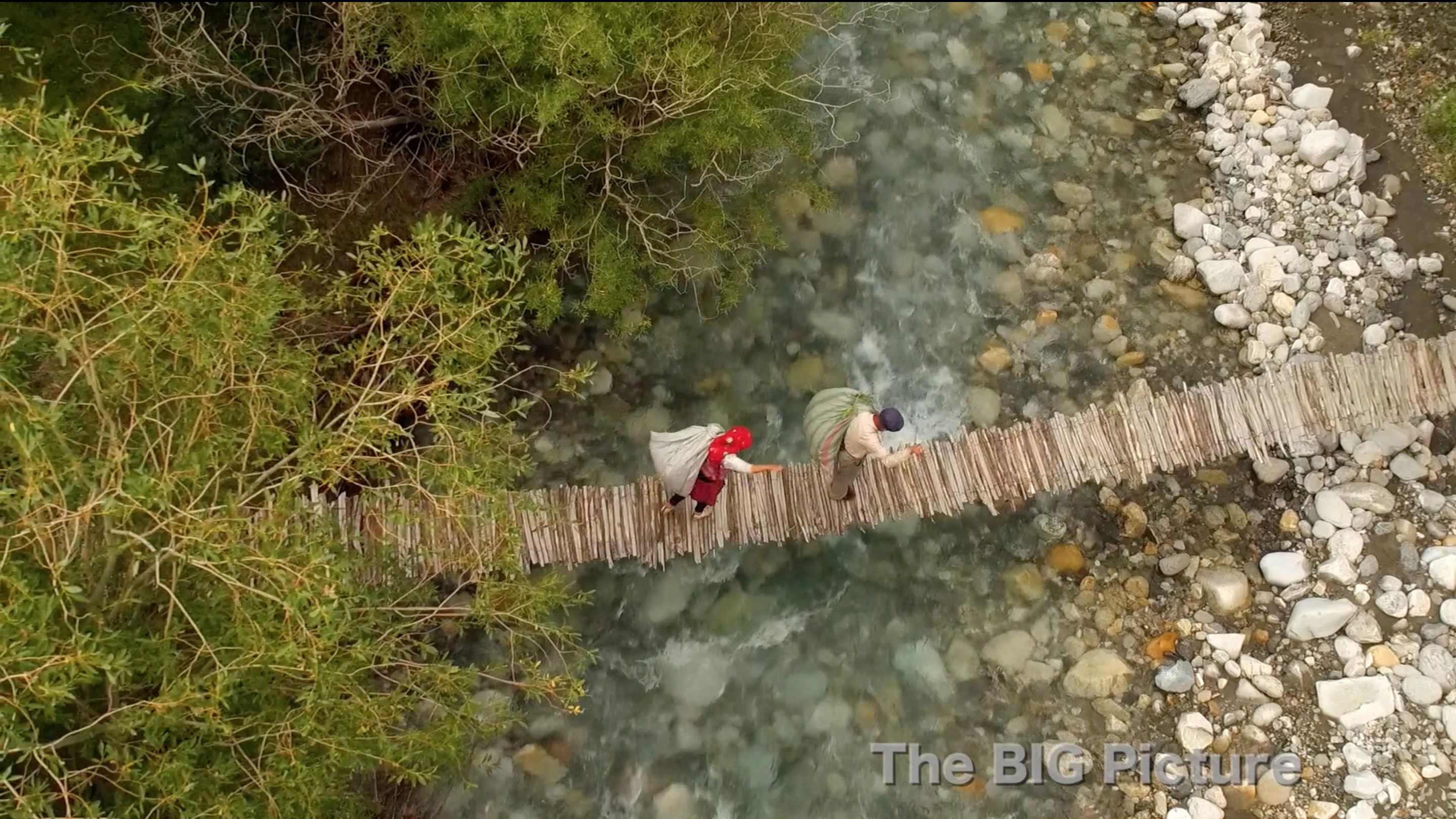 The picture shows the only bridge linking Nazimu Dila's family to the outside world. /CGTN Photo

The picture shows the only bridge linking Nazimu Dila's family to the outside world. /CGTN Photo

Solutions sought
China believes that concerted approach is needed to improve the livelihoods of those living in extreme poverty. For the village of Reskamu, education is one way for the children, and targeted measures are taken to increase the agricultural output. The government suggests herdsmen reduce the number of sheep and raise yak cattle to increase income.
Tai Chang'an, deputy Party secretary of Dabuda County said, "Relocation is the best way to improve living conditions. Local government has built more than 140 apartments in a newly established settlement, and planning to build better roads and introduce telecommunication facilities. We hope villagers enjoy a better life after they all move to the settlement by 2019." 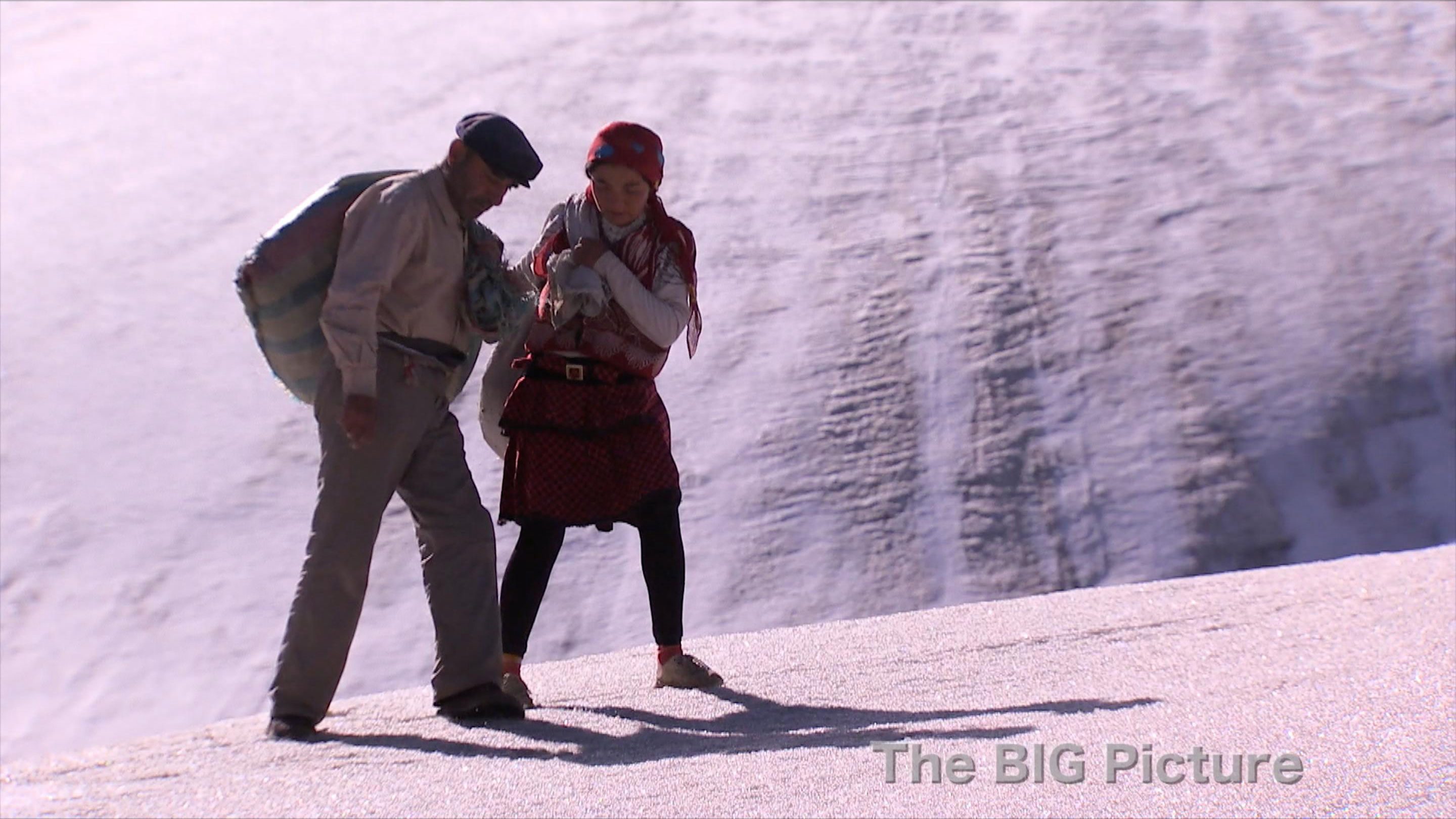 It takes hours for the family of Nazimu Dila to go to the summer ranch.  /CGTN Photo

It takes hours for the family of Nazimu Dila to go to the summer ranch.  /CGTN Photo

Mixed feelings
During the time we were at Reskamu, we had mixed feelings. Outsiders might consider Reskamu something of an adventure, akin to the summit of the Pamirs, but they would find conditions too harsh to live there. It would be too costly to improve living conditions there, and the environment has made aid efforts almost impossible. 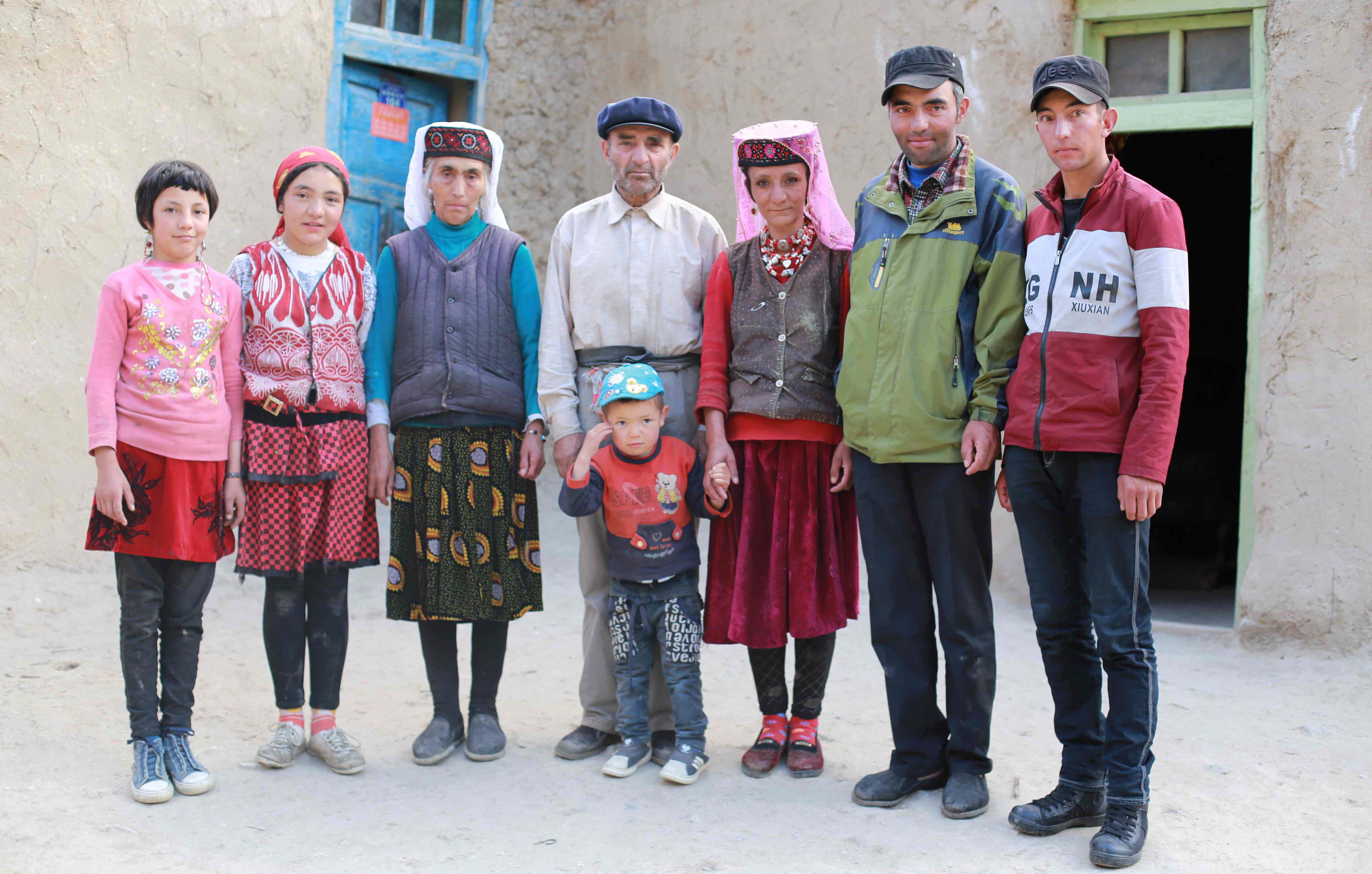 Young people are looking forward to something new, but older generations are content with the simple life. Fighting poverty means either helping them find alternatives, or eventually making them give up their traditional lifestyle. The situation is very complicated.
The story of Reskamu is a reminder of the tough road ahead, and demonstrates how increasingly difficult it is for the poor to build better lives for themselves and their families.
3549km
Episode I: The Big Picture: Can China feed its population?
Episode 3: The Big Picture: Here comes the sun
Episode 4: The Big Picture: Tea time in Wuyi