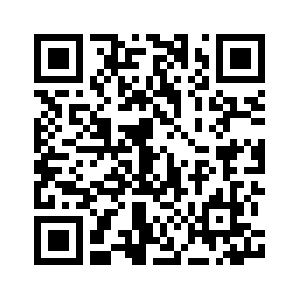 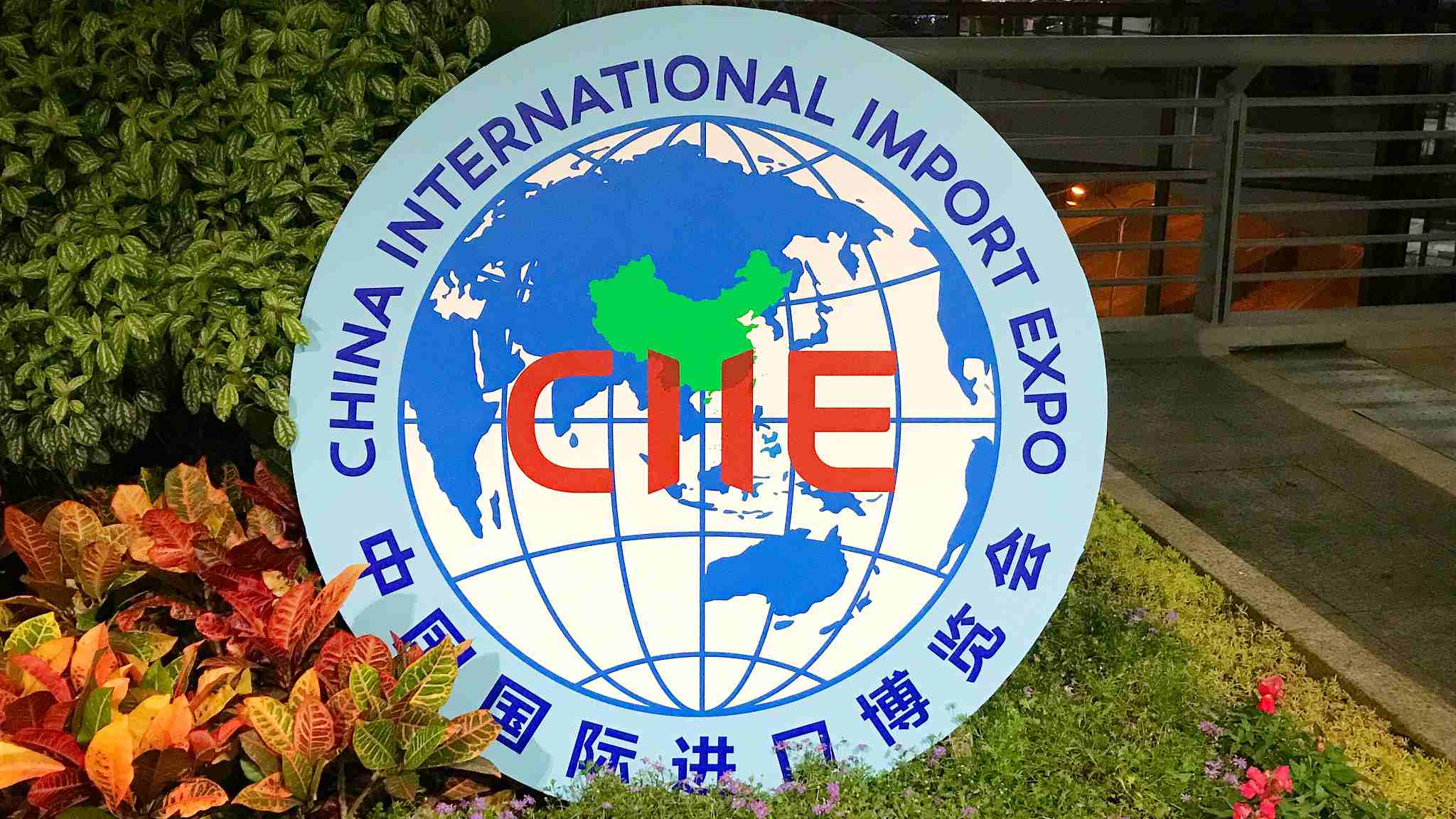 Editor's note: The article is an edited translation of a commentary from the Chinese-language "Commentaries on International Affairs" and originally published on CRI.
The first China International Import Expo (CIIE) opened in Shanghai on November 5, with Chinese President Xi Jinping delivering a keynote speech entitled “Work together for an open global economy that is innovative and inclusive.”
President Xi put forward three proposals for promoting open cooperation among countries as well as five measures to step up China's opening up. These proposals and actions have injected a more powerful impetus into China's call for joint promotion and protection of free trade and the multilateral trading system, the establishment of an open world economy and the development of a community with a shared future for mankind.
“The mortal eyes profits while the wise man watches the trends.” The old Chinese saying is based on a simple premise: Only if a person, a society, or even a country goes with the trends can achievements be made. 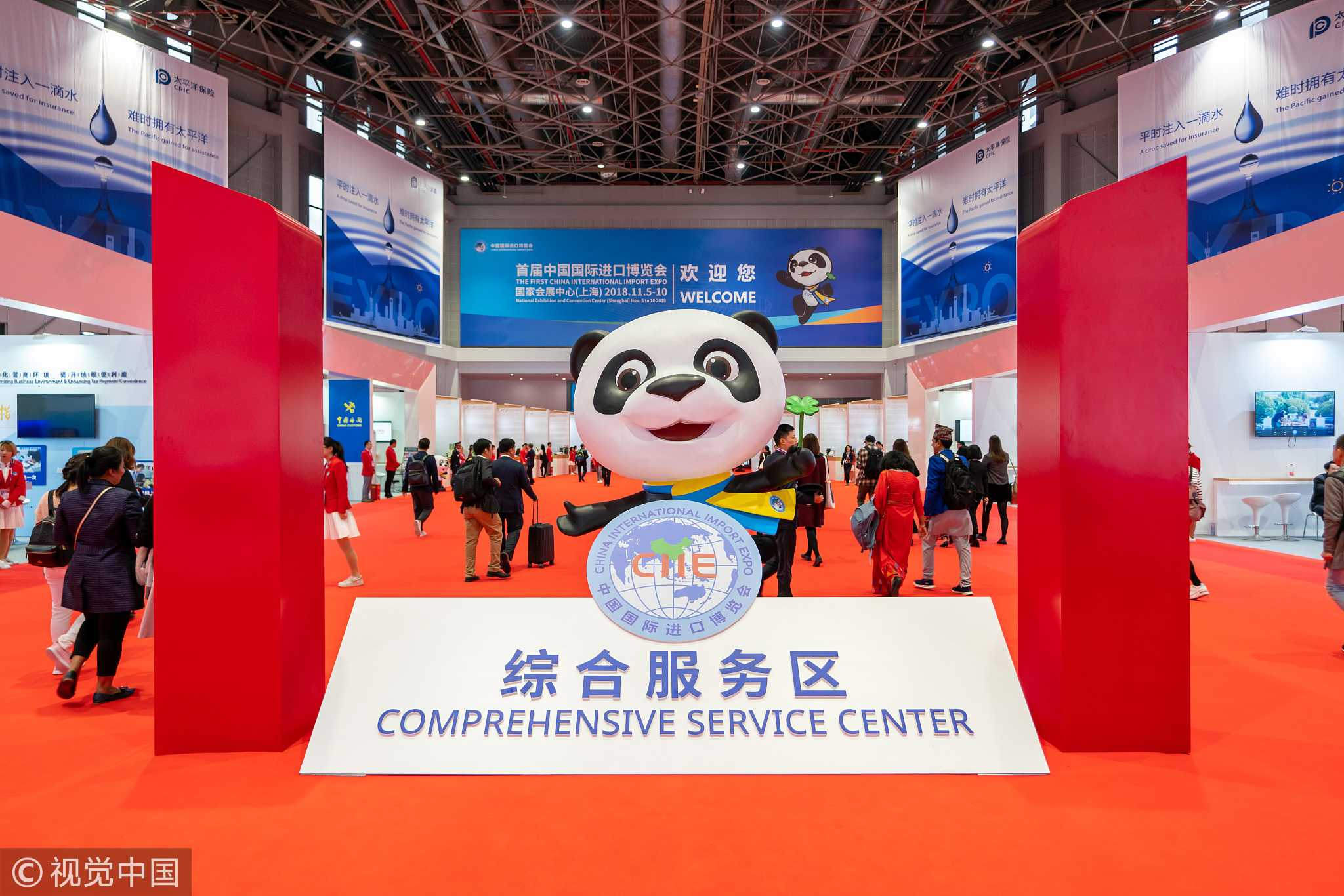 Due to the fluctuations in the world economy and the rising uncertainty created by its instability, it is especially critical for countries to understand the laws that govern development and recognize historical trends.
President Xi has maintained a sober and profound understanding of the development trends in both China and the world. In his speech, he noted that “economic globalization is an irreversible historical trend,” adding that “open cooperation is an important driving force for enhancing global trade and economic vitality.”
He's also used his speech to call on all countries to show more courage and achieve what he describes as the “three adherences.” He said these include “maintaining openness and integration while expanding on mutually beneficial cooperation, continuing to pursue innovative growth and speed up development of growth drivers and maintaining a goal of inclusive development for all.”
It should be noted that the terms "openness,” “innovation” and “inclusiveness” frequently appeared in President Xi's speech. They are indicative of China's 40 years of reform and opening up.
They're also the foundation for China's high-quality development in the future. In particular, “openness” has been singled out by President Xi as “a distinctive symbol of contemporary China.” 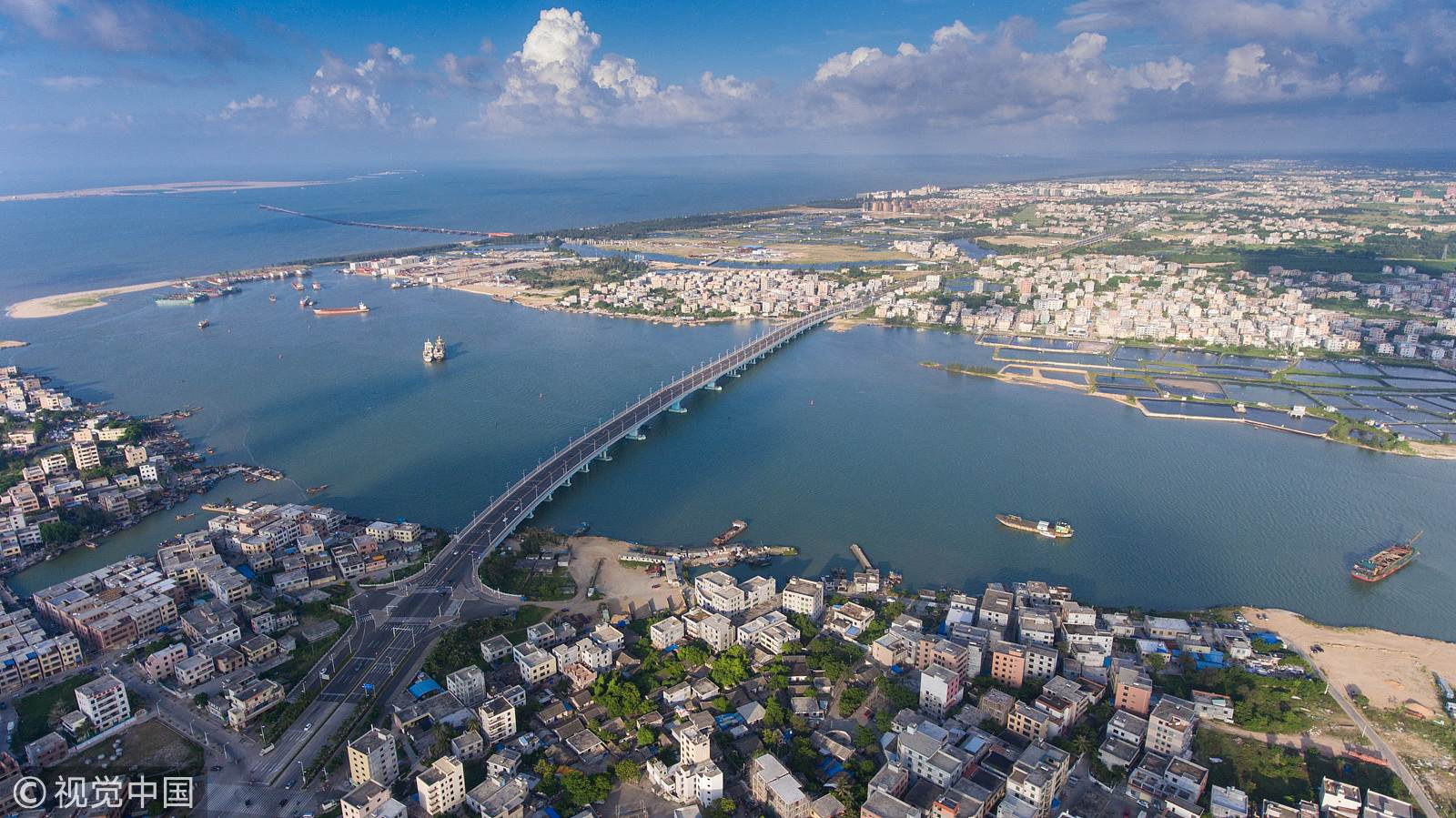 Today's China has entered a new era, which requires a higher degree of openness to achieve higher-quality development.
Following the announcement of new plans to further open up China at the Boao Forum for Asia in April, President Xi proposed in Shanghai five critical steps to reach that goal. They include stimulating China's import potential, continuing to broaden market access, creating a world-class business environment, creating new territories for opening up and facilitating development through both multilateral and bilateral cooperation.
These five steps fit in with the development needs of all countries. They are also concrete actions China is taking to promote economic globalization and world economic growth.
For example, to further expand China's import potential, President Xi announced that China will further reduce tariffs, improve the efficiency of customs clearance, reduce institutional costs and accelerate the development of new business models, such as cross-border e-commerce.
This is in line with the upgrading of China's consumer market, which will benefit foreign producers and exporters. China intends to relax the ownership ratios for foreign investment in education and medical care.
At the same time, President Xi has announced goals to import goods and services of more than 30 trillion and 10 trillion US dollars respectively over the next 15 years.
All these measures will bring more investment opportunities for foreign investors and suppliers, and will also better meet the needs of Chinese consumers, who are increasingly demanding better quality services and goods. 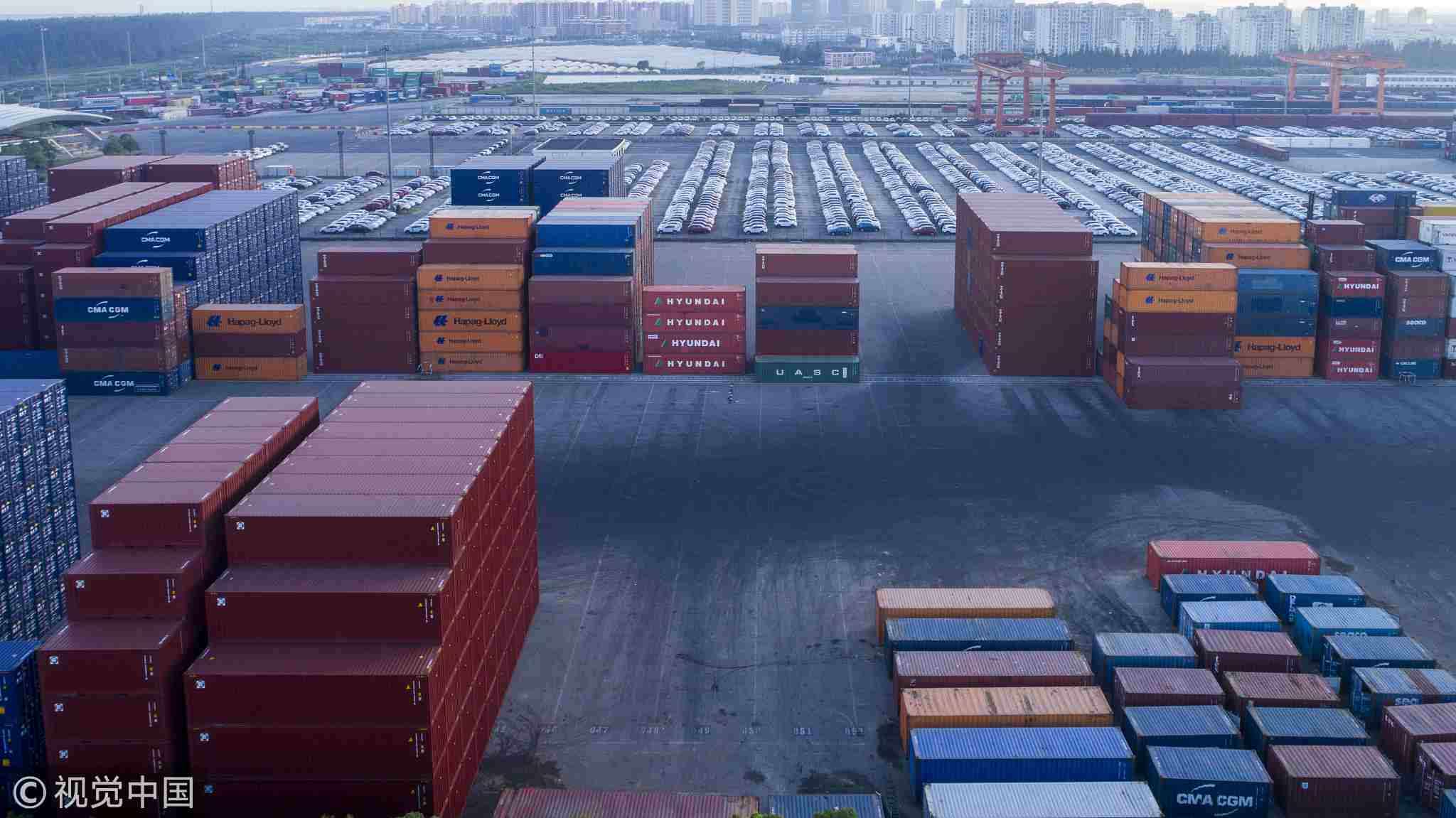 It is noteworthy that President Xi vowed in his speech to protect the legitimate rights and interests of foreign businesses, particularly their intellectual property rights, as well as improve the quality and efficiency of intellectual property reviews, introduce a new punitive damages system and significantly increase fines for illegal activities.
Its steps like these have helped China move up 32 spots this year on the Doing Business Index put out by the World Bank. The World Bank now ranks China number 46 among the 190 economies on the list.
In his speech, President Xi also related to efforts to create a free trade port in Hainan, adding a new section to the Shanghai Pilot Free Trade Zone, launch a science and technology innovation board on the Shanghai Stock Exchange and experiment with a registration system for listed companies to support Shanghai in cementing its position as an international financial center and a hub of sci-tech innovation.
He also expressed support for the development of the Yangtze River Delta region as a national strategy. All of these measures will create benefits for foreign investors.
President Xi highlighted the resilience, and the overall strength of the Chinese economy, which he suggested has laid the foundation for the creation of the China International Import Expo. While admitting the Chinese economy is not without its problems, he noted: “Chinese economy remains unchanged when it comes to its fundamentals for sound and stable growth, with production factors supporting high-quality development, and the overall momentum toward long-term stability and progress.”
“New Era, Shared Future” is the theme of the first China International Import Expo. It represents China's approach to global trade, mainly when multilateralism and free trade are under attack.
President Xi pointed out, over the past 40 years of reform and opening up, China has continued to expand its markets to not only help develop itself but also to benefit the world. Moving forward, China's promotion of openness to help build a community with a shared future for mankind will not stagnate. As President Xi said, China is “a strong advocate of openness at the global level, a stable engine of global growth, a big market with enormous opportunities, and an active supporter of global governance reform.”
(If you want to contribute and have specific expertise, contact us at opinions@cgtn.com.)