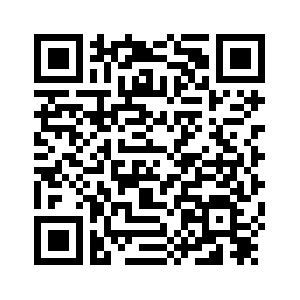 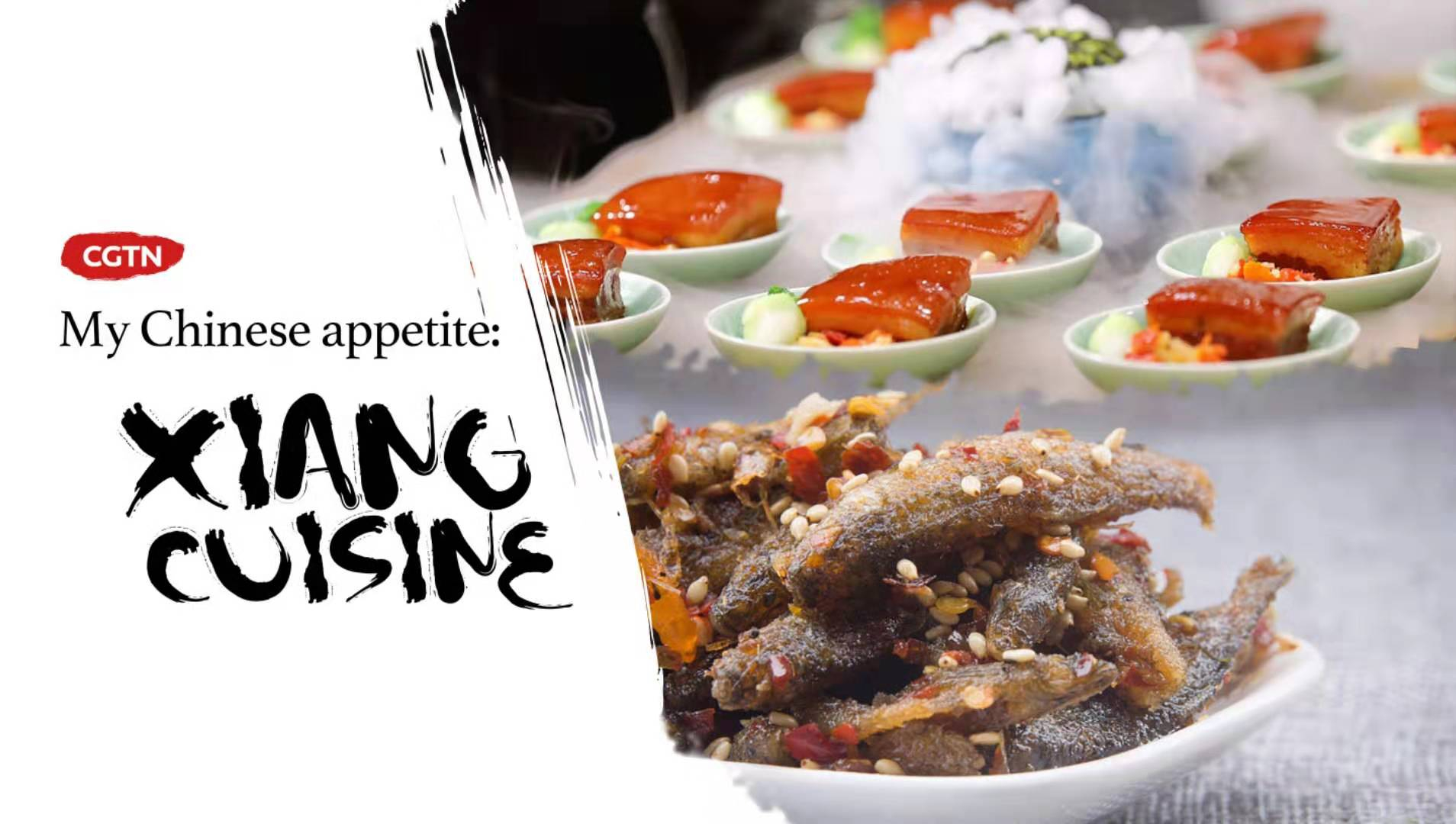 ‍Located in central China, Hunan Province is yet another place where people eat spices to drive away from the humidity that sometimes comes with the coldness.

In the Hunan dialect, the word for "eating" is different in spelling and pronunciation compared with what is used in standard Mandarin, "chi." For locals, "suo" feels like home.

Below are three signature dishes in Hunan. Some of them have made their way into restaurants across China, but one has mostly stayed in its original location. To Hunan people, its taste is as warm as the sound of "suo" and its name is fried and smoked fish. 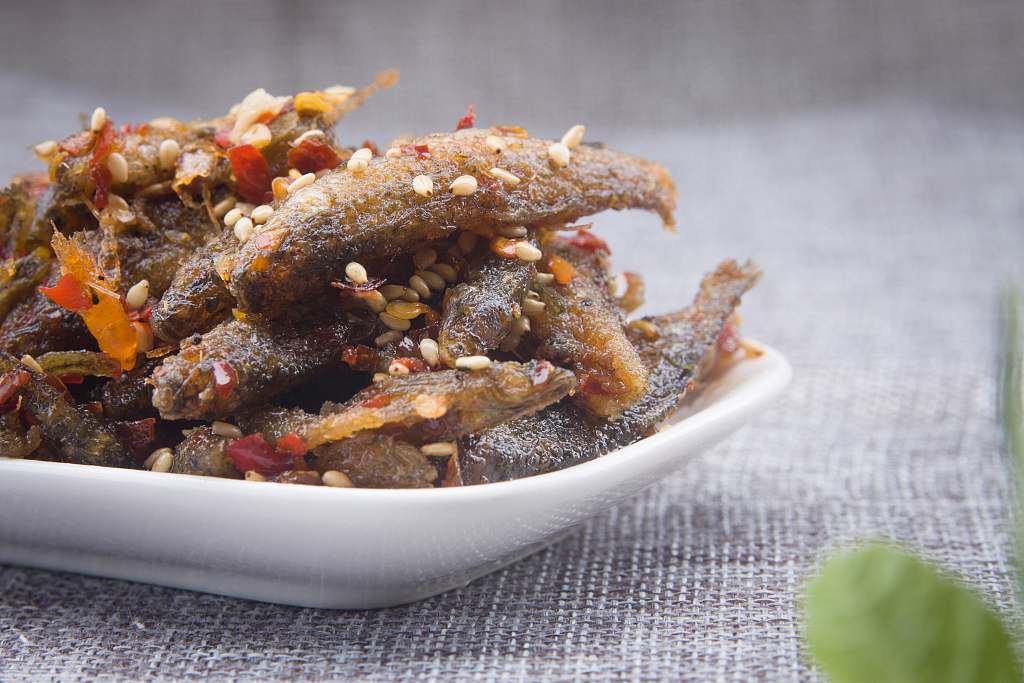 "Bei" could be referred to as "baking" or "drying" in Chinese. Here, it obviously means the latter. So with the crossword puzzle completed, you get what it is.

Basically, people catch fish that haven't grown much yet, clean, and deep fry them, and smoke them with sawdust, orange peels, and peanut shells. For local people who can't live without spice, the fish are fried with chili, as shown in the picture above. 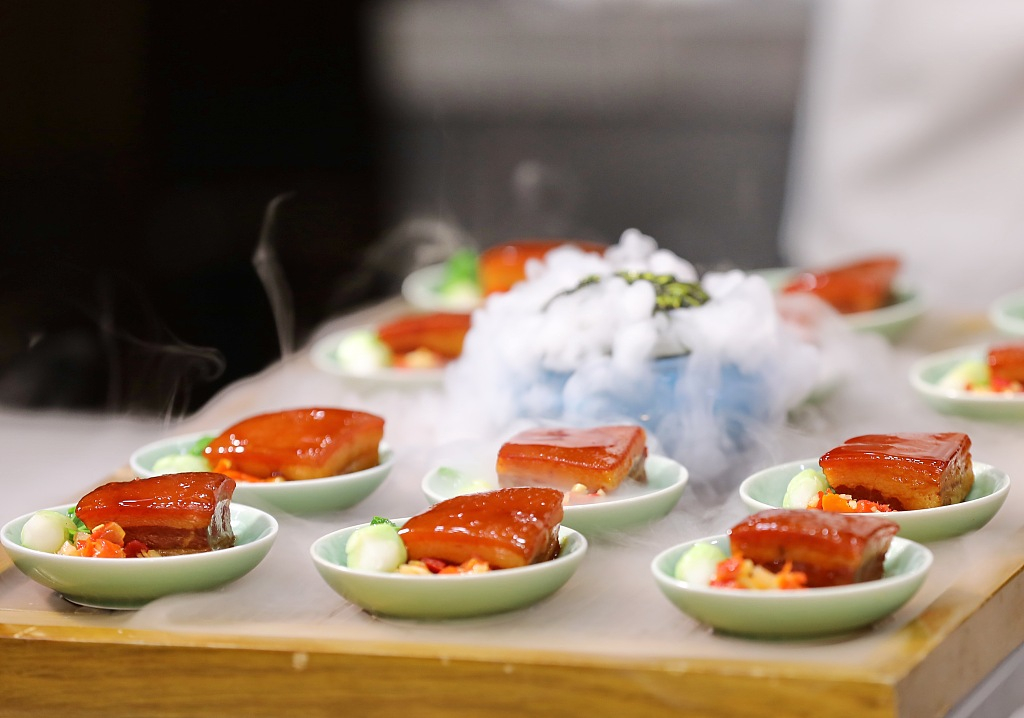 Braised pork is not a Hunan specialty. You can also find it in Zhejiang Province, believed to be the birthplace of Dongpo Pork, another renowned dish and cooking style of braised pork belly in ancient Chinese history.

Hunan-style braised pork has one thing nowhere else have, and another ingredient some other places won't do without.

It has chili but does not use soy sauce.

Without soy sauce to their disposal, people in Hunan created sugar sauce by melting sugar cubes in heated oil, giving the meat the same color as soy sauce does.

Sugar is used in Dongpo Pork as well, but eventually, its chili makes up for another taste. 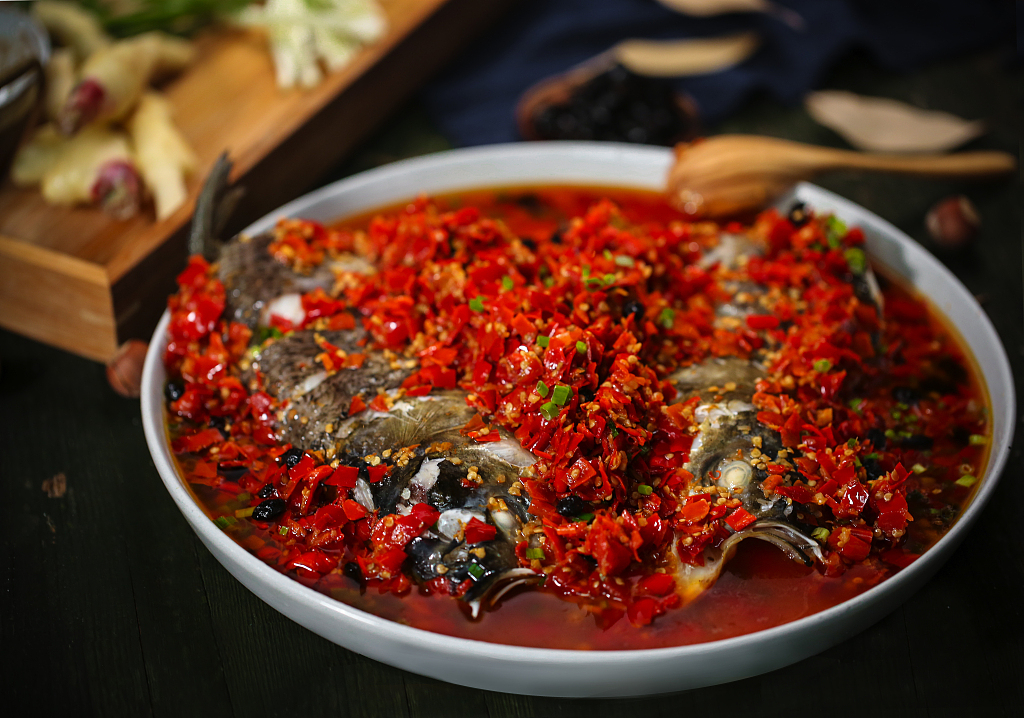 It is said that the dish was accidentally discovered and preserved by an ancient mathematician named Huang Zongxian during the Qing Dynasty. Huang was staying in a farmer's house when passing by a small village in Hunan. The host boiled the fish in plain water with salt and chopped the peppers, serving it as dinner. The dish ended up being very delicious and Huang did not also improve the cooking method but also preserved it.