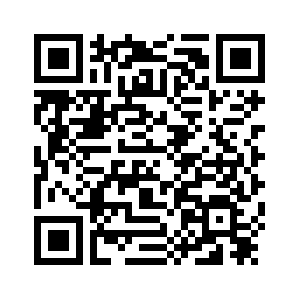 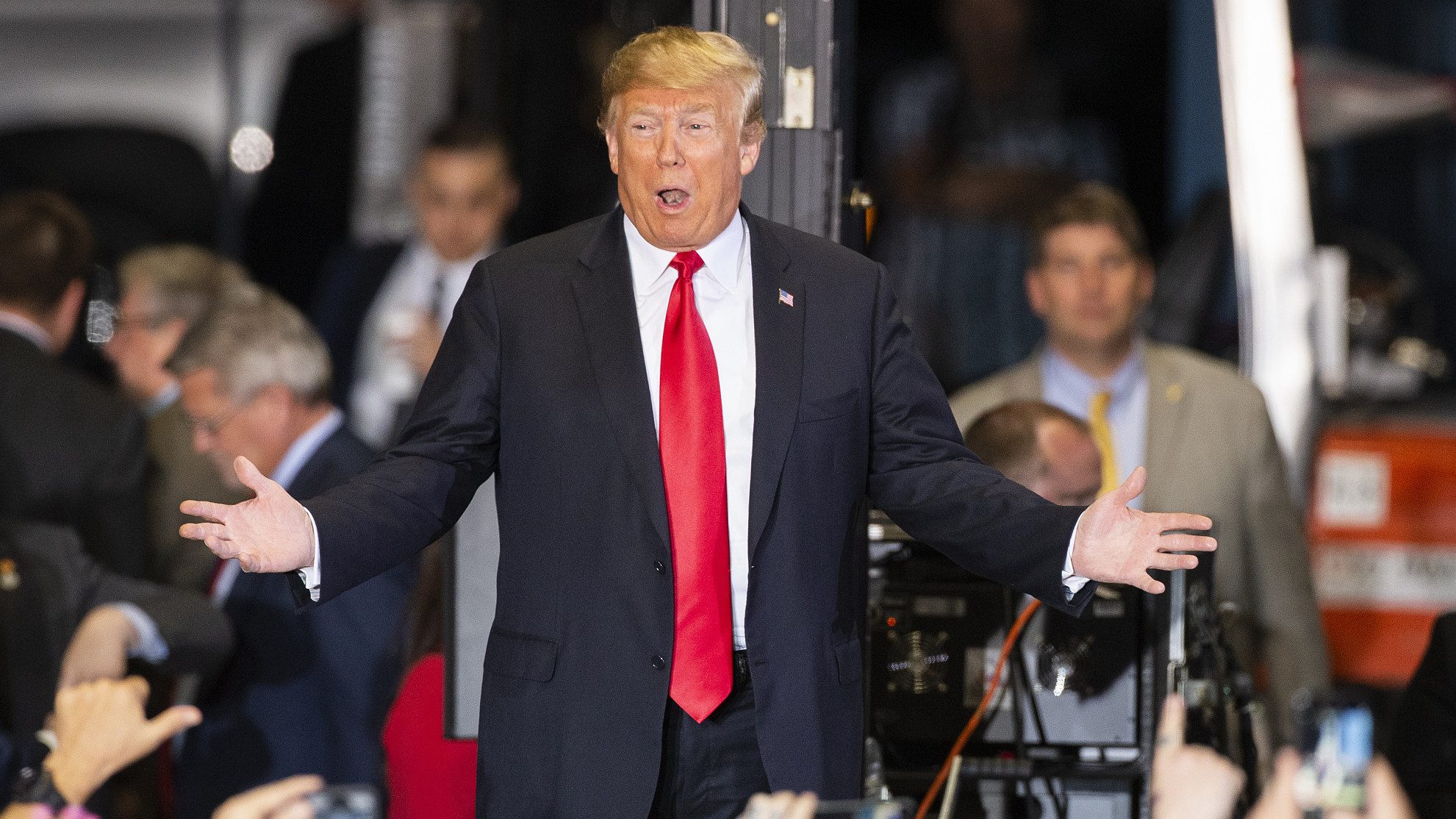 Editor's note: Ken Moak taught economic theory, public policy and globalization at the university level for 33 years. He co-authored a book titled "China's Economic Rise and Its Global Impact" in 2015. The article reflects the author's opinion, and not necessarily the views of CGTN.
China can be forgiven for being “confused” about the US intention and "skeptical" about the idea that the country is attempting to end the trade war, given the mixed signals America is sending.
Trump's "wonderful" telephone conversation, offering to buy Chinese President Xi Jinping dinner in Argentina, and asking his cabinet to draft a trade agreement are "wonderful news".
But his senior cabinet officers, Secretary of State Mike Pompeo and Attorney General Jeff Sessions, are bashing China, respectively calling it a "menace" to the US-imposed world order and accelerating industrial espionage.
White House top economic adviser Larry Kudlow said if a deal cannot be reached to Trump's "liking", the president might escalate the trade war. The Trump administration is also ratcheting up tensions in the South China Sea and the Taiwan Strait.
Further, given Trump's "erratic" behavior, overturning his own policies at a whim cannot be a comfort to China. 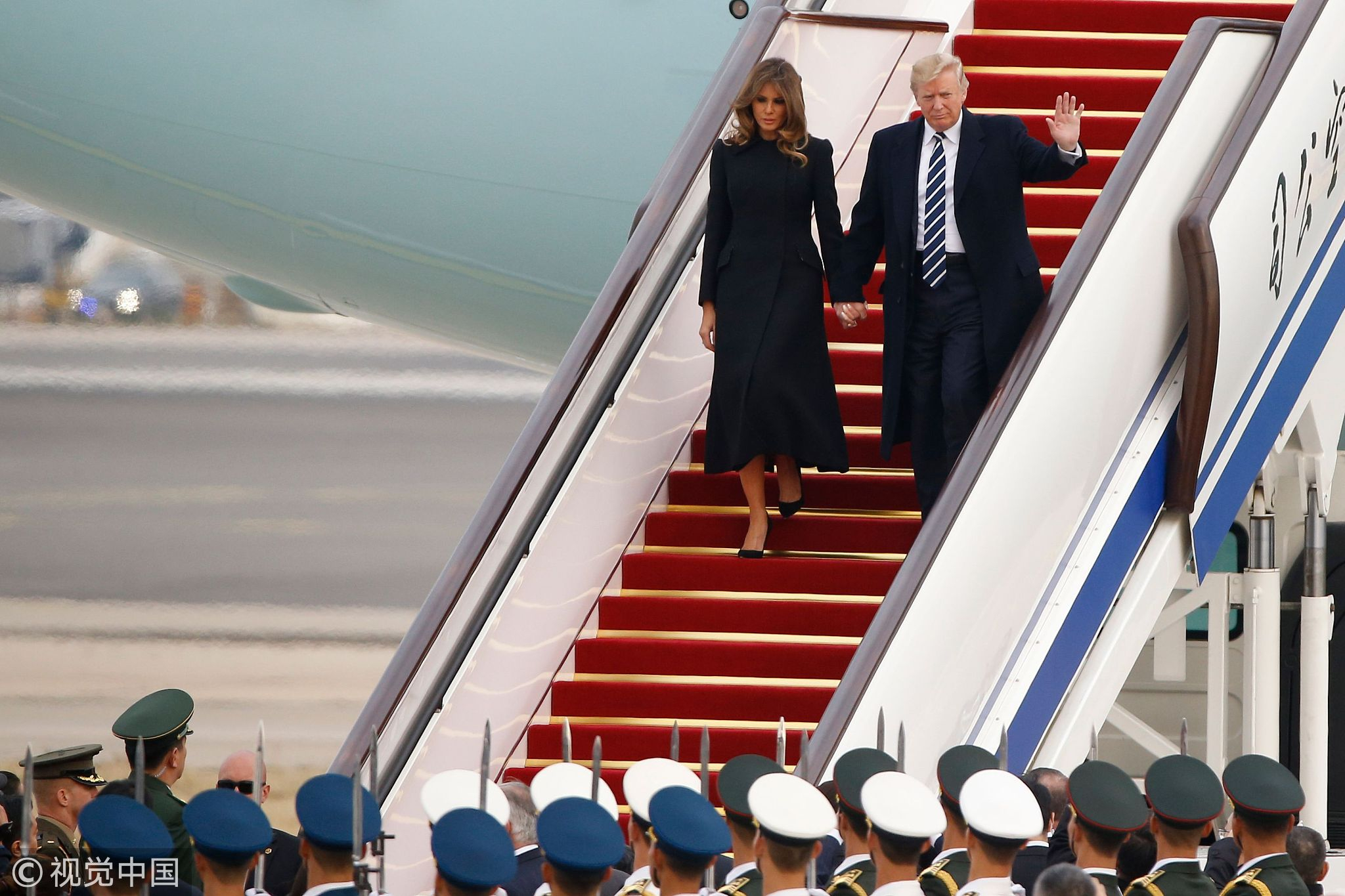 At the early stage of his presidency and during his visit to China last November, Trump vowed to enhance the world's most important relationship. China responded by showering him with over 250 billion US dollars of business deals. But shortly after his return to the US, he made a “U-turn”, declaring China a “revisionist power” and imposing tariffs on over 250 billion US dollars of Chinese imports.
It is therefore hard to tell whether Trump genuinely wants to end the trade war or is simply deploying the "confused if not contradictory strategy" to ease market concerns going into the November midterm congressional election. But he does need real good economic news because his boasting of how good the US economy is under his watch is turning out to be an exaggeration if not "fake".

The trade war is taking its toll

The 4.2 percent second-quarter US economic growth turned out to be a “blip”, which happened mainly because of a surge in agricultural exports before the date when the tariffs took effect. Besides, it was based only on three months' data, from one quarter to the next instead of year-on-year.
The third quarter growth was 3.6 percent, according to the US Department of Commerce. The fourth quarter will most likely record an even lower growth, culminating to a little over 2.5 percent in 2018 and 2019, according to the International Monetary Fund.
Most mainstream economists are predicting the trade war could wreck the global trade and financial systems, which could culminate in a world recession, thanks to the US-inspired supply chain.
Jim Cramer, US-based CNBC host, warned on October 31 of a financial crisis not seen since the 2008 financial crisis if Trump does not drop his tariffs on the Chinese and other countries' goods. Cramer argued that the tariffs were responsible for the US Federal Reserve raising interest rates, surging national debt and volatile stock market prices. 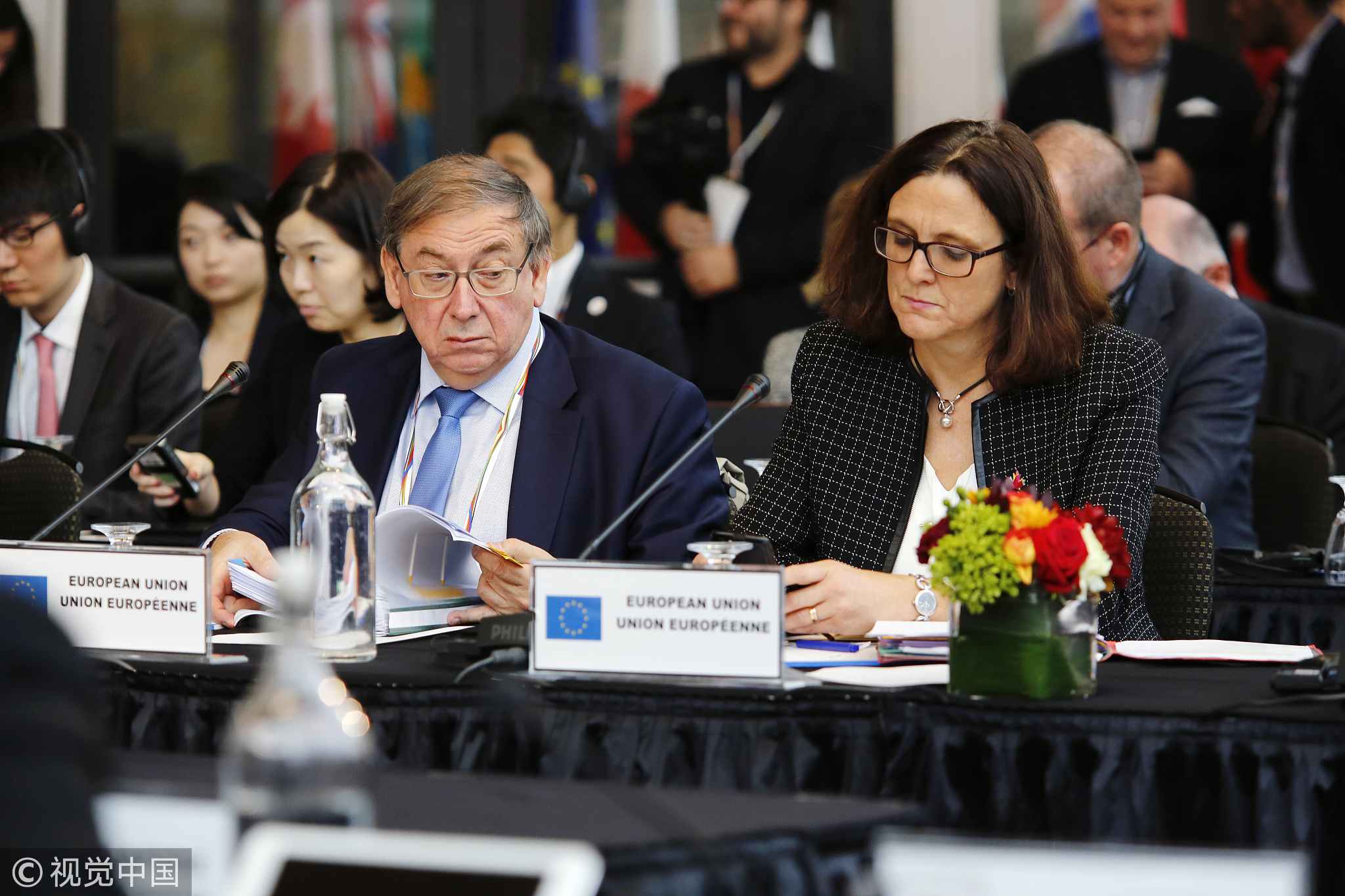 China's economy is also slowing down. If the trade war escalates and persists, the two economies will likely fall even more, dragging the world economy along with them. Worse, the trade war could lead to a military conflict, explaining why fewer and fewer Americans are supporting Trump's trade war with China.

Most of the US businesses and population not supporting trade war

The majority of the US businesses and people are not backing the government over this issue. According to the Chicago Council on Global Affairs and Pew Poll, half of the Americans view China positively, considering it a “partner” rather than a “competitor” and the number is still growing.
Unlike the politicians and government officials, the same polls also revealed that most Americans don't think China is a threat to the US. And over 70 percent of Americans think China is more important to the US today than 10 years ago. In short, most Americans want cooperation and peace with China.
Although the Trump administration “snubbed” the China International Import Expo that is to be held in Shanghai from November 5 to 10, nearly 180 US firms have registered to attend because they could not ignore the lucrative Chinese market.
Not the trade war, too, could put Trump's political fortunes at risk because no US president was re-elected for presiding over a “lousy” economy. 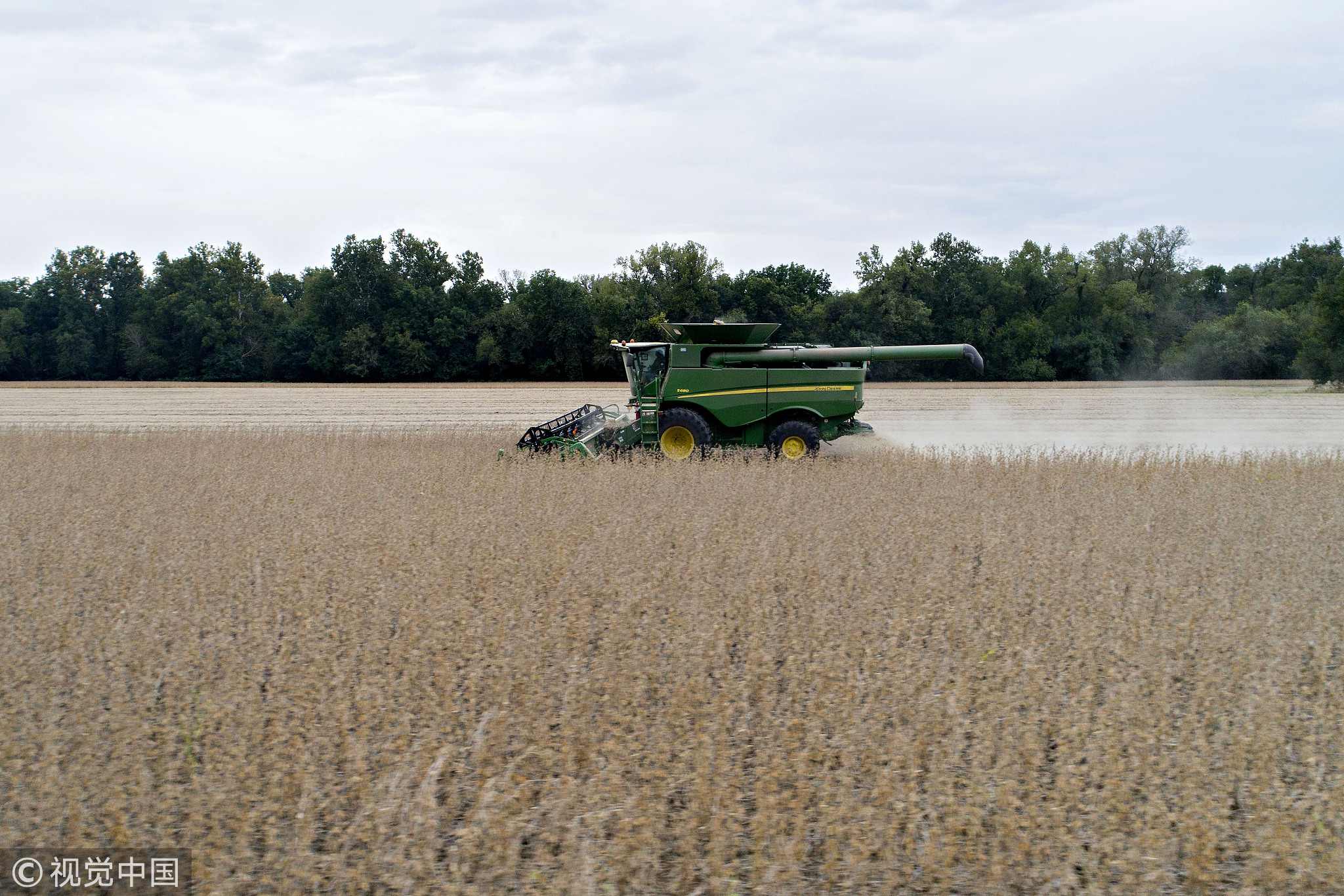 Soybeans are harvested with a Deere & Co. combine harvester in Tiskilwa, Illinois, US, on Tuesday, September 18, 2018. /VCG Photo‍

Soybeans are harvested with a Deere & Co. combine harvester in Tiskilwa, Illinois, US, on Tuesday, September 18, 2018. /VCG Photo‍

Economic reality demands the US ending the trade war, but domestic politics get in the way. The US democracy is flawed because elected officials promote the interests of those who contributed the most to their campaign funds over those who elected them.
For example, instead of heeding people's demands for tougher gun laws over rising numbers of deadly school shootings, Trump and other politicians receiving donations for the National Rifle Association proposed arming teachers in schools.
The military-industrial complex, comprising of arms contractors, the Pentagon and lobbyists, is hugely influential in US politics, donating hundreds of millions of dollars to the Democrat and Republican presidential candidates, which explains why the two parties are "on the same page" on China.
Labeling China an enemy justifies huge defense budgets which ultimately benefit the donors. However, on the other hand, crumbling infrastructure is left unrepaired, education and healthcare services remain underfunded and the numbers of the impoverished and homeless keep rising.
China is unlikely to abandon its “Chinese Dream” stance to “please” Trump. The trade war might not end anytime soon. And even if it does, there is no guarantee the deal would last.
(Cover: President Donald Trump arrives at a campaign rally at the Pensacola International Airport on November 3, 2018 in Pensacola, Florida. /VCG Photo)
(If you want to contribute and have specific expertise, please contact us at opinions@cgtn.com.)