Another Guatemalan child dies in U.S. custody in December
CGTN 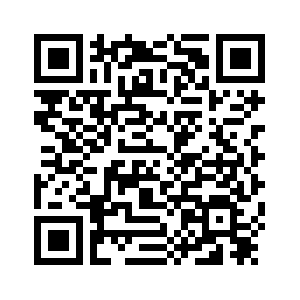 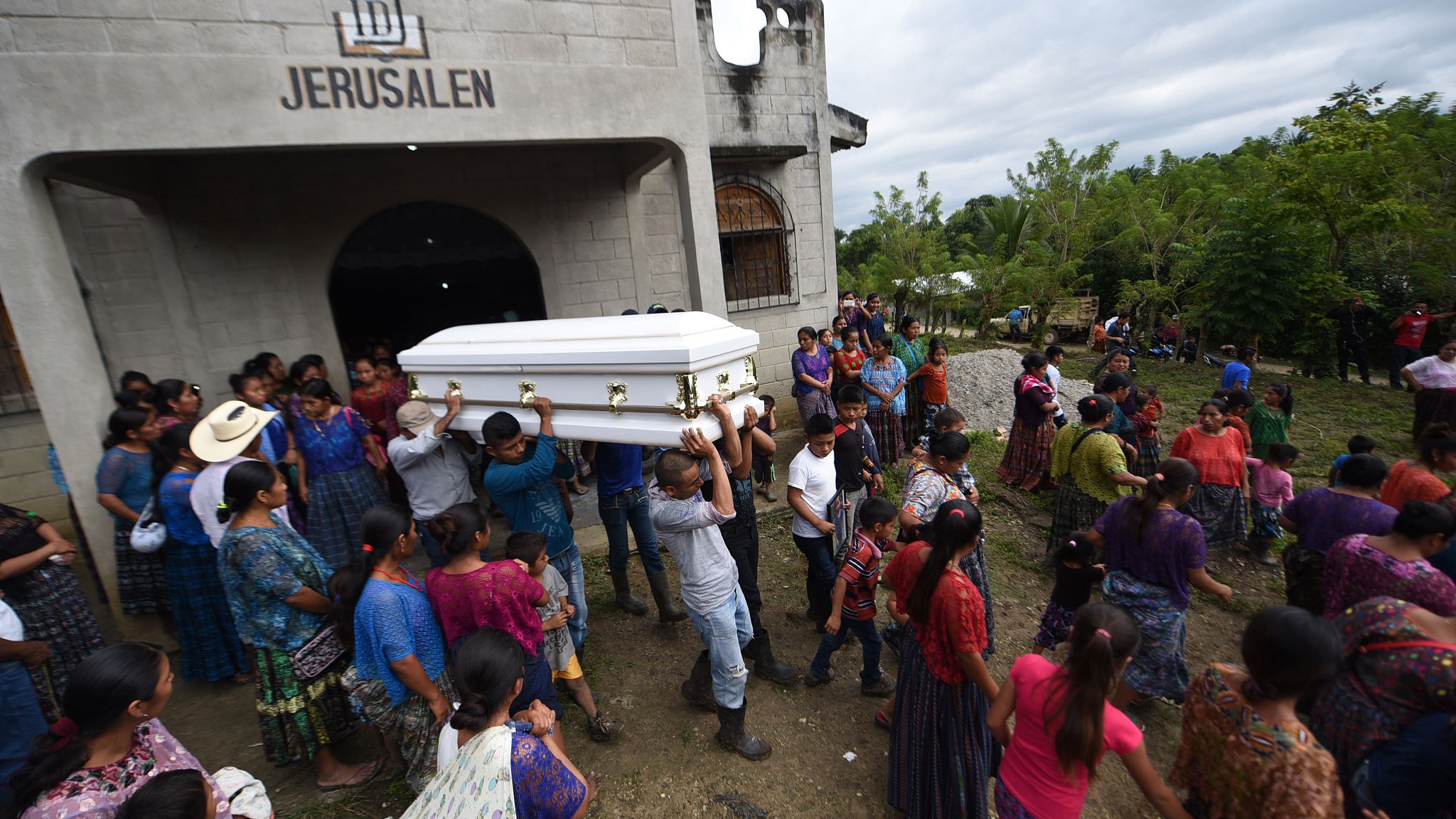 ‍An eight-year-old Guatemalan migrant boy died shortly after midnight on Tuesday after being detained by U.S. border agents, the U.S. Customs and Border Protection (CBP) said, making him the second migrant child this month to die in U.S. detention.
The boy and his father were in CBP custody on Monday when a Border Patrol agent noticed the child showing signs of illness, CBP said in a statement. The father and son were taken to the Gerald Champion Regional Medical Center in Alamogordo, New Mexico, where the boy was diagnosed with a common cold and fever, and eventually released by hospital staff.
But later that evening, the boy began vomiting and was transferred back to the hospital. He died there shortly after midnight, CBP said, adding that the official cause of death is not known.
The father and son were not identified, and the agency said it would release more details "as available and appropriate." Guatemalan officials have been notified of the death, CBP said. 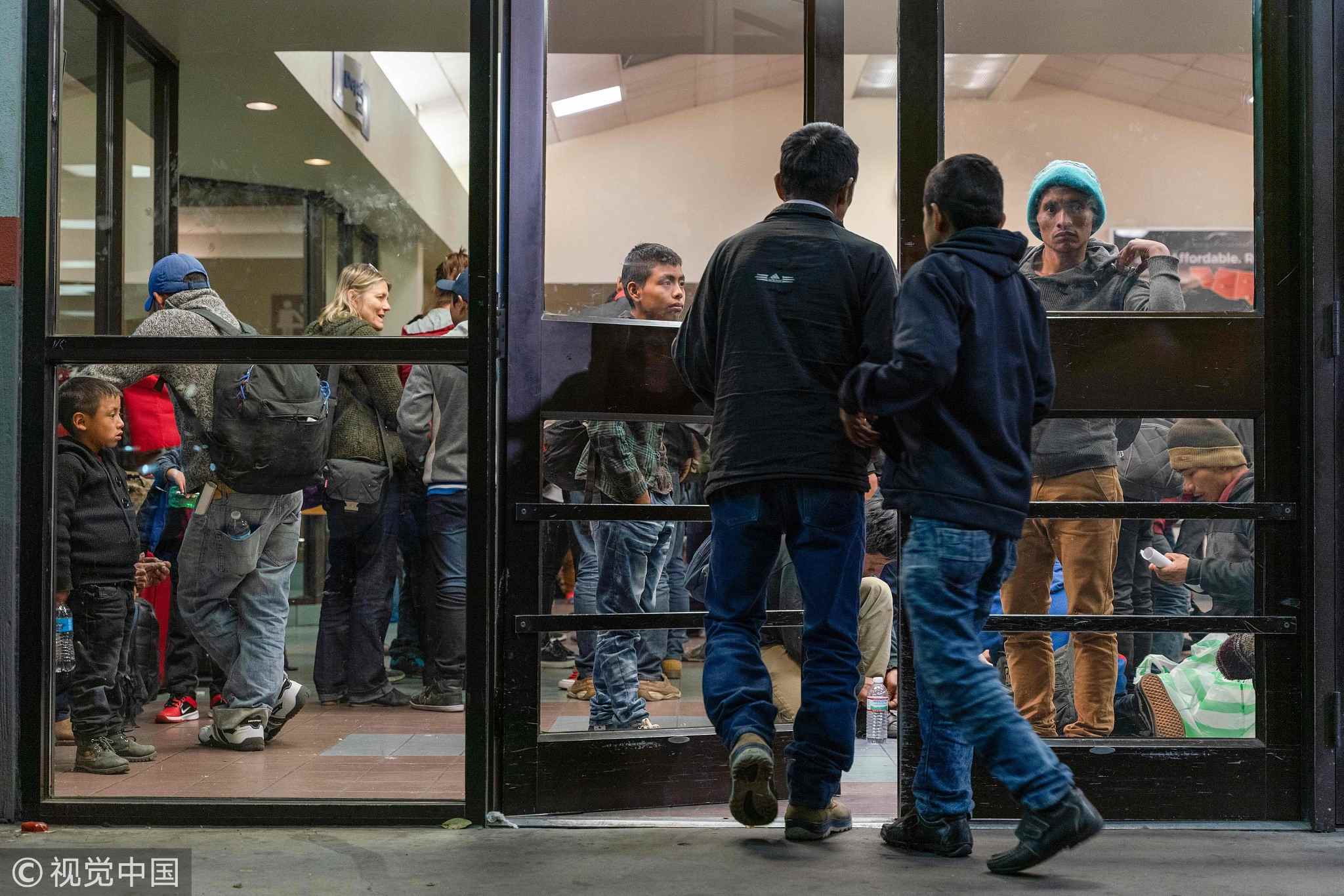 Asylum seekers stand at a bus stop after they were dropped off by Immigration and Customs Enforcement (ICE) at the Greyhound bus station in downtown El Paso, Texas, December 23, 2018. /VCG Photo

Asylum seekers stand at a bus stop after they were dropped off by Immigration and Customs Enforcement (ICE) at the Greyhound bus station in downtown El Paso, Texas, December 23, 2018. /VCG Photo

Guatemala's Foreign Ministry said its consul in Phoenix was seeking to interview the boy's father, to whom it pledged to give all necessary consular assistance and protection. In a statement, the ministry said it also requested medical reports to clarify the cause of death.
According to the ministry, the boy and his father entered the United States via El Paso, Texas, on December 18 and were transferred to a border patrol station in Alamogordo on December 23.
The boy's death followed the death in early December of seven-year-old Jakelin Caal, also from Guatemala. She died after being detained along with her father by U.S. border agents in a remote part of New Mexico.
The Trump administration has tried to deter people from crossing the border between ports of entry illegally to seek asylum, while at the same time restricting legal access to official ports of entry. That has created a months-long wait for asylum applicants, including those who came as part of a large caravan of Central Americans this year. 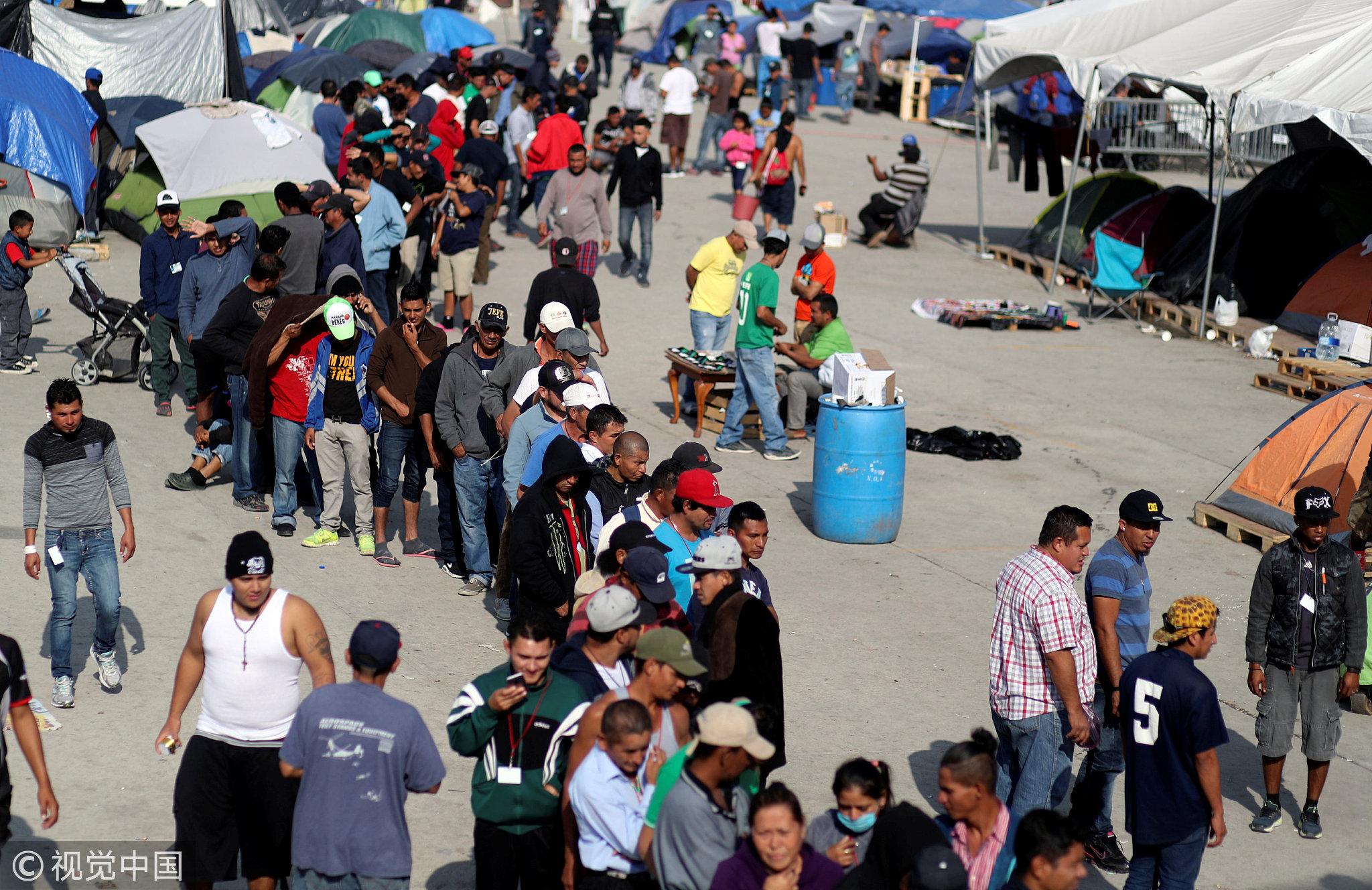 Migrants line up for food distribution as part of Christmas Day celebration outside a temporary shelter in Tijuana, Mexico, December 23, 2018. /VCG Photo

Migrants line up for food distribution as part of Christmas Day celebration outside a temporary shelter in Tijuana, Mexico, December 23, 2018. /VCG Photo

Caal's funeral was being held on Christmas Day in her family's village in Guatemala.
Her death fueled criticism of President Donald Trump's immigration policies from Democrats and migrant advocates. The Trump administration said Caal's death showed the danger of her journey and the family's decision to cross the border illegally.
Her death is being investigated by the Department of Homeland Security's Inspector General, which looks into accusations of misconduct by the agency's employees.
CBP said on Tuesday that the Guatemalan boy's death is being reviewed by the agency's Office of Professional Responsibility, and that the Inspector General has been notified of the death. It was not immediately known if the watchdog would open an investigation into the boy's death.
(Top image: A migrant from Honduras climbs a border fence to cross illegally from Mexico to the U.S., in Tijuana, Mexico, December 21, 2018. /VCG Photo)
Source(s): Reuters