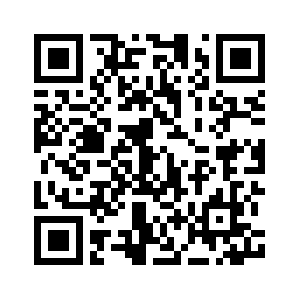 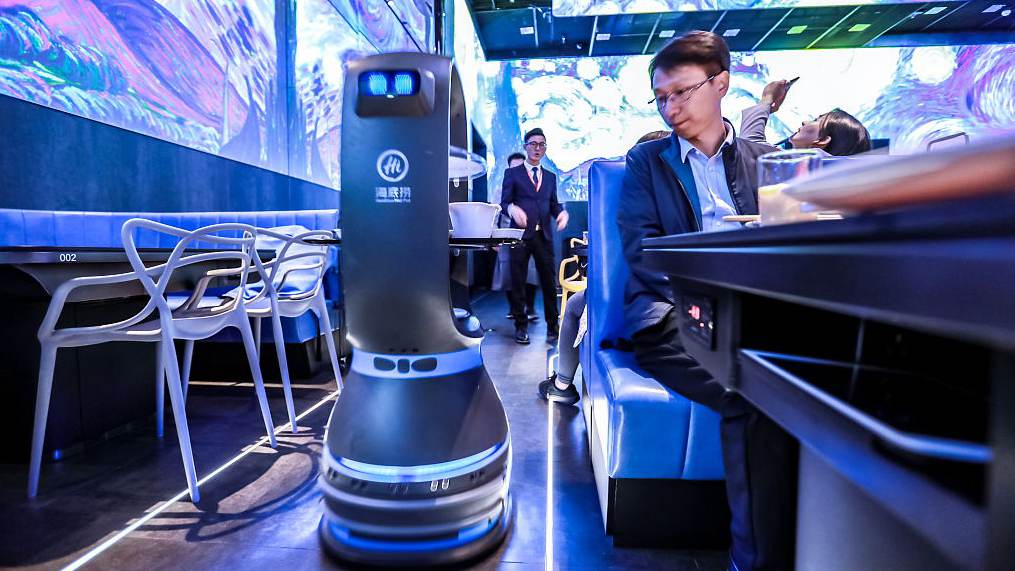 You may not see a human face other than your dining partner at the world's first fully automated hotpot restaurant staffed by robot chefs and waiters that has been opened by Haidilao, a famous Chinese chain.
When you first walk in, the restaurant's waiting area looks just like a movie theater. Sitting there, you can scan the QR code to play video games with your friends and even meet new friends while waiting in the queue.
Entering the dining hall, you can't help but be mesmerized by the changing landscapes on the screen. But watch out, you might get in the way of the six humanoid robots that move back and forth between the kitchen and the eating area.
It takes less than 10 minutes for us to get our dishes from the robot, but when these robots are busy or require certain dishes with ice, that's when the staff step in as these robots still need some help from their human colleagues.
But they're not the only robots here. Once you finish your order, robotic arms get to work preparing it in this cold little room.
The smart project was initiated by Haidilao and the Japanese electronics giant, Panasonic. But it has gone through challenges especially in the beginning.
"Back in 2016, we conducted a lot of research into smart restaurants in Europe and Japan. But we found there was very little to refer to. The restaurants had some smart technology, but not for the whole system. That's why we had to take it step by step on our own," said Zhu Mengyi, head of Haidilao's new technology innovation center.
And it's the changes in the kitchen that Zhu is most proud of. "The biggest innovation here is we've cut nearly 30 percent of our kitchen staff as we've handed some of their jobs to the robots. Inside the kitchen, we also have several monitors to track the information of each dish, like when certain ingredients will expire," said Zhu. 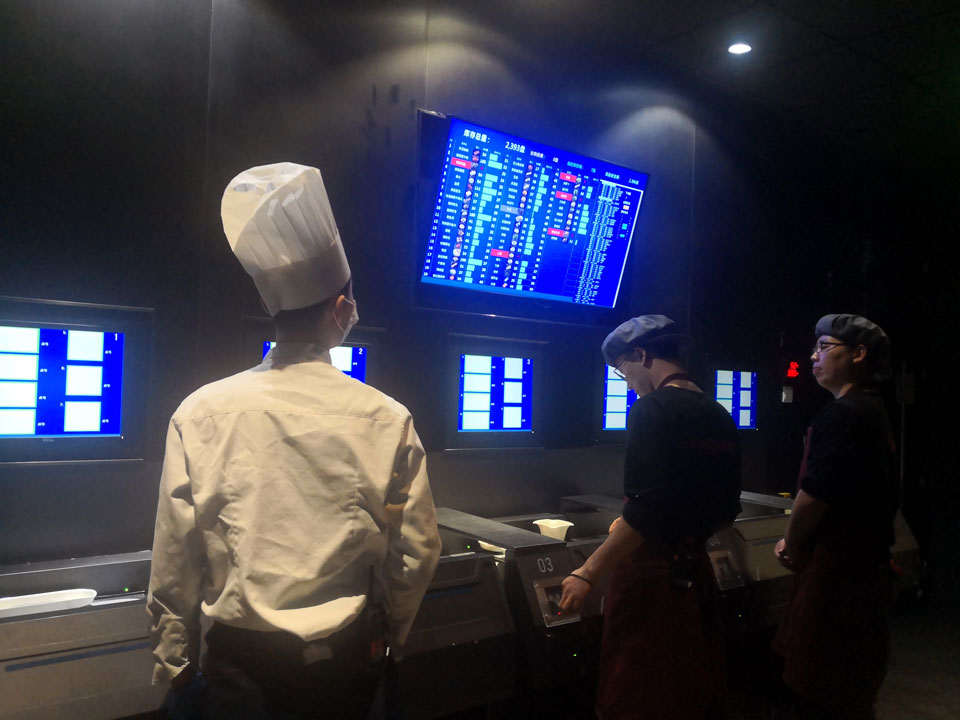 "One of the biggest innovations here is we've cut nearly 30 percent of our kitchen staff as we've handed some of their jobs to the robots." /CGTN Photo

"One of the biggest innovations here is we've cut nearly 30 percent of our kitchen staff as we've handed some of their jobs to the robots." /CGTN Photo

Mr. Zhu adds that the hotpot chain is planning to open two more smart restaurants in Beijing and it's also eyeing expansion overseas.
It's hardly surprising that this kind of unique offering is such a huge attraction for Chinese and foreigners alike.
"I have never heard of the smart restaurant in South Korea, and this is my first experience here. I was so surprised to see robots serving food here," said a South Korean customer.
"It's interesting to see the robots delivering the food. But now, traditional waiters have to take care of both customers and these robots, so I hope they can be smarter and more interactive, like communicating with us one day," said a Chinese diner.
The term "smart restaurant" itself is nothing new itself. At a restaurant launched by E-commerce giant Alibaba in Shanghai, no traditional waiters are serving anymore, just robots. And it's not the first time for me to experience smart service. During my stay in Southern China's Nanning city in December, a robot once delivered goods right to my hotel room.
Luckily, for the robots, they're still in the early stages of their development, so their future seems bright, and it's perhaps the rest of us who should be worrying about job security.
(Huang Rui, Zong Jinyi also contributed to the story)