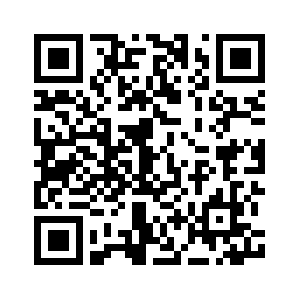 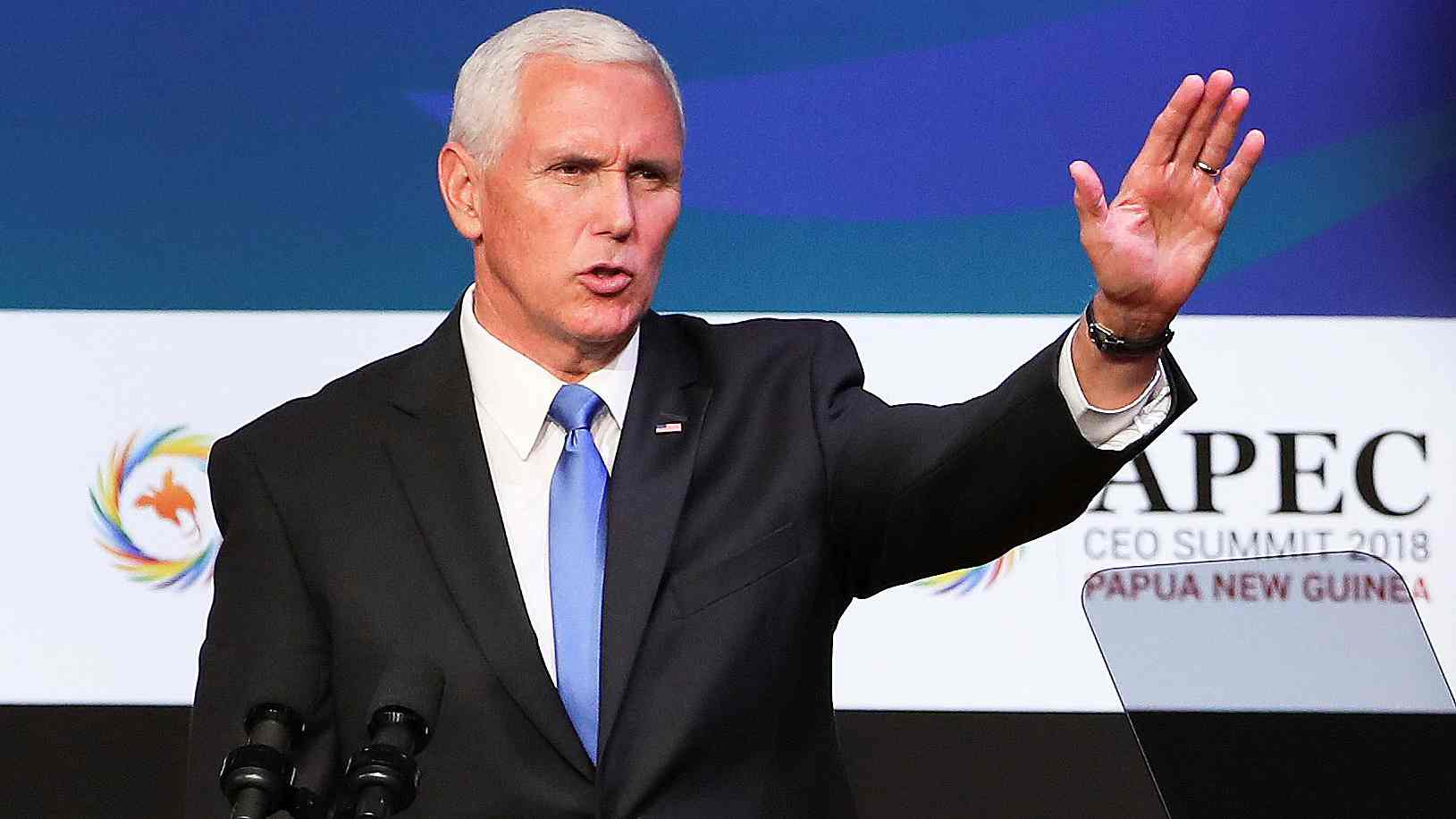 Editor's note: Kong Qingjiang is the dean of the School of International Law at the China University of Political Science and Law. The article reflects the author's opinions, and not necessarily the views of CGTN.
This year's Asia-Pacific Economic Cooperation (APEC) economic leaders' meeting in Papua New Guinea (PNG) has showcased the different styles of leadership of China and the US: while the US forebodes a poisonous message, China helps impart a new inspiration and maintain the momentum for the Asia-Pacific economic integration.
A typical example of how the US tries to lead the Asia-Pacific region relates to the initiative of an Asia Pacific Free Trade Agreement (APFTA) among the APEC economies. It was the US that had been responsible for the initiative but only gave it up later for fear of rising Chinese influence in the region, among others.
What happened next is that the US turned to the Trans-Pacific Partnership with the hope of setting global economic rules for the 21st century (in the words of former President Barack Obama). But yet again, the country withdrew from the partnership later under the Trump administration.
In contrast, China later picked up the initiative as a means to promote regional integration. Throughout these years, it has become an outspoken supporter of regional economic cooperation. For example, China initiated the Belt and Road initiative (BRI) that has far-reaching impacts for the region and the world. 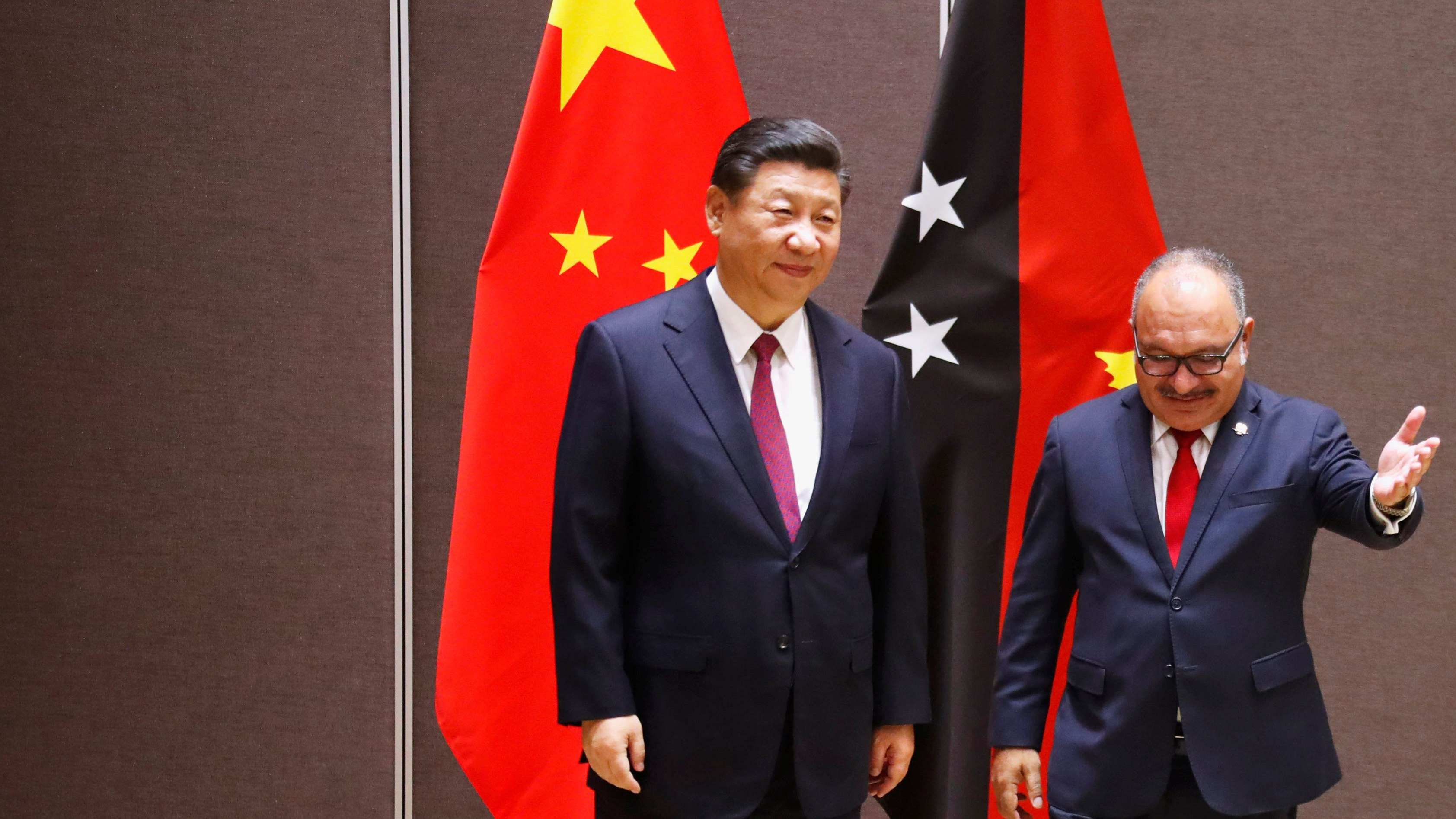 Now as the Trump administration switches to the Indo-Pacific strategy, a shadow was cast on the future of the APEC. This was felt particularly when the US refused to recognize the centrality of the world trading system at the 2017 APEC meetings at Buenos Aires.
At this year's PNG APEC CEO Summit, President Xi Jinping's keynote speech reflected China's vision. He is not only lending support to regional cooperation but also helping to maintain the momentum of regional integration.
In line with China's traditional approach to deal with others, the Chinese president's speech was centered on the theme of cooperation. He highlighted that countries are facing a choice of cooperation or confrontation as protectionism and unilateralism seem to be gaining momentum.
He called on the APEC economies to take an inclusive approach to global economic growth rather than engaging in unilateralism and protectionism. As a concrete step, Xi offered countries in the region a ride on China's economic development train. For him, cooperation is associated with the openness of all economies involved. In this regard, Xi hailed the openness and cooperation between APEC economies.
Also, he reiterated China' s commitment to such openness. This is one of the policy declarations made on a series of international occasions. As the 40th anniversary of China's reform and opening-up policy is around the corner, Xi's speeches are sending increasingly clearer and stronger messages of China's new policy initiatives and harbingering a new wave of opening up in China at a time of uncertainty across the globe. 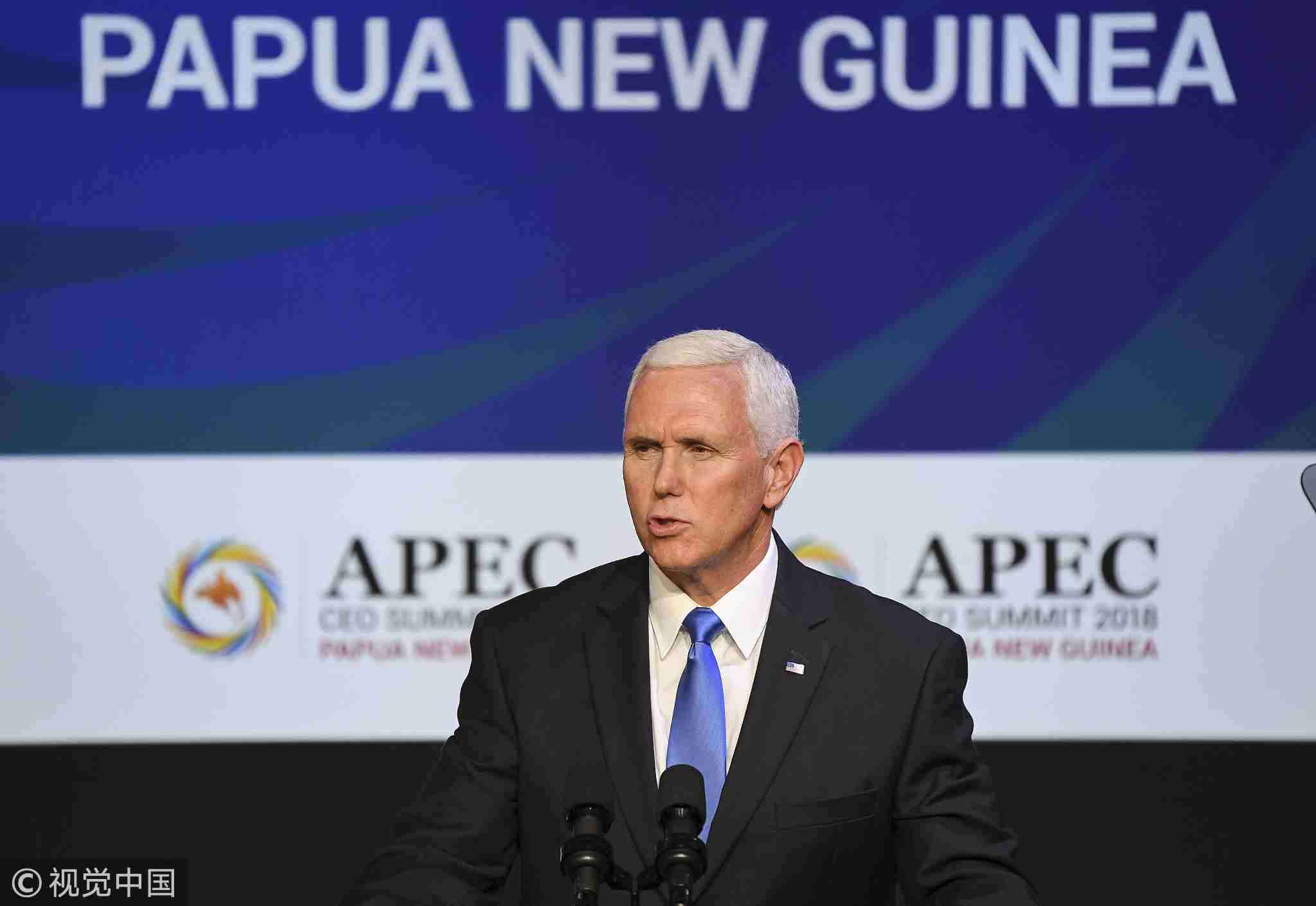 ‍The stagnant regional economic cooperation and integration is in need of new momentum.
While the trade war, which was initiated by the US, is still looming large, the world is looking at the meeting between Chinese and US presidents, which is scheduled during the upcoming G20 Summit. The Xi-Trump meeting is expected to shed light on the question of whether the trade war can be ended, which is going to impact the future of the world trade order. Against this background, the message embodied in President Xi's speech in a way can be read as part of China's offer on the negotiation table during the upcoming summit.
In stark contrast, Pence did not miss any opportunity to attack China. No doubt he is a hero in the eyes of his domestic supporters. In his speech at the APEC CEO Summit, he not only repeated his October 4 accusation against China's ‘mercantilist' trade policy and ‘intellectual property theft', which laid out the newly emerging hawkish US strategy towards China, he even threatened there would be no letup in President Donald Trump's policy of combating China.
Unlike Chinese president's kind offer of aid and loans for infrastructure projects to the host of the APEC 2018, Pence announced the US would be involved in a plan to jointly develop a naval base in PNG with its ally Australia. The US plan is anti-productive and thus poisonous to the regional cooperation and unity.
(If you want to contribute and have specific expertise, contact us at opinions@cgtn.com)