In an age of Globalization 4.0, no country can stand aloof
Wang Huiyao 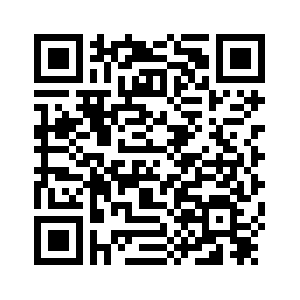 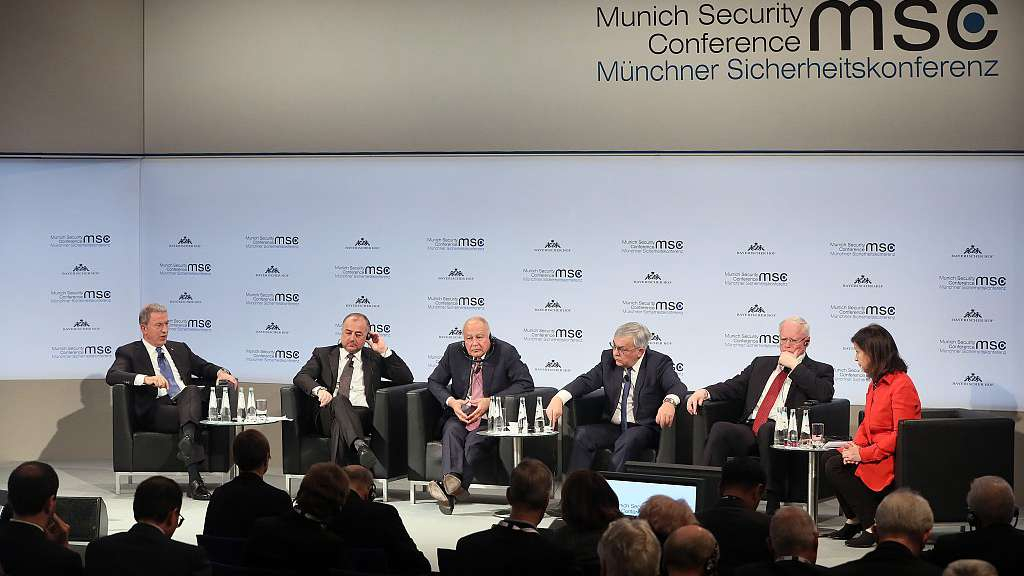 Editor's note: Wang Huiyao is founder and president of the Center for China and Globalization. The article reflects the author's views, and not necessarily those of CGTN.
The 55th Munich Security Conference was held from February 15 to 17. This conference, known as “Davos in the defense field,” has now developed into one of the important annual forums in the field of international strategy and security. It is an important platform for senior defense officials and experts of various countries to state their positions and exchange views on major international security issues.
This year, as many as 500 guests, including nearly 40 heads of state and government and nearly 100 ministers, participated in the grand gathering. The scale and scope of the forum reached new heights.
As the only representative of an independent think tank from China, I was also invited to speak at the main forum of the conference. I also participated in the global dialogue session themed with “Reshuffling the Pieces: Building a New Multilateral Order” and discussed with the participants the development of the future national order.
Challenges and chances 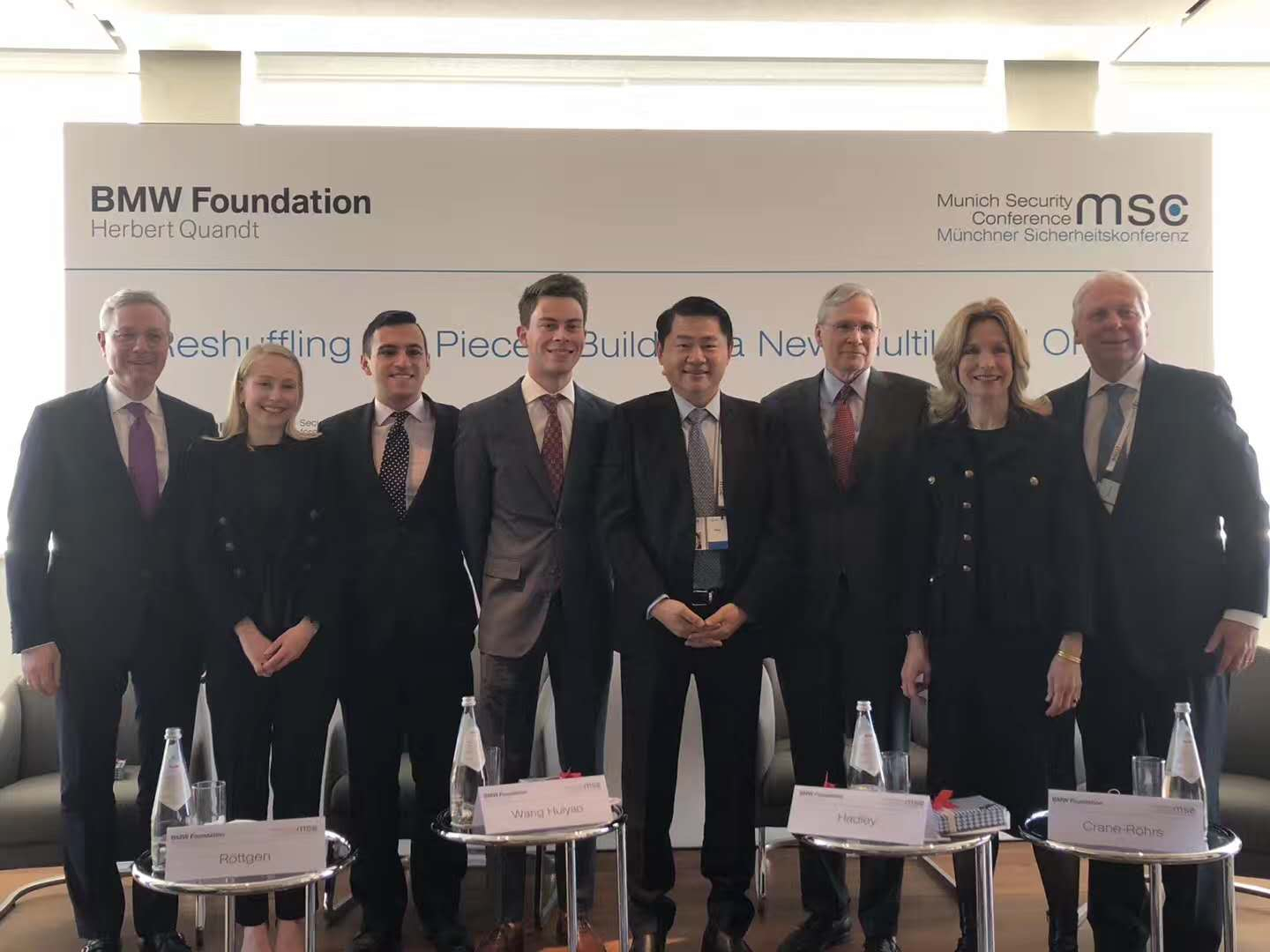 Wang Huiyao (4R), director of the Center for China and Globalization is at the 55th Munich Security Conference. /Photo by Wang Huiyao.

Wang Huiyao (4R), director of the Center for China and Globalization is at the 55th Munich Security Conference. /Photo by Wang Huiyao.

In 2019, new changes have taken place in the world economy and uncertainty has increased: declining global growth momentum, greater possibility of a lower growth rate of the world economy, and a slowdown of global trade. Moreover, “black swan” events such as Brexit and the U.S. government “shutdown” keep popping up, adding to the turbulence.
In addition, due to uneven wealth distribution, inequality between countries and different social classes has widened and communities have fallen apart. The anti-globalization sentiment caused by the industrial outsourcing in developed countries has also cast a shadow on the global trade system and sparked distrust of globalization including among mainstream western countries.
The global trade system is facing challenges, but we also need to see opportunities.
To begin with, multilateral free trade is still the standard on which the international community relies at present. Emerging countries, including China, uphold trade liberalization and actively promote economic globalization.
Secondly, despite the sluggish global economy, the GDP and imports and exports of China and other countries are still strong, and this plays a significant role in driving global growth.
Thirdly, the CPTPP (Comprehensive and Progressive Agreement for Trans-Pacific Partnership) came into effect recently. Its strict requirements on the service industry and intellectual property rights not only set a new precedent for the global trade system, but also provided experience for WTO reform.
What should we do in the age of Globalization 4.0？
First of all, all countries should strengthen cooperation and work together to build a new trade system by prioritizing partnership over competition. Despite the rise of trade protectionism, global trade and multilateralism will remain the mainstream in the future and economic globalization will continue.
Under the increasing pressure of the global economic downturn, countries should strengthen cooperation and change from being competitors to partners rather than just seek self-protection through trade protectionism and heavier tariffs.
Secondly, the new global trade system should pay more attention to the development of service trade. The service industry is as important as manufacturing in the global economy and is becoming more and more important for economic growth in many countries. 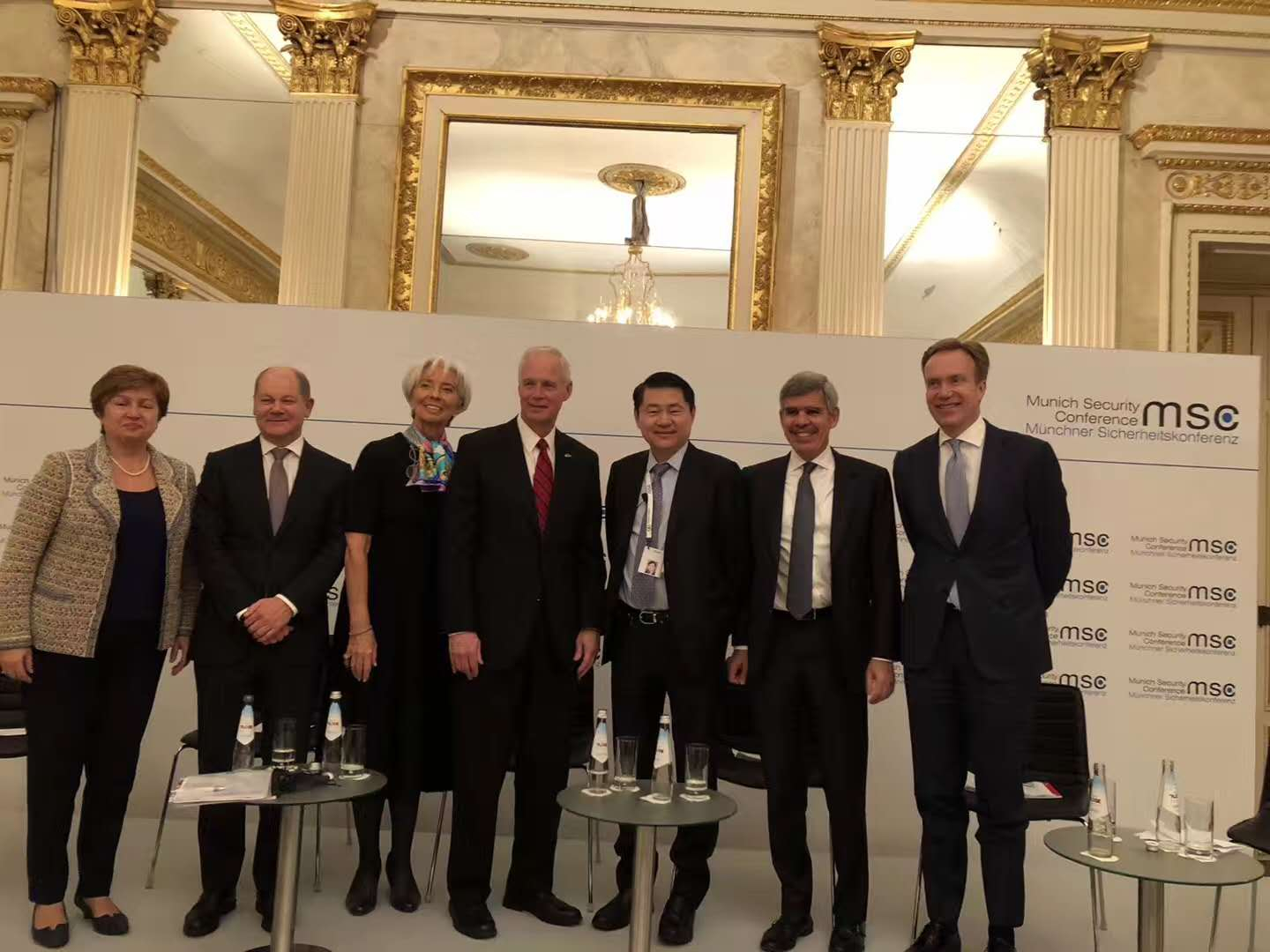 Wang Huiyao (3R), director of the Center for China and Globalization, joins delegates at the 55th Munich Security Conference. /Photo by Wang Huiyao.

Wang Huiyao (3R), director of the Center for China and Globalization, joins delegates at the 55th Munich Security Conference. /Photo by Wang Huiyao.

Trade in services already accounts for one-fifth of global exports, and the share is still rising. It is necessary to tap into the potential of the global service trade, which, it can be said, is linked to the health of the world economy. The service industry may indeed become a major driver of global trade.
Thirdly, countries should maintain and strengthen multilateral mechanisms and reform existing ones. In particular, the reforms of institutions such as the IMF, World Bank and WTO need to be carried out urgently. Among them, WTO reform needs to improve the procedures for its “consensus” principle and plurilateral agreements can be used instead of multilateral agreements to improve the efficiency of negotiation and implementation.
WTO reform should give full consideration to the demands and capacity of developing countries and strive to find a win-win solution for both sides of differences. The WTO should keep pace with the times and bring emerging items such as IT and digitalization, which are beyond the scope of traditional trade represented by trade in goods and tariffs, into the trade framework.
China's role
In the process, China will play a crucial role. As the world's second largest economy, China's GDP reached over 90.03 trillion yuan in 2018, and the total imports and exports of goods for the whole year amounted to 305.5 billion yuan, up 9.7 percent from the previous year. For the first time, the total trade volume exceeded 30 trillion yuan, a record high. The goals of increasing the trade volume, optimizing the trade structure and stabilizing imports and exports have been achieved. Journalists in the press center at the Munich Security Conference in Munich, Germany, on February 18, 2017‍. /VCG Photo.

Journalists in the press center at the Munich Security Conference in Munich, Germany, on February 18, 2017‍. /VCG Photo.

The Belt and Road Initiative brings new opportunities to global trade by pushing for greater openness in the world and putting forward China's vision of a new global trade system. China continues to advance the Belt and Road and provide new impetus for global economic growth by expanding investment in infrastructure and other areas, increasing opportunities for trade and industrial cooperation among countries, and expanding aggregate demand and employment.
China continues to open up to the rest of the world by greatly expanding market access, creating a more accommodating investment environment, strengthening the protection of intellectual property rights, and actively expanding imports. China is making greater efforts to contribute to global growth through practical actions, thus providing a strong drive for the establishment of a new trade system.
The reform of the global trade system will not happen overnight. Only through the concerted efforts of all parties can it be possible. In an age of Globalization 4.0, no country can stand aloof. Only by strengthening future cooperation can a new global trade system be jointly shaped, thus laying the foundation for global economic growth.
(If you want to contribute and have specific expertise, please contact us at opinions@cgtn.com.)