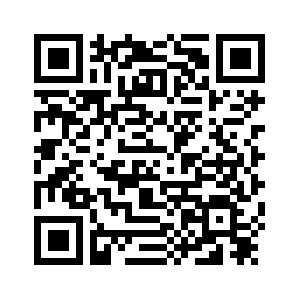 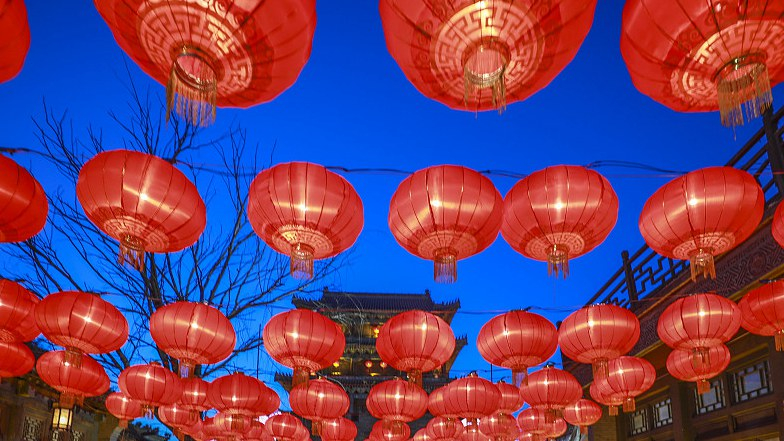 Editor's note: The following is an edited translation of a commentary from the Chinese-language "Commentaries on International Affairs' published on China Plus on February 9, 2019.
Spring Festival, or Chinese lunar new year, has become a “buzz word” in overseas media reports in recent days.
World leaders have sent their best wishes. Many landmark buildings around the world have donned the red color to mark the occasion.
The Spring Festival gala show run by China Media Group was rebroadcast by over 200 media organizations.
The NBA games in the United States even staged lion and red lantern dances during their commercial breaks.
The Prime Minister of Denmark, Lars Loekke Rasmussen, in extending his New Year greetings to the Chinese people said: “The Year of the Pig is said to be good for investing and making money. I think this will be true for both China and Denmark. So let us keep investing and trading for mutual benefit.” 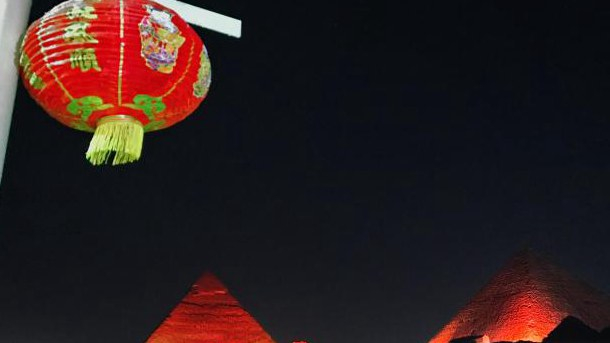 The Pyramids of Giza in Cairo were lit up to celebrate the Chinese New Year, February 2, 2019. [Photo: China Plus/Mi Chunze]

The Pyramids of Giza in Cairo were lit up to celebrate the Chinese New Year, February 2, 2019. [Photo: China Plus/Mi Chunze]

The Spring Festival not only conveys to the world the Chinese tradition of seeking harmony, family reunion, and jubilation but also serves as a means for the world's second-largest economy to interact with the world.
And that interaction is underpinned by a growing Chinese economy at a time of global downturn.
China's aggregate economic volume topped 90 trillion yuan for the first time in 2018.
Per capita disposable income in the country grew by 6.5 percent after deducting pricing factors, reaching 28,228 yuan (4,188 U.S. dollars).
Higher incomes have brought a greater sense of happiness, fulfillment and security for the Chinese people. Overseas traveling, for example, has become a popular way for many families to spend the lengthy Spring Festival holidays. 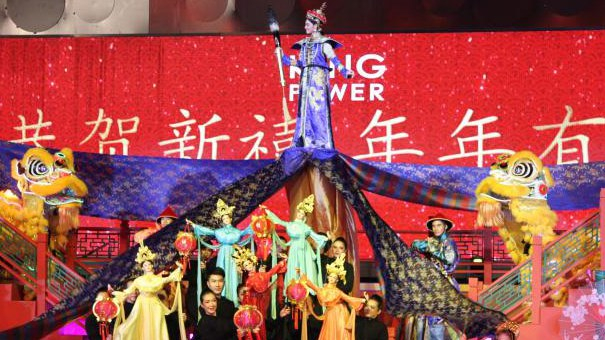 Countries in Asia, such as Thailand, Japan, and Indonesia, have become some of the hottest destinations for Chinese, who will make an estimated 7 million trips overseas during this year's Spring Festival holiday, a 15 percent year-on-year increase.
Olivia Ruggles-Brise, director of policy and communications at the World Travel & Tourism Council, noted that tourist destinations like Bangkok and Jakarta that are close to China geographically are also benefitting from the growing number of Chinese people who are able to afford traveling abroad.
"The degree to which the Chinese traveler is becoming increasingly sophisticated is changing," James Riley, CEO of the Mandarin Oriental hotel group, has been quoted as saying. "Once upon a time the Chinese traveler actually simply wanted to buy things … now they are moving more towards experiences."
To cater for the Chinese demand for such upgraded traveling experiences, tourist agencies in Japan have designed packages that include Japanese cuisine, a tea ceremony, Ikebana, and Sumo, to ensure Chinese travelers get a flavor of indigenous Japanese culture.
Thailand has announced an extension of the waiver on the visa-on-arrival fee from January to the end of April for Chinese tourists, who can also now enjoy special channels at airports upon arrival and experience immersive tourism in the country.
Some shops in Indonesia have even been offering Chinese tourists hongbao, a traditional Chinese gift of money presented in a red envelope. 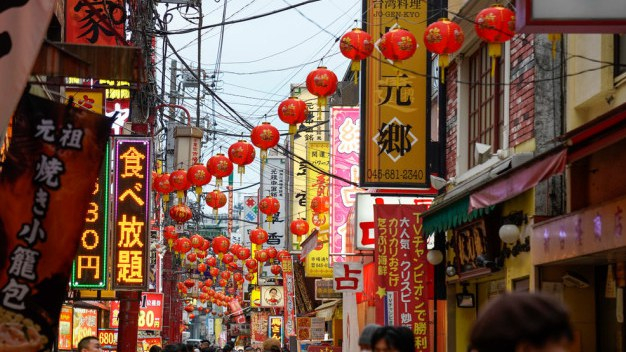 There is no doubt that tourism has become one of the most powerful driving forces for global economic growth against the background of a weaker-than-expected recovery in the world economy.
In 2018, the number of global tourists reached a record 1.4 billion, two years ahead of the World Tourism Organization's forecast.
China has contributed to a steady growth of passenger flow.
In 2014, for the first time, more than 100 million outbound trips were made by Chinese tourists; by last year, the number had reached 140 million, with Chinese tourists visiting 157 countries and regions.
Since 2013, China has become the world's largest source of outbound tourists for five consecutive years.
The economic contribution of Chinese tourists to destination countries should not be underestimated.
Last year, the number of Chinese tourists to Indonesia reached nearly 2 million, making China the country's largest source of foreign tourists.
Indonesian Tourism Minister Arief Yahya said that Chinese tourists spend an average of more than 1,100 dollars per trip, providing a stable source for Indonesia to increase its foreign exchange earnings.
According to data from the United Kingdom, Chinese tourists spent more than 900 million dollars in 2017 in the UK, which is 35 percent more than the number for the previous year.
The UK Tourism Board has positioned China as "the most valuable source of tourists in the world."
While providing the world with the largest source of tourists, China is also one of the biggest potential tourism markets in the world.
In the annual Cities Report issued by the World Travel & Tourism Council (WTTC) last year, among the 72 tourism cities around the world showcased, Beijing, Shanghai, and Shenzhen have all made the top ten list. 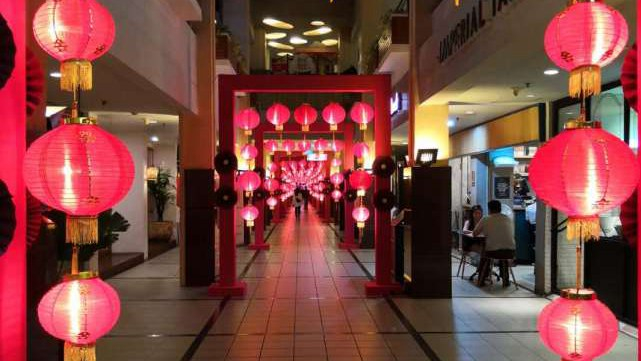 Meanwhile, in the new slew of measures promoting further and better opening up, tourism, as a part of the trade in services, has also become a key area.
For instance, since July 1 last year, China has introduced new measures promoting tourism in 17 provinces and cities, including Beijing.
The measures include exploring a feasible visa policy for overseas medical treatment seekers in China, implementing a six-day (144-hour) transit visa-free policy in certain areas, improving regulatory measures for cross-border self-driving tours, allowing overseas travel agencies to cooperate with Chinese enterprises, and developing more self-driving travel products.
In promoting the construction of free trade ports, China has proposed the building of Hainan Island into an international tourism consumption center.
All the above mentioned will serve as efficient platforms for win-win cooperation between China and countries around the world.
The Chinese New Year outbound travel craze has meanwhile raised the curtain on the "China-Laos Tourism Year 2019," "2019 China-New Zealand Year of Tourism" and "China Pacific Tourism Year 2019."
In the context of globalization, Chinese people around the world are not only experiencing and learning different lives and cultures but are also demonstrating their own thoughts, vitality and confidence to the outside world.
(If you want to contribute and have specific expertise, please contact us at opinions@cgtn.com)