CIIE: A commitment to further opening up
Geng Nan 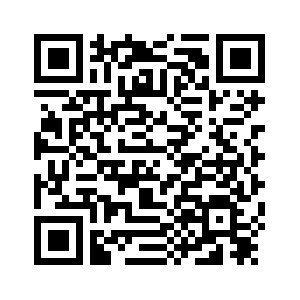 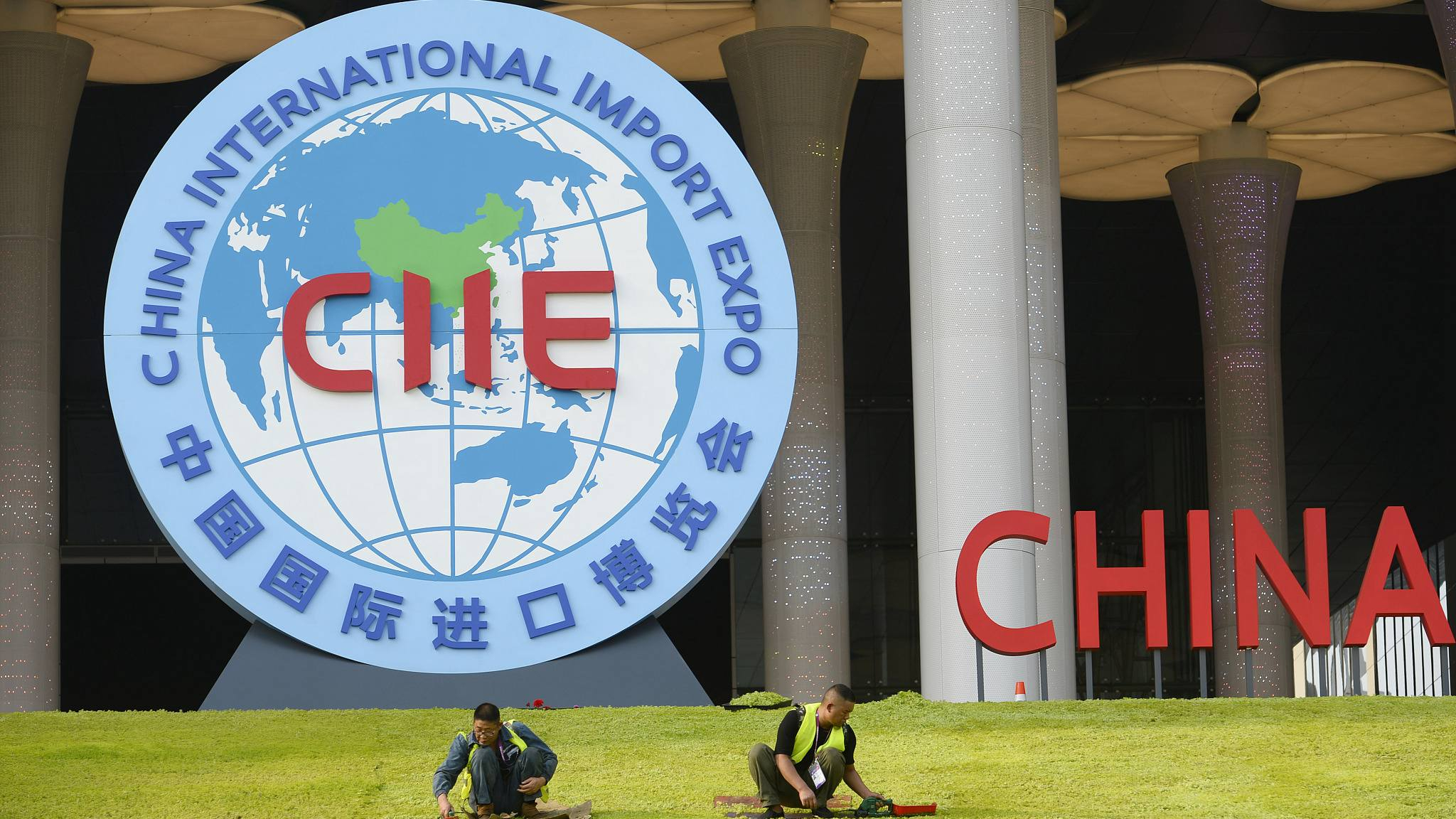 Editor's note: Geng Nan is an associate research fellow at Chinese Academy of International Trade and Economic Cooperation. The article reflects the author's opinions, and not necessarily the views of CGTN.
The first China International Import Expo (CIIE) will be held in Shanghai from November 5-10, 2018. It is also the world's first import-oriented national exhibition and a pioneering event in the history of international trade.
It was announced by President Xi at the Belt and Road Forum for International Cooperation in May 2017 that China will hold CIIE starting from 2018. CIIE shows China's commitment to further opening up to the world and contributes to building an open world economy and a community with a shared future for humanity. 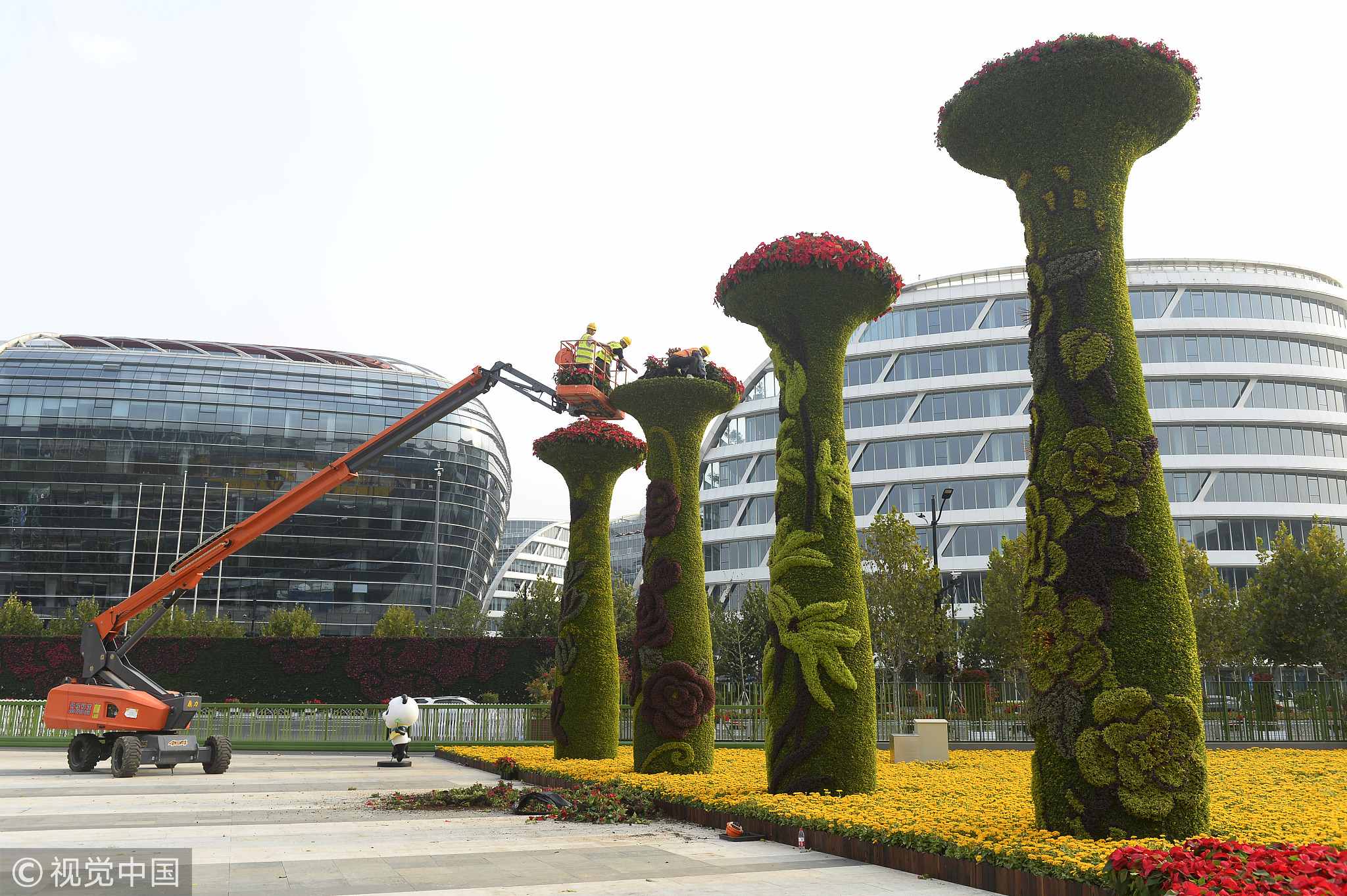 This year marks 40 years since China started its reform and opening-up policy. In the new era, China has adopted measures to expand imports, including holding the upcoming CIIE. The increase of imports can provide consumers with more diverse choices and promote consumption upgrading. It can also contribute to industrial restructuring and upgrading, especially by introducing advanced technology and equipment, key components and high-end productive services.
As President Xi pointed out in his keynote speech at the Boao Forum for Asia Annual Conference 2018, China's economic development in the past 40 years has been achieved under open conditions, and the realization of high-quality economic development in the future must also be achieved through opening up.
CIIE can help to improve the business environment. China has introduced a number of policies and measures in order to make the exposition successful, including customs clearance facilitation, service guarantee and so on. The exposition can especially help strengthen the protection of intellectual property rights.
During the exposition, on-site consultation and intellectual property rights protection services will be provided; after the exposition, specific problems and obstacles can be solved by getting feedback from the companies. By doing so, China will strive to create a fair trade environment and safeguard the interests of enterprises. 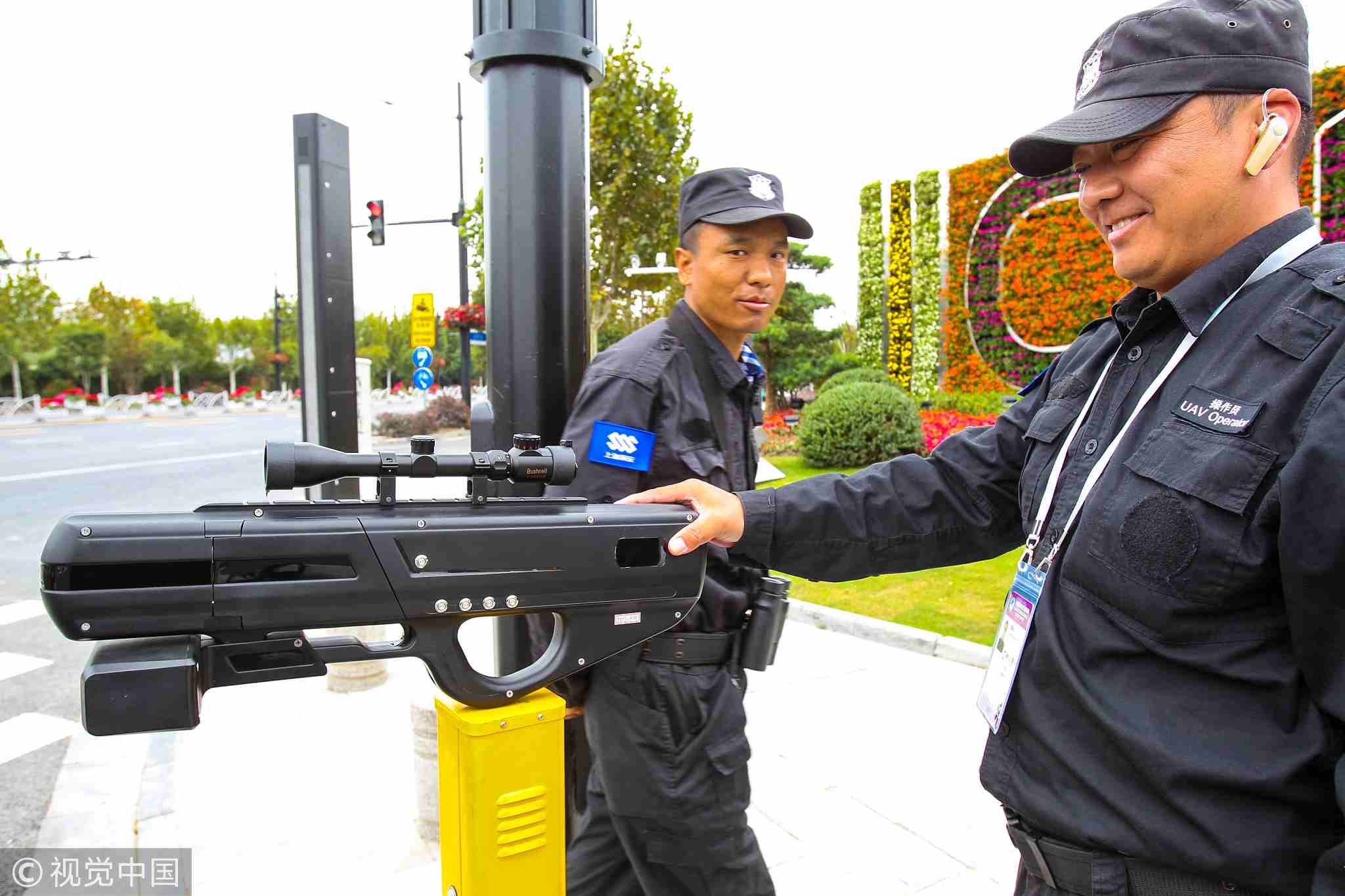 CIIE is conducive to safeguarding the multilateral trading system and promoting the construction of an open world economy. Since the international financial crisis, economic globalization has experienced twists and turns. At present, unilateralism and protectionism are rising and the multilateral trading system has been challenged. Against this backdrop, it is of far-reaching significance to hold such an exposition.
CIIE includes an exhibition and forum, as well as on-site supporting events. Up to now, 82 countries and three international organizations have set up 71 booths in the country pavilion, and more than 3,000 companies from more than 130 countries have signed up for the business exhibition, which indicates that the exposition and China's effort to build an open world economy is widely welcomed.
On this platform, the participating international organizations, governmental officials and business community can deliver to the world their support of trade liberalization and economic globalization, and the multilateral trading system. 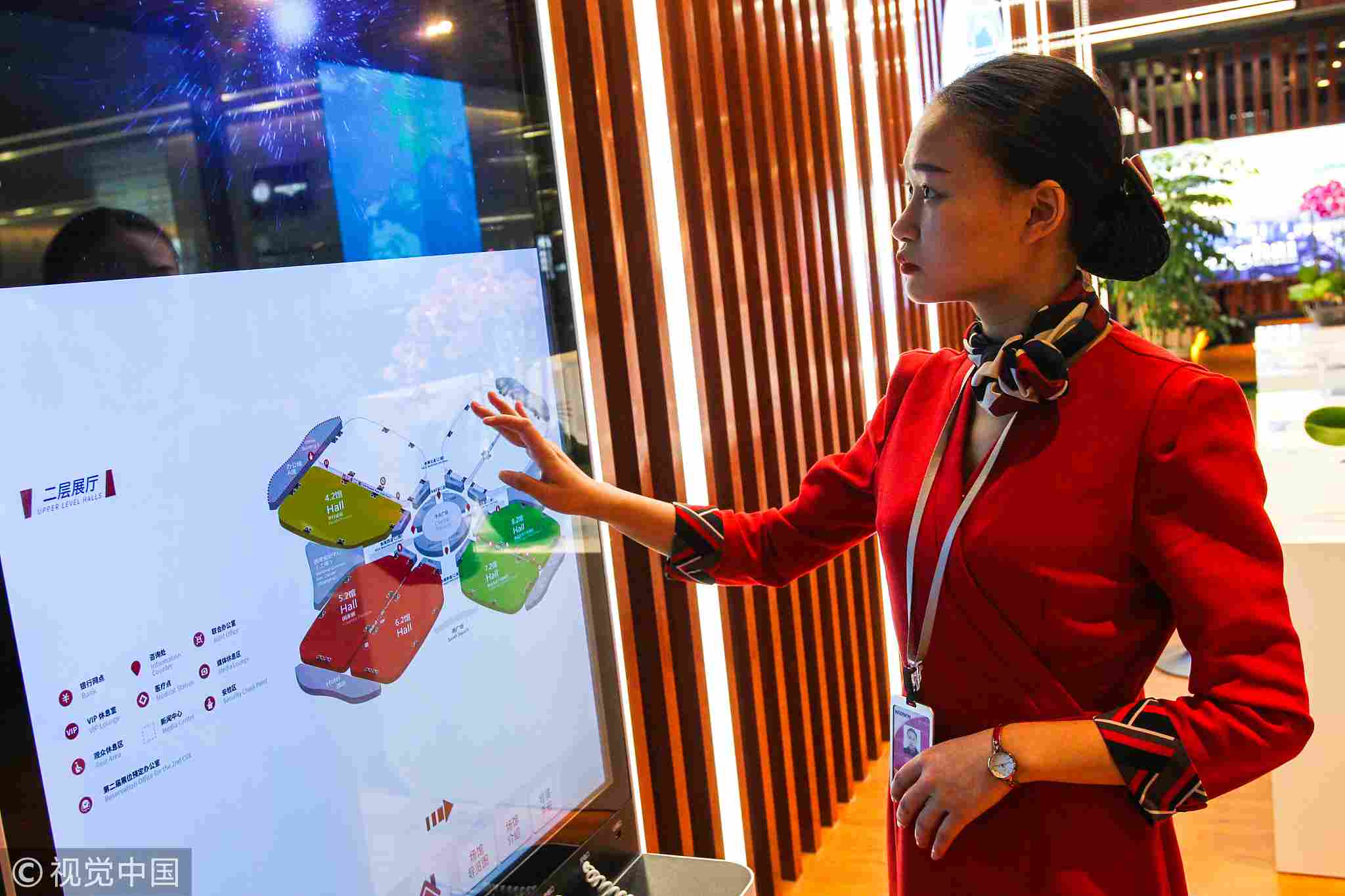 CIIE explores a way to improve global trade governance. It is not only an exhibition, but also an important stage for diplomacy and a new platform for global trade governance. The Hongqiao International Trade Forum with the theme of “spurring new vitality of global trade, creating an open and win-win scenario” is a platform for exchange and dialogue on issues such as economic globalization, trade and investment liberalization and facilitation, and innovation with new technologies.
More than 2,000 guests from political, business and academic circles from more than 130 countries and regions will attend, including World Trade Organization (WTO), United Nations Conference on Trade and Development (UNCTAD) and United Nations Industrial Development Organization (UNIDO).
The consensus reached by heads of governments and international organizations, well-known entrepreneurs and scholars will have significant guiding and endorsing effects on improving global trade governance.
CIIE can help to promote global trade growth. At present, trade protectionism and global trade risk is on the rise, which has endangered the stable development of the world economy.
As a responsible country, China is holding an import-oriented exposition at this moment, which meets the needs of the current development of the international community and makes positive contributions. 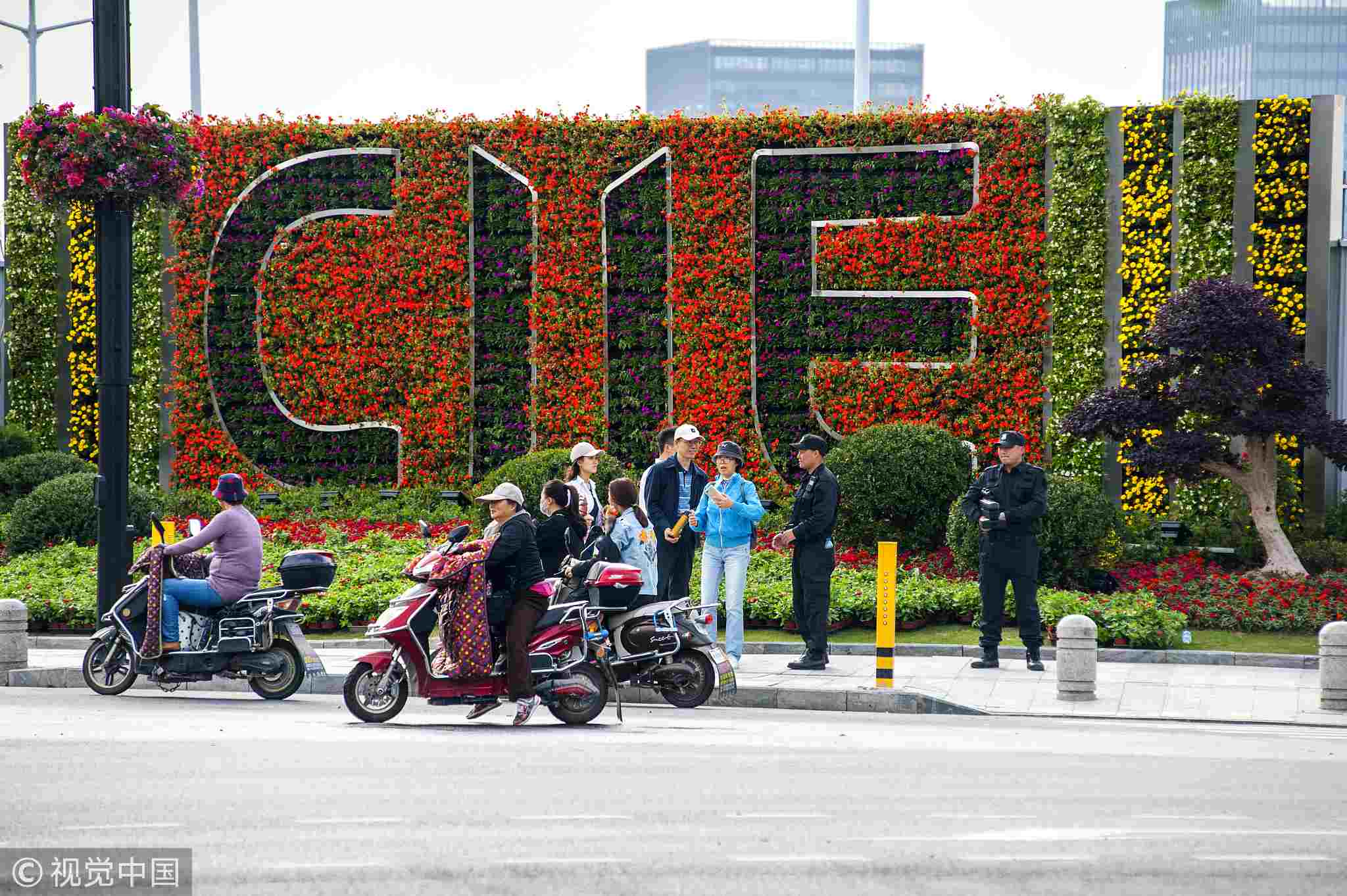 At the same time, China's efforts will also serve as a model for the international community, further encouraging and promoting more countries to open their markets, and promoting the growth of global trade and the sustainable development of the world economy.
CIIE provides opportunities for other countries to share China's development, especially the developing countries.
CIIE is also a new platform for promoting South-South cooperation. It is an international public product that China provides to all countries to participate in the Belt and Road Initiative.
It will facilitate the integration of developing countries along the Belt and Road into the global production system. China not only welcomes those from developing countries, but also offers them opportunities to contribute to the construction of an open world economy and a community with a shared future for  humanity.
(If you want to contribute and have specific expertise, please contact us at opinions@cgtn.com.)