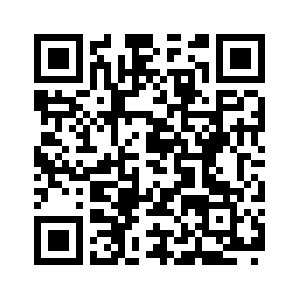 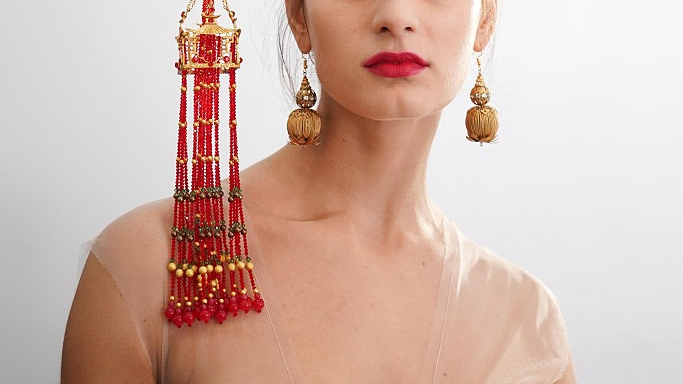 The "Big Four" fashion shows – Milan, New York, London and Paris – remain the most important runways for fashion designers every year.
And China – in the form of designers and as a potential market – has become increasingly influential in the fashion world.
This season, 42 Chinese designers will show their collections across the Big Four runways, ranging from veteran players like Guo Pei and Shiatzy Chen to emerging talent like Annakiki – whose fans include Beyonce's daughter Blue Ivy and British singer Ebony Bones. 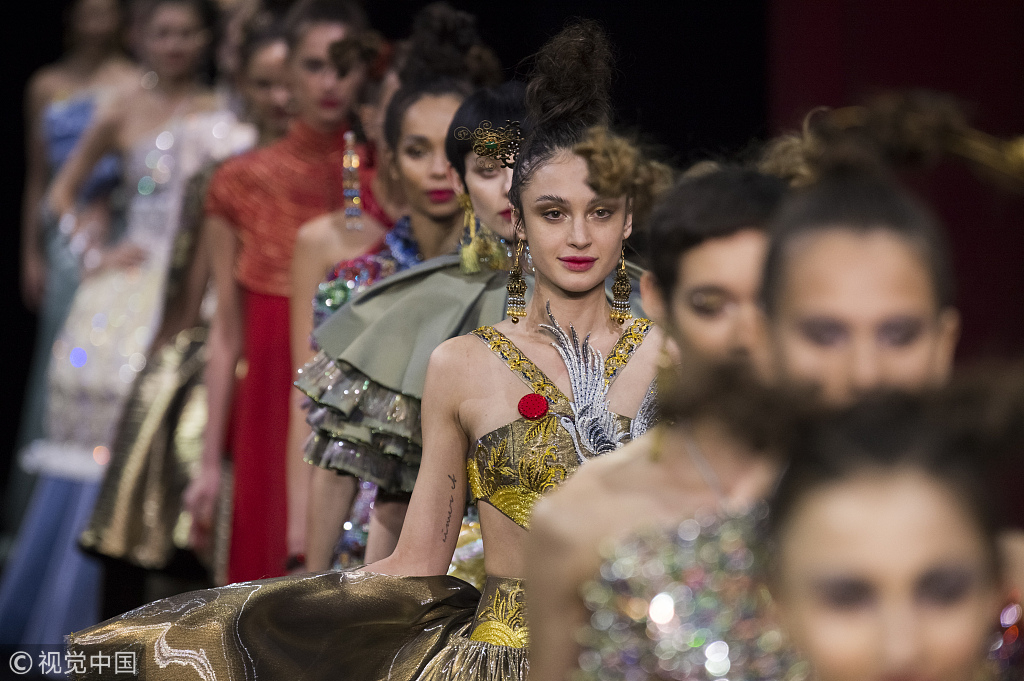 On the consumer side, not understanding the Chinese market can have real, and costly, consequences.
Italian label Dolce & Gabbana was forced to cancel a major show in Shanghai last November after the brand released culturally insensitive commercials on Instagram, followed by racist comments about Chinese people. The brand is still being boycotted by Chinese fashion insiders. Its show in Milan this week was attended by only a handful of Chinese editors, and neither top models nor guests appeared to show support, with no coverage in China.
According to the latest report released by McKinsey, Chinese luxury shoppers account for over 500 billion yuan (73 billion U.S. dollars) in annual spending, making up almost a third of the global luxury market share. Luxury brands from Kering's Gucci, LVMH's Fendi to UK's Burberry and French handbag maker Hermes are all showing their resilient appetite for Chinese clients, despite the prolonged China-U.S. trade tensions casting a shadow on trade.

As Western brands rush to get a share of the lucrative Chinese market, some have faced backlash in recent years after their efforts to appeal to Chinese consumers missed the mark. The faux pas committed by some of fashion's biggest names in China were at best mocked as trying too hard, and at worst, cause for hurt feelings and angry boycotts.
In 2015, when Burberry added a large red Chinese character "Fu" (happiness) to their classic scarf, netizens joked the Lunar New Year edition looked too cheap even to be counterfeited. This year, the British label's first ever Lunar New Year campaign inspired by family portraits was called “creepy,” despite featuring popular Chinese celebrities. 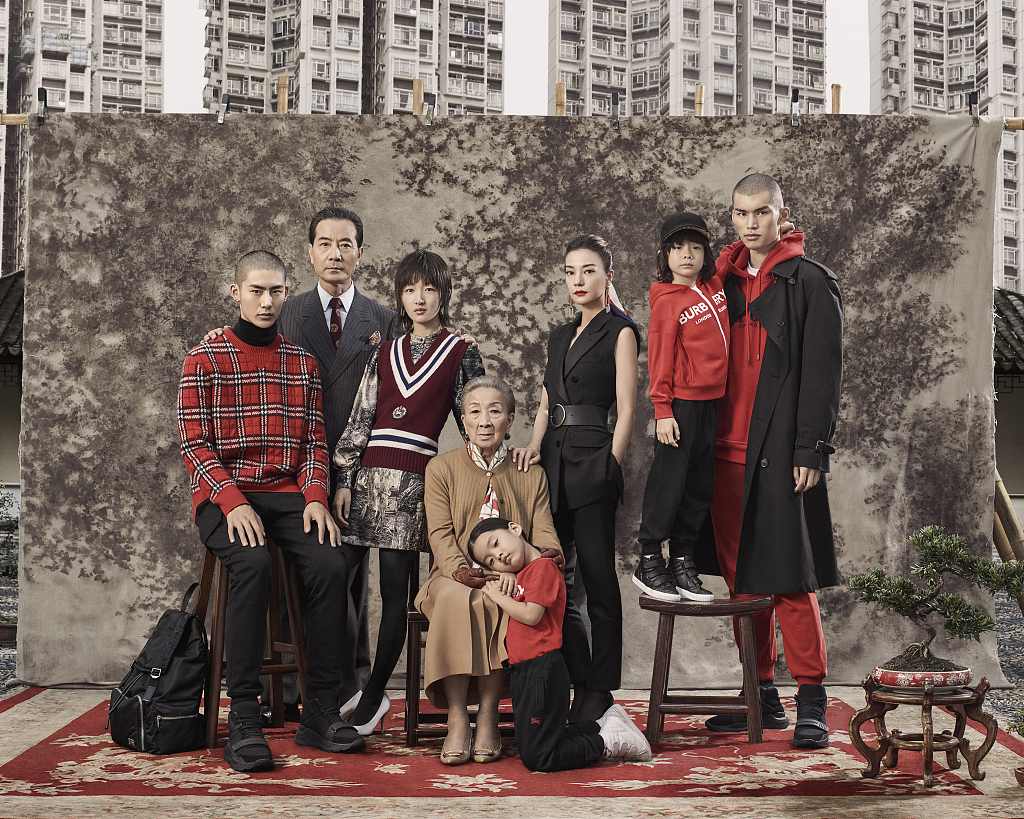 The Chinese Internet has grown more sensitive towards perceived misrepresentation by Western brands after D&G's PR disaster last year. Last week, Spanish brand Zara became the latest Western name to appear in a hashtag along with the words "insulting China" on Weibo.
The fuss turned out to be over the company's choice of a freckle-faced Chinese model in a campaign for its new cosmetics line. Weibo users accused the brand of "uglifying" Chinese women, despite the model Li Jingwen being one of the most famous Chinese faces in fashion. Some people pointed out that few Asian women have freckles, a feature which, like tan skin, has been traditionally seen as undesirable by Chinese standards. 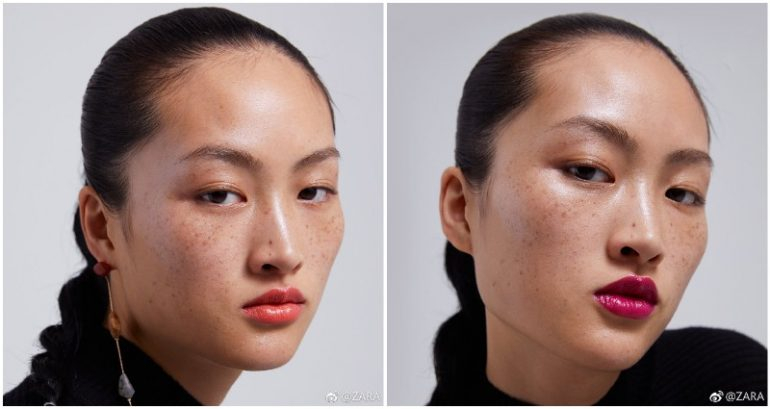 But others praised Li's natural, un-retouched look and urged netizens to embrace a more diverse view of beauty than the prevailing preference for the fair and flawlessly smooth look created with filters. Chinese media including China Daily also weighed in to call out the sensitivity and a lack of cultural confidence by Li's online critics.
The row has died down after it was cited as a case of different aesthetics in China and Spain.
"What we think is ugly, they love. We are used to it," a Weibo user commented under the original post.
But the latest incident has brought scrutiny on the rigid beauty standards in China. What triggers Chinese people to the point of some calling it an insult to the country remains a question that boggles the minds of even well-intentioned designers and advertisers. 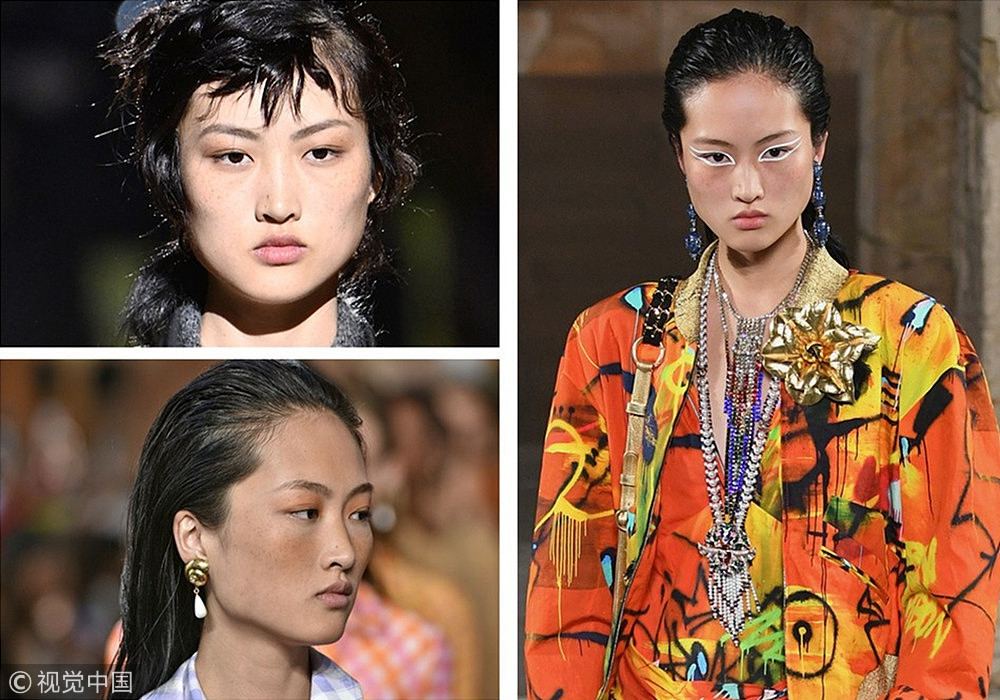 Chinese model Li Jingwen, who has worked with top brands including Prada and Louis Vuitton, was at the center of an online debate over her freckles. /VCG Photo

Chinese model Li Jingwen, who has worked with top brands including Prada and Louis Vuitton, was at the center of an online debate over her freckles. /VCG Photo

About China, or for China?

The fashion industry has a long and often uncomfortable history with China. In a 2015 exhibition by the Metropolitan Museum of Art titled "China: Through the Looking Glass," many creations from the world's top designers on display represented the West's collective fantasy about China, but not the country per se, said curator Andrew Bolton in interviews with Vogue and Women's Wear Daily.
In other words, Western fashion inspired by Chinese culture is not created with Chinese consumers in mind, at least not in the past.
From the Chinese perspective, age-old stereotypes of "Chinese-ness" evokes a not-so-distant past in the nation's history, which was filled with turmoil and humiliations inflicted upon it by foreign powers. That is the opposite of the wholesome and cosmopolitan aspiration of the country's newly affluent middle class.
Related story: Diversity remains a novelty in the fashion industry 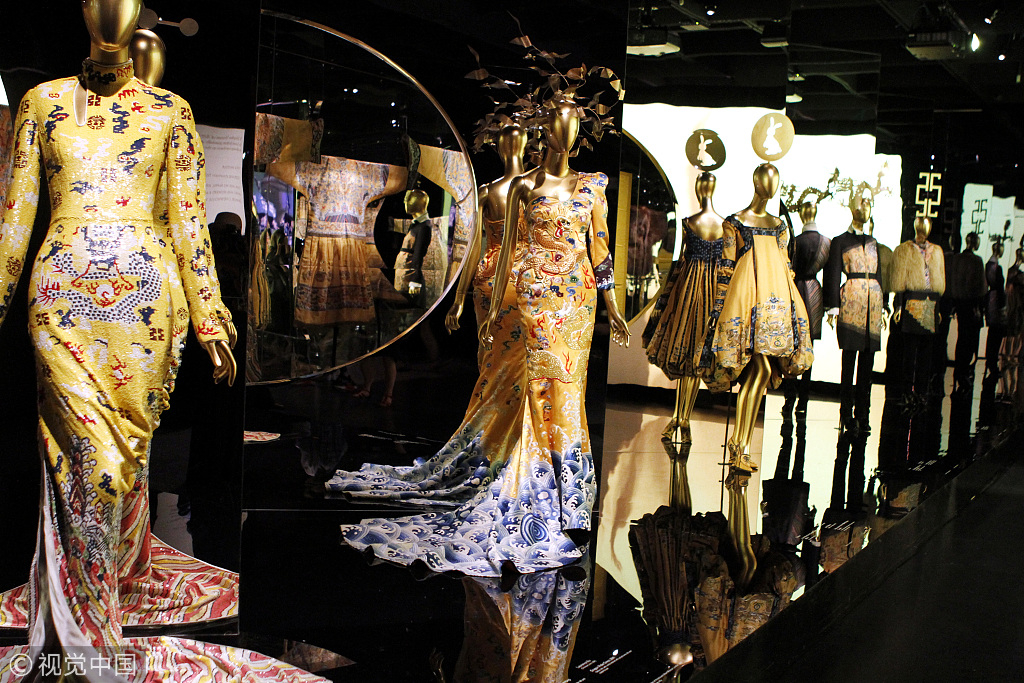 Inside the "China: Through the Looking Glass" exhibit at the Metropolitan Museum of Art Costume Institute in New York City, May 4, 2015. /VCG Photo

Inside the "China: Through the Looking Glass" exhibit at the Metropolitan Museum of Art Costume Institute in New York City, May 4, 2015. /VCG Photo

The success of the movie "Crazy Rich Asians" in North America last year highlighted a broader struggle for positive representation and empowerment by Asian communities around the world. The desire to be shown in a modern and dignified light is shared by many in China as awareness of outside perceptions of the country grows.
After D&G posted the infamous videos showing a Chinese woman coyly eating Italian food with chopsticks, social media users were irked by the overkill of "tacky" and "outdated" impressions of China that “seemed like something straight out of the colonial era.”
In his groundbreaking book "Orientalism," Professor Edward Said famously argued that works of art and literature in the West often relied on patronizing racial stereotypes that portrayed people of Asian and Middle Eastern cultures as static and backward. The "Orientalist" view was out of touch with the living reality of people in those countries, according to Said.
Chinese millennials grew up in a time of the Internet and social media; they are used to modern cityscapes on par with those in Western countries; they are more traveled, more informed about the world and open to broader experiences than their predecessors. For this generation, there has been a mismatch between the romanticized version of China borne out of Western curiosity and how they view themselves.
Latest market research by China Youthology shows the generation born after 1990 is no longer chasing after designer labels to merely show off as status symbols. They want substance and are searching for new ways of expression. Western luxury fashion represents a quality of life, not only built around material possessions, but also through new cultural experiences and identity building.
It is this change in consumer demand that many established brands have routinely overlooked and failed to address. But in this age of social media, as marketing experts have noted, getting China wrong could be a costly mistake for brands. 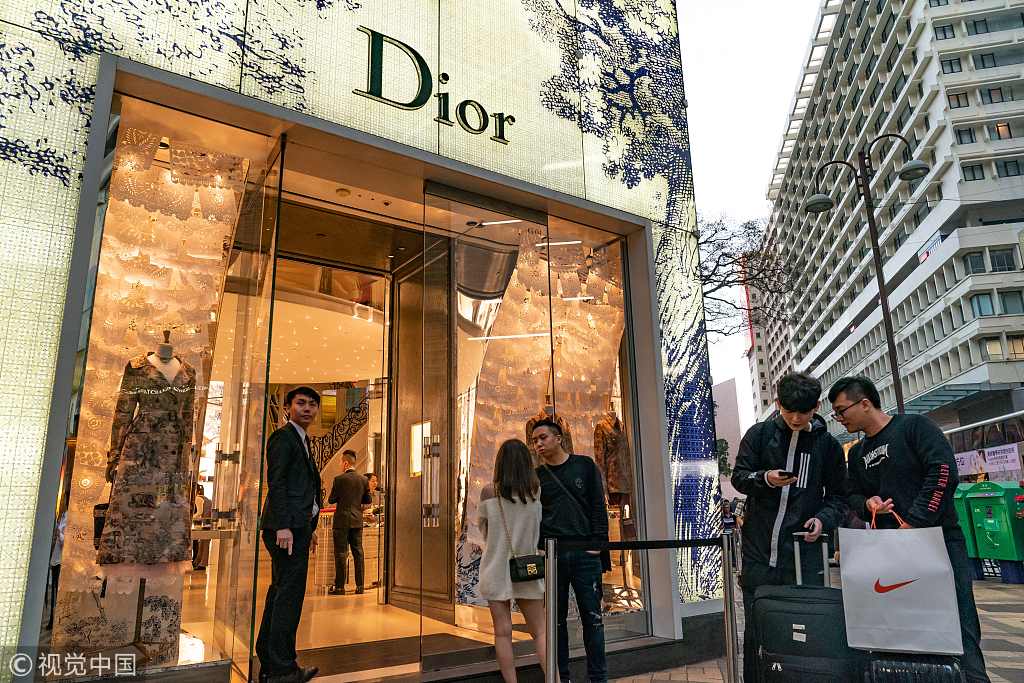 According to the 2018 report by Altagamma and Bain on the global luxury market, 46 percent of the world's luxury goods will be purchased by consumers from the Chinese mainland by 2025. The report also pointed out a shift of focus from West to East in brands' marketing strategies.

Redefining 'Made in China'

With the strong presence of Chinese designers at this year's fashion weeks, what makes Chinese design Chinese?
Ripping off the tag of counterfeits and poor quality, Chinese designers are no longer obsessed with traditional and exaggerated symbols of Chinese heritage. Their idiosyncratic identities enable the younger generation to present more subtle, modern and unique designs, blending Eastern and Western tastes to evolve into key global players.
Chinese graduates from globally renowned fashion schools are tipping the scales in this game. More than sticking to home-featured elements, they're lines reflect more of an international vision. 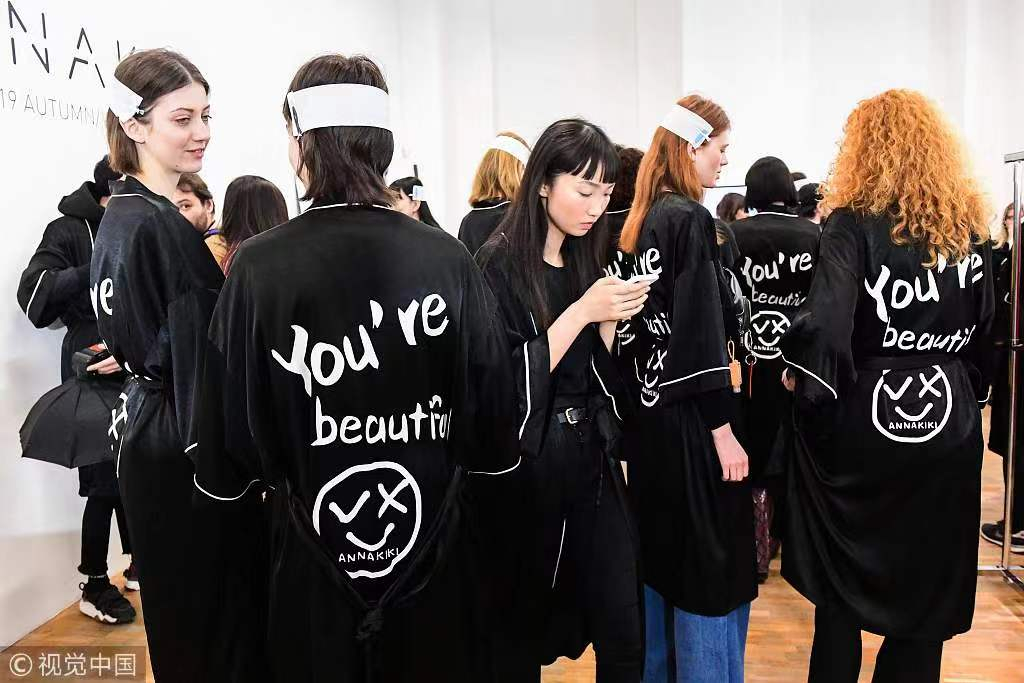 Social media clout in China has also helped the young designers reach new frontiers that their predecessors would have never imagined. Their insights from online influencers and mobile shoppers give them valuable lessons and reach in building their brands.
The table is turning, as China's burgeoning domestic fashion industry continues to produce world-class designers, who understand the zeitgeist of contemporary China while transforming the global fashion scene with their imagination. And for international brands, Chinese consumers now will not hesitate to have their voices heard – especially through their wallets.