No place for America's imperial geo-strategy in Eurasia
Bobby Naderi 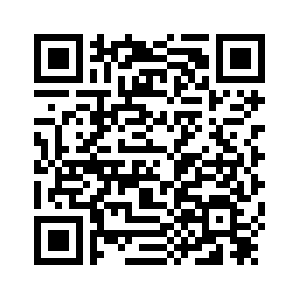 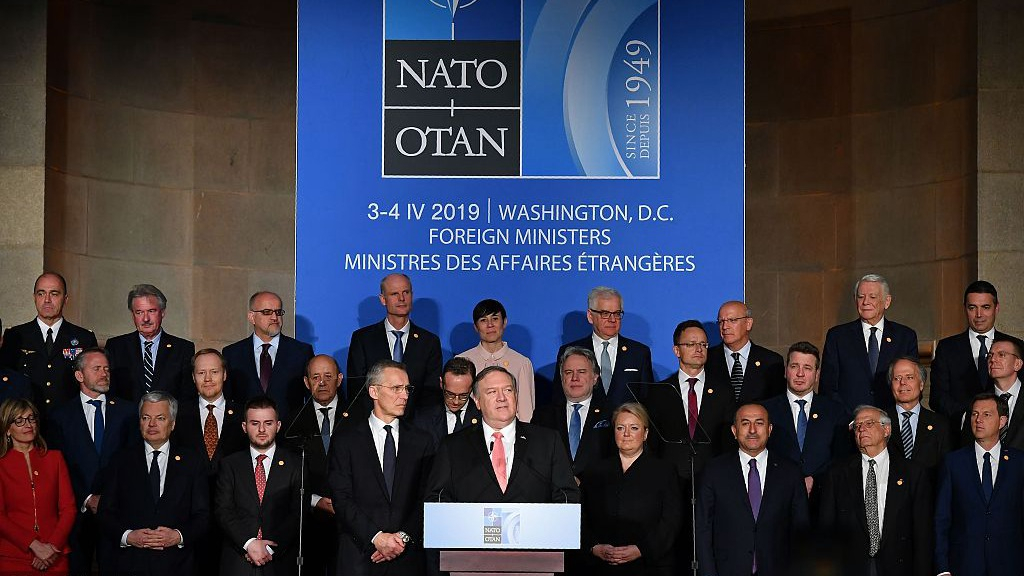 Editor's note: Bobby Naderi is a journalist, current affairs commentator, documentary filmmaker and member of the Writers' Guild of Great Britain. The article reflects the author's opinion, and not necessarily the views of CGTN.
According to English geopolitician Halford John Mackinder (1861-1947), there are three grand imperatives of imperial geo-strategy: To prevent collusion and maintain security dependence among the vassals; to keep tributaries pliant and protected, and to keep opponents from coming together.
Taking a lesson or two from Sir Mackinder, U.S. Secretary of State Mike Pompeo tried to do just that during a meeting with NATO foreign ministers in Washington on April 4.
In an address to the meeting, which marked the 70th anniversary of the North Atlantic Treaty Organization (NATO), Pompeo said, "We must adapt our alliance to confront emerging threats, whether that's Russian aggression, uncontrolled migration, cyber attacks, threats to energy security, Chinese strategic competition, including technology and 5G, and many other issues." 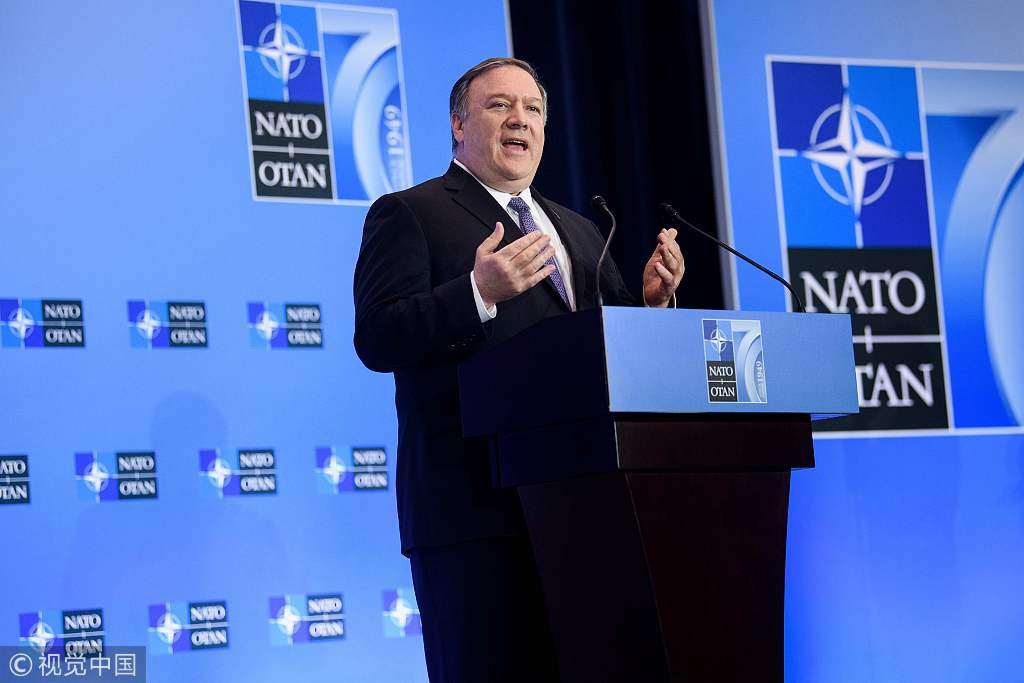 U.S. Secretary of State Mike Pompeo holds a press conference after meetings of NATO foreign ministers marking the 70th anniversary of the alliance at the U.S. Department of State in Washington, April 4, 2019. /VCG Photo

U.S. Secretary of State Mike Pompeo holds a press conference after meetings of NATO foreign ministers marking the 70th anniversary of the alliance at the U.S. Department of State in Washington, April 4, 2019. /VCG Photo

Pompeo said NATO should confront increased cyber warfare from China and its tech company Huawei Technologies, warning that neither NATO nor the U.S. would be able to fully share information with allies if there were Chinese systems in their security networks.
In the abstract, the U.S. government and its secretary of state may express altruistic views supportive of security and benefit for NATO allies. But this is the same country with a demonstrable history of unilateral foreign policy that has exploited, and continues to suppress and void, the United Nations institutions and treaties - including those of NATO - through periodic isolationism and exceptionalism, and a host of other defects.
To demonstrate, despite their 70-year alliance, rifts between the U.S. and the EU are still high over security issues. The transatlantic tensions became worse after U.S. President Donald Trump imposed ruinous tariffs on European steel and aluminum, forcing the EU to retaliate with tariffs on American products. Trump is desperate to save face by inking a deal that would open up European markets to agricultural products, which the Europeans say would be a deal-breaker.
Here is the thing: Despite Pompeo's appeal for unity to confront "great power" challenges from Russia, China, and Iran, German Chancellor Angela Merkel has already warned that Europe could no longer rely on the U.S. to impose order worldwide, and that "European nations should be ready to take matters into their own hands."
Evidently, whether on the topic of "great power" or protecting the EU's security, the "freeloaders" have seen that Washington is not very supportive of these policy goals if significant costs are involved. They saw how Trump questioned the value of their fracturing alliance and raised the idea of pulling out of NATO if other member states did not pay a greater share of the military burden.
As well, the "freeloaders" saw how Washington is not enamored of "democracy" in Ukraine. Put simply, it wants to trigger a new rumbling to annex Ukraine to NATO. The fracturing alliance has always been about the U.S. - just like encircling Russia with bases and missiles, just like the encircling of Iran with sanctions; and just like the pivot to Asia translating into an encirclement of China. This is power vanity, not routine power politics, and certainly not a strategic alliance on a par. 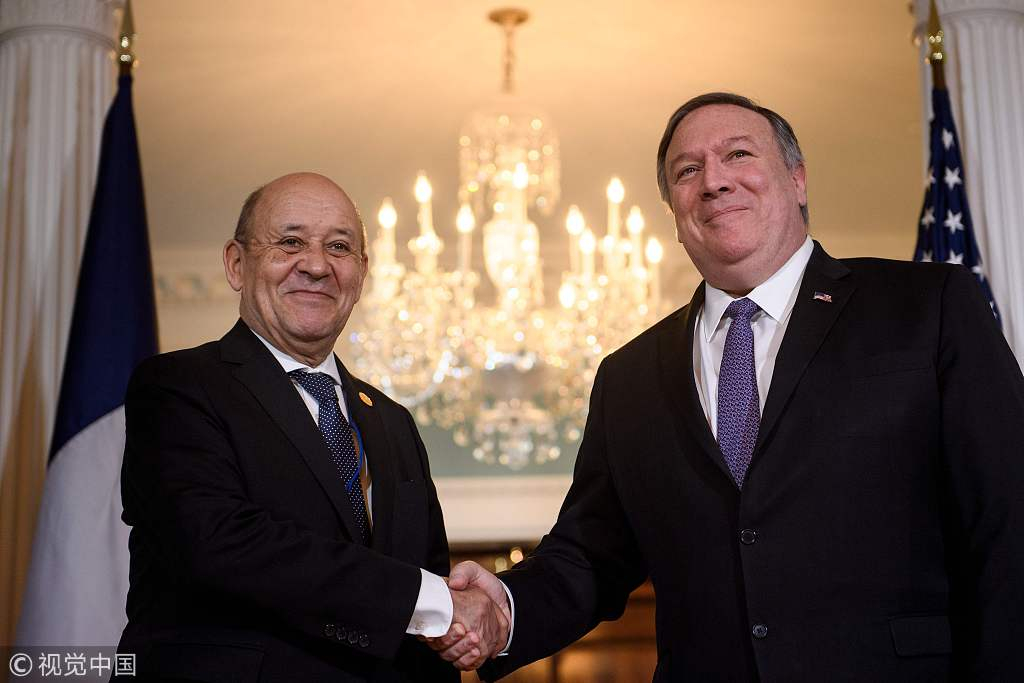 As for Pompeo's "Chinese strategic competition" rhetoric, it won't propel Washington's lead to a moral high ground; nor will it raise the China-EU relations to a boiling point. It is of interest for European governments to cooperate with Beijing under the Belt and Road Initiative (BRI). Seeing that Greece and Italy did and they have seen the economic benefits. Otherwise, so many nations and international organizations would not have formally endorsed the biggest infrastructure development project on the Earth.
American officials and mainstream media would like to say this is not the case. But it is. They can't stop other Eurozone economies from endorsing the BRI. As it happens, according to Chancellor Merkel, the EU wants to "join in." It's also been revealed in the tariff war that opposition to the BRI is motivated primarily by the U.S. interests and not the EU interests.
Among other things, the endgame is all but written: The foundations of the American unilateralism are crumbling, as many nations, including Eurozone economies, are no longer willing to stick to the same race course. Nor do they have any desire to depend on America for security and tolerate the belligerence of its global provisions for manufactured crises, commercial tensions, and military-energy domination.
This should be sufficient to compel the EU, Russia, and China to not allow the "War Party" to destabilize the Eurasian region through what Pompeo calls "strategic renovation". The stakes are high and this creates the possibility that they can come together on the basis of mutual trust to save the region from the "Empire of Chaos" and its imperial geo-strategy. In this interdependent, interconnected region, which is struggling to build fraternity, economic cooperation, and human security, there should be no "vassal" and certainly no place for the U.S. to pivot its grand imperatives of superiority, self-interest, and dark underside.
(If you want to contribute and have specific expertise, please contact us at opinions@cgtn.com.)