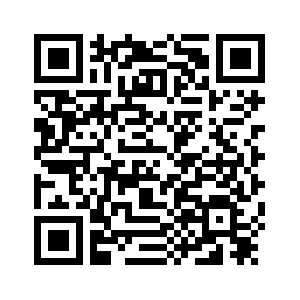 Editor's note: Zhang Bei is an assistant research fellow at the Department for European Studies, China Institute of International Studies. The article reflects the author's opinion, and not necessarily the views of CGTN.
Chinese President Xi Jinping exchanged congratulatory messages with his Portugal counterpart Marcelo Rebelo de Sousa on the 40th anniversary of the establishment of the Sino-Portugal diplomatic ties on Friday. The two presidents stressed the significance of cooperation between the two countries, according to Xinhua reports.
Confucius once said: "At forty, I had no doubts."
This saying also applies to the relationship between China and Portugal. The two nations have no doubts about the value of holding hands and being open-minded. 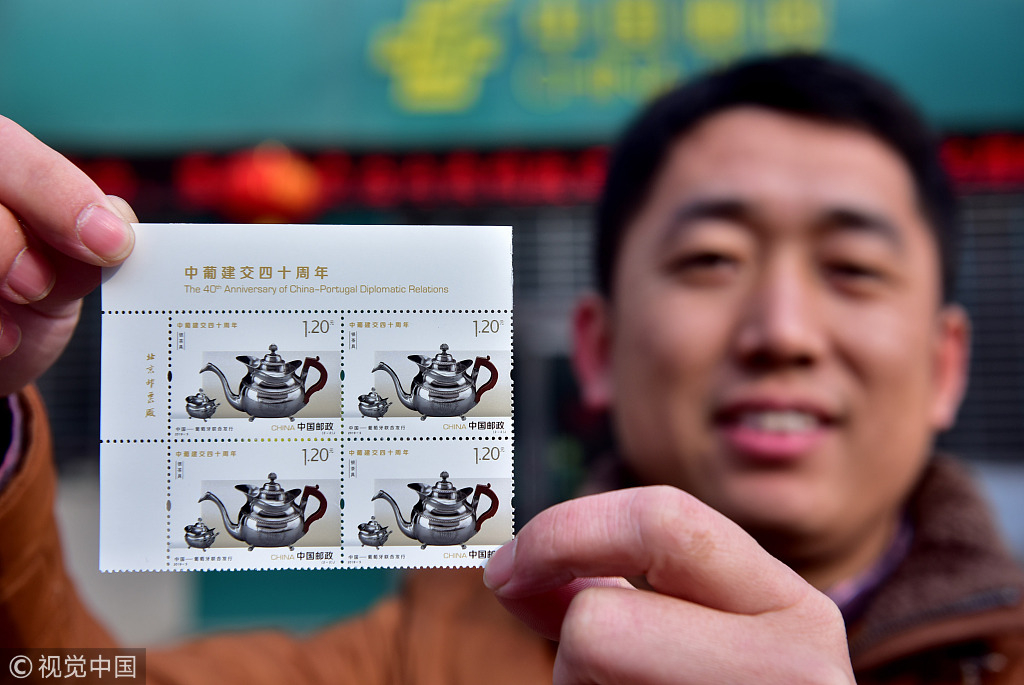 A new set of stamps is issued to mark the 40th anniversary of China-Portugal diplomatic ties, February 8, 2019. /VCG Photo

A new set of stamps is issued to mark the 40th anniversary of China-Portugal diplomatic ties, February 8, 2019. /VCG Photo

The maturity and firmness of China-Portugal relations were shown in Chinese President Xi Jinping's visit to Portugal in December last year, during which he highlights the real merits and promising future of the cooperation between the two countries.
Throughout the 40-year history, this pair has done a lot to showcase how a partnership should look like. The two have been trusting, respecting and helping each other, in spite of differences in historical backgrounds, social systems, and population sizes, etc.
In 1999, China and Portugal successfully settled the Macao issue, bringing a new beginning to the development of Macao and China-Portugal relations. In 2005, the two countries established a comprehensive strategic partnership, giving new impetus to bilateral ties.
When the economic and debt crisis stroke Portugal in 2008, China was one of those who held hands with Portugal to overcome the crisis. Many Chinese companies ventured into Portugal, bringing much-needed capital, jobs and confidence. 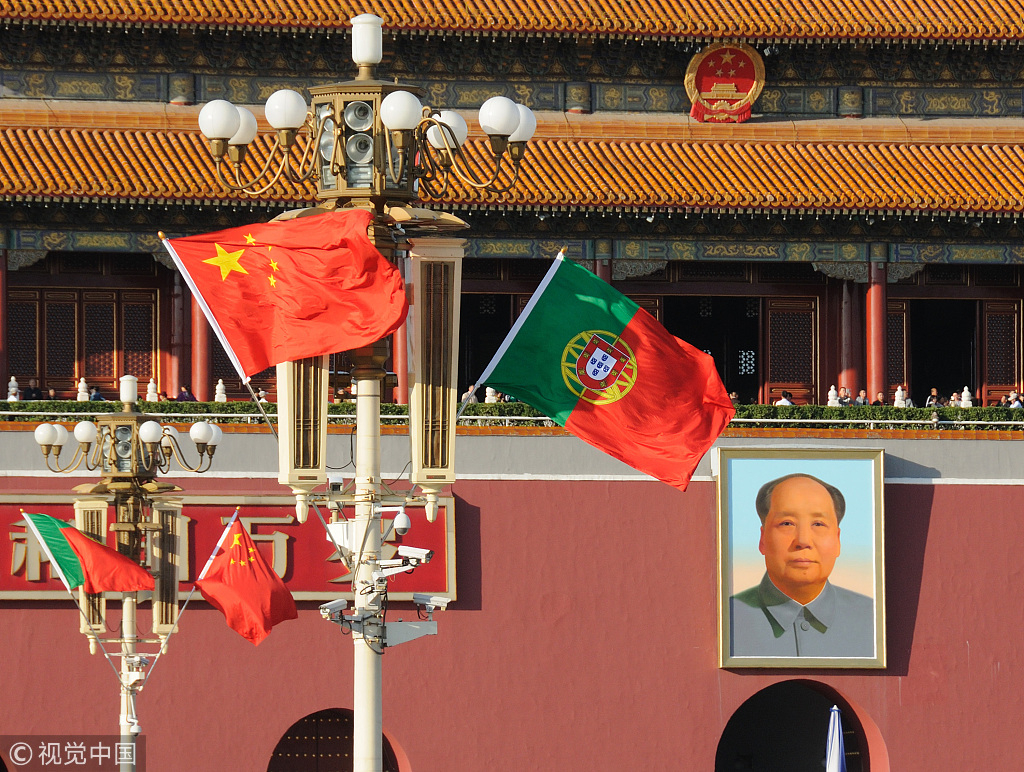 The partnership has been fair and reciprocal as well.
Taking Chinese investment in Portugal as an example, the China Three Gorges' investment in Energias de Portugal, Portugal's top grid company, has helped the company step out of the crisis after 2008. Meanwhile, the investment helped Chinese companies expand their business into the market in Portugal.
To build on the strong foundations of China-Portugal relations, this partnership has a brighter future to celebrate, and the Belt and Road Initiative (BRI) will offer more concrete platforms for the two sides.
Portugal is well positioned to be the common point of the land and maritime silk roads.
The BRI will not only enhance existing trade, investment and people-to-people exchanges between the two countries, but also bring in new opportunities, such as port building, new energy, finance, and third market development, thus expanding the cooperation area.
During President Xi's visit last year, Portugal and China have signed the memorandum of understanding on cooperation on the BRI, showing the two sides' determination to make BRI a new driver for the bilateral relations.
As Chinese investment has met with increasing skepticism in Europe, and China's intention in seeking cooperation with Europe has been twisted and fabricated as being politically motivated and economically selfish, the success of China-Portugal cooperation will prove all these claims wrong.
The two sides are having no doubts about their cooperation simply because it serves both of their own good.
(If you want to contribute and have specific expertise, please contact us at opinions@cgtn.com)