Life on the Plateau: Mythological animal that gave birth to ancient Tibetans
By Zhu Yingming 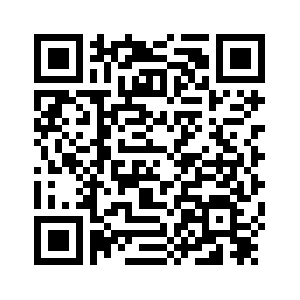 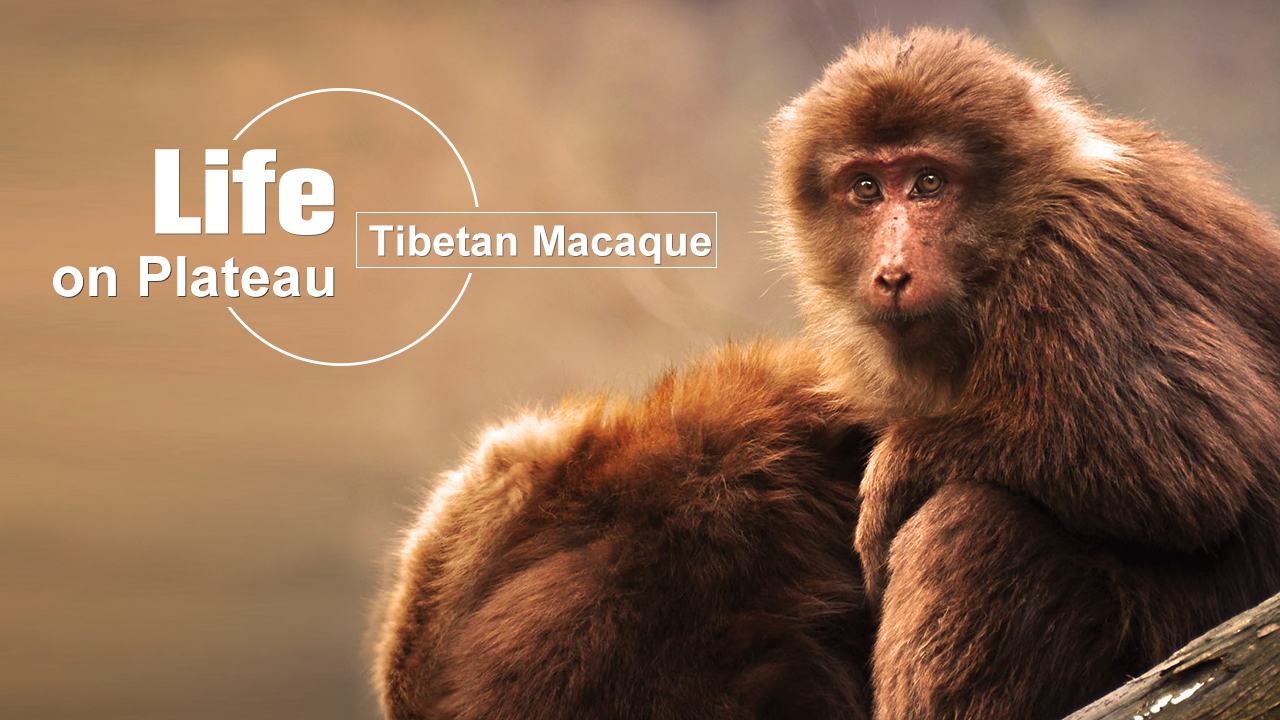 Macaques are one of the totems of ancient Tibetans.
In Tibetan mythology, a macaque was seduced by the manifestation of the bodhisattva Tara (Jetsun Dolma in Tibetan), and their six children developed the six original Tibetan families. 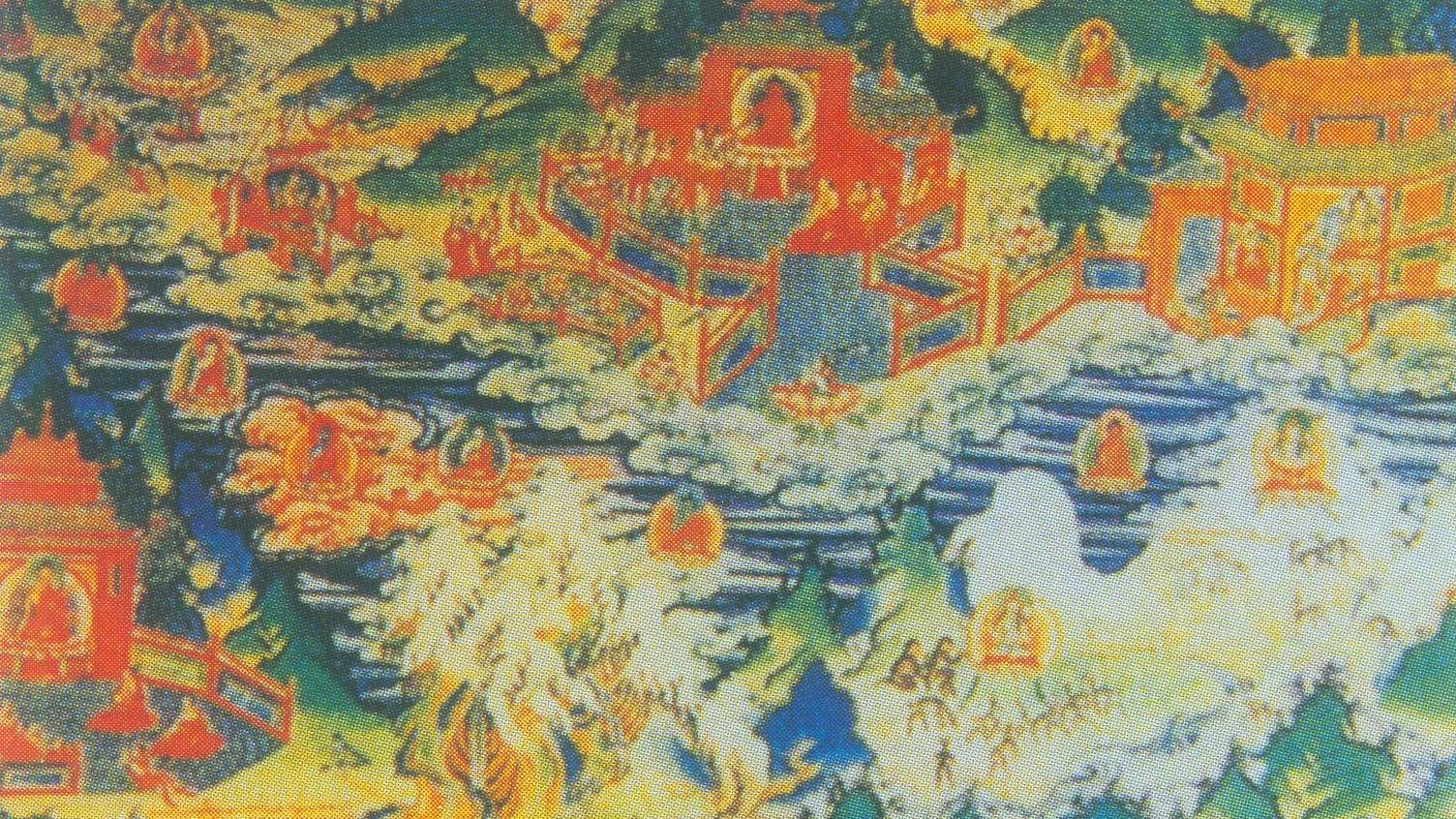 Part of an ancient painting about macaques being the Tibetans' ancestors. /VCG Photo

Part of an ancient painting about macaques being the Tibetans' ancestors. /VCG Photo

The Tibetan macaque, or Macaca thibetana, is classified as Near Threatened on the IUCN Red List, and is under second-class protection in China.
Also known as the Chinese stump-tailed macaque, it is unique to China, and found in eastern Tibet and some of its neighboring provinces to the east and north.
They live in subtropical forests 1,000-2,500 meters above sea level. 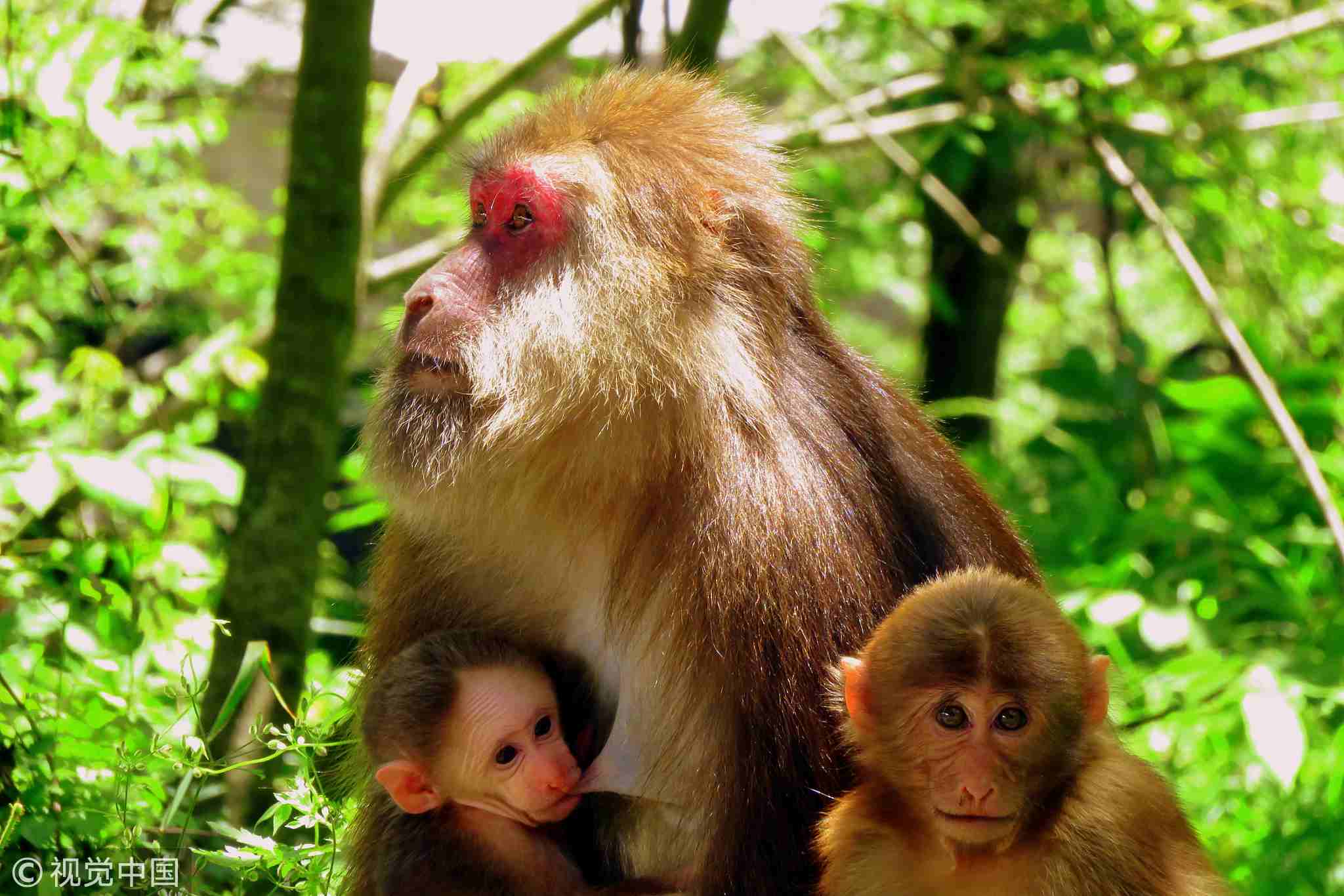 A Tibetan macaque with its cubs. /VCG Photo

A Tibetan macaque with its cubs. /VCG Photo

The Tibetan macaque is the largest species of macaque. Male Tibetan macaques can weigh up to 30kg, while females are relatively smaller in size.
The stump-like tail is about 10cm in length. They can be easily confused with their cousin – the Tibetan rhesus macaque (Macaca mulatta vestita), that has, however, a tail twice as longer with more than 20cm. 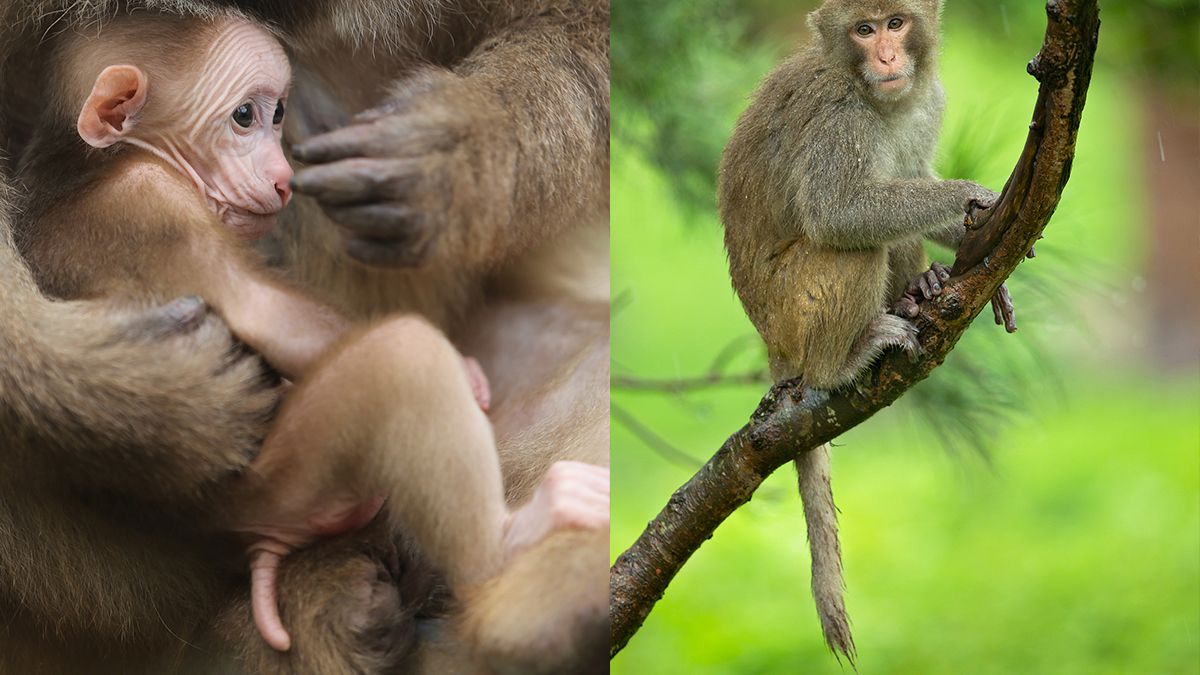 The tail of a Tibetan macaque cub (L) and of a rhesus macaque (R). /CGTN Graphic

The tail of a Tibetan macaque cub (L) and of a rhesus macaque (R). /CGTN Graphic

The Tibetan macaques usually forage for leaves, fruit and grasses.
In spring, they like to collect nectar, while tearing off the petals of the Dawson's magnolia, a species native to SW China's Sichuan and Yunnan Provinces.
The flower is 16-25cm wide, even larger than the macaque's face. 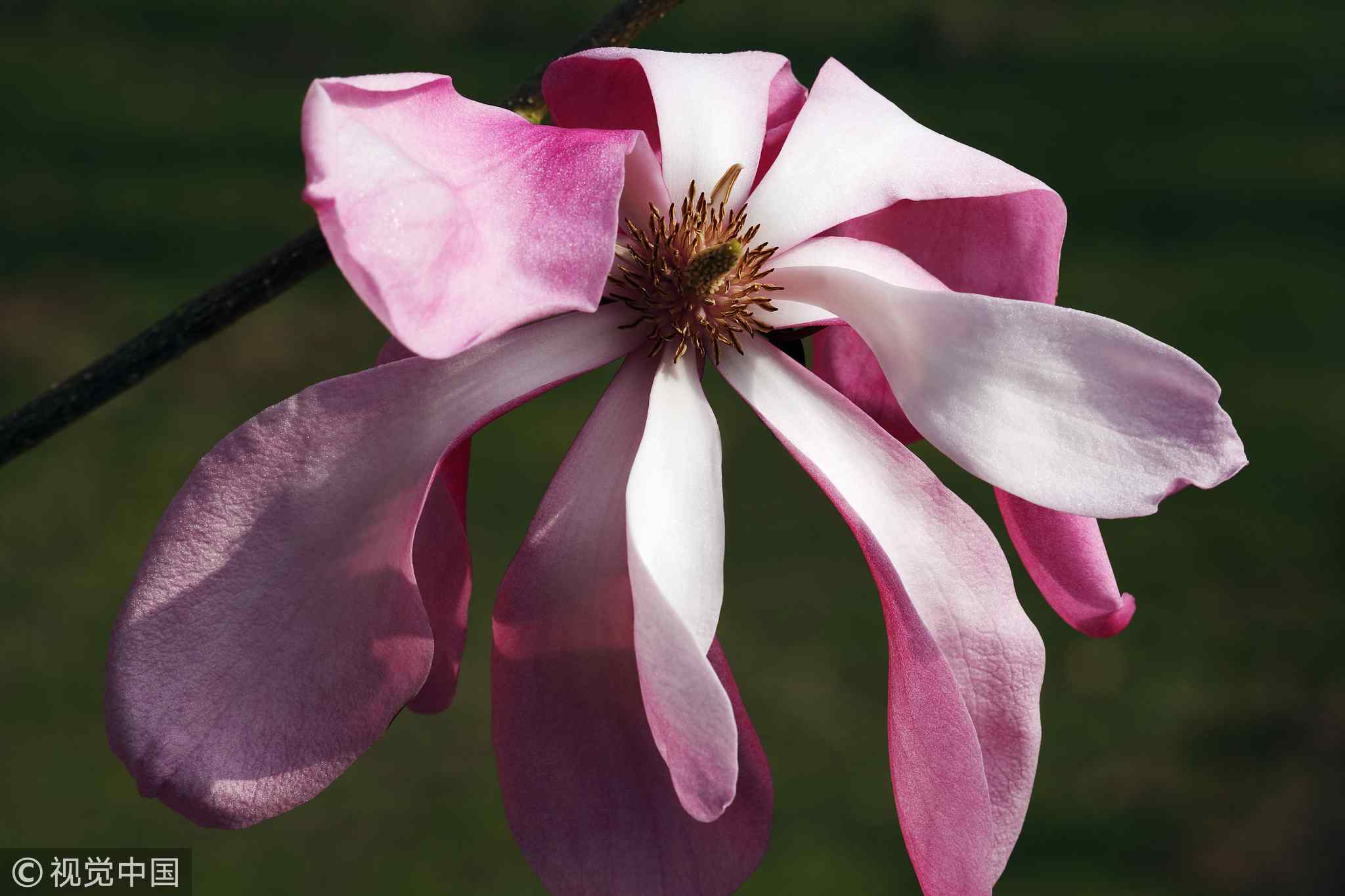 Its lifespan can be longer than 20 years. Like most of their primate cousins, alpha males dominate the groups.
Although researchers found out that in some Tibetan macaque groups, the average reign for an alpha male only lasts about a year. 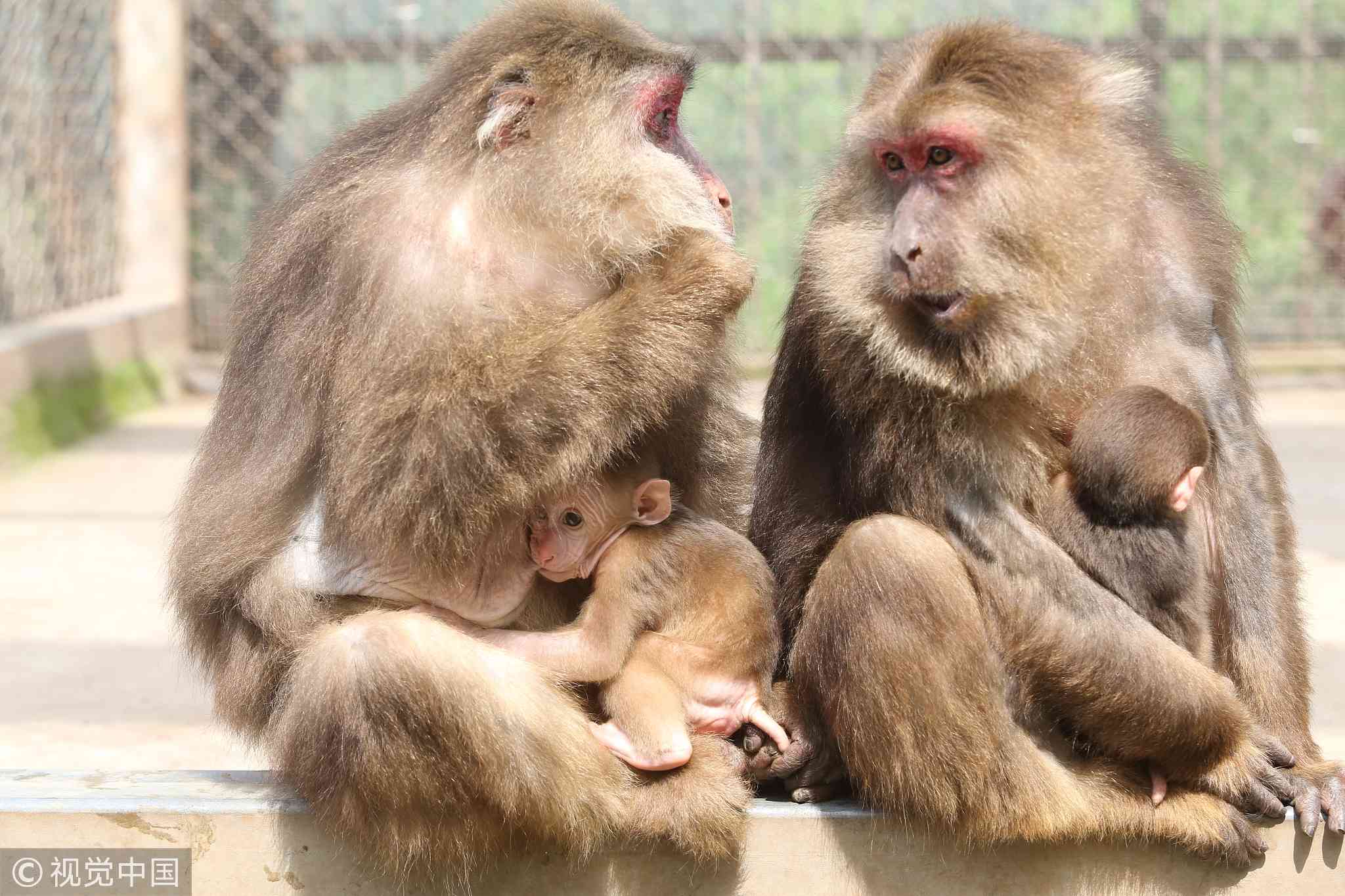 Its main threats are all human-related, including residential and commercial development, agriculture and aquaculture, as well as logging and wood harvesting.
In 2017, a male Tibetan macaque was caught by a trap at a scenic area not far from Chengdu City, capital of Sichuan Province.
The macaque turned to the tourists for help, before the professionals were called but failed to find it there.
It was eventually found about two weeks later with a severed forearm. Experts said that it might not make it to the alpha of its family because of the injury.
00:44 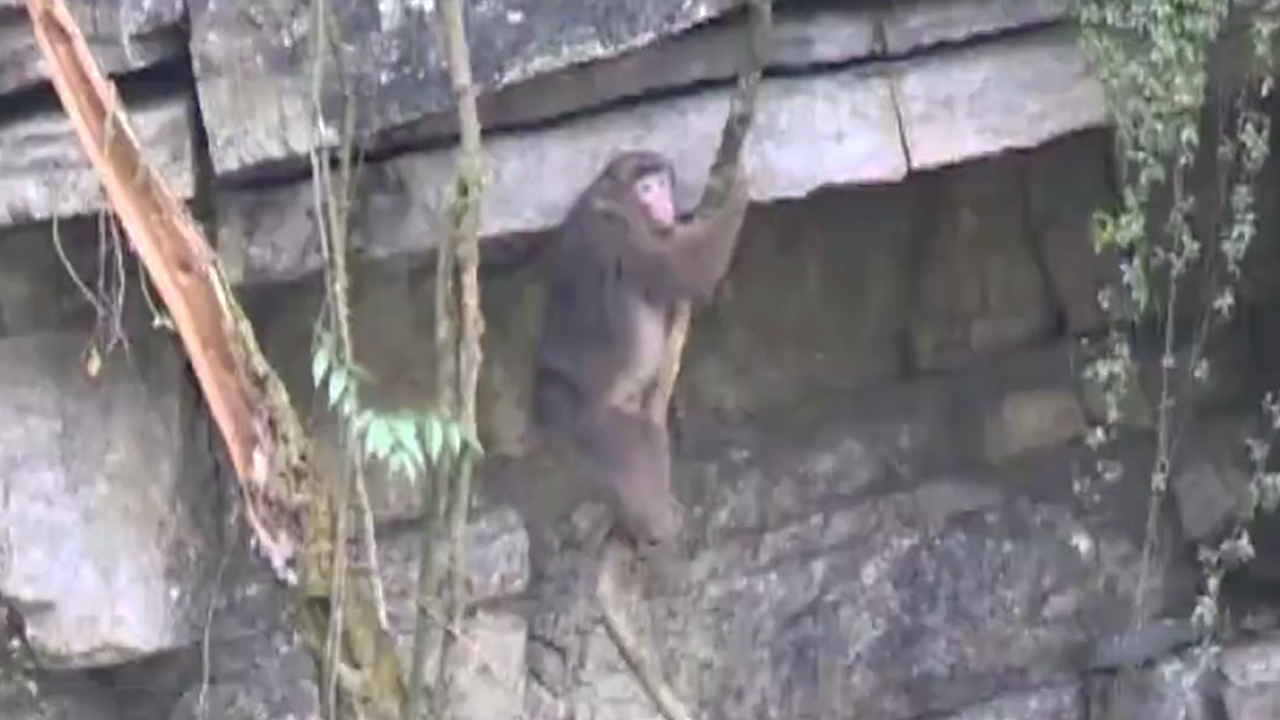 Villagers in Sichuan recently caught sight of about 20 wild Tibetan macaques foraging in Mt. Jiuding Nature Reserve.
With more and more snow coming to the region, the macaques that usually dwell in remote mountains come closer to human habitat looking for food. 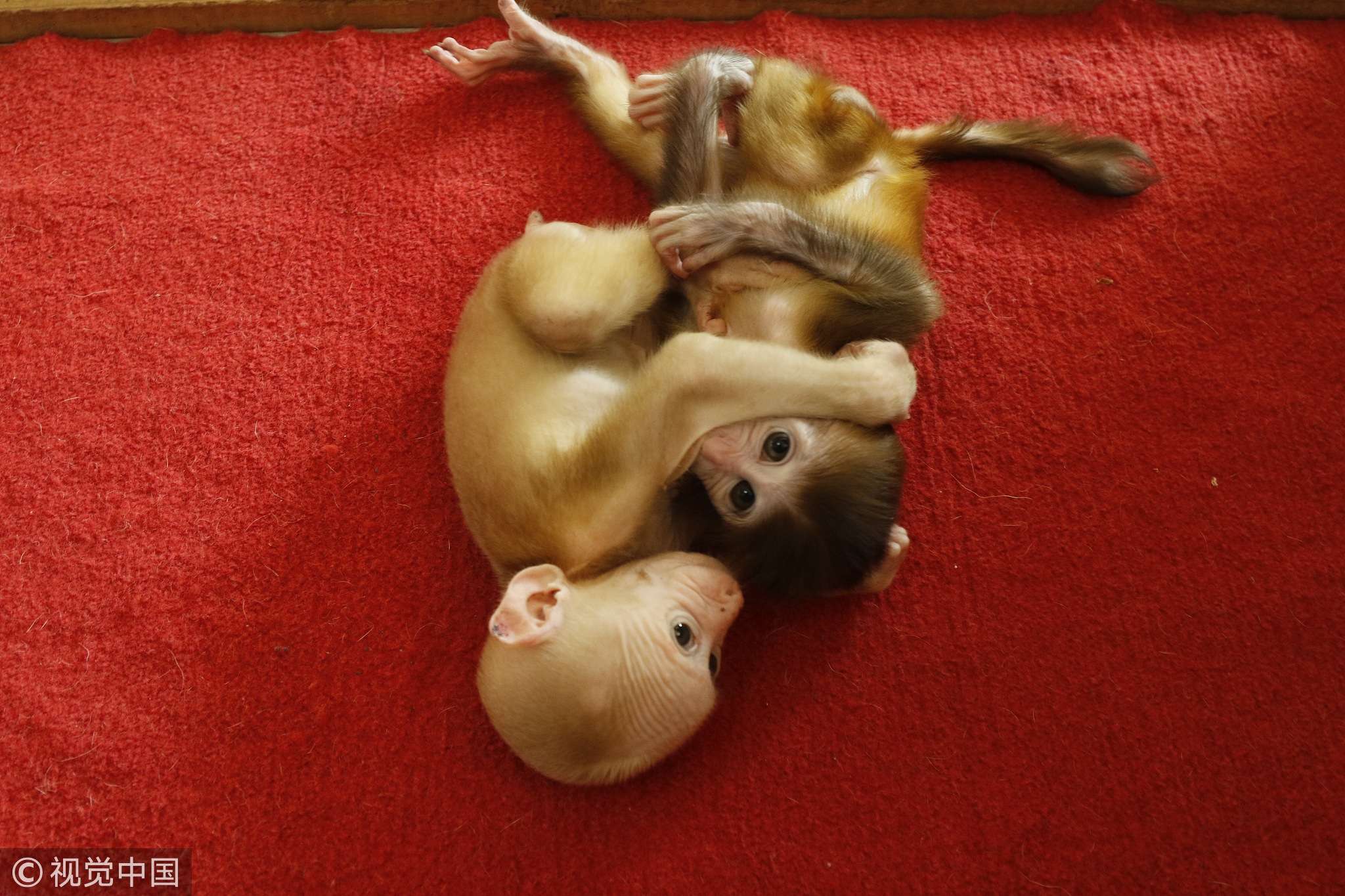 The Tibetan macaque is found in more than 60 nature reserves in China, but almost never seen in captivity outside of Asia.
Being one of the least known macaques, the population, living conditions and protection measures of the Tibetan macaque need to be studied further.