Bouteflika steps down after 20 years in charge: What's next for Algeria
By Le Tian 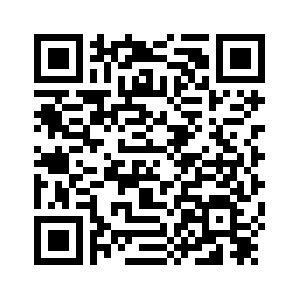 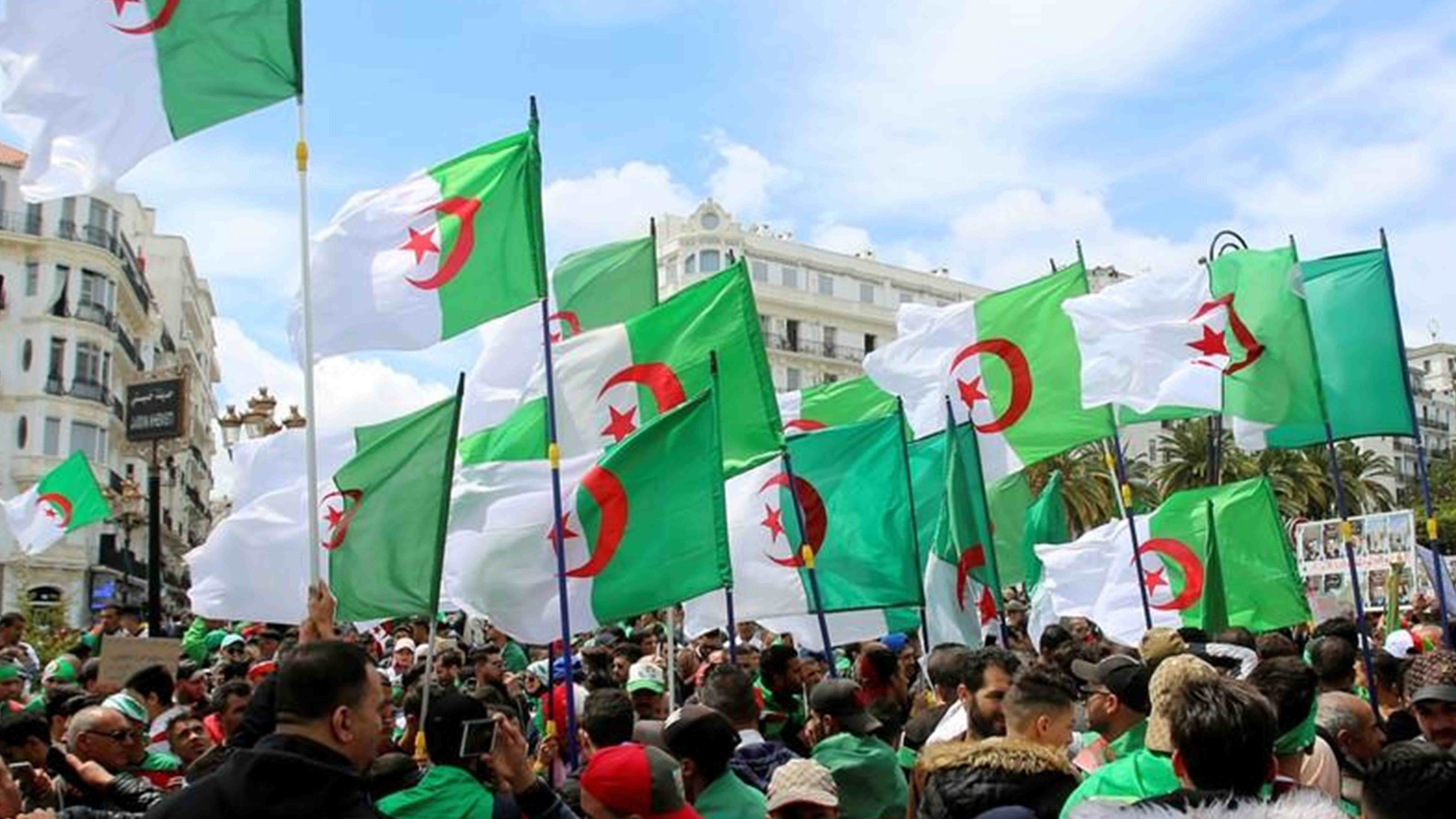 Abdelaziz Bouteflika's original mandate should expire on Sunday, but the longest-serving president in Algeria resigned on April 2 after months' protest against him.
The 82-year-old veteran of Algeria's war for independence has rarely been seen in public after suffering a stroke in 2013.
Helped by oil and gas revenues, he turned Algeria into a more prosperous country. But the North African country remains mired in corruption and political and economic torpor.

Protests against poor living standards, the lack of job opportunities and services were common even before the recent mass protests.

CGTN hit the street of Algeria's capital to know the public's opinion of the former president and why they went to protest.
Malika Omran used to believe in Bouteflika, saying the former president was at least credited with bringing relative peace and security to the country.
However the situation changed when Bouteflika had a stroke. Omran said people now understand that Bouteflika was not the one who decided how to run the country; the power was stripped.
Nassim Saci who is with the protest since its beginning on February 22, said Bouteflika did not prove his worth in running the country after 20 years of rule. 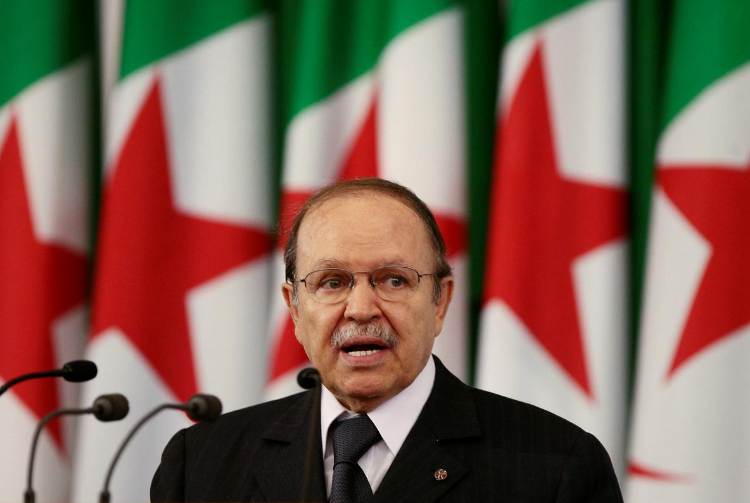 "We witness the bad governance of the country from them, so it came to an end," he added.
Youcef Kara agreed that Bouteflika did bring the country a prosperous period when he arrived at the position.
But she also pointed out after 20 years, institutions have collapsed. Algerians have not seen any actual change internally or externally.
While Adel Beggar admitted there are some good points about Bouteflika's time, corruption and economic issues are also highlighted that Bouteflika failed to address in the past 20 years.
From Ali Amy's perspective, she believed that the former president showed no willingness to reform, resulting in public outcry.

A young and clean person

"Algeria needs a young president, a clean person, someone who does not take advantage of his position," said Omran.
She believed the young generations are hopeful of Algeria. "They suffered from former regime and know what should be changed," she added. 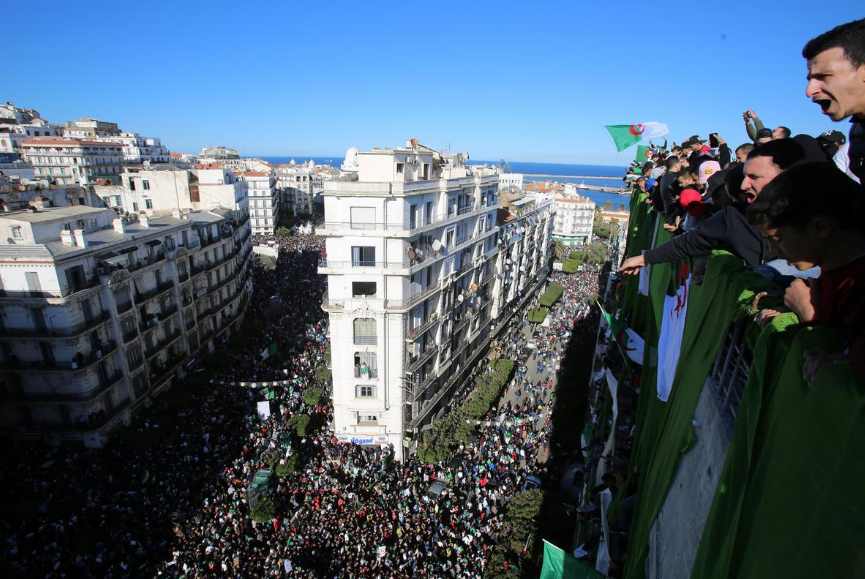 Demonstrators stand atop of a building during a protest over President Abdelaziz Bouteflika's decision to postpone elections and extend his fourth term in office, in Algiers, Algeria March 15, 2019. /Reuters Photo

Demonstrators stand atop of a building during a protest over President Abdelaziz Bouteflika's decision to postpone elections and extend his fourth term in office, in Algiers, Algeria March 15, 2019. /Reuters Photo

Amy also said young people who are the main forces of the recent protest are more conscious and know what to do and are able to fight corruption.
Kara is looking for a president to be "at the level of the Algerian people's vision, the people who showed his peace, awareness and respect."
He said all of Bouteflika's entourage should depart from the government.

Bouteflika's resignation and the interim government's small concession from power cannot satisfy protesters, said Saichi Mourad, a professor of political economic and social studies at the University of Algeria, during an interview with CGTN.
He noted Algerians want a radical, complete change in politics to change the constitution and behavior of leaders.
"We do not want to change heads or a head. We do not want to go on a witch hunt. We want a change in the political mafia in place," Professor Saichi said.
And he believes there will be no possibilities of the protests becoming a civil war, as happened in Syria. 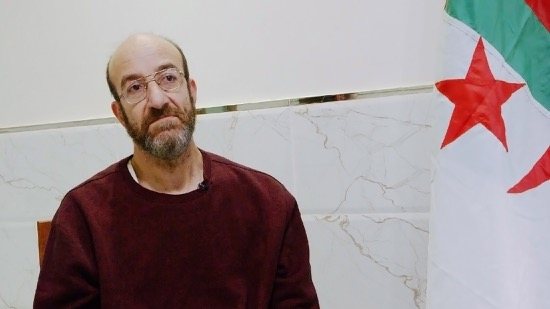 Saichi Mourad, a professor of political economic and social studies at the University of Algeria has an interview with CGTN in Algiers, Algeria, April 22, 2019. /CGTN Photo

Saichi Mourad, a professor of political economic and social studies at the University of Algeria has an interview with CGTN in Algiers, Algeria, April 22, 2019. /CGTN Photo

"Algerians have been through this already and we have already experienced a dark decade," Saichi said, referring to the violent civil war in the country in the 1990s.
And learning from other African brother countries' experience, the professor said Algerians now prefer to have a peaceful revolution.
Some worried how far the military is likely to allow the protesters to go in their demand and entirely hold the country's future.
From Professor Saichi's perspective, "the role of the army is only accompanying." He said the army "hasn't controlled or directed this movement or directed a country," only holding the role of guarding or protecting the Algerian people.
But he also admitted all political changes need the military institution's guarantee.

- First protests
On February 22, tens of thousands of people demonstrated in several cities in the first major protests against Bouteflika's candidacy in the April 18 elections.
After rallying calls on social media, thousands turned out to chant, "No fifth mandate!" including in Algiers, where demonstrations have been banned since 2001.
Police fired tear gas to block a march on the presidential palace, prompting demonstrators to respond by throwing stones.
- Warning
On February 26, thousands of students rallied peacefully in Algiers. Two days later, a dozen journalists were detained for several hours as they participate in a rally against alleged censorship of protest coverage.
Prime Minister Ahmed Ouyahia compared the growing protest movement to the demonstrations that erupted in Syria in 2011 and sparked a war now in its ninth year.
On March 1, tens of thousands protested across the country.
- Final term pledge
Bouteflika who was in Switzerland for "routine medical checks" sacked his veteran campaign manager on March 2.
On March 3, a letter from the president was read on state television, in which he said this run would be his last. He vowed to not serve a full term if re-elected and to organize early polls in which he would not stand.
Shortly afterwards, his new campaign manager formally submitted the president's candidacy, just ahead of the deadline.
- 'Chaos'
On March 5, as thousands marched again, the army chief pledged to guarantee national security.
Bouteflika on March 7 warned of "chaos" if troublemakers infiltrated the demonstrations.
On March 8, tens of thousands in several cities took part in the biggest rallies yet against Bouteflika's candidacy.
- Bouteflika quit race
On March 10, Bouteflika returned from Switzerland. The next day, he pulled out of the race.
"There will not be a fifth term" and "there will be no presidential election on April 18," he announced on official media.
Major protests were held on March 15 in key cities, demanding Bouteflika's ousting.
- Holding on to power
On March 18, Bouteflika issued a statement confirming he would stay on as president beyond the end of his term on April 28 and until new elections were held, following a constitutional review.
- 'Unfit'
On March 26 army chief Ahmed Gaid Salah called for Bouteflika to step down or be declared medically unfit to rule under the constitution.
On March 29, hundreds of thousands of anti-government protesters thronged the streets of Algiers and other cities. Demonstrators were unswayed by the moves by top loyalists to abandon Bouteflika.
On March 31, Bouteflika reshuffled his cabinet.
On April 1, a statement on official media said Bouteflika would resign before his mandate expires on April 28.
On April 2, Bouteflika officially resigned.
- Protests continued
Parliament named Abdelkader Bensalah as interim president and a July 4 election date was set in a transition endorsed by Algeria's powerful military.
However, protests didn't end. Protesters marched in cities, demanding root-and-branch reforms - including political pluralism and crackdowns on corruption and cronyism.
(With input from agencies)