Inside Yemen: African refugees - exploited and extorted
By Natalie Carney 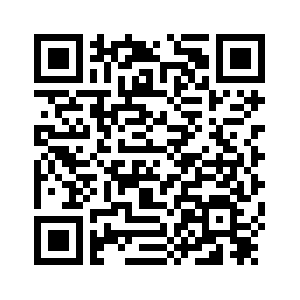 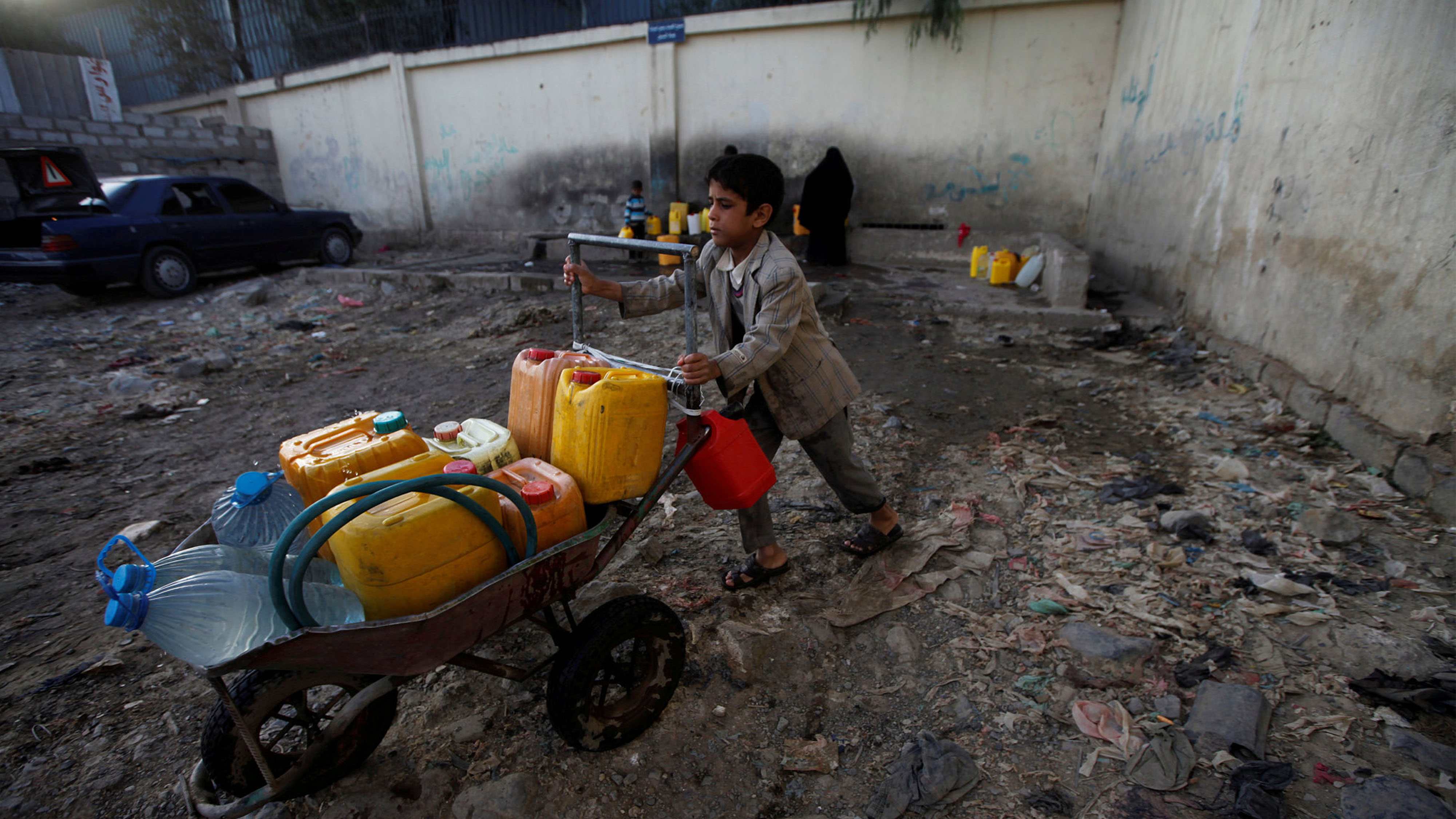 For years Yemen has been a transit point for migrants and refugees from East Africa seeking opportunity and fortune in oil-rich Gulf States.
This was exactly what 51-year-old Abdul Rahman Hussein had envisioned when he, his wife and four children left their native Somalia three years ago for what he hoped would be a better life abroad.
"I faced a lot of problems in Somalia," Abdul Rahman told CGTN in an open concrete room, lit only by the sunlight coming through bullet-riddled corrugated metal that made up the roof. 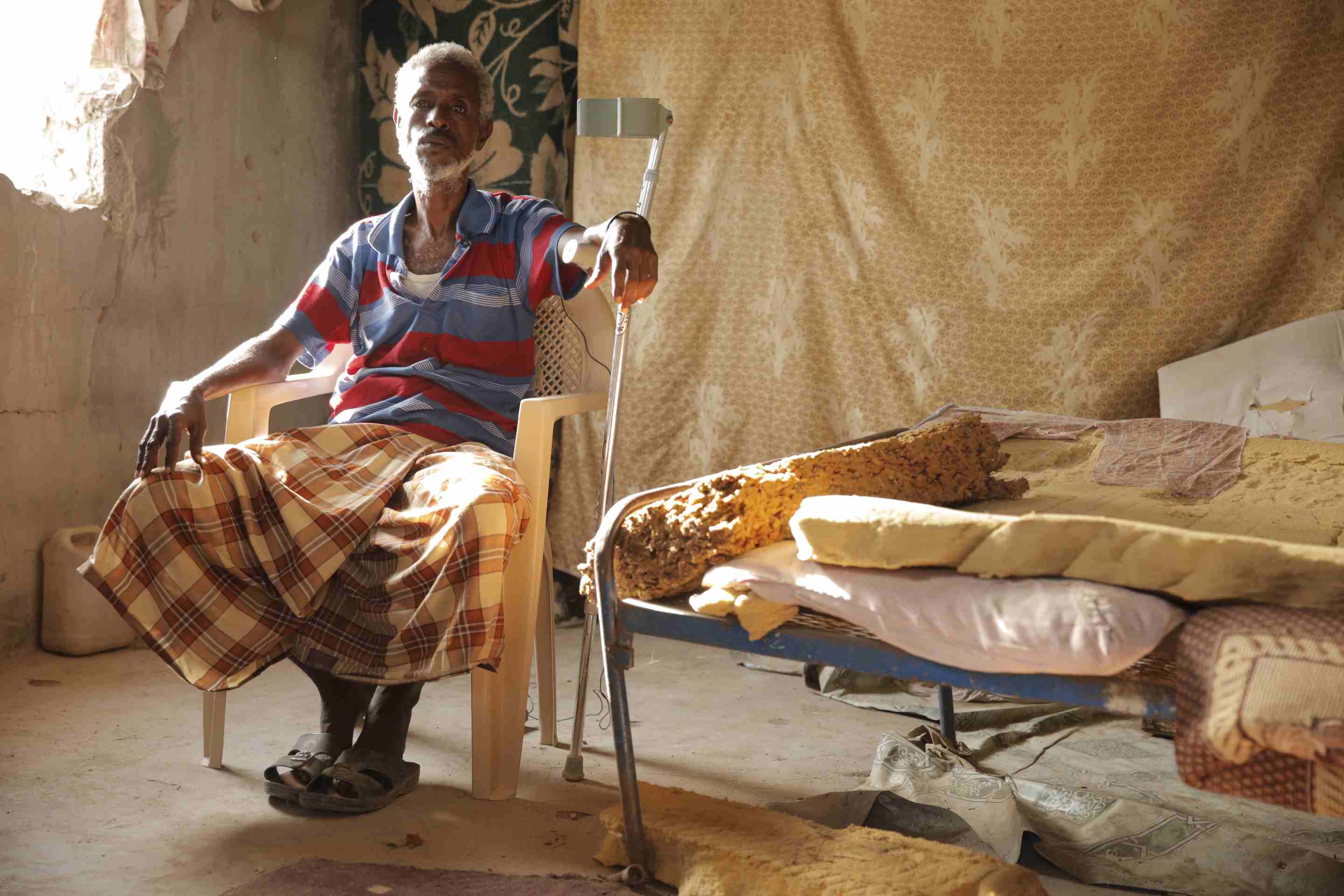 Abdul Rahman at his one room shelter in Yemen. /CGTN Photo

Abdul Rahman at his one room shelter in Yemen. /CGTN Photo

Somalia is one of the poorest countries in the world with an economy crippled by ongoing violence and political unrest.
Abdul Rahman sold everything the family had to pay for them to get to Yemen. After multiple bus journeys across Somalia to the northern port city of Bosaso, they boarded a small boat and set sail across the Gulf of Aden.
However, once in Yemen, the family was surrounded by a group of armed men who took all their money and belongings.
Abdul Rahman said, "These groups who pretend to belong to the government, but are not, are armed groups with the only goal of taking money from people arriving on the Yemeni coast."
Since Yemen's war erupted in 2015, the fighting and dire economic conditions across the country have made the journey from Africa even more dangerous. 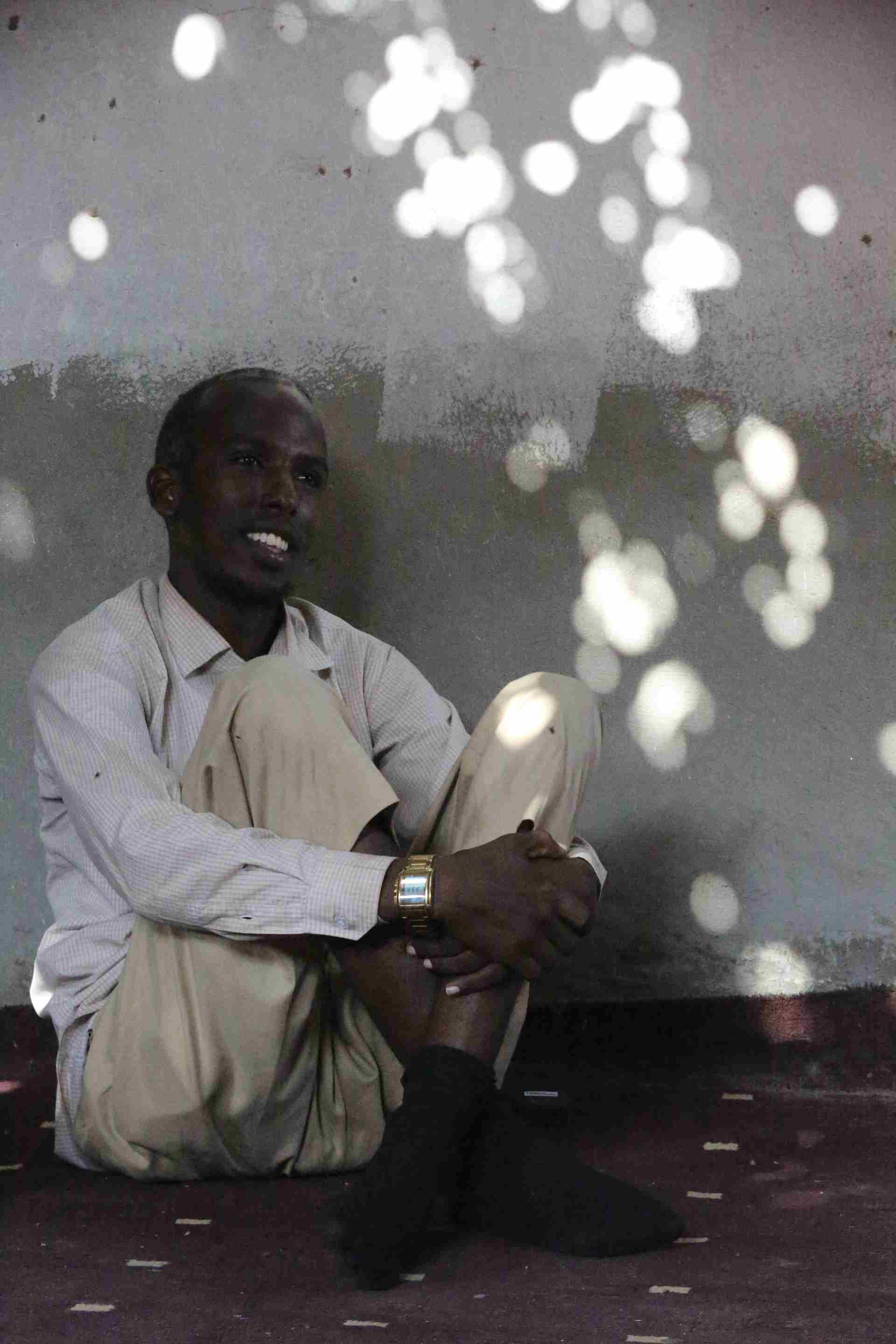 Abdul who came to Yemen in search of work was robbed twice at gunpoint. /CGTN Photo

Abdul who came to Yemen in search of work was robbed twice at gunpoint. /CGTN Photo

27-year-old Abdul knows that all too well.
He came to Yemen two months ago in search of job opportunities, but never imagined that he would become an "opportunity" for others.
"They took all our money," he said, describing his capture by armed thugs when he and a group of other Somali migrants arrived on Yemen's shores. "We spent a whole week with them, between life and death. We were treated badly and beaten. They took two of the Somali refugees to an unknown place. I don't know what happened to them."
Those who had money or expensive items such as jewelry or watches were able to buy their freedom, says Abdul, but only a few days later he was again robbed at gunpoint. At this stage he only had his cell phone to offer, which he did, in return for his safety.
Despite all the dangers, the United Nations says the number of migrants traveling across the Gulf of Aden and Red Sea to Yemen has been rising steadily.
According to the International Organization of Migration, nearly 100,000 people crossed over to Yemen from the Horn of Africa last year alone, despite all the risks associated with the journey.
Abdul Ghali Hassan Ali, who runs an Aden-based organization under the United Nations High Commission for Refugees, said these gangs are well organized. 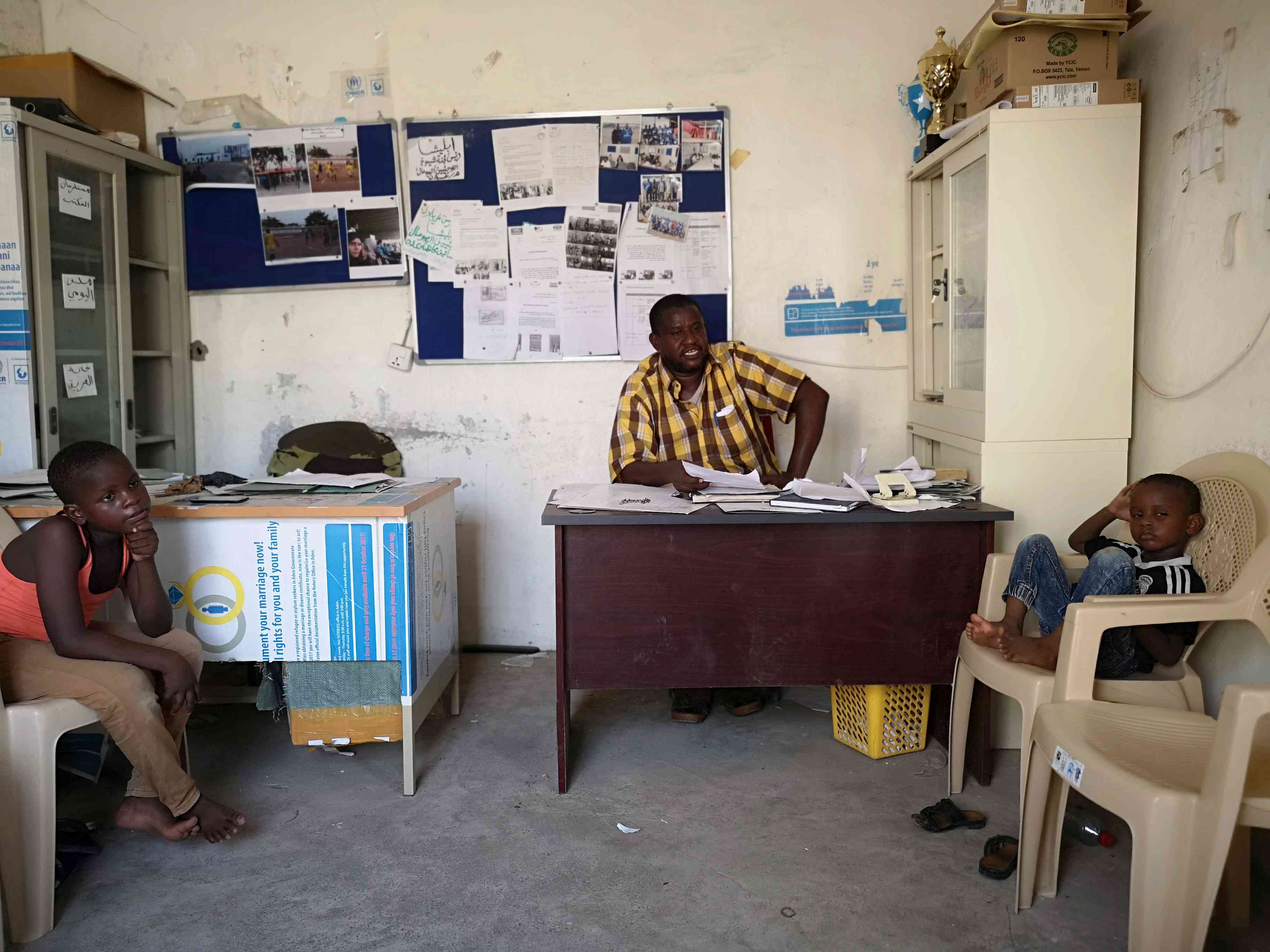 "The armed groups are not operating in Aden at the moment," he explained, "but they are present in Shabwah governorate. If the refugee doesn't have a refugee pass card they aren't granted access through checkpoints. So they go directly to Shabowah where they get off the boat immediately without needing a refugee pass card. They then move toward Hudaidah then onto Saudi Arabia."
Shabowah is where 25-year-old Mohammed was captured by an armed group and taken to what he was told was a "detention camp."
"There were already a lot of other people but not from our group," he described. "I can't really tell you how I felt during that period because all you could hear is people crying from being tortured until someone helps them or sends them the money to buy their freedom. I was one of 13 people who paid and were released after 2 days."
Mohammed paid 250 US dollars to be released. 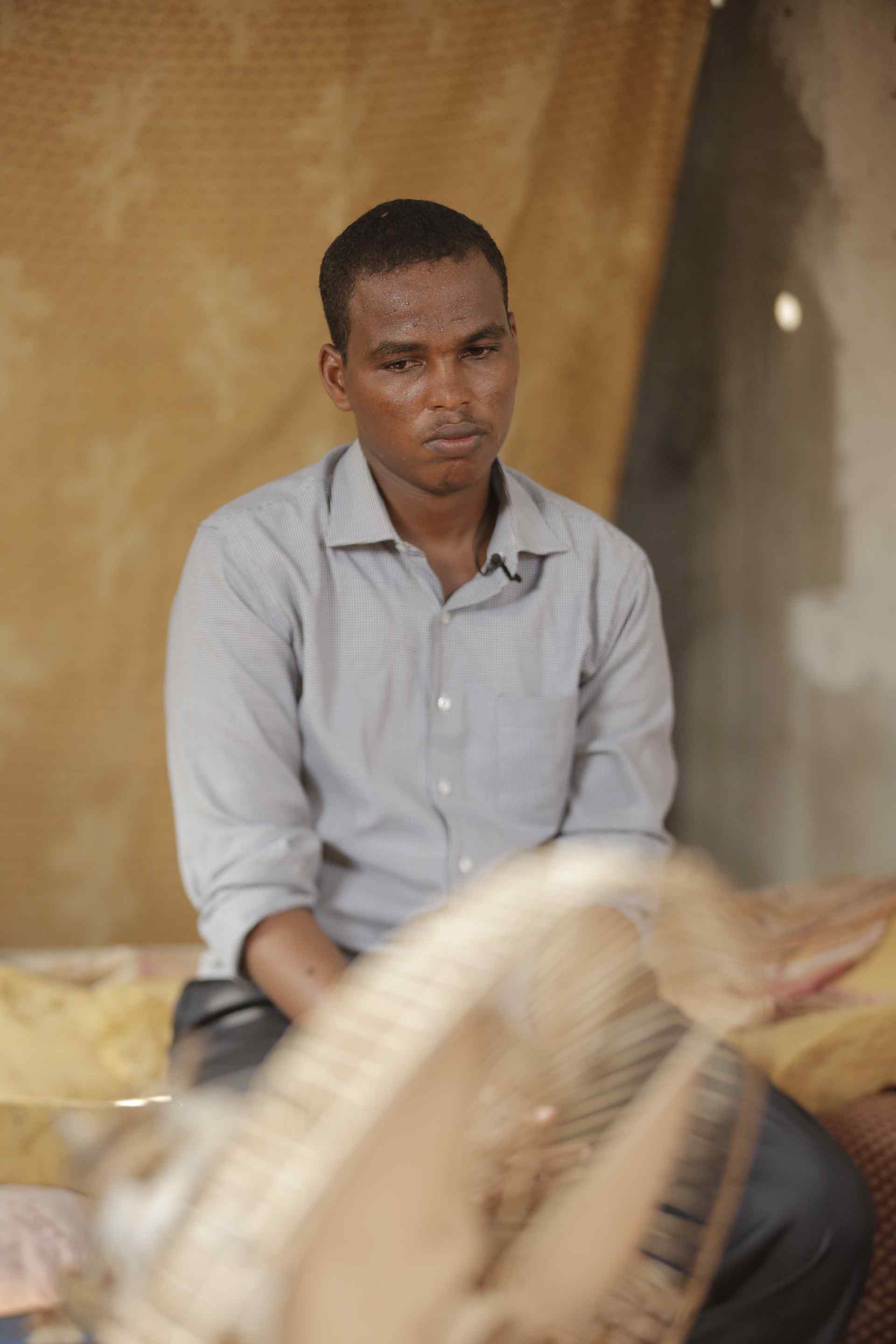 Mohammed bought his freedom at 250 US dollars. /CGTN Photo

Mohammed bought his freedom at 250 US dollars. /CGTN Photo

All these men say they don't believe the armed groups that robbed them were affiliated with any larger terrorist organization, known to operate in Yemen's power vacuum, but the country is no stranger to corruption on all levels.
Earlier this year, a detention center for illegal African refugees, reportedly run by the government, was closed after reports emerged of torture, rape and executions.
Yet despite all this Adbul Rahman doesn't regret.
Shortly after his arrival, he was crippled when shrapnel from the conflict damaged his leg, making it very difficult for him to financially support his family, but he applauds the Yemeni people for being very generous.
"As soon as they realize that you are disabled and unable to work," he said, "they call you and give you some money or something to eat. I never witnessed such kindness in my home country, Somalia, but here I've met a lot of generous Yemeni people."
In reality, most Africans in the country are forced to depend on charity. According to Abdul Ghali Hassan Ali, services for migrants previously provided by the government and aid organizations have been cut by half as Yemen's war continues to challenge all aspects of life in the country.