Opinion: The Belt & Road Initiative is bridging China, Nepal and beyond
Wang Li 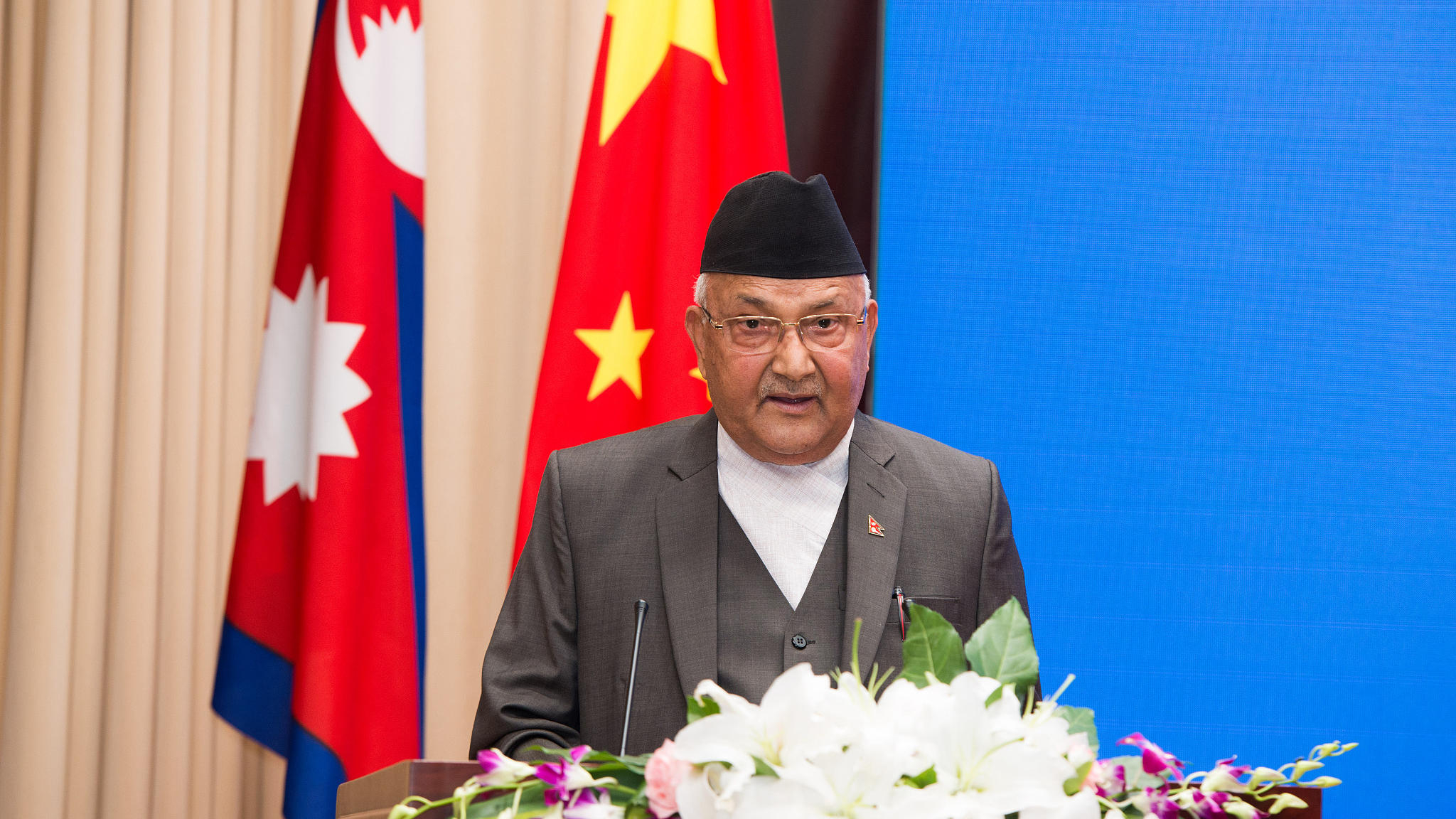 Editor's note: Wang Li is a professor at Jilin University in China. The article reflects the author's opinion, and not necessarily the views of CGTN.
At the invitation of Chinese Premier Li Keqiang, Nepali Prime Minister K. P. Sharma Oli paid an official visit to China starting from June 19.
Internationally, Nepal is not regarded as a major power, but China has maintained good relations with it based on equality and mutual respect since 1955 when the two sides normalized their diplomatic relationship.
According to the ambassador of Nepal to China Leela Mani Paudyal, “PM Oli’s visit would focus on building mutual trust on the highest level.”
In light of this, the two countries have agreed to enhance bilateral co-operation in infrastructure, trade, tourism and investment under the framework of the Belt and Road Initiative.
Historically, China and Nepal have carried out mutually beneficial cooperation in light of the Five Principles of Peaceful Coexistence since the mid-1950s.
China has appreciated Nepal's resolute adherence to the one-China policy and Nepal has never allowed any force to engage in any anti-China activities on its territory.
As one of the two giant neighbors to Nepal, China has consistently endorsed Nepali self-selection of social systems and development roads in view of its own interests.
As a result, the two countries have cooperated in various fields including safeguarding the shared core interests. During his current visit to China, Prime Minister Oli and his Chinese counterpart have vowed to collaborate in building up “a community with shared future” proposed by President Xi.
Meanwhile, China and Nepal have always taken India’s core interest into consideration, as India is not only an ancient civilization and an emerging power, but also their common neighbor geographically. 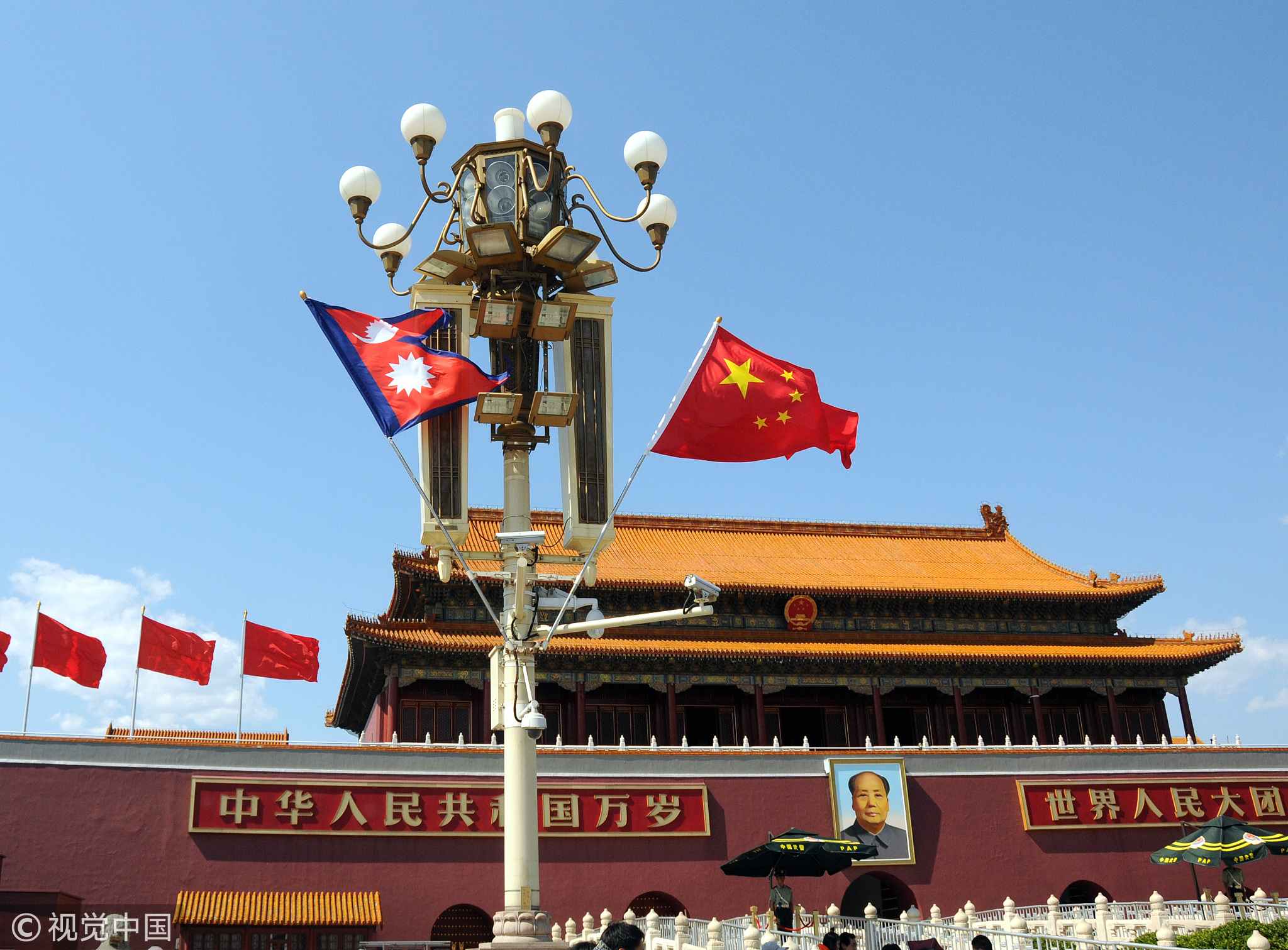 China and Nepal have cooperated in various fields including safeguarding the shared core interests./ VCG Photo

China and Nepal have cooperated in various fields including safeguarding the shared core interests./ VCG Photo

Culturally and religiously, India and Nepal have shared much more than other countries. Yet, Nepal is a sovereign state which seeks to maintain a well-balanced relationship with India and China.
Over the past decades, Nepal has been eager to turn more focus on diversifying the areas for and scope of engagement with China which is now Nepal's biggest source of foreign direct investment and its second-largest trade partner.
China-funded projects such as the construction of an international airport in Pokhara, the Capital Ring Road expansion, hydropower stations and highways are underway.
Owing to this, PM Oli’s visit to China aims to facilitate the agreements under the Belt and Road Initiative. China and Nepal have discussed in details a trilateral plan for economic corridor between China, India and Nepal.
Nepal has its own right on how to develop its national economy and society which should be fully respected by its two giant neighbors and the international society as well.
Due to China’s increasing influence in Nepal, India has become more concerned with its traditional leverage in the country.
Frankly speaking, India and any country in the world should allow Nepal to make its own choice legally and socially by rejecting any external interference into Kathmandu politics.
Given this, it is understandable that Nepal is right to develop a “balanced” friendly relationship with China and India. 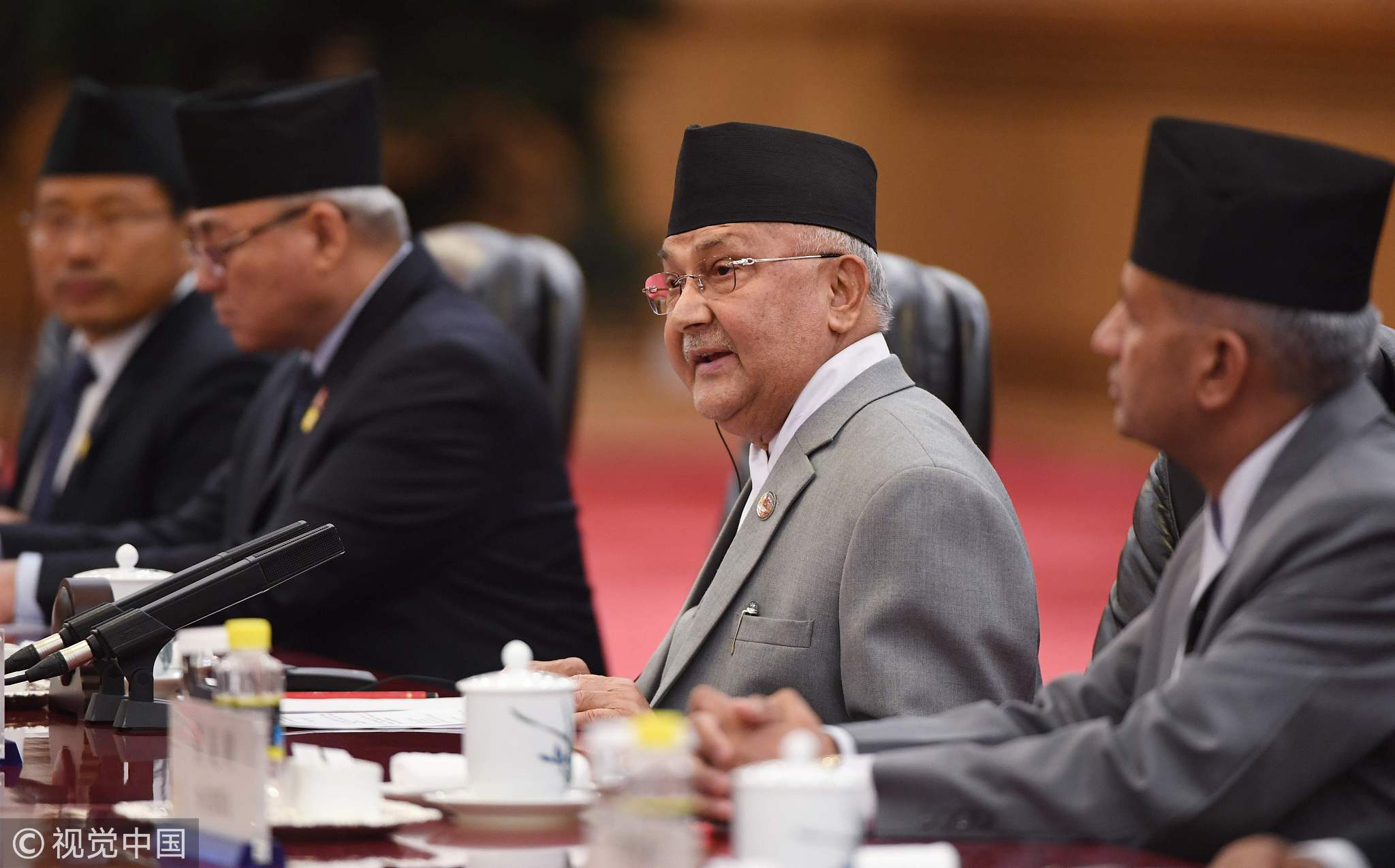 June 21, 2018: Nepal's Prime Minister K.P. Sharma Oli (C) speaks during a meeting with Chinese Premier Li Keqiang (not pictured) at the Great Hall of the People in Beijing./ VCG Photo

June 21, 2018: Nepal's Prime Minister K.P. Sharma Oli (C) speaks during a meeting with Chinese Premier Li Keqiang (not pictured) at the Great Hall of the People in Beijing./ VCG Photo

China has been well aware of the scenario in which Nepal needs India more than any other major powers in an overall sense.
And Beijing has called for a cooperation agreement among three countries based upon inclusiveness, moderation, tolerance and mutual respect.
That led to the proposal of “trilateral economic corridor” proposed by Chinese leader in 2015. Despite the suspicion from the Indian side, China’s stand on the trilateral ties has been transparent and open.
Recently Chinese FM Wang Yi reiterated that "whether it’s China or India, our two countries shall be happy to see Nepal’s new development after its political transition."
True, as close neighbors, China, India and Nepal have called to build a highly interconnected network and a sound trilateral economic corridor to improve their connectivity and to serve common prosperity.
In brief, China stands ready to strengthen cooperation with Nepal and India if the latter likes to join, in infrastructure connectivity, crisis management such as post-disaster reconstruction, trade and investment under any circumstances.
The three nations share common borders, they have enough reasons to be good neighbors, natural partners and long-term friends.